Kenzo Takada, born Himeiji, Japan, in 1940, is the founder of Kenzo, the Japanese label most famous here for its flagship perfume, Flower, housed in an elegant and striking bottle. His design style is bold, vibrant and colourful. 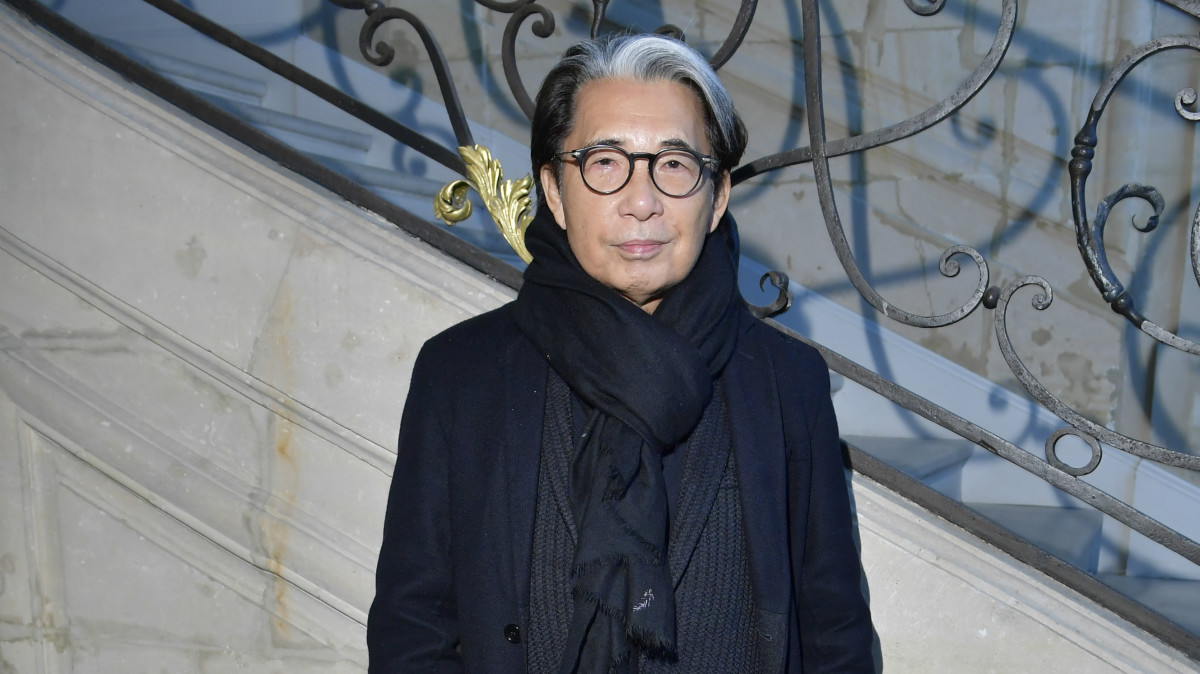 Kenzo’s parents owned an inn and had seven children. They sent him away at the age of 18 to the University of Kobe to study literature – which must have been quite an achievement for someone from such a large family and modest income. Much to his parent’s horror, however, Kenzo, who had grown up reading his sister’s fashion magazines, wanted to study fashion instead. He took evening courses in the subject whist working part time in Tokyo, and after six months succeeded in gaining a place at Bunka Fashion College – one of the first male students through its doors.

A start in fashion for Kenzo Takada

Two years later, in 1960, he won the prestigious Soen prize and got a job at the Sanai department store. He designed girl’s clothing, producing up to 40 different designs a month.

After that, in 1964, he moved to Paris, hoping to join the high fashion world. But he was unsuccessful in finding a job. After some time he decided to put together his own collection. The story goes that having no money, however, he had to piece the clothes together from different scraps of fabric that he found in the market. This method dictated his famous colour and pattern clashing signature.

Kenzo was highly influenced by Andre Courreges and his space age designs at that time, and designed 30 outfits like his. Five of the designs were accepted by Louis Feraud. It gave him a little toe hold in the fashion world, over the next few years he went on to get the odd freelance job in different department stores and for Pisanti textile group and Relations Textiles. 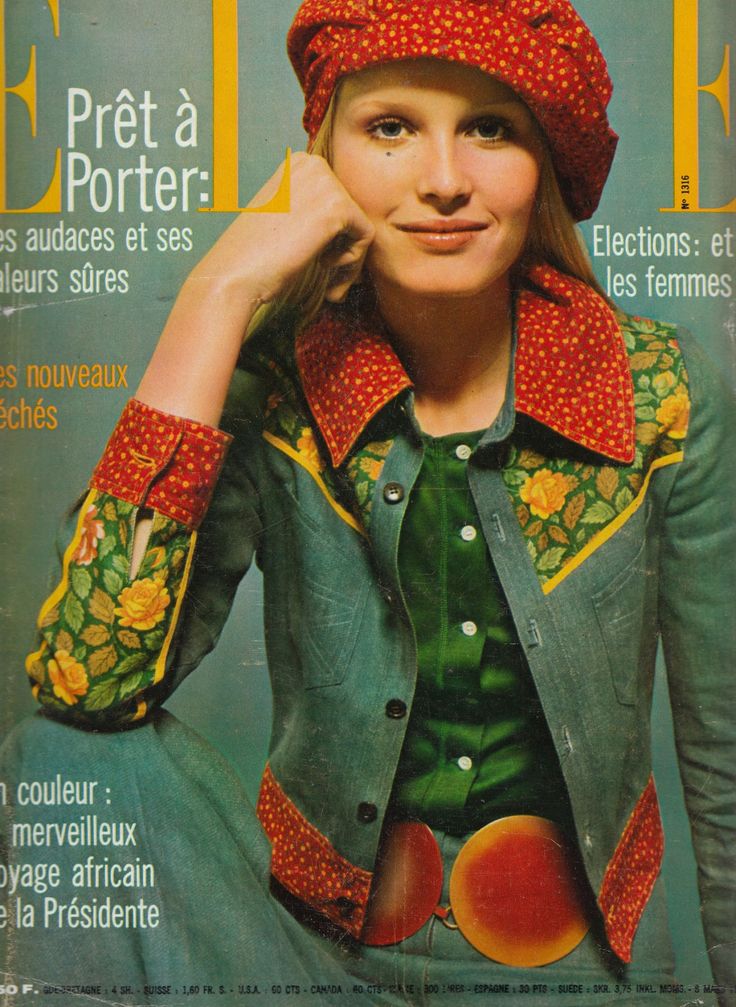 Kenzo clothing on the cover of Elle Magazine. Image via Pinterest.

In 1970 Takada opened his own boutique, “Jungle Jap”. His look was based on traditional Japanese designs but his particular interest lay in colour and print.

He renovated his shop, a former antique clothing store in a tucked away part of Paris, himself. Later on, the location would move to a more fashionable district, where it attracted more attention.

Simultaneously to opening his shop, Takada put on his first fashion show, in the shop itself. That year, one of his designs appeared on the cover of French Elle. 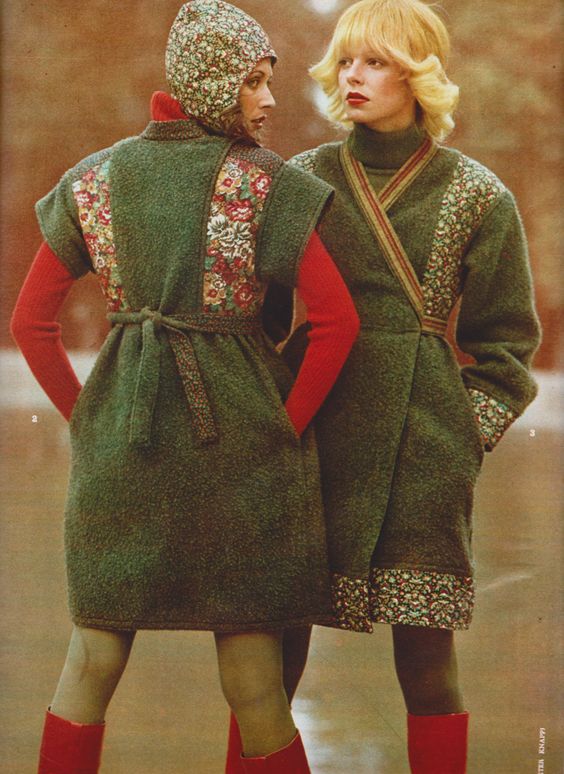 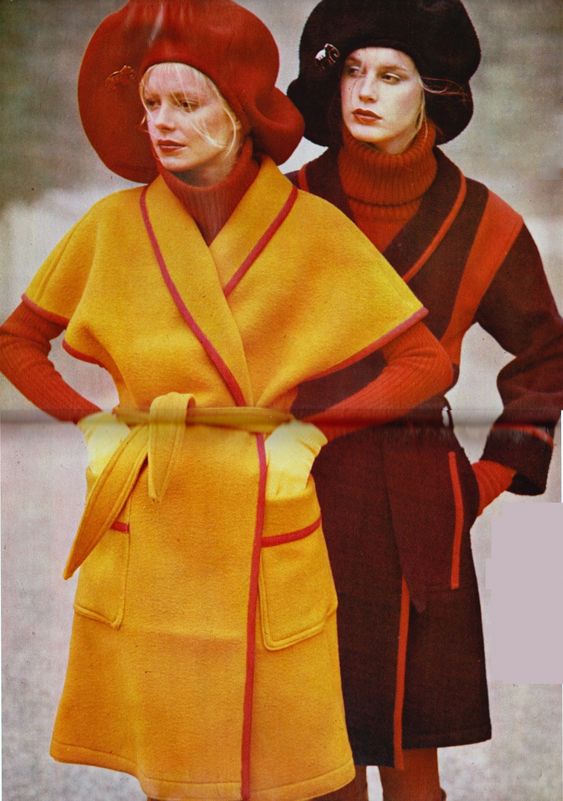 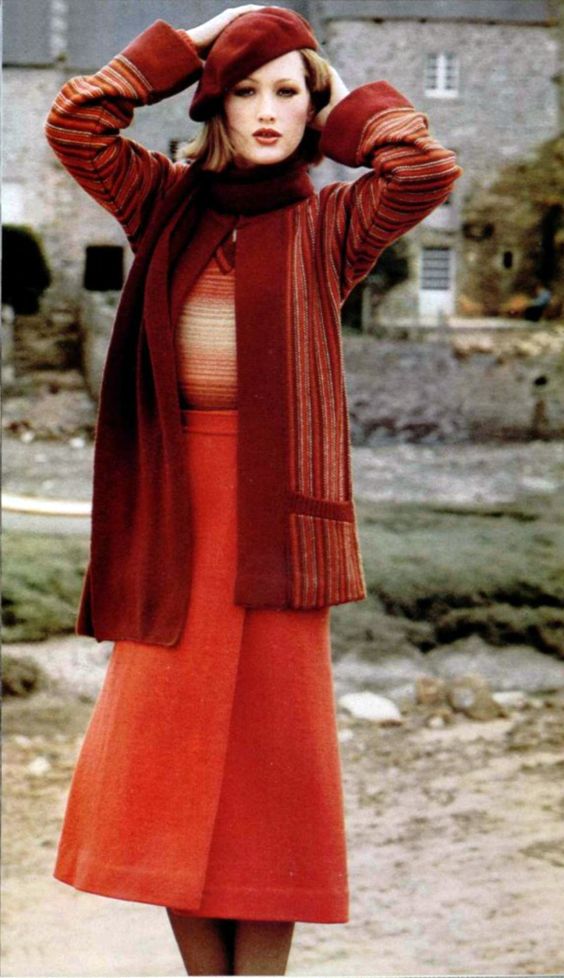 In 1971, he put on shows in New York and also Tokyo. His designs also appeared in American Vogue, where they, and his unusual store, got a very bad review as the latest craziness to hit the Paris fashion scene. He was working on an East Meets West concept, where the unfitted Japanese shapes met Western garments. He presented billowing smock dresses and oversized dungarees with enlarged armholes and developed unique shoulder shapes. His work was dubbed “The Big Silhouette” and whatever American Vogue thought of it it became very popular and trendsetting among Japanese youth. In 1972, he was presented with the Fashion Editor Club of Japan Prize. 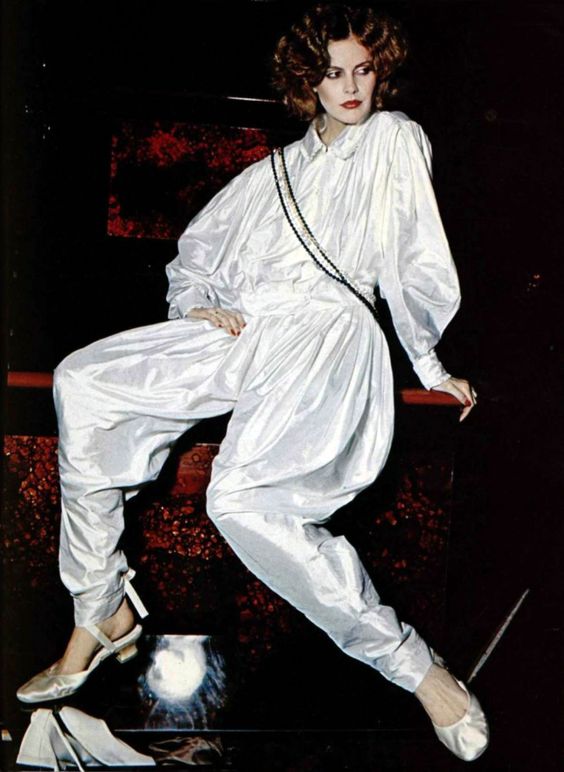 1978 and 79 saw him with enough money to have some fun with his presentations. He showed in a circus tent, and as a finale had women on horses wearing transparent uniforms accompany him when he came out for his bow – riding an elephant.

Kenzo branched into menswear in 1983. By 1988 he was ready for perfume, with his female scents Kenzo de Kenzo, Parfum d’été, Le monde est beau and L’eau par Kenzo. Men’s perfume, his Kenzo pour Homme, followed in 1991.

His most famous perfume, Flower by Kenzo, was launched in 2000 in its iconic bottle which was since seen many variations. A skincare line, KenzoKI, quickly followed.

The tiger sweater. Image via Lyst.com

In 1993 LVMH bought the Kenzo label, and in 1999 Takada himself retired, leaving the business to his assistants. In 2008, the Italian designer Antonio Marras, who had started work for Kenzo five years previously, became creative director. He was succeeded in this role in 2011 by Humberto Leon and Carol Lim, the creators of US brand Opening Ceremony. “They’re very young, passionate designers and I’m happy to see how they’ve made a lot of young people become fans of the Kenzo brand,” Kenzo later commented. The duo revived the brand and created must have items like the tiger print sweater for men in clashing colours. They are still in charge at Kenzo.

In the meantime, Takada started a brand called Gokan Kobo, which translates as “Workshop of the Five Senses” in 2005. “When I stopped working five years ago, I went on vacation, I rested, I traveled. And when I decided to work again, I told myself it would be in decoration, more than fashion.” The brand sells furniture, tableware, and other things for the home. “I enjoy working with the specialists of each field and I appreciate how we inspire each other to create something new,” he enthused.

In 2013, he was asked to become the Asian Couture Federation’s inaugural Honorary President. He says he was surprised by the appointment as he had “never done couture as a business.” His advice for young Asian designers was to “build up their brand identity,” while “designing for the era that they live in”.

“In the seventies, couture was the old way of creating fashion,” said the designer. “But how we think about fashion back then is very different from what it is now. Technology, fashion trends change over time and so does the mindset toward fashion in Asia. Designers need to be aware of these changes and design according to their times.”

Kenzo Takada himself, at the age of 78, has stuck to his guns in not designing fashion himself. “I will always love fashion and follow it, but it’s tough and I did it for years. Today you need gigantic teams and it’s a very hardcore way of working. It’s an intense life. I don’t want to create new collections anymore, I’m too old!”

But he still designs prints. Last year he created a collection of ceramics and sofa fabrics for the French furniture brand Roche-Bobois based on ancient kimono worn for Noh theatre. Not one for computers, he painted the designs by hand himself as he always has done.