Junichi Abe is a Japanese designer who worked with Junya Wantanabe, Yohji Yamamoto and Comme des Garçons, and whose catwalk label, Kolor, was launched in 2004. His designs have a distinct character, with unexpected silhouettes and interesting fabrics. The label is well-known for its highly original collaborations with Adidas.

Junichi Abe realised he wanted to be a fashion designer in his first year of high school when he saw the work of Rei Kawakubo and Yohji Yamamoto. On graduation he studied at Bunka College, the hotbed of design talent in Tokyo which has given birth to most of the top names in the Japanese fashion world. But he admits he was not the hardest of workers. “I was not really a diligent type of student. At school, everyone constantly received challenging assignments and work, but I think that became very good training for me in the end.” 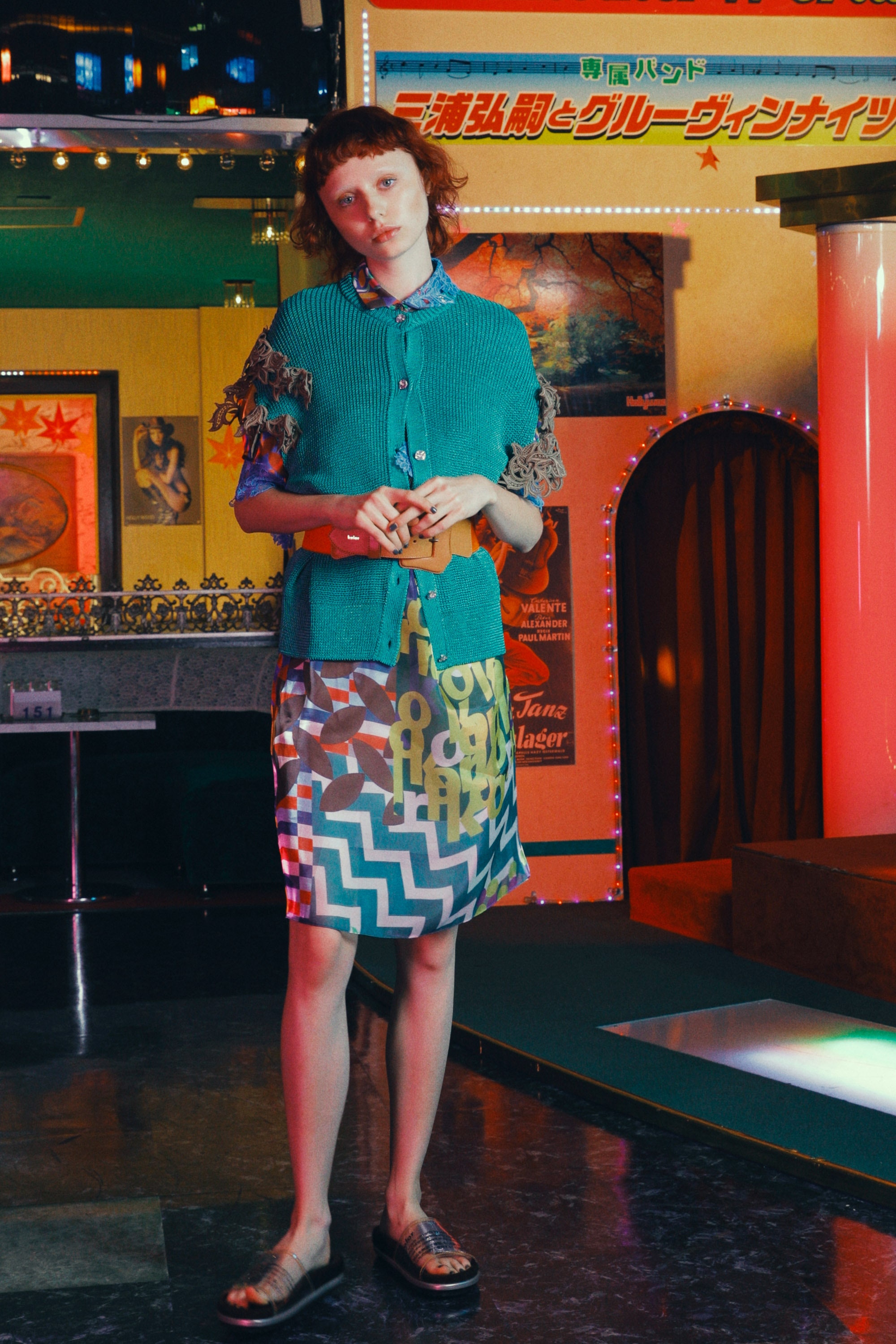 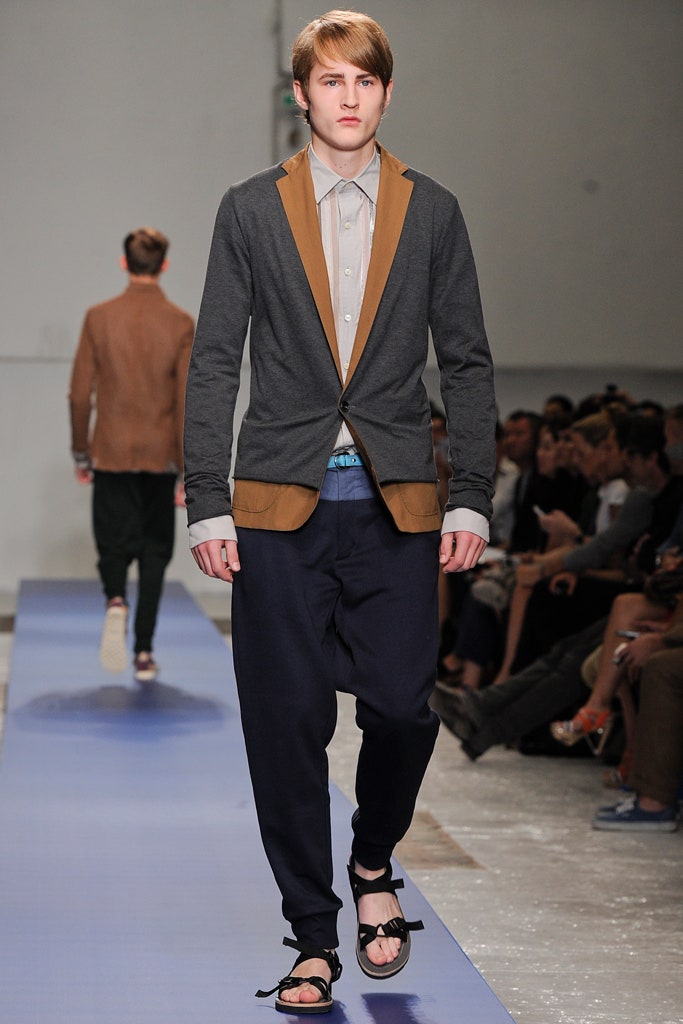 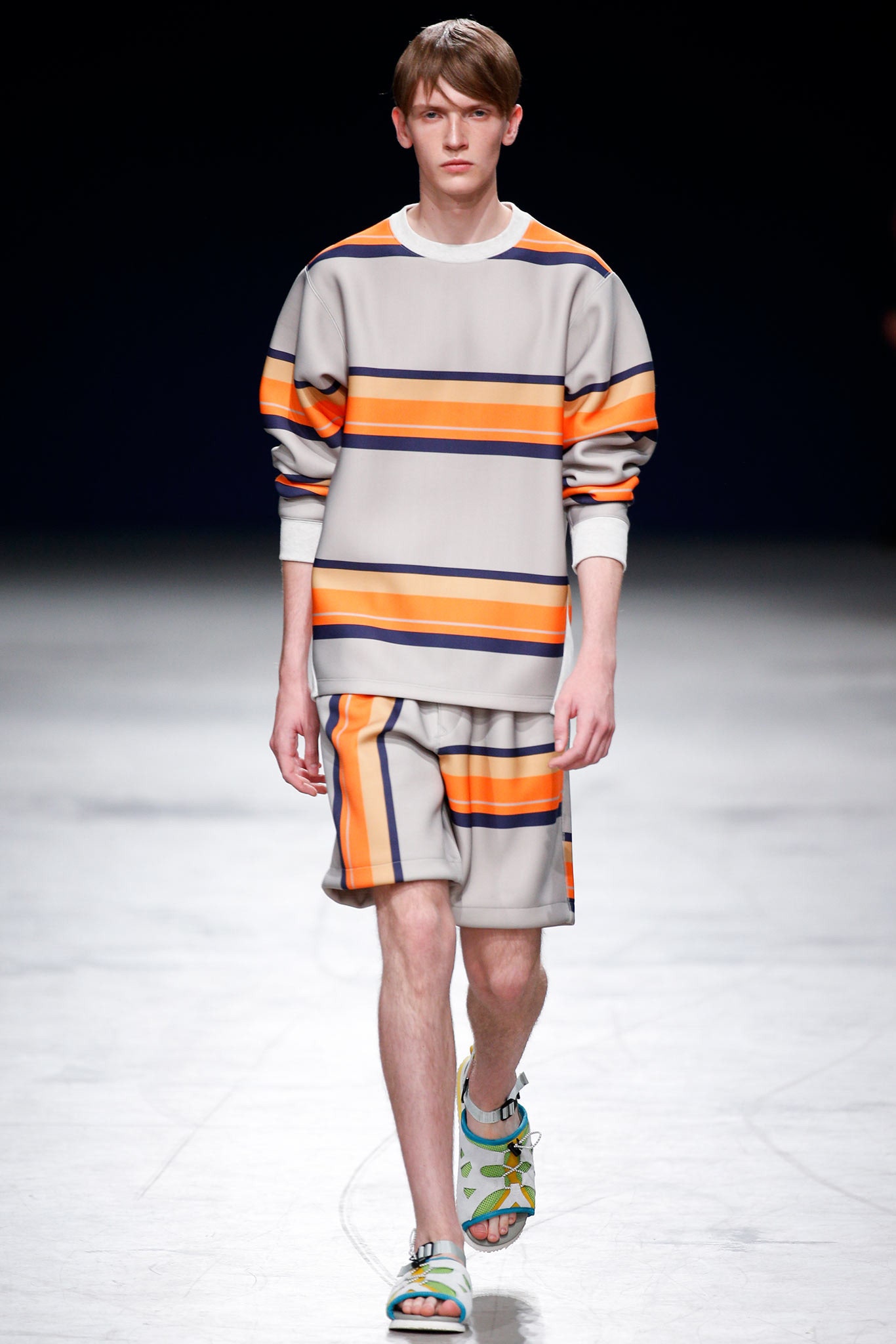 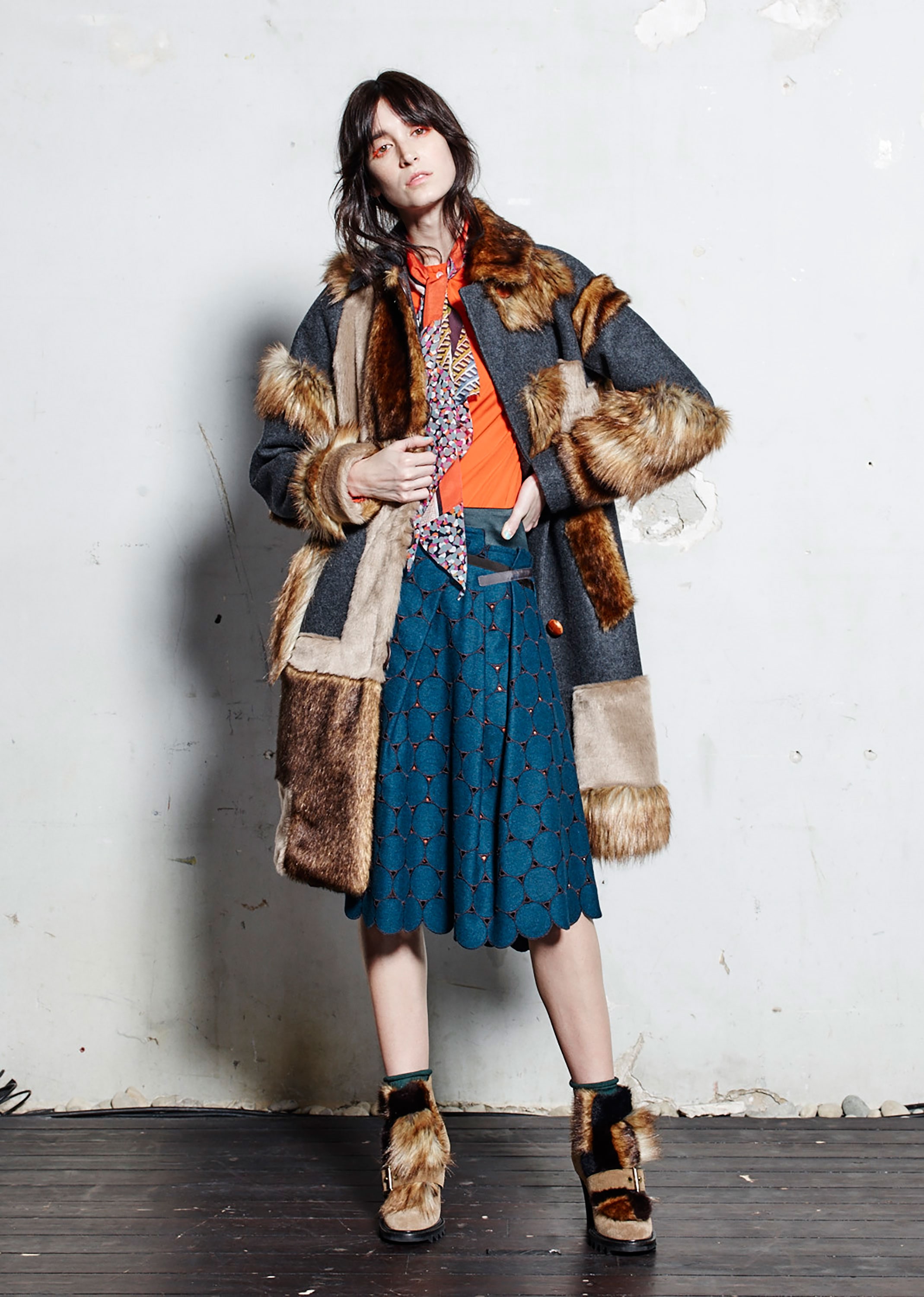 A Dream Job for Junichi Abe

After that, Junichi Abe went straight into his dream job as a pattern cutter at Yohji Yamamoto, who had also studied at the college a generation before. By 1989 he had moved  to Tricot Comme des Garçons,and, with his team, was transferred to the new Junya Wanatabe label, who was, and is, a designer and brand nurtured under the umbrella of Commes.

“There are countless things that I learned from working at Comme des Garçons,” said Abe. “It is of course the knowledge of techniques and skills. However, what influenced me more — even today — is the ethic toward work and the way to face design.”

Junichi Abe and Junya Wanatabe are actually close in age, but he still felt that they had a master and pupil relationship. “Watanabe was really strict toward work; therefore, working for him was, of course, not easy, but I learned many meaningful things from him.”

Marriage and Moving On

However, it wasn’t all hard work and no play at the Commes des Garcon stable. While there, Junichi Abe met and married his wife Chitose Abe, who is also a fashion designer and now heads Sacai.

But after four-and-a-half years at Junya Wanatabe, Junichi Abe grew annoyed with the rapid turnover of the fashion cycle. In response, alongside three friends, he launched the label ppCM in 1994. The concept was to create more long-lasting garments, immune to the whims of the fashion calendar and the demands of seasonal fashion shows. When it disbanded, in 2004 he struck out on his own with Kolor.

With Kolor, Junichi Abe returned to the traditional fashion calendar. But he says that he works differently from the other designers. He doesn’t take a seasonal buzzword but rather an abstract emotion as his inspiration. “It cannot be defined by words, and I think it shouldn’t be either,” he asserts. “Each season, we are aiming to create a collection carrying a feeling or mood that seems necessary at that moment, while also having an optimal balance within many different elements”…“I ensure the feeling I have within myself at that moment has as much detail as possible,” he adds. “People may think it is an easy thing to do; however, to be honest, it is actually not that easy to face oneself.”

Kolor, has been shown at Paris Fashion Week Mens since 2012 and expanded to Paris Fashion week in 2015. It is stocked at all the leading fashion stores, including Mr Porter and Matches. However Abe keeps a close eye on its stockist and won’t allow just anyone who wants it to order Kolor.

The clothes themselves are based on Junichi Abe’s interest in fabric first and foremost, with custom designed Japanese cottons, polycottons and tech fabrics at their heart. The silhouettes are generally oversized and spacious. However, despite Abe’s sometimes gnomically intangible quotes, the collections aren’t as rigorously intellectual as you would expect: there is no art degree required to wear them. Instead, there is a mix of colour, prints and textures. Tulle ruffles and tiger print appear, and sweatshirts are layered with lace and satin skirts.

In 2015 Kolor announced a collaboration with the sportswear giant Adidas. Adidas and Kolor decided that the collaboration should not simply be a fashion line but part of their performance collection, which means that the pieces needed to not only look good but primarily to work effectively for athletes.

“In order to find the balance in which the product can perform as a piece of sportswear while still having a new expression, I had many discussions with the team from Adidas, especially for decisions on materials and shapes. Combining my aesthetics and Adidas’ technicality is not necessarily a challenge—the real difficulty was actually finding the limit of what we can do to make the items still wearable for sports activities. Overall, it’s exciting to be able to use Adidas’ myriad forms of technology in my design”, commented Abe.“I worked closely with adidas on how to use technology-driven fabrics without affecting the overall design; instead, we carefully ensured that the design didn’t disturb the technology.”

Junichi Abe says that when he first began his collection with Adidas it influenced his main collection, and the result was that the clothes on his catwalk were much sportier, something he had tried to avoid in the past, alongside obvious themes such as militaristic etc. However, working with the team at Adidas greatly inspired him to abandon these principles, although he hoped his work presented a “fresher expression of sportiness”.

Junichi Abe into the Future

In the three years since then, there have been multiple Kolor collections and things have moved on. The clean lines of sportwear are replaced by Native American influence, Seventies patchwork, and snapshots of the natural world.

As for the future? “I am thinking that to work on what’s in front of me as perfectly as possible will eventually connect me to the next step,”says Junichi Abe, with undeniable logic.