Alice: Curiouser and Curiouser at the V&A Museum is a lovely show, very striking, well-curated, and with a nice mix of set pieces and details. And, of course, plenty of Alice-inspired fashion.

Alice in Wonderland and Alice Through the Looking Glass, as well as The Hunting of the Snark, by Louis Carroll, have inspired so, so many other art forms, including music, design, painting, and fashion. The books, especially the first one, were instant best sellers, and the illustrations by John Tenniel defined the imagery from the start.

Although Disney’s version probably has a lot to do with cementing its enduring reputation, there’s something else in this woozy nonsense that makes it stick. It has been claimed by the Surrealists, by 70s counterculturists, and psychoanalysed minutely (did you know, for example, that the shouty, bleeds Red Queen may stand for Alice’s menstruation, standing on the cusp of adulthood as she does? Well, it never occurred to me).

This show covers much of the detail from the history of original book, as well as interpretations. The book was written by a mathematics professor, Charles Lutwidge Dodgson, under the pen-name Lewis Carroll. He wrote it for a young friend of his, the Dean of Oxford’s daughter, Alice Liddell. Dodgson often took Alice, along with her sister and brother, on picnics or out for treats. He took photos of the children. The mathematician and writer played with, and made friends with, lots of children.

The exhibition traces “The Real Alice’s” life and family. Alice in the book was determined, curious, adventurous, brave, clever and stubborn. Apparently, so was her inspiration. Later in life she was taught by John Ruskin, explored volcanoes and was photographed by Julia Margaret Cameron. Actual Alice had a dark bob with a fringe. When John Tenniel illustrated the books, he drew his own vision of the girl, with long blond hair.

Controversy over the Books

There is one thing not addressed in the exhibition. There have been some suggestions that Dodgson was inappropriately attracted to Alice Liddell, and that his portraits of her and other children show an unsavoury side. I think that is viewing it through too modern a lens, and as well as that, the Oxford don has become a victim of his own cover-up.

When Charles Lutwidge Dodgson became a Fellow at Oxford, which included a stipend and a home for life, he was supposed to take Holy Orders and a vow of celibacy. His own father had lost his teaching place at Oxford when he married. Dodgson junior didn’t take holy orders, but to keep his place, he didn’t get married either. However, he did meet with single women in his rooms. Obviously, he took care to conceal this because his job was at stake. He cultivated the image of a kindly bachelor uncle instead.

And as for the photos, it’s surprising what Victorian sensibilities though was cute or artistic, including nude children. There is a prevalence of naked full-grown women in art as well. It’s not ideal, but they are not all sexualised. It’s a fashion in art. My thoughts are that he genuinely did like children, including Alice, in an innocent way. 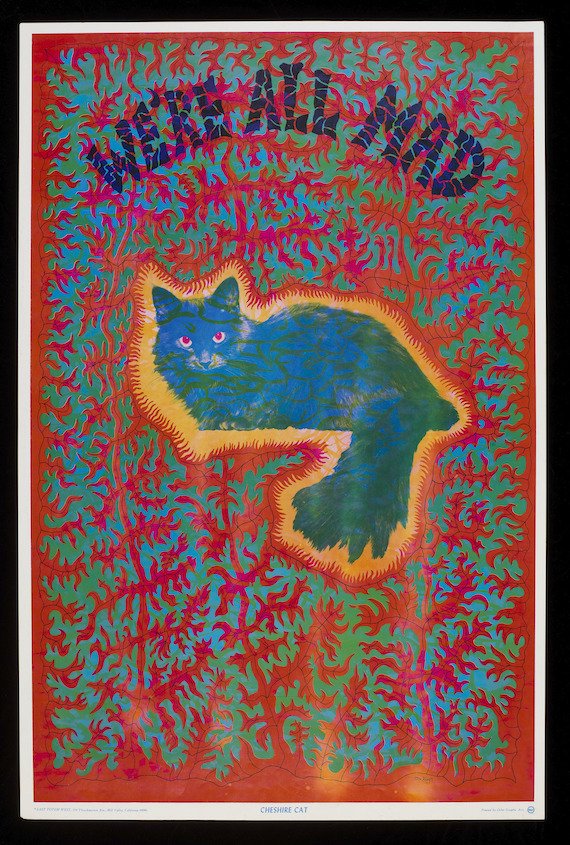 The exhibition is based on five worlds inspired by the novels. Creating Alice goes into its origins in Oxford, and the works that inspired it. It includes the original hand-written manuscript for the book and some of the original illustrations.

Filming Alice shows film clips, designs, animation cels, scripts and costumes. The first film of Alice was in 1903, and it never fell out of favour, so there is more than a century of film to draw on. One of my favourite interpretations is Czeck film-maker Jan Švankmajer’s 1988 version – appropriately creepy. (I’m a big fan, and also recommend you check out his “Little Otik” of 2000). The two most famous versions, of course, are probably Walt Disney’s of 1951, and Tim Burton’s 2010 blockbuster.

Colleen Atwood, who designed the costumes for the Tim Burton production, gets a deserved starring role here. Her work was partly based on the fashions of the 1860s, when the book was published and John Tenniel illustrated it, but also other inspiration mixed in.

There are some great costumes here. Bob Crowley’s costume for the Queen of Hearts from the Royal Ballet’s 2011 production is amazing, and Katrina Lindsay’s designs for “Wonder.land” at the Royal National Theatre in 2015 stand out too.

There is also an innovative Virtual Reality opportunity here. Visitors are invited to don a VR headset to put themselves at the centre of an animation designed by Kristjana S. Williams, called “A Curious Game of Croquet”. It aims to give the feeling of really falling down the rabbit hole, or shrinking to Alice’s size.

This section has the fashion. Alice in Wonderland has inspired so many looks. The Mad Hatter and  Alice herself are instantly recognisable, Alice with her Alice Band, white apron, blue dress and stripy tights, and The Mad Hatter with his massive hat.

Here, an Iris Van Herpen dress offers a different interpretation. The “Infinity Dress” is shown alongside a sculpture by Anthony Howe called “Omniverse”. The whole kinetic piece explores concepts of space, time and scale, as the novels do. Japanese street style pieces pick up on the cute, child-like aspect of the look, while Viktor & Rolf seem to be interpreting the Mad Hatter as a homeless person. There are also pieces from Vivienne Westwood.

Alice: Curiouser and Curiouser was at the V&A Museum until 31st December 2021.