Dorian Leigh, born Dorian Elizabeth Leigh Parker in 1917 in the USA, was one the first US supermodels. But some said you might pass her on the street and not look twice. She made it to the top through sheer chutzpah.

She was 27 when she started, too old, too short and with eyebrows too zigzagging for the standards of the time. But, with huge personal style and masses of confidence she walked to a model agency, lopped eight years off her age, and compelled them to take her on. She was booked by top photographer Louise Dahl-Wolf for a Harper’s Bazaar shoot and never looked back.

One reason for that unwavering confidence may have been her upbringing, which was extremely privileged. Her father was an inventor who made his fortune in the chemical industry when he produced a new type of etching acid. Young Dorian wanted for nothing. Her mother adored her and nurtured her like a hot house exotic. Her sister remembered that when Dorian went to the cinema and spotted a gown she simply must have, the family seamstress was sent to the movies too, going over and over again until she had sketched it perfectly and could replicate it exactly. The poor dressmaker must have wished for a pause button!

Dorian Leigh – the model with beauty and brains

Dorian Leigh. Image via The Clotheshorse. 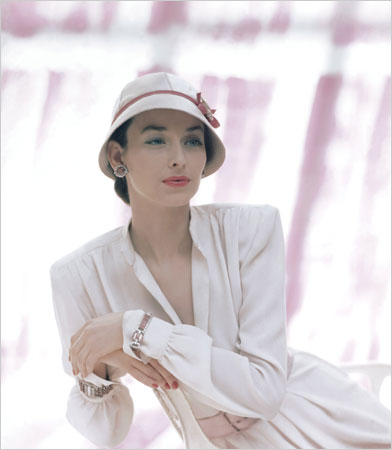 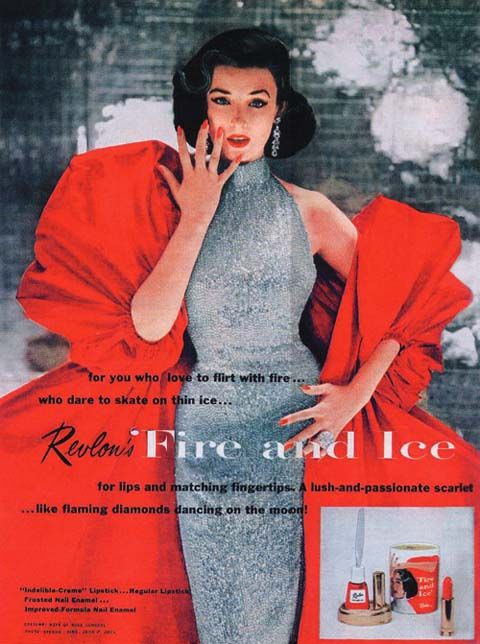 Dorian Leigh as the Fire and Ice Girl, 1952. Image via Pinterest.

Dorian Leigh had not always had ambitions to be in the fashion world. She married young, whilst at college studying mathematics – although not as young as she claimed in her autobiography. In that book, she claimed she graduated two years early, at age 15 due to her own genius, and love of learning and that she was married at age 17, when in fact she graduated at a normal age and was married at 20.

She had two children during her marriage, and later divorced. Her first jobs were as a file clerk in a department store, and then a tabulator keeping track of radio programme ratings. This made her realise her aptitude for maths and after an aptitude test showed her talent for engineering, enrolled in night school to get her BS in mechanical engineering.  She then became a technical draftsman for the US Navy, and after that had a job as a designer of aircraft parts for the Eastern Aircraft Corporation during the war. But because she was female and because of a wartime freeze on promotions she couldn’t progress in the industry. Moving directions, she came to Manhattan to become a copywriter. It was badly paid and this is where she sought additional work, storming the modelling agency for extra cash.

In this she was an instant success. Cecil Beaton named her as “The best model with whom I have ever collaborated”. Not because of her looks, because he was one of many who didn’t find her classically beautiful. But she was excellent at the skills needed for modelling, and had great stamina. “She trained herself to keep still for hours on end without showing a twitch of fatigue. Dorian sensed exactly what to hide, what to project and was an inspiration… By inventing a new mood, she elevated the sitting above the level of tawdry commercialism.”

Although her family did not seem to be still supporting her money-wise, they still had influence on her. Horrified at that taint of “tawdry commercialism”, when her image suddenly appeared everywhere they asked her to choose a pseudonym. Dorian Leigh was the name she came up with.

Dorian Leigh was popular with all of Vogue’s famous photographers. She stars in a group portrait taken by Irving Penn of his illustrious colleagues, Horst P Horst, Serge Balkin, Cecil Beaton, Erwin Blumenfeld, George Platt Lynes and Constantin Joffe. Her first assignment was in 1944. By 1950 she had starred on the cover of over fifty magazines – seven for Vogue in 1946 alone.

Her widest exposure came as the face of Revlon Cosmetics. In 1946 she was contracted to head the campaign for Poison Apple – “The most tempting colour since Eve winked at Adam”. But when she was photographed by Richard Avedon as the Fire and Ice girl and starred in their many adverts, she rocketed towards superstardom and became a household name. The campaigns themselves were much discussed, being very daring – “Do sables excite you, even on other women?” “For you who love to flirt with fire; who dare to skate on thin ice”. The first photo of the series, where Dorian has her hand on her breast, was considered too risqué and had to be re-shot. But it was still a tremendous success and the ad won the Advertising Age’s “Magazine Advertisement of the Year Award”, 1952.

When her contract was up, she was succeeded as the Fire and Ice girl by her younger sister, red headed Suzy Parker. Clearly by now, her family had come round to the idea of the modelling industry and let Suzy keep her surname. Their other sister, Florian, also tried her hand at modelling and had a few photos in Vogue and Harper’s Bazaar, but stopped when she got married. Suzy was introduced to the modelling world at the age of 15 by Dorian, who asked modelling agent Eileen Ford to sign her, sight unseen, as a condition of Dorian’s also signing to the agency. They did, but Eileen was shocked when she actually met Suzy, who looked very different from Dorian. Dorian was tiny, with black hair and bright blue eyes. Suzy was much bigger and taller, with red hair, green eyes and freckles. Nevertheless she had a long and successful career herself. 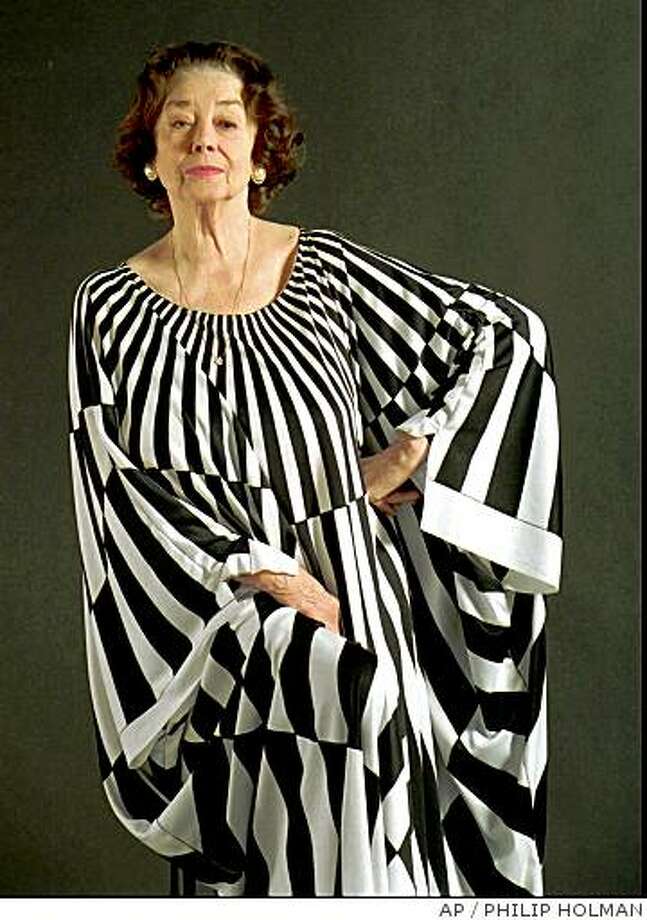 Dorian Leigh was friends with Truman Capote, who nicknamed her Happy, or Happy-Go-Lucky. She was said to be the inspiration behind Holly Golightly, and she did have certain things in common with the character. Dorian wrote her own life story, a very racy read called “the Girl Who Had Everything”. Suzy Parker suggested it should have been called “The Girl Who Had Everyone”. She was married four times and had dalliances with Irving Penn, the Hollywood producer Sam Speigel, hit calypso singer Harry Belafonte, jazz drummer Buddy Rich, the poet Robert Graves and many others.

Elderly millionaires often asked for her hand in marriage but she invariably refused, saying “Well, it was only money” as she worked hard to pay for the young, handsome husbands she picked as an alternative. Her marriages, however, were usually unhappy. She had five children altogether, some illegitimate which shocked Suzy and lead to the sister’s estrangement.

At around the age of forty, Dorian started to wind down her modelling career and instead, set up modelling agencies, including the first officially licensed one in France. She also opened and ran her own restaurant, and worked for Martha Steward. In addition she wrote two cookery books. Dorian Leigh died in 2008 at the age of 91.