Paula Gellibrand was another upper-class socialite who lived life with verve and never dressed down. Even in a period when her favourite outfit was a close-fitting, unadorned skullcap and a plain linen shift, the severity of her appearance combined with her  deathly pale face, dark shadowed eyes and strikingly tall, slender figure provoked stares.

She influenced fashion, modelled for Vogue, was photographed by Cecil Beaton and Baron de Meyer, married a Marquis, inspired a novel, and did not care who loved or hated her. In fact, she had her own “displeasure list” which socialites and style leaders fought hard not to appear on.

Paula Gellibrand was born in 1898 to an upper-middle-class family in the Home Counties. She was sent to boarding school and enjoyed hockey and hunting. She was an unremarkable schoolgirl with an unremarkable family. But when she met her best friend, Baba d’Erlanger, things changed.  Mary Liliane Matilda d’Erlanger was the daughter of Baron Emile Beaumont d’Erlanger and Marie-Rose Antoinette Catherine de Robert d’Acquéria de Rochegude – known as Mimi. Mimi is the important figure here. A sophisticated French flame haired beauty, she gave birth to Baba in Paris but brought her up in London: in Lord Byron’s former home in Piccadilly, to be precise. 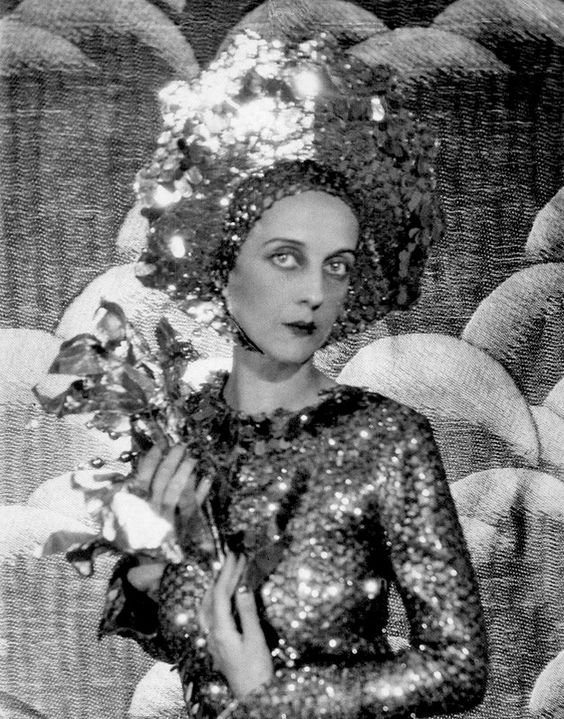 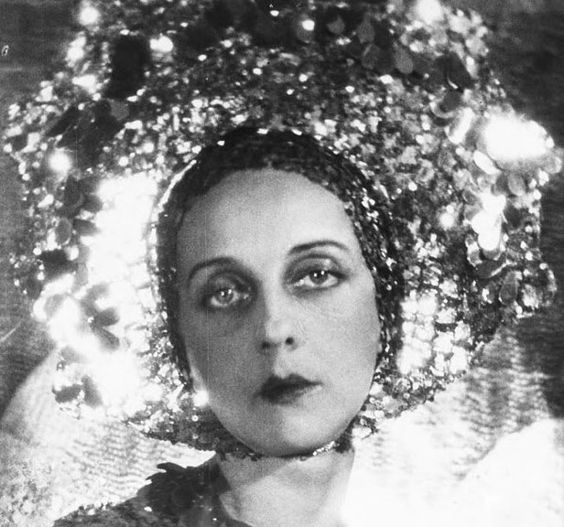 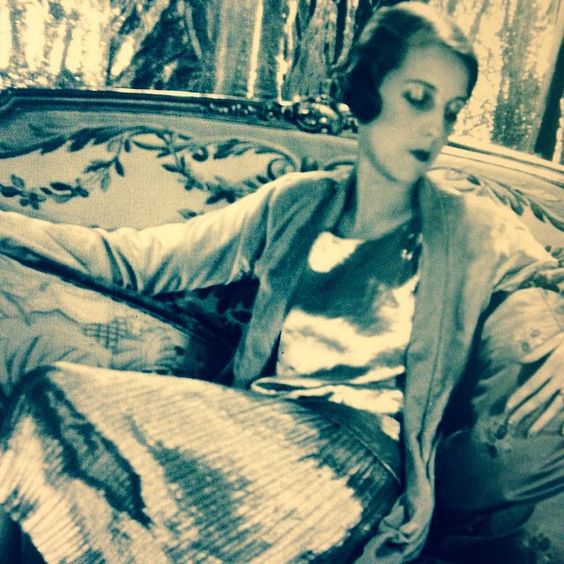 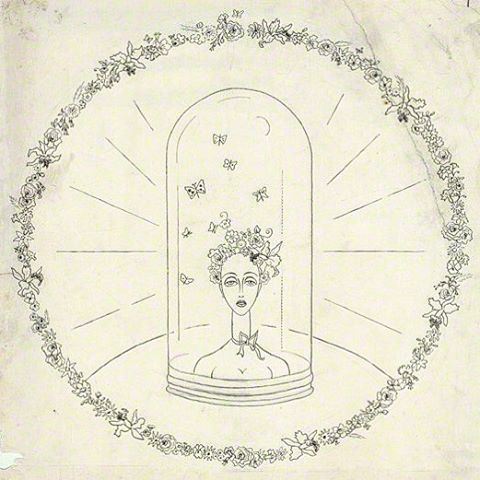 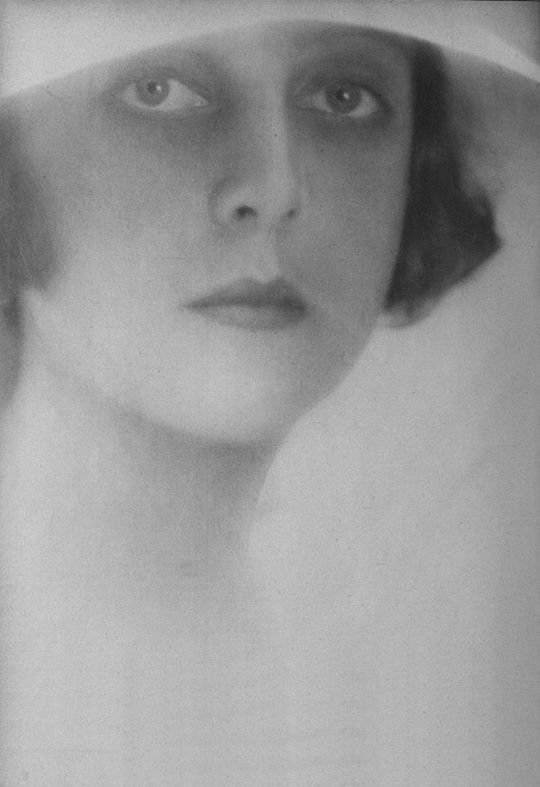 Mimi was an exciting person who held a famous salon for the arts in her home. She was known as the most important society hostess of her time. When she sent the girls out for a walk together in St James’s Park, she didn’t give them a English nanny to look after them but a turbaned Mameluke soldier in full Arabic costume.

Baba and Paula Gellibrand – The Twins

Baba and Paula became so inseparable they became known as The Twins. Both Mimi and Baba were a huge influence on Paula.  They encouraged her to make the most of her unusual looks. “By nature Paula Gellibrand was an unaffected, somewhat hearty schoolgirl type, but by some freak of fortune she was endowed with an appearance of extraordinary sophistication. Her enormous blue eyes were surrounded by a halo of dark-mushroom coloured fatigue, giving her the appearance of being heavily made up. … Her hands were of an extraordinary length and flexibility,” is how Cecil Beaton described her.

The d’Erlangers encouraged her to enhance those eyes with Vaseline on the lids and to wear extremely simple, almost severe outfits. Society columns describe her arriving at weekend house parties with a huge wardrobe of “nun’s habits”, made from luxurious fabrics. Beaton describes her getting married in one, with scarlet fingernails.

“The Marquise de Casa Maury is one of the most beautiful women in Society, and is a perfect blonde, with her exquisitely set blue eyes and her golden hair and fair skin. She was formerly Miss Paula Gellibrand. She and her husband have a house in London but spend a good deal of time in Paris, `and have recently returned from a visit to America. Our photograph shows the Marquise wearing a simple black chiffon dress, and a selection of her wonderful diamond bracelets on both wrists. Bracelets are one of the most fashionable forms of jewellery at the moment.” The Sketch, 1929.

Portrait of a Pair of Friends 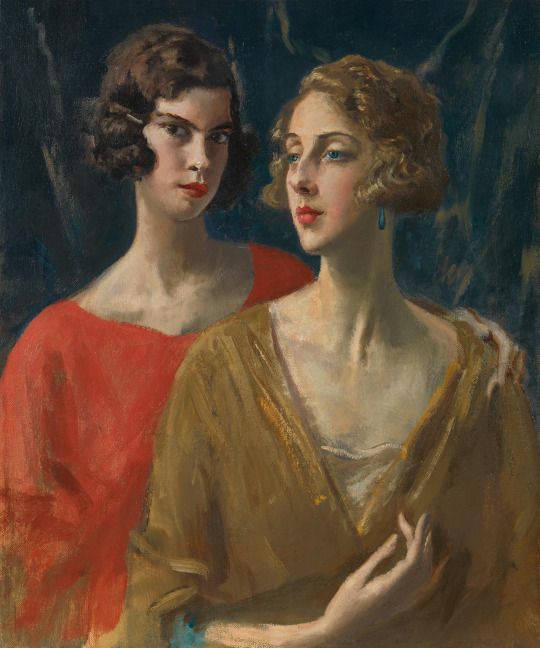 In 1919 when Paula was 21 and Baba 19, Augustus John painted their portrait together. The Portrait of Baronne Baba d’Erlanger and Miss Paula Gellibrand shows how, though they look very different from each other, they resemble each other in their mannerisms and poses. They both appear self-assured, direct, and haughty, not to mention stylish.

The portrait was commissioned by politician Freddie Guest, the chief whip of the liberal party with whom Paula was having an affair at the time. He loved her so much that although he was old enough to be her father, he confided in his cousin Winston Churchill that he was thinking of leaving his wife for her. Churchill did not approve at all, and it didn’t happen. Other rumoured affairs included one with the Prince of Wales, with whom she was seen at the theatre, the races, and an appointment with a phrenologist.  She was also linked with Oswald Mosely. Because of these connections with politicians and royalty, it was even feared in governmental circles that she was a spy.

Paula was married four times. She had a son, Peter, with her first husband whom she married in France, artist Ivan Wilkie Brooks. It is said that her son was born in 1915, but that would make Gellibrand 17 when he was born. It’s not impossible, but would be surprising. Her second husband, in 1923, was the Cuban-Castilian Pedro José Isidiro Manuel Ricardo Mones Maury, the Marquis de Casa Maury. He was an aviator and racing driver known as Bobby. He had a fortune but lost it in the Wall St crash, regaining it by founding the Curzon Cinema in Mayfair, which is still successful today. Baba was her bridesmaid.

Anyway, the marriage to Allen only lasted a year. Her final marriage was in 1938 to Edward Caswell “Boy” Long, a rancher at at Elementaita in Kenya. He was part of the hedonistic Happy Valley set, as was she. Boy Long was a tall, beautiful man, who liked to wear bright corduroys, large pirate earrings, a huge sombrero and flame coloured Somali shawl. He looked like an English country squire with a dash of cowboy, and women adored him. 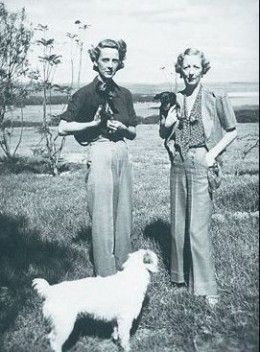 It wasn’t just men that Gellibrand got on well with. She had very close female friendships, not just with Baba but also another partner in crime, Alice, Countess de Janzé whom she met in 1921. They went to the theatre, ballet, art exhibitions, parties and shopping for couture together, and Alice credited Paula with helping her through her post-natal depression. When Paula left London in 1923 after her marriage to Bobby, Alice was bereft. However, they stayed in touch and were to hook up again fifteen years later when Alice brought Paula to Kenya.

In 1924 Paula Gellibrand was immortalised as the heroine of Serena Blandish, or the difficulty of Getting Married by Enid Bagnold. Bagnold was a good friend of Mimi Rochegude, and had attended her salons, so she knew Paula well.  “When I talk to you, I feel endowed with your sparkle, your health, your hope, your vitality…” says an infatuated suitor of Miss Blandish, aka Miss Gellibrand. However, Rochegude came off less well, and she was so offended over the satirised version of herself which appeared in the novel that the author and society hostess fell out.

In 1936, Gellibrand wrote her own novel, along with her husband William Allen, called Strange Coast. It was a novel of romance and adventure, set in Georgia in the 1920s. In the book they called it the Meskhian Republic. It was published under the pseudonym Liam Pawle. She was also featured in Cecil Beaton’s 1954 book The Glass of Fashion.

By the 1960s, Gellibrand was living in Nettlebed, a beautiful village in the Chilterns. She remained vivacious and fun to be with, and local children remember her talking to them and recommending books.  She died in 1986 at the age of 88.