Toto Koopman is the brave and beautiful woman who doesn’t seem to have ever given a thought to what others thought about her. She was a model in Paris, amongst other adventures. Read Part One of Toto’s story here.

Toto was in Florence, Italy, on September 1st, 1939 when Poland was invaded by Nazi troops. France and Britain declared war on Germany the same month. Toto had fallen in love with a leader of the Italian Resistance, and sold furs and jewellery to support him and his cause. She went further than that, becoming an intelligence agent for the Italian Resistance and also the Allies, reporting back to Max for the latter.

She didn’t do it just for love, but on the strength of her beliefs and according to her friend Elizabeth Eichmann “I was amazed by Toto’s courage. She exhibited remarkable sang-froid and risked everything to stand up for her convictions.”

The Italian police arrested her in January 1941. The pretext they gave was that she was Beaverbrook’s mistress. “But once I was in jail what they wanted was to free me and I was to do some terrible dirty work. Of course, I refused flatly. The partisans helped us no ends but they couldn’t possibly let me go free after all the things they had told me,” she later wrote to Eichmann. 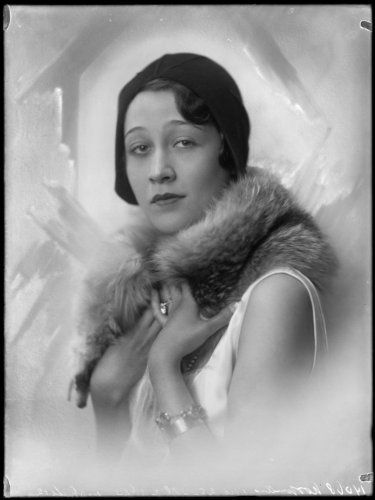 She spent two months in a prison cell in Milan in primitive conditions, where she danced the Charleston for hours to ward off the cold whilst she was taunted by the guards. Then she was transferred to a detention camp, being moved through four altogether of varying degrees of horror. In one she was allowed visitors and exercise. In others, she wasn’t so lucky. In July 1943 Mussolini was overthrown and many prisoners were liberated from the death camps.

Toto wasn’t one of them. After two and half years of imprisonment she escaped into the mountains, and lived there for several weeks, the only woman alongside 250 men. She slept outside on the ground under a blanket, washing herself in cold water at night so that the men didn’t see her undress. Finally she moved down the mountain to a small village where the farmers welcomed her, fed her and helped her to regain her strength.

Her awful experiences did not stop her from helping other prisoners. She put a network in place to help Allied prisoners escape and passed on information to members of the resistance about the activities of Mussolini’s supporters in the valley. The villagers, who trusted her, would direct fugitives her way and she gave them food, shelter, translation and maps to help them on their way. After a few months, she was betrayed and again arrested. She was put under house arrest at a hotel, and the Italian Fascists unsuccessfully attempted to draw information from her by trying to seduce her. She escaped to Venice with the help of the Resistance, but again was arrested after only a few days of freedom and sent to Ravensbrück concentration camp in Germany.

Conditions at the other camps had been horrific, but Ravensbrück, a women-only camp, was described as “Hell on Earth.” Toto watched the gas chambers being built there and discovered that the ashes from the crematoriums were used as agricultural fertiliser.

She suffered immensely but believed she survived due to two things. One was the parcels of onions and garlic that Randolph Churchill sent her. She knew they had antibacterial and antiviral properties and ate as many as she could get raw, swapping her daily bread portion for them if her package didn’t get through. She believed, probably rightly, that they protected her against the dysentery and waves of other diseases that swept through the malnourished, exhausted prisoners.

The other thing that saved her was the way she was able to get the privilege of food parcels at all. She had convinced the SS doctor that she was a trained nurse – although she was not – and was sent to the camp hospitals.

There she saved many women by hiding those she knew were about to be sent to the gas chambers in the latrines and lying about the number of dead each day. Her count was much lower than it actually was and she fed their rations to the living patients. Toto tried to cheer up her charges and lighten the mood. One day she put on a fashion show, demonstrating, with a model’s strut, several different ways to wear the striped uniform. 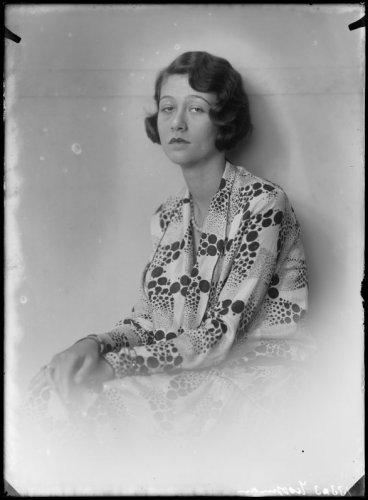 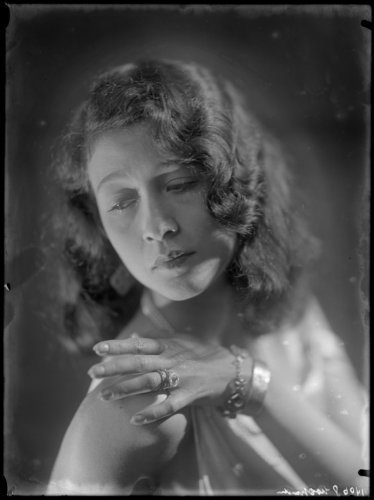 Finally, Toto Koopman was released a few days before the camp was officially liberated on April 17th, 1945 and relocated to Goteborg, Sweden. The authorities, running out of accommodation, housed Toto in the palaeontology department of the Natural History Museum. Her bed was next to a dinosaur skeleton.

Toto’s old love, Randolph Churchill, came to Sweden, bringing clothes and a wig (her head had been shaved) and arranged papers and a passport. After surviving four years of imprisonment, she began a new life in Ascona, a beautiful artists’ retreat on the shores of Lake Maggiore in Southern Switzerland. 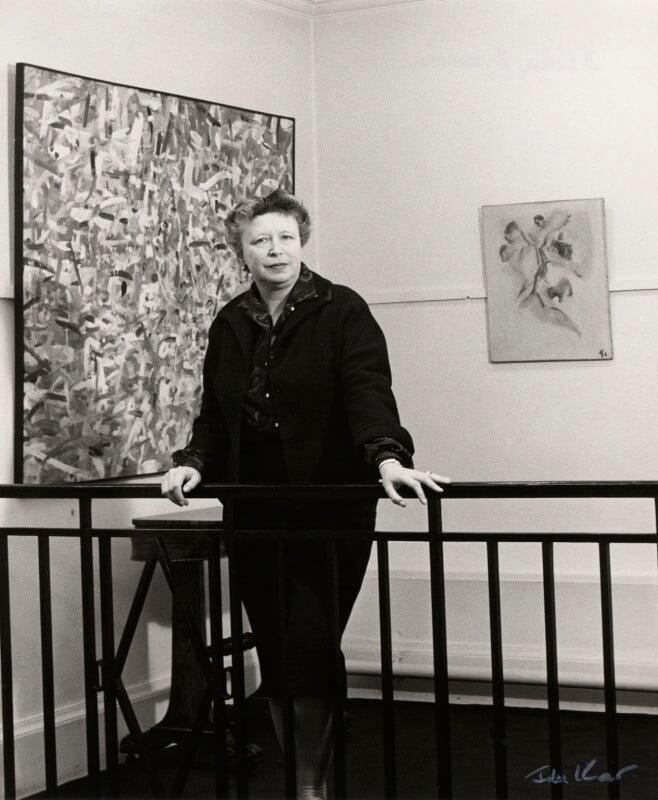 Toto was in a terrible state, mentally and physically, from her ordeal. She had a few desultory affairs in Ascona and then she met the German art gallerist Erica Brausen, who was on holiday in Ascona. Erica, who had herself been a spy for the resistance, fell in love with Toto, and wanted to mend and protect her. She took her back to London where she lived. Knowing how important sartorial elegance was to her lover, she not only fed and housed her, but was able, through contacts, to buy her discounted sample dresses from the House of Worth.

Toto recovered in body and mind, and Erica involved her in her latest project. She had met Francis Bacon, an artist no other gallery would touch, and, determined to launch him, opened The Hanover Gallery in Mayfair with that purpose. The Hanover Gallery’s first show was with war artist Graham Sutherland in 1947 and was very successful. Francis Bacon’s show followed a little later in 1949 and met with an initially shocked reception. Despite this, the Hanover Gallery became a world-renown destination, as Erica curated shows and chose artists and Toto raided her address book for buyers and became the perfect host for openings and gallery dinners.

In later years the gallery would show Max Ernst, Meret Oppenheim, Lucien Freud and many other famous names. It was famous not only for its artists but for the gallerists themselves, a female couple with incredible pasts.

Despite her outward success with her role in the gallery, Toto’s heart wasn’t completely in it and when her beloved brother, Ody, died from a heart attack in 1949 she lost the taste for it completely. Her father had died whilst she was interned at the camps. She told Erica that she dreamed of being an archaeologist – perhaps because of the time she slept next to a Dinosaur skeleton in Sweden.

Erica encouraged her and Toto enrolled at the Institute of Archaeology and the University of London. She was an exemplary student and worked in the mornings at the gallery, and in the afternoons at her study. She received her diploma and participated in excavations all over the world alongside specialists in the field. Toto did not usually reveal her identity, except when a dig needed a few strings pulling. Then she got out her address book and charmed he necessary contact to receive the permit which was needed.

Erica and Toto would be together for the rest of their lives, supporting each other completely. They were open about their relationship in a time when so many were in the closet, and lived life on their own terms. Thiers was an open relationship and in the 1950s Toto once again became Max Aitken’s lover, at the same time having an affair with a journalist called William Rospigliosi, an Italian with whom she had been interned. Erica, for her part, was having an affair with a woman named Rachel S.

In 1959 the couple decided to buy a property on the tiny island of Panarea near Sicily. Toto oversaw the construction of a new villa in the local style. Panarea had neither water or electricity and not much could grow in the volcanic soil. It was far from the sophistication of London. Toto brought in soil, fertiliser and water from the mainland to create a terraced garden, and antique furniture to create a home. It was beautiful and luxurious. She was so good at it that she built five more cottages and christened the hamlet “The Houses of the Seven Windmills”.

They invited guests and Panarea became an extension of the gallery where new connections were made and friendships created. Erica and Toto loved diving in the waters there and exploring the underwater archaeology. In 1962 Toto became so enamoured of the property that she gave up her paid archaeology work to spend much more time there.

In 1973 Erica had become too ill to run the Hanover Gallery, and it closed its doors. The two women spent much more time in their Mediterranean paradise, although they had to sell some of their houses there to cover the costs.

Toto Koopman died in 1991. Erica locked herself in a room with Toto’s body and stayed there with her for eight days, sending her maid out for fresh roses which she arranged around Toto’s neck before lying down beside her. When the body was buried, Erica gave each guest a red rose, a symbol of Toto’s beauty. Erica herself died a year later. They are buried close together in East Finchley Cemetery.