Mariano Fortuny didn’t dedicate his life to fashion, so perhaps he can’t be called a couturier as such. Instead, we might call him a Renaissance Man, since he was both interested in and successful at many things: a curious innovator across the fields of fabric, paper, lighting design, painting, sculpture, engraving, photography, print, furniture, stage design and fashion. 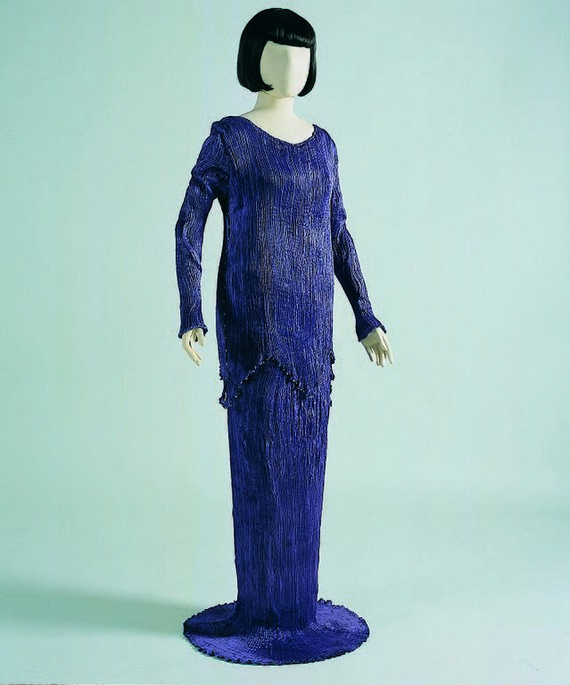 The fabulous fashions of Mariano Fortuny

Mariano Fortuny’s use of light

It strikes me that Mariano Fortuny was essentially fascinated with the effects of light. Quite literally, with his designs for lamps and lighting systems, which received many patents back when electric lighting was first invented.

Another literal use of light was in Mariano Fortuny’s experimentation with photography when that art form was also in its infancy (though he always regarded his sometimes stunning photos as mere preparations for his paintings, which he regarded as the real art).

The paintings themselves show a love of the way light strikes and outlines a figure.

You can also see a love of light in Mariano Fortuny’S choice of fabric – he preferred only the finest silks and velvets from Japan, which take light and diffuse it into a rich glow.

I will also include his fascination with hair – heavy, rich, shimmering manes of hair, which has a quality of light diffraction like silk in its most beautiful examples. Mariano Fortuny loved his wife, Henriette, but he adored her hair, and in his first painting of her you can barely see her face, just her crowning glory – and he really did see it as such.

Anyone who has seen Issey Miyake’s Pleats Please range will know exactly what I mean.

Mariano Fortuny’s new fabric was basically just stitched up the sides with arm and neck holes left to create a long, sinuous column inspired by Ancient Greek drapery. This was the Delphos dress. There were no darts, cunning seams, or pads to give it shape. The most that was ever added was a belt to cinch it at the waist.

Mariano Fortuny made it in many different colours, some changes to arms or neckline (adding long sleeves, square, v or boat necks) and sometimes stencil prints and glass beads for decoration.

The Delphos was first made in about 1907, and stayed in production for 40 years without radical alteration. When he first produced it, it was seized upon by women eager to shed corsets and enjoy freedom of movement: dancers like Isodora Duncan and Martha Graham loved it and wore it to perform in.

Mariano Fortuny also made silk velvet capes, kaftans, tunic and handbags, often stenciled in gold in his own Art Nouveau designs. These have a very Medieval look and influence, which was popular around the turn of the century. These designs haven’t stood the test of time so well, and while still beautiful, couldn’t be worn these days without a hint of the dressing up box.

Mariano Fortuny’s distinctive lamps, covered in silk and with a long tassel as well as more industrial looking lamp designs are the other main design to have survived and still be popular today. They are still in production.

If you’d like to see some of Mariano Fortuny’s valuable creations in real life, and get an idea of how the artist lived and worked, you can still visit the imposing palazzo in Venice where he lived, which has been turned into a museum where his studio is preserved.

Photograph by Mariano Fortuny of his wife, Henriette

Photographic study for a Fortuny painting

Lilian Gish in a Fortuny gown