Seen as we’ve already looked at the cunning and sultry ways of the femme fatale, it seems fitting that we now look at perhaps the best femme fatale of them all – Ava Gardner.

Ava Gardner certainly had the looks to be a perfect femme fatale, with her dark hair, sultry lips and come hither eyes.

Her beginnings were humble and she was the seventh child of a poor family that struggled throughout the depression.

Ava Gardner’s private life was as complicated as her roles, with marriages to Frank Sinatra, Artie Shaw and Mickey Rooney. She said that Sinatra was the love of her life, although their relationship was passionate and littered with break ups and make ups.

Ava Gardner was signed to MGM in 1941 but it was her role as Kitty Collins in The Killers in 1946 that would propel her into the limelight. Her long black dress, long elbow length gloves and strappy heels gave her the perfect femme fatale look, and with her hair carefully waved and teased into place, no man was safe.

In the Barefoot Contessa she played the role of Maria Vargas and wore fitted skirts, wide belts and A line skirts that hugged her hips perfectly. 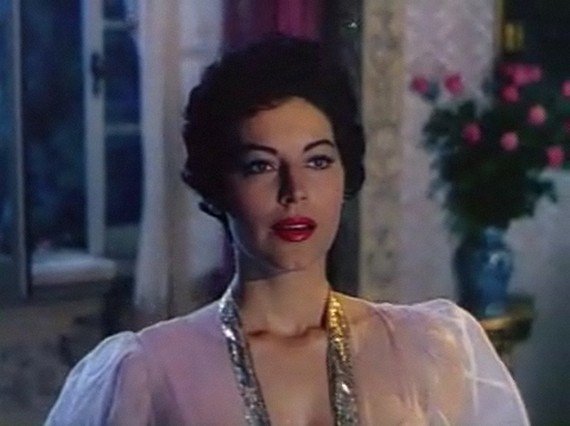 Whether you see yourself as a Kitty Collins or a Maria Vargas, Ava Gardner’s make-up is a must for the drama of the femme fatale.

In fact Ava Gardner’s made up look was created by Mr Max Factor himself. He made the most of Ava’s high cheekbones and flawless complexion making sure her lips were strong with glossy red lipstick, and her eyes were stop heavy with lashes to enhance the sultry eyes. Her black curls were teased into shape to frame her face. Her look was dramatic and she has no contemporary to match her stunning beauty.

For that Ava Gardner look plenty of black and well-fitting dresses will be a good starting point, followed by perfectly groomed hair that’s worn either up or down. Then try some strappy black heels matched with a clutch and finish off with red nails and lips.

Perhaps you could try releasing your inner animal and try some animal print, Ava Gardner was once photographed on a leopard print throw wearing an all in one swimsuit also of leopard print. She looked amazing. Those forties bathing suits may have been more modest in the forties than they are today, but they certainly knew how to contour the body in all the right places, leaving the rest to the imagination.

I wish it to be with a cigarette in one hand

and a glass of whiskey in the other”

Ava Gardner didn’t really care for clean living and lived life to the full in every sense. Despite that, she still managed to look stunning and every bit the movie star. She spent her last years in London and passed away quietly in 1990, rumour has it that Sinatra paid her medical bills, but who knows? It’s a romantic notion to think that he loved her till the end, but utterly plausible.

Whether or not Ava Gardner had a cigarette in one hand a glass of whiskey in the other isn’t known – but it’s nice to think she did.

Read more about Fashion in the 1940s

plays Kitty Collins in ‘The Killers’

in pandora and the flying dutchman