The Nineteen Forties saw a double-sided coin to fashion. During the earlier part of the decade the UK was still part of the Second World War so clothing and textiles like many other non-essential items were rationed. Some fabrics were also restricted for use in tailoring, as materials were needed by the military for uniforms. Clothing in the early 1940’s was generally made by women with the little fabric they could obtain and fashion was practical and built for utility.

The Nineteen Forties era also saw the introduction of the jumpsuit that was worn for protection and warmth. 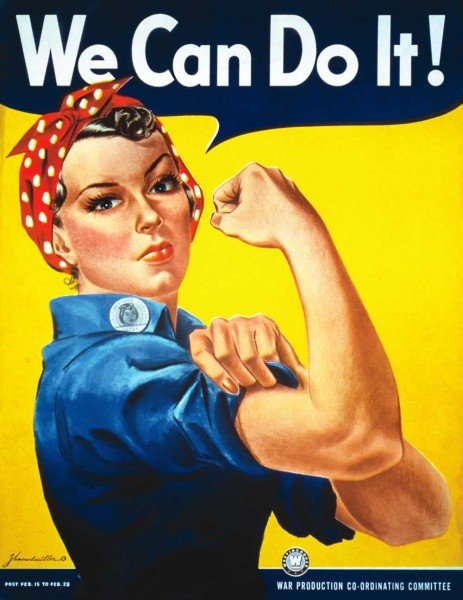 The new look in The Nineteen Forties

The latter part of the decade famous fashion designer Christian Dior introduced a new look in Nineteen forties fashion for women that included a full skirt with tailored nipped in shirt and jacket. This look emphasized the hourglass shape and exuded extravagance. At first this new trend was not well received due to the many families feeling the after effects of the war and poverty was a big issue. This new feminine style became a breath of fresh air from the practicality and utility of previous fashions and went on to influence style well into the 1950’s.

The military look and nipped in waists

1940s fashion saw two distinct styles emerge and modern fashion designers use inspirations for collections such as military looks on Christopher Raeburn’s autumn/winter catwalks and full skirts and nipped in waists in the recent Michael Kors spring/summer 2015 collection. Take a look at these popular 1940’s styles and recreate the look in vintage clothing perfect for the period.

During the early nineteen forties, material was rationed and women often made their own clothing. Styles of clothing were made for practicality and due to the lack of material, dress and skirt hemlines were shorter than in previous decades. Dresses and jumpsuits were usually made with military style colours for example khaki greens, greys and chocolate tones. Dress styles were also an inspiration for the forties tea dress that was upcycled from patterned and colourful textiles.

After the war, fabrics were slowly emerging back into the market as the economies started to recover. Brighter and patterned styles sparked change and were popular to bring variation and femininity back to fashion. Due the new trends emerging from well-known fashion houses, clothing started to take a more feminine and luxury feel with emphasis on the hourglass figure. Skirts became fuller and waists were nipped in with beautiful tailored clothing. This style is perfectly recreated with vintage pieces and creates the ultimate feminine vintage look.