Bianca Mosca was a London couturier, one of the “Big Ten”. Her label, from 1940 till her death in 1950 spanned only ten years but her place in fashion history far outlives that mere decade. Mosca spoke four languages fluently, including French and Italian. She was described as an erudite woman who was incredibly intelligent and well read, and loved the threatre, ballet and concerts. She was also kind and fun loving, and as well as this, naturally chic and extraordinarily creative.

“She was a creative artist who expressed herself through fashion. She dressed faultlessly, with the utmost simplicity, in clothes of her own design; and her Collections were a wider expression of her personal dress sense. Her feeling for colour, texture and design made her an inspiration to fabric houses, ” as British Vogue wrote in her obituary.

Not much is known about her early years but she was born in Italy and moved to Paris at some point, spending eighteen years there.

Her best friend and constant companion was a miniature longhaired dachshund, whom she was often photographed with. His name was Winkie. She was also married, to a man named Claude Boisragon Crawford, an India-born former British Army officer turned technician. 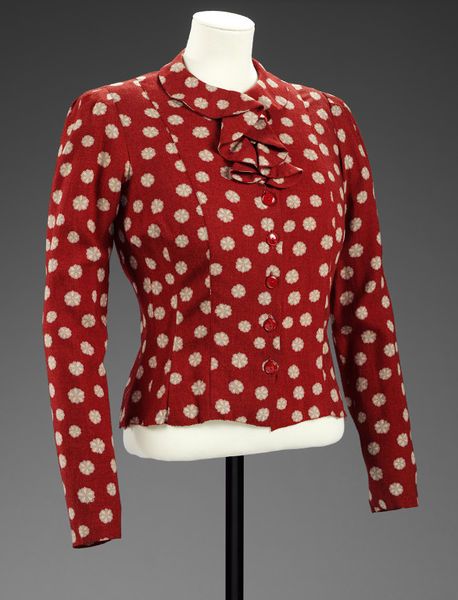 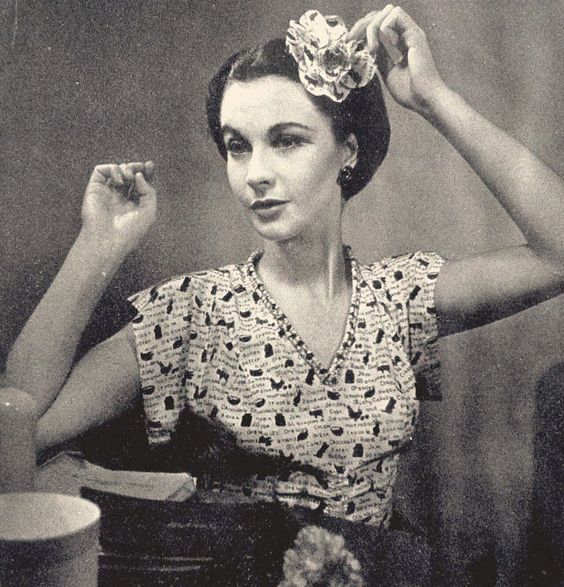 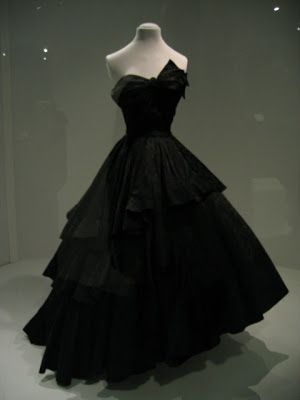 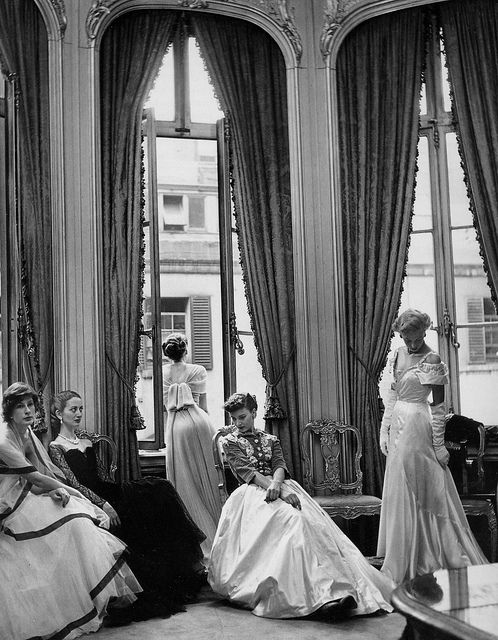 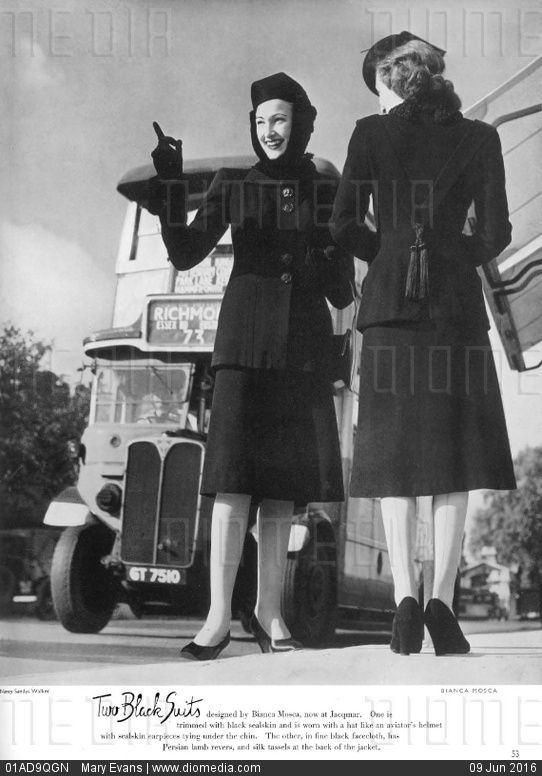 Two black suits designed by Bianca Mosca, at Jacqmar. One is trimmed with black sealskin and is worn wtih a hat like an aviator’s helmet with sealskin earpieces tying under the chin. Image via Pinterest.

Her cousin was the couturier Elsa Schiaparelli, and it was from the famous designer she got her start in fashion. She began by managing her avant-garde boutique the Schiap shop which opened in 1935 in Paris, and moved to London in 1939 to manage Paquin’s London branch. This position was unfortunately temporarily cut short as the shop was bombed just as she took her first days at work. Paquin was quickly transferred to another premises though and she was able to resume her duties there. Later that year she joined Jacqmar, as a designer this time, where she designed under the label “Bianca Mosca at Jacqmar”. Her signature was her bold and imaginative use of printed textiles.

In 1940 Mosca launched her own London business. Her label was black satin featuring a fly with white wings, in a translation of her name. She joined the prestigious Incorporated Society of London Fashion Designers (InSoc) as a founder member in 1942. This meant that she was involved in designing wartime Utility Clothing, as well as promotional designs for Manchester’s Cotton Board.

A Costumier for the Movies 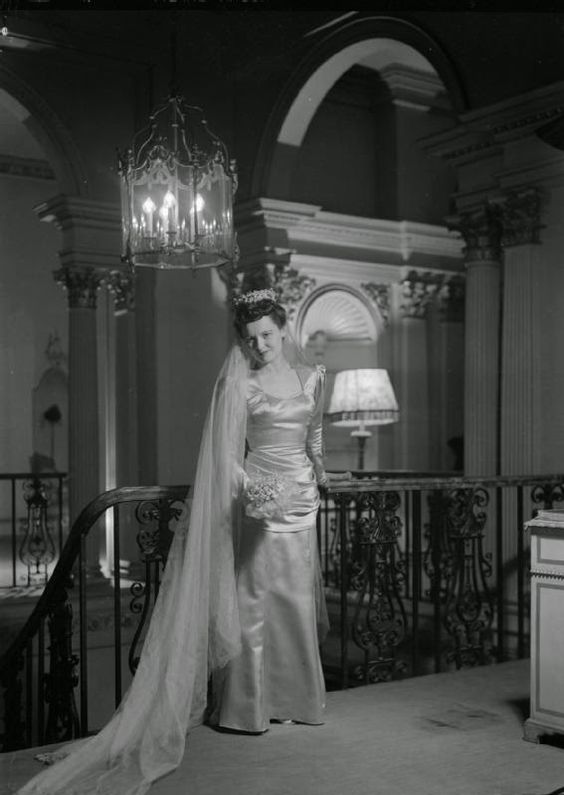 Photo by the Ministry of Information. Peggy Bryan models the wedding dress designed for her by fashion designer Bianca Mosca. The dress is to be worn by Peggy in the new British horror film ‘Dead of Night’. Image via Pinterest.

In 1945 she designed a slim fitting satin wedding dress for Peggy Bryan for the 1945 horror film Dead of Night. It was used by the Ministry of Information for promotional purposes.

By 1948 she was licencing her designs to be sold at B. Altman and Co department store and in 1949 she held her first catwalk show in New York. That year she also designed costumes for the British film Maytime in Mayfairstarring Anna Neagle. Also in 1949 she hosted a party for the newly established Royal College of Art. The first professor of Fashion there, Madge Garland, was photgraphed for British Vogue wearing one of her designs, a crisp black brocade suit.

But though she now made chic and practical clothes, Mosca loved colour and pattern as much as ever. In a 1949 Vogue feature about women in fashion, she was photographed in her primrose yellow sitting room wearing a rust and purple tweed suits in horizontal and vertical stripes, and a pink and black silk housecoat in heavy, billowing silk with a bold print of women and plants, and clusters of black buttons down the front. Reviews of her collection that year mention “semi-eveningwear—sleeveless, floor length gowns in organza or brocade with full underskirts and coats designed on similar principles”. Her clients for the collection included the Duchess of Kent.

Working tireless to promote British fashion, next in 1949 she collaborated with Victor Stiebel in showing a collection of suits using Britsh woollens and worsteds. They were shown in London but designed to be sold overseas. She also used British woven silks, encouraging the manufacturers to invest in equipment which could weave heavy tie silks, traditionally produced in narrow strips, to a wider width in order to be used as a dress fabric.

She also experimented with man-made fabrics and donated a permanently pleated nylon dress to the collection of Doris Langley Moore. Moore was later to establish the Fashion Museum, Bath. It was the first couture dress in the collection to be made of synthetic material.

A Dress for Margot Fonteyn

Later that year Mosca’s work was again in Vogue when Cecil Beaton photographed Dame Margot Fonteyn in a breath-taking black brocaded  silk evening gown designed by her to be worn by the prima ballerina at the reception for the premiere of Sleeping Beauty in New York after her performance.

Despite this frantic workload and heavy featuring in the press, by December 1949 the recievers were called in to Bianca Mosca. There was a post-war slump in sales and French courure had mounted an energetic campaign to attract overseas buyers. The label, though struggling, remained trading.

Bianca Mosca herself had always suffered from ill health and in the late 1940s it declined further. By January 1950 she was very ill with asthma and she died in Paris in June after an operation. Her funeral was packed and reported on by the papers. The attendees included many rich and famous faces, but because she was so kind and touched so many lives, also the lady from the flower stall at the end of her road.

The label officially closed but The Bianca Mosca Trust Fund was subsequently set up in her honour to award a scholarship to an aspiring fashion designer with promise each year. In 1954 this was taken over by the Council of the Royal Society of Arts which added two new bursaries for designers of fashion, shoes, millinery or jewellery.

In 2015 the Bianca Mosca label was re-launched as a luxury leather goods label by Timothy de Rosen, making handbags and watch straps to order. It has since quietly closed again.