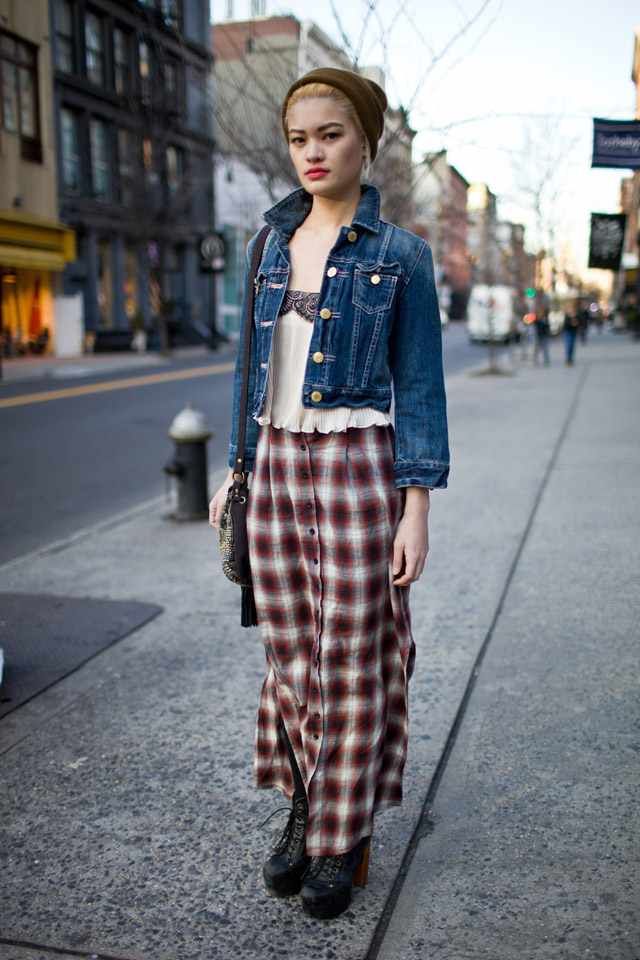 From animal prints to choker necklaces, and from crop tops to ever-fashionable bomber jackets, the 90s was a time that inspired fashion designers and fashionistas alike to open their hearts and minds to new fashion trends and ideas.

While ordinary street style of the 90s saw people letting their hair down, and roam around with 80’s style jumpers tied around their waist, or denim jackets loosely draped around their shoulders, other rebellious movements like grunge saw fashion from the past utterly rejected.

When Elvis Presley took to the stage in an all-Denim outfit to record his famous “Jailhouse Rock” classic in 1950, the humble Denim jacket was set on course to make 90s fashion history of its own.  Iconic design labels like Calvin Klein, Guess and Diesel embraced sexy stars like Mark Whalberg and Kate Moss to launch their very own flavour of 90s fashion pieces, with Denim as the Center piece.

1990s fashion saw the introduction of the supermodel, including iconic names like Cindy Crawford and Kate Moss. And with that, came a new fashion style – the On Duty model. Bomber jackets quickly hit the catwalks and became streetwear. With Royals and presidents favouring it today, it’s no wonder that it makes our list of seven 90s clothing styles.

Today, street style brands like Supreme and Stüssy are always cooperating with legendary makers of bomber jackets, like Schott NYC and Alpha Industries, to produce customised versions of the timeless classic. But there are other bomber-makers, like Buzz Rickson and The Real McCoy’s, who are dedicated to reproducing the styles and cuts of the original bomber jackets, with more contemporary twists. 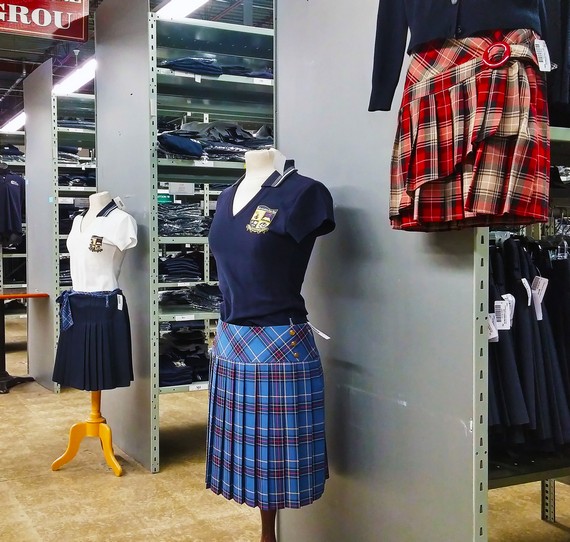 Mini Plaid skirts in the 90s

In 1966, Paco Rabanne caused a stir with the throw-away minidress, and the chain mail mini skirt. And with that, this little hot fashionable outfit became mainstream. Celebrities like Jackie Kennedy and Goldie Hawn did their part to keep the mini skirt in the limelight, but the ushering-in of the Vietnam war brought hemlines just a bit lower – giving birth to the maxi.

The mini skirt has since seen a revival, when Pretty Woman Julia Roberts wore hers on screen in the 1990s. Today, iconic shorter-than-short skirt wearers like Britney Spears and Paris Hilton have inspired hundreds of thousands of women with a clothing style that is unique to them. In fact, the Royal Mail paid homage to the mini skirt by releasing a postage stamp to honour the impact that Quant’s made on fashion trends of that decade. 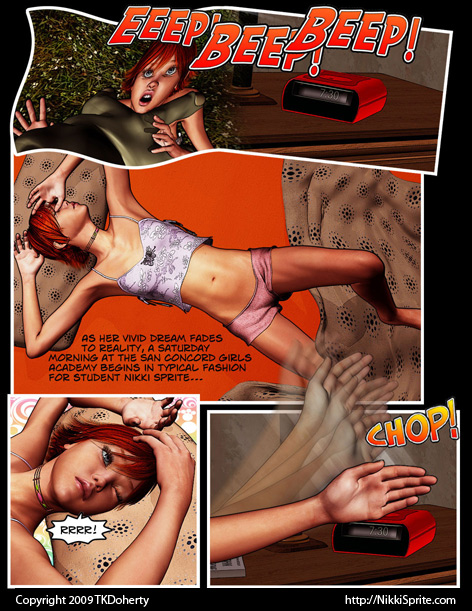 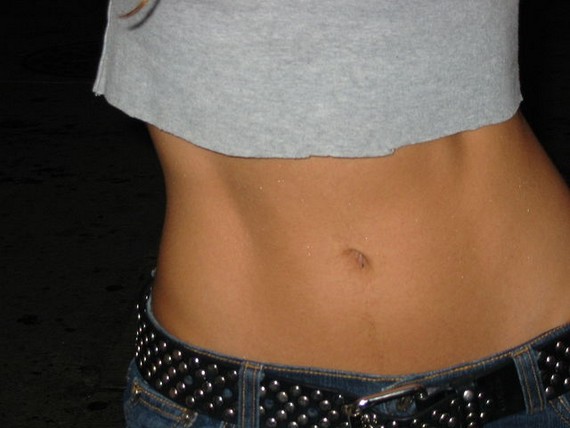 The 1990s saw crop tops evolve into long-sleeved t-shirts being chopped off at the bottom; and even men’s shirts were cropped off at the ends to create a fashionable outfit that ideally revealed 6-pack abs and belly-button piercings.  This 4th item on our list of seven 90s clothing styles gained even more popularity when idols like Shania Twain and Christina Aguilera danced their way into 1990s fashion hall of fame in their signature crop tops.

Other queens of slip dresses, like Gwyneth Paltrow, Winona Ryder and Courtney Love, brought their own signature style to the fashion piece of the 1990s. However, the versions worn by these ladies had not as much of the sheer shock value as the transparent slip dresses that Moss sported. 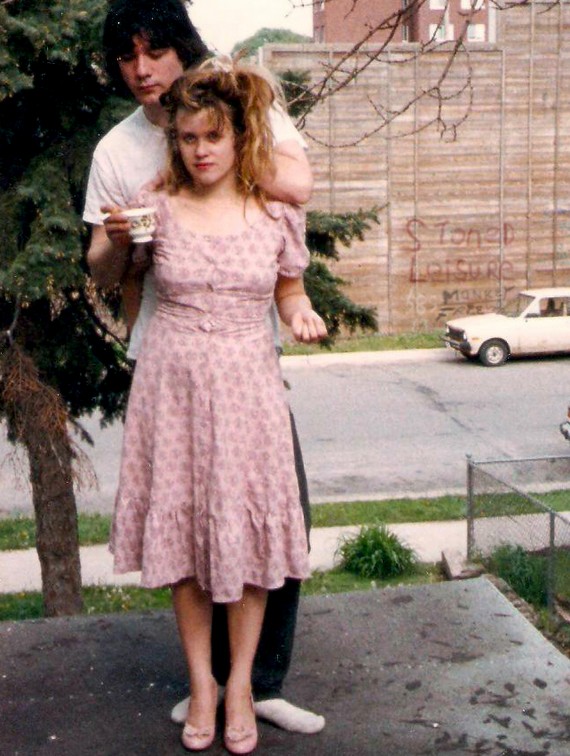 At its simplest, Grunge fashion can be explained as a minimalist fashion statement. Music legends like Nirvana, Alice In Chains, Pearl Jam and Soundgarden were instrumental in creating Grunge inspired fashion outfits.

Featuring a dishevelled look, grunge deliberately tried to look as though fashion was actually an afterthought. From ripped jeans and grandma dresses, to combat boots and flannel shirts, grunge fashion was a revolt from popular 80s fashion styles.  But by strategically appearing to “not care” about fashion, the grunge movement served as a catalyst to 1990s fashion trends.

The late 90s fashion scene was also lit up by neon inspired fashion clothing, including shorts, hair colour, pumps and trainers. Even bright and flashy baseball caps and watches became popular amongst the “cool” guys and gals of that era.

A look back at any of these seven 90s clothing styles will bring about nostalgic moments that anyone that has lived through the 1990s will recall. However, 1990s fashion still survives and thrives even today!

On stages, on movie sets and even on catwalks and runways across the globe, fashion trends from that golden era are being revived. From ultra-short skirts to baggy jeans and baseball caps, high-end designers are re-inventing 90s fashion into a styles that are appropriate for the 2000s.