How To Style Your 90s Mens Shoes

Ah, penny loafers. Arguably the prima donna of 90s mens shoes. With such a long history, penny loafers have been around for decades.

In 1936, loafers emerged as the premiere mens shoes and were the poster child for comfort, versatility and style. Loafers made a massive comeback in the 1990s, and were soon being rocked by women eager to wear loafers according to their own rules – and style up or down the masculine shoe. 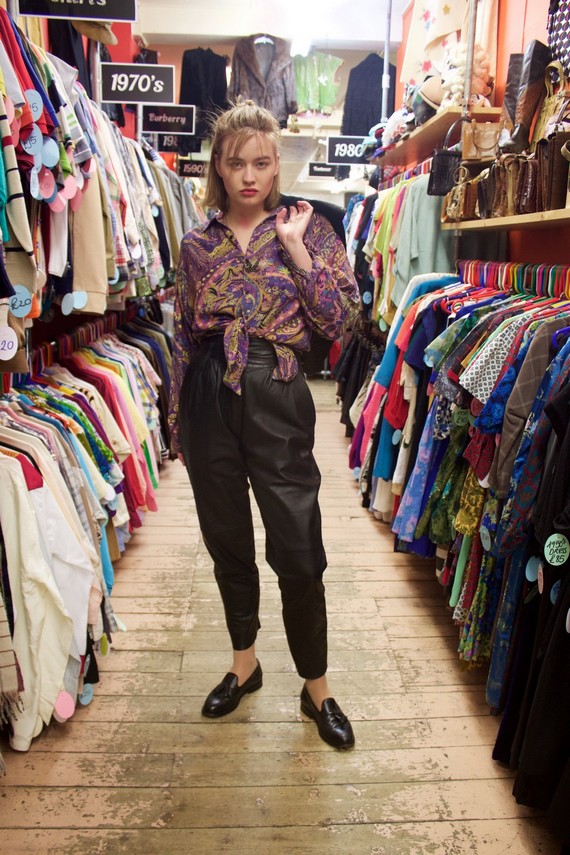 Emilie loves her loafers, and she isn’t afraid to take risks while styling her mens shoes. Her multicolored 90s blouse and high waisted black leather trousers give the black tasseled loafers a feminine, sultry edge. The loose, flowy top is tied at the waist, accentuating her figure and flattering the cut of the leather trousers.

The length of the trousers is key when deciding what to wear with men’s loafers, as you will want to show off the shoe. Try finding a quirky pair of skinny jeans that end at the ankle, or a skirt with tights to wear at work. The great thing about 90’s loafers is that they can be dressed up OR down, for a weekend at the cinema or a day filled with meetings at the office. However you decide to style your 90s mens shoes, don’t be afraid to embrace the versatility of this historic shoe!