The eighties will be remembered for daring styles and flashing colours. Here are seven 80s clothing styles that are worth considering as part of contemporary wardrobes

From high-waisted pants to ripped jeans and shiny leather jackets – the eighties set fashion standards that have been emulated ever since. These seven 80s clothing styles are now finding their way back into many wardrobes across the UK 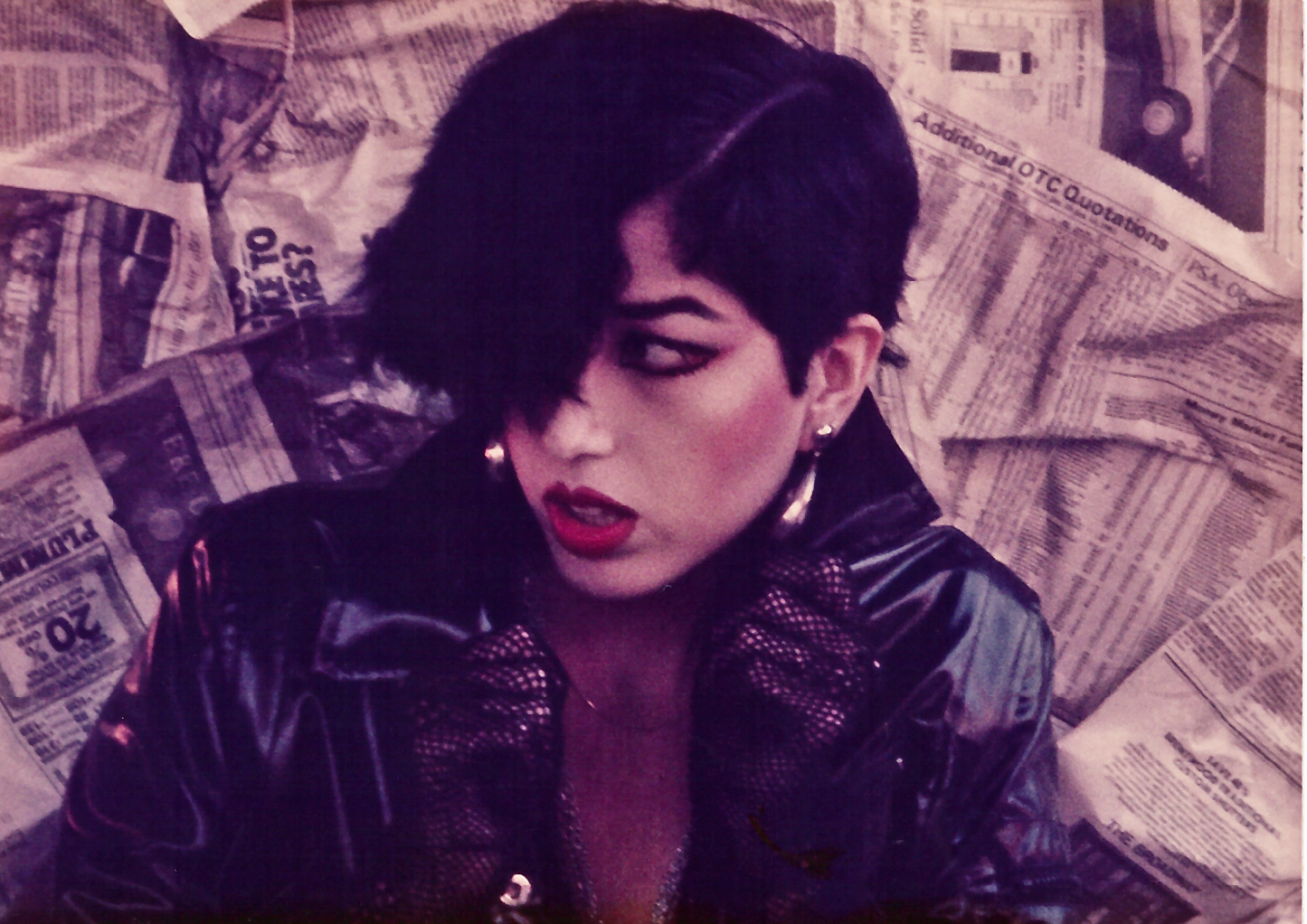 By alice_bag [CC BY 2.0 (https://creativecommons.org/licenses/by/2.0)], via Wikimedia Commons

The 80’s were a simpler time than today. The economy was doing well, and people were much more relaxed than they are now. The economic boom of that period gave cause to popularise movements like Thatcherism. Fashion trends of that decade were definitely influenced by the power suits worn by Britain’s Iron Lady. But there were other iconic styles that also came to define the UK’s fashion scene, and those across the globe.

Here are seven iconic 80’s clothing styles that have survived throughout the decades, and never seem to fade away:

Flying high onto the world stage in the 1910s, the bomber jacket was the comfort of “fly boys” making bombing runs during the Big War. Originally designed from leather with sheepskin and fleece lining, this iconic piece made its transition from military wear to fashion wear over the decades following the war.

The jacket became an 80s fashion icon long before Tom Cruise donned one on for his 1986 hit Top Gun. Since then, designers have been creative and innovative with redesigning the most popular jacket of all time. Today, they are ranked among our seven popular 80s clothing styles, with hip-hop artists, Boy Bands and even U.S Presidents alike seen wearing versions of the stylish garment.

The second of our ever popular seven 80s clothing styles, is one that was made famous by teen rock idols of the 80s. It started off as a way to flash some skin and toned tummies during animated concerts. Soon, performers were baring midriffs and navel jewellery on stage. Today, crop tops have once again gained centre stage with artists like Rihanna, Taylor Swift and Diane Kruger turning heads during performances, wearing contemporary versions of that 80s fashion icon.

Jeans had been popular long before they made it into the list of seven 80s clothing styles to remember. But designers and manufacturers took the humble pants and perfected the chemical process that transformed it into the now famous washed jean.

Unlike back in the 80’s, when navy blue was the colour of choice, today men and women can get a washed jean in almost any colour in the rainbow, including shades of blues and blacks. Paired with contemporary washed jackets, it makes a perfect modern-day casual outfit for any occasion. You could access great deals on the washed jean of your choice on purchases made through our links in this post. 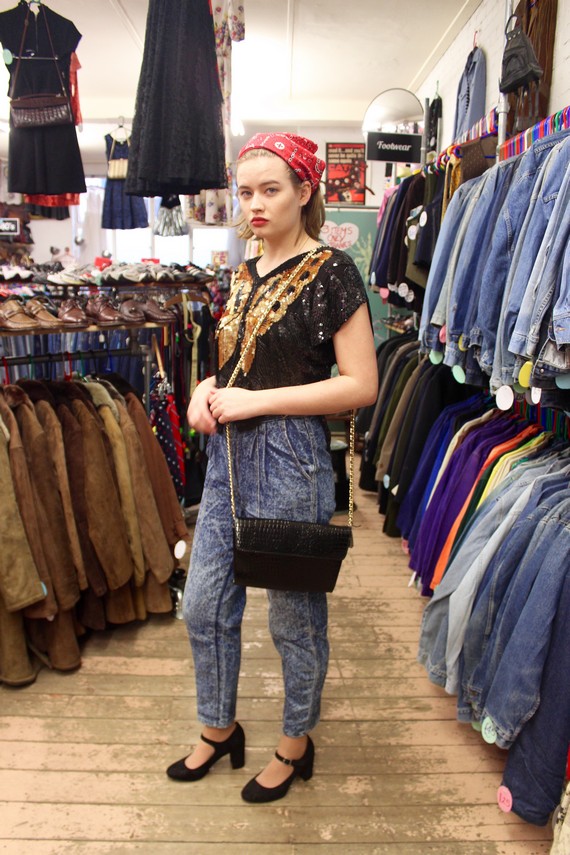 What started out as a “functional” trouser, for women working in fields and factories, from Levi in the 1940s, quickly became a fad. Through subsequent decades, the high-waisted jeans quickly captured the imagination of everyone. When brand owner Guess started it’s 80s fashion marketing campaign to promote the high-waisted jean – everyone had to own a pair!

Today, these jeans have made a comeback, in more designs and shapes than ever before. Not only will you see them on fashion runways and concert stages, but also in shopping malls and parks. That’s why they made the cut into our seven 80s clothing styles list.

Back in the 80s, it wasn’t just crop tops that stole the show on fashion runways and Academy Award night. The single shouldered top was yet another 80’s icon that has not only survived but thrived through the decades.

Recently, the Saint Laurent’s 2017 Spring collection featured Rosie Huntington-Whiteley making a bold one-shouldered statement. That proves that this item from our seven 80s clothing styles list hasn’t got the cold shoulder yet!

Even before they became a staple 80’s fashion icon, track suits were standard issue for athletes and sports lovers. But somewhere along the line, they found a way to sneak out of the gym, locker room and sports field, and make their way into the wardrobes of many 80’s fashion lovers.

That track suit is still popular today, though it is now made from more than just terry-cloth, and sports a myriad of shapes, designs and sizes. It’s seen on hip-hop artists, Hollywood hit-makers (think Will Smith), and on anyone going out and about town! 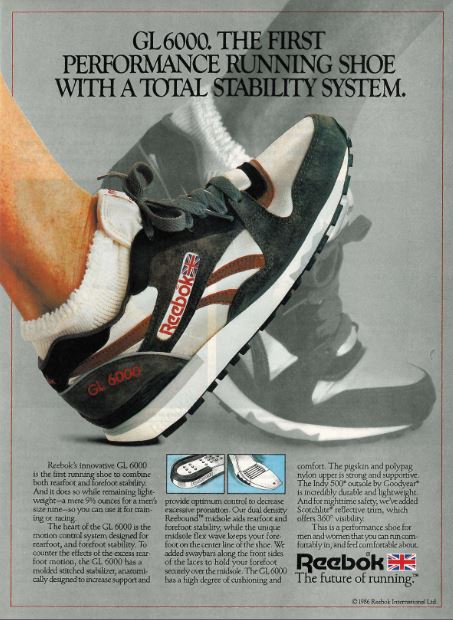 By ReebokUSA (Own work) [CC BY-SA 4.0 (https://creativecommons.org/licenses/by-sa/4.0)], via Wikimedia Commons

Any mention of seven 80s clothing styles would be incomplete without talking about 80s footwear that’s ever popular even today!

Back in the 80s, the Reebok Pump stole the hearts of teenagers – both boys and girls alike, mainly because they looked “cool”. But that wasn’t the only reason they caught on. Designed with special “inflation mechanisms”, this 80s fashion icon was known to be able to control the tightness (or looseness?) of your sneaker.

Since Reebok, many other designers have stepped up to design their own version, which are available today in Pink, Blue, Black, Grey and a host of contemporary colours. You can access some of them through links to retailer sites provided in this post.

Seven 80s clothing styles, Why Me?

So, in all fairness, if you’re like many of our online fans and visitors, you’re probably wondering: What made you send me this link about seven 80s clothing styles to watch out for? Well, we like to be totally transparent in everything that we do – that’s why visitors and members like you continue to come back here!

The primary reason that you got notified about this content is because you may have expressed interest in 80’s style clothing trends or similar content on our site earlier. You would have consented to receive articles, information and even links to retailer sites that we have discussed in our blogs and reviews here.

In the interest of total transparency, we’d like our readers to know that our site may participate in the future in various affiliate marketing and sales programs offered through reputable online retailers and marketers. We may become participants of these affiliate marketing programs which means that we also benefit financially from monetary transactions conducted by our visitors, guests and members, through our site. What that means is that we are paid commissions on purchases made through our site.

Of course, we don’t just provide you “any” content or buying opportunity that offers us financial incentives. Unless the product or content meets the highest standards of our team, we do not host it on our site – it’s that simple!

While we may in the future receive a small commission for online purchases made through our links, we exercise the highest of discretion in what we offer you through those links. We carefully select and curate all of the products and content before publishing it for our audience to access. If any content doesn’t pass the highest of editorial standards set by our team – it will never make it on this site!

Crop tops 80s style – but wear it your way with vintage