Take a virtual tour through the history of mens retro shirts

Browse through the fascinating backstory of mens retro shirts through the fashion ages and see how styles were influenced in all kinds of ways across the world.

They have a fascinating history that range from ancient Egyptian origins, to hidden social messaging, to emblems of social status. Vintage shirts were so much more than just utilitarian garments, so read on for this engrossing evolution of vintage men shirt styles. 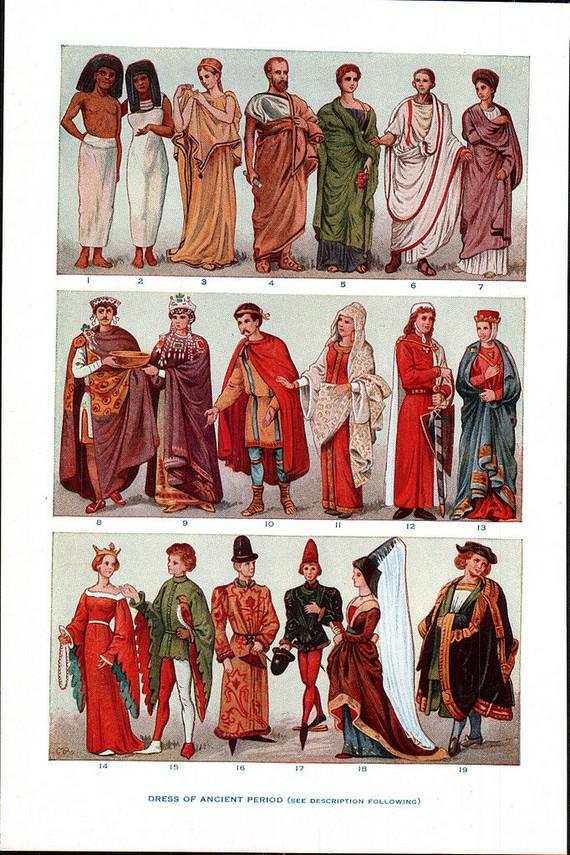 Men shirts as items of clothing have been relatively static in styles for the last 50 years but an examination of vintage shirts and their history tells an interesting story of ancient origins. It starts with Egyptian roots of mens retro shirts. Typically fabricated in linen, vintage shirts have their roots as far back as 1420 BC in ancient Egypt, where they took the form of lightweight tunics with loose long sleeve styling. 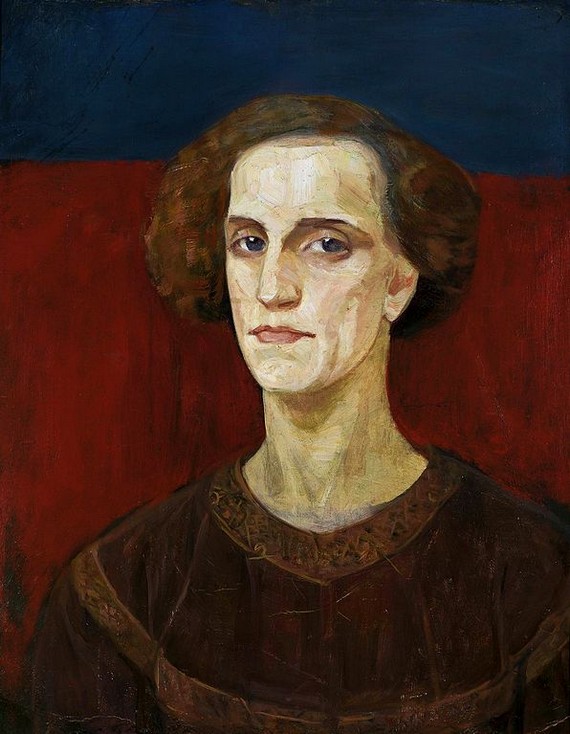 Portrait of a Renaissance man

But it gets better: 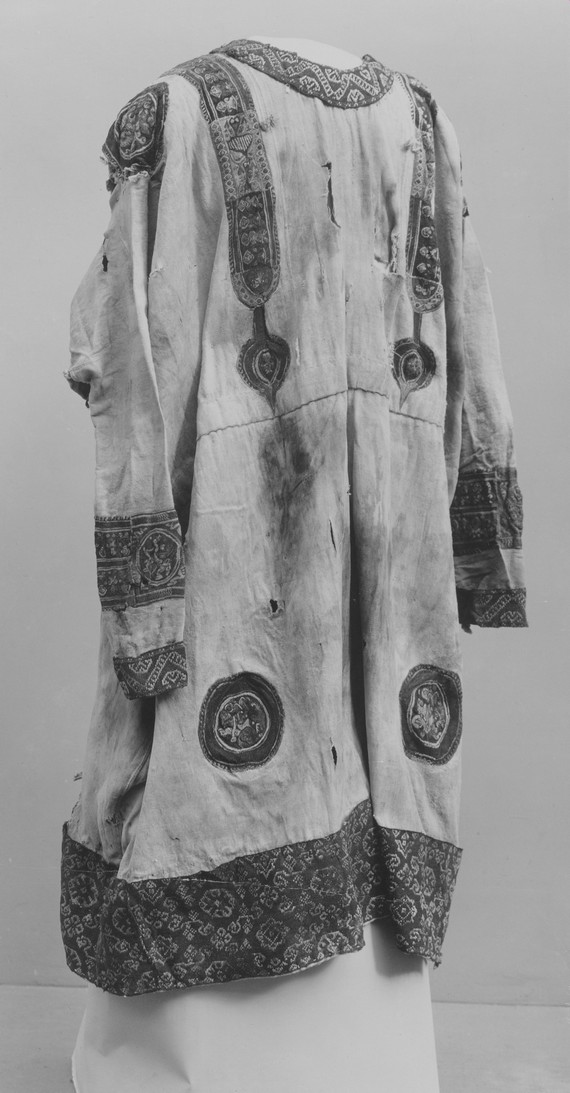 Then came the evolution of the long shirt style. In the 18th century, they dropped in length to mid-thigh, working as underwear as well as a shirt. Also in the 18th century, mens retro shirts became much more embellished than ever before, with frills around the neck and down the front, much fuller long sleeve styles and made out of lace, satin and silk fabrications.

But it didn’t stop there. Detachable collars were added to mens retro shirts. In the mid-1800s, a housewife in America came up with the idea of a detachable collar so that she could wash only the dirty collars of her husband’s shirts, instead of the whole garment. 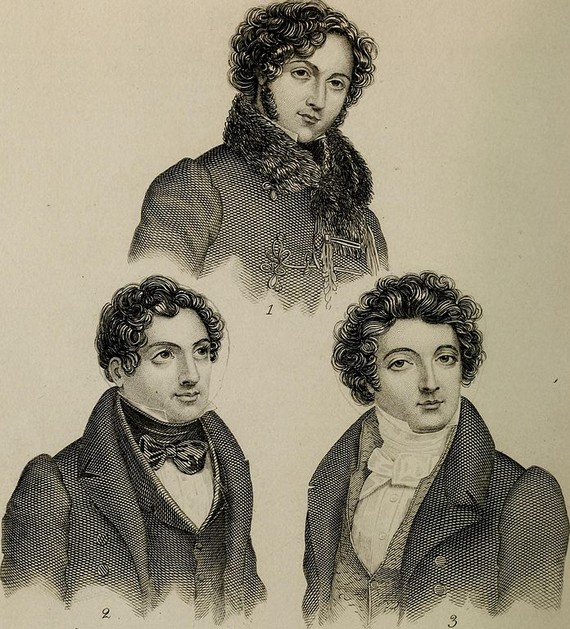 So ends our look back at ancient and early modern age originations and variations of mens retro shirts.

Engraving of Beau Brummell in an article in Harper’s, 1855

The post-18th-century evolution of mens shirts is also a fascinating story, beginning with the industrialization of mens retro shirts. By the early 19th century, when manufacturing displaced farming in Europe and America, it became respectable to be a business man versus a landlord of leisure and vintage shirts became emblems of business power. Business leaders wore winged shirt collars with decorative studs under their three-piece suits.

Then came the Polo shirt evolution. By the late 19th century, the evolution of the polo shirt as a style of mens retro shirts took place. The upper crust players wore these sports shirts with button-down collars on the polo field. 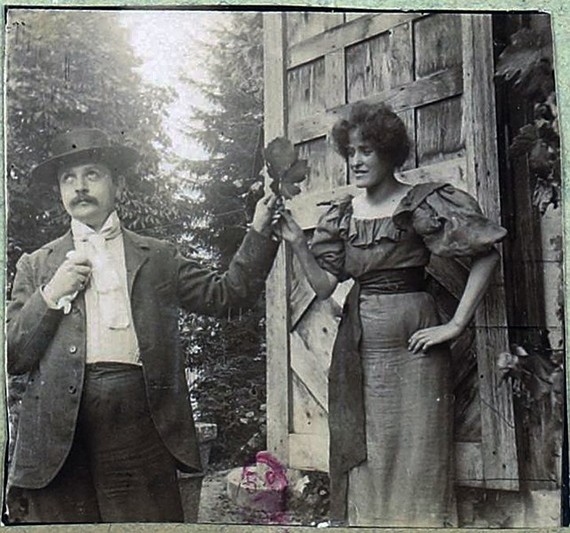 Maxime Dethomas and unknown model at the Bulteau Estate c.1900 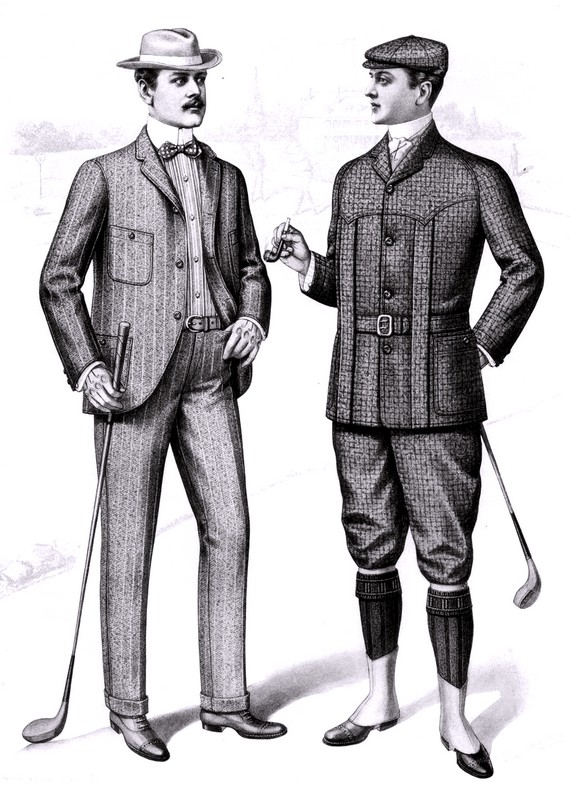 The colourations of mens retro shirts added more to shirt evolution.  For formal occasions, the French cuff style in vintage shirts remained a popular style choice, with cuffs and collars in white and the shirt in a contrasting colour. Meanwhile, office wear vintage shirts went full solid in their colourations, worn under dark suits. 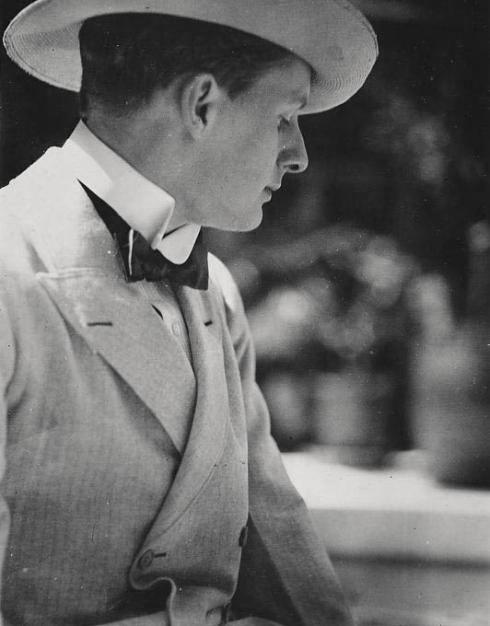 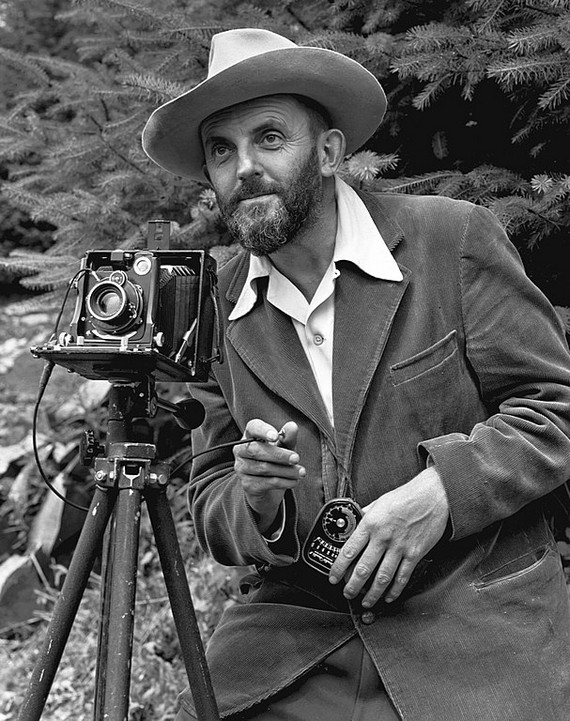 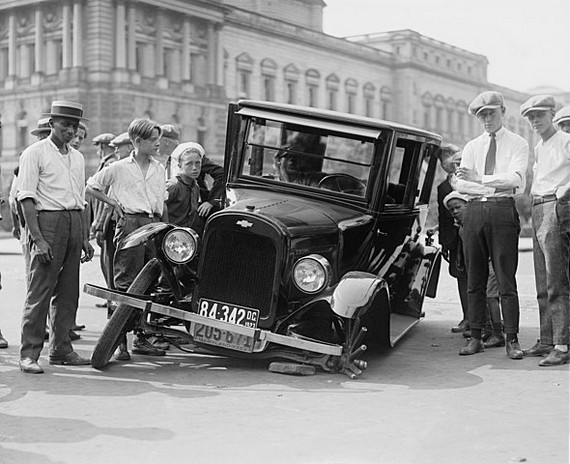 Mens retro shirts don’t need to be originals from bygone eras – there are plenty of options for reproductions that are based on authentic style but incorporate modern spins. 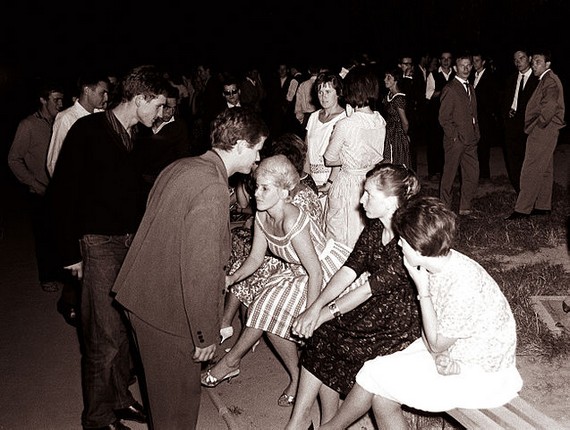 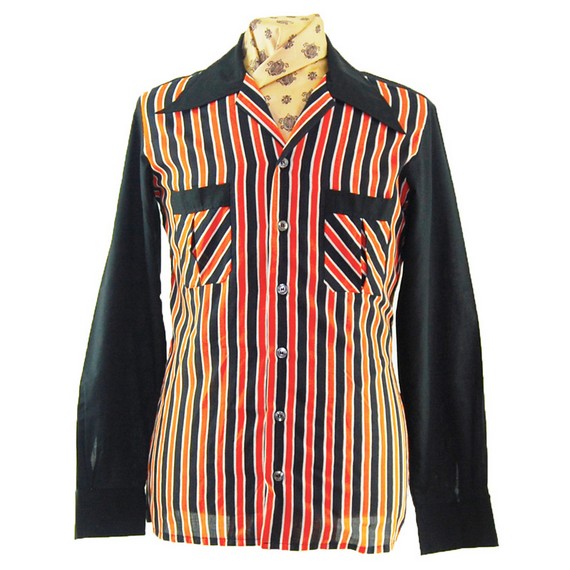 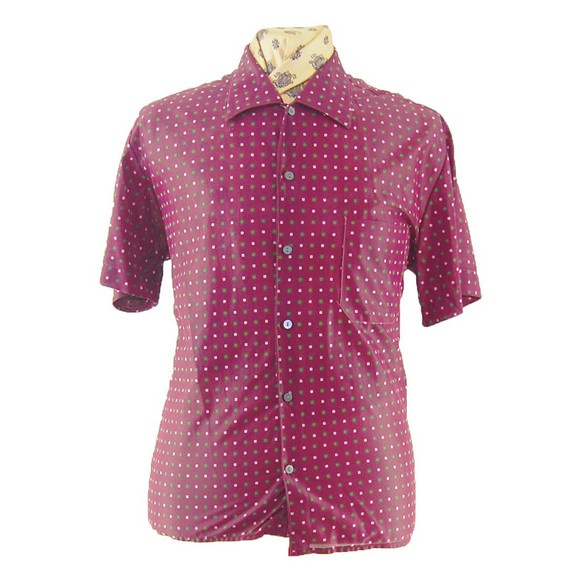 These are just some of the many places where you can get reproduction styles from any of the past fashion decades that capture your interest. 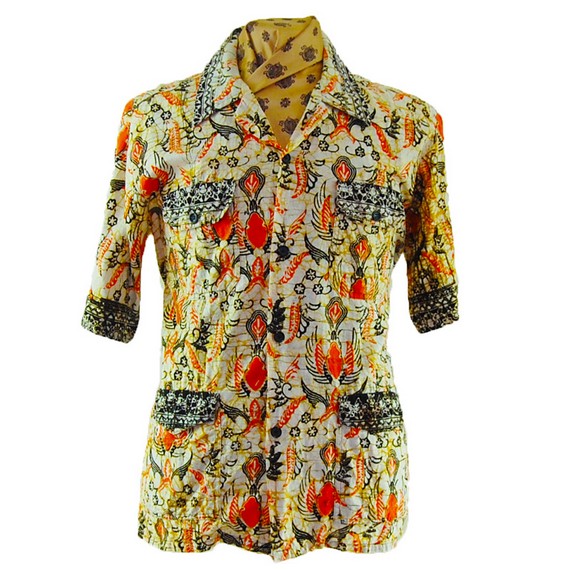 Moving from more formal vintage shirts, let’s take a look at more casual wear that you can rock on and off the sports field. 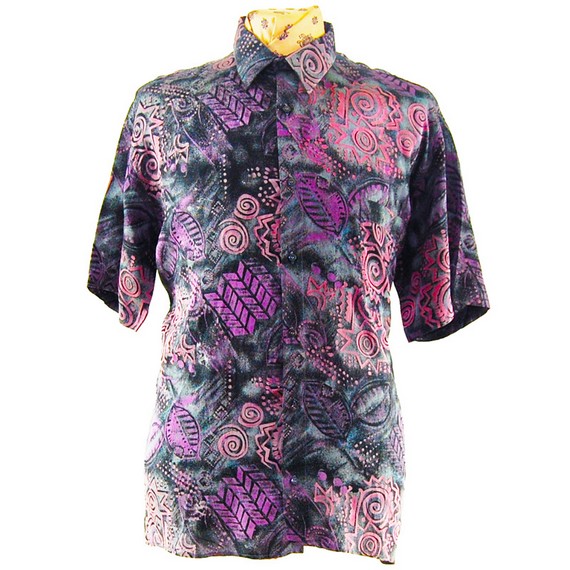 Just some of the places you can find them done the casual way.  Keep going for vintage shirts inspired by throwback workwear styles. 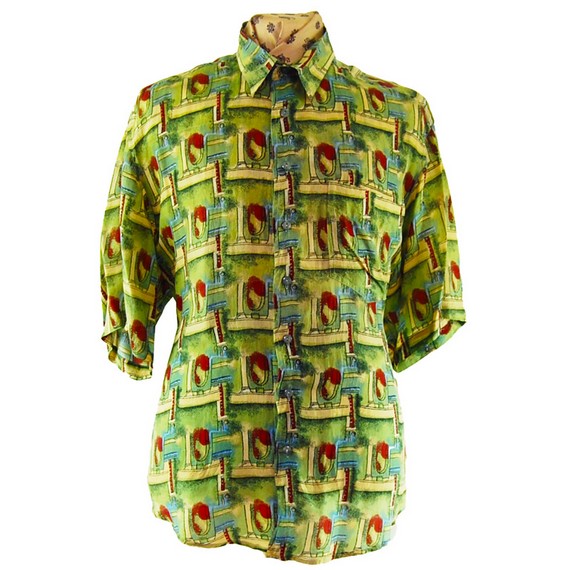 In addition to these sources for classic and original mens retro shirts, there are also some great places highlighted below to find modern takes, inspired by heritage fashion trends that never went out of style.

Lastly, visit JPeterman.com to find mens retro shirts mixed in with modern coordinated separates, and get the perfect mashup of with current trouser and jean trends.  Look for their 1920s collarless Gatsby shirt for true throwback panache. 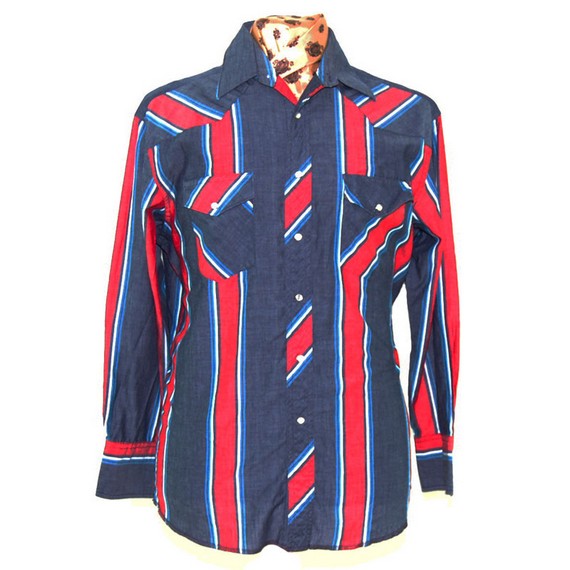 You could also try My Baby Jo for a curated collection of inspired by 1950s fashion trends.  Look for short sleeve shirts, long sleeve shirts, jackets and swimwear. Ralph Lauren is a high-end source for all your mens retro styles in modern fabrications, with high quality construction and a designer label associated with timeless style.   Look here for the perfect workwear vintage shirts to elevate your 9-to-5 fashion game.

Rounding it all up are two quintessential British outlets, Oliver Brown, where British menswear is done the classic way.  From formal morning suits to office three-piece outfits, and the coordinated mens retro shirts to pair with these heritage styles.

Empire Outlet is another UK-based retailer offering you outfits in heritage fabrics like tweed and wool, as well as mens retro shirts with modern flair.  They have the added advantage of great prices to fit every budget.

Get in on a timeless trend with cheap mens polo shirts