If you prefer your sportswear with a more elegant touch, you might want to look for vintage polo shirts.

Vintage polo shirts bring to mind the 1980s more than anything else, with Ralph Lauren naming his line of casuals after them and the world becoming full of colourful polo shirt wearers, with the all important logo on the breast. 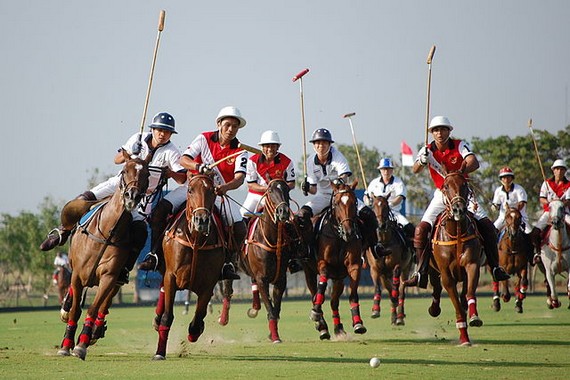 The History of Vintage polo shirts

Vintage polo shirts were first invented when the British Army were stationed in Manipur, India in the late 19th Century. Officers saw locals playing polo and enthusiastically took up the sport themselves. Polo has always been a sport associated with wealth because you need a good horse and the time to train it the manoeuvres needed to play the game well.

The current form of vintage polo shirts as short-sleeved shirts with a soft collar, made from a stretchy fabric came about by degrees. At first, even in the heat of India the officers played in their normal, long-sleeved shirts. They just rolled the sleeves up. Then they added a button at the collar, to prevent the collars flapping around in the wind. This one modification was imported to England in 1896 as “The Button-down Shirt” – it’s still popular today. 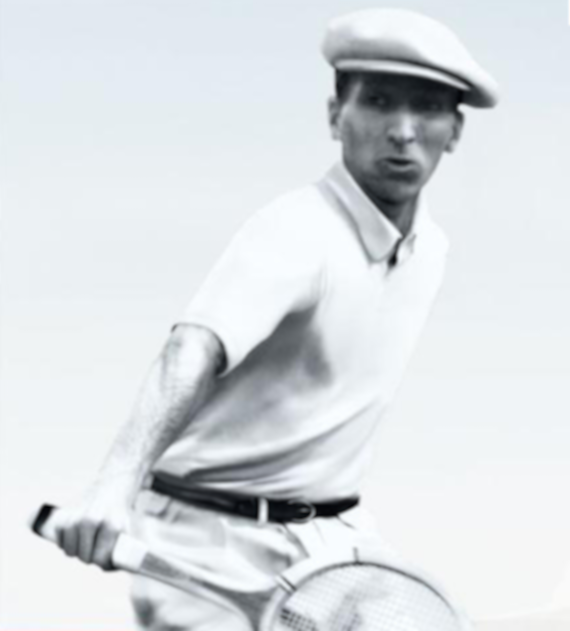 Gradually, as sports became more competitive around the 1920s and 1930s, clothing and footwear manufacturers started looking at how they could alter clothing worn in sports to be more practical for sportspeople and give them an edge.

Jean Rene Lacoste, a number one tennis player, set about creating his own perfect shirt. He didn’t want to wear long sleeves as, rolled up, they hampered his arms. So his shirt had short sleeves.

The shirt he made had a longer back, to stay tucked in when bending over, and a soft collar as the starched collar became crumpled and uncomfortable in play. Lacoste then turned to cotton manufacturers in the North West of England to create a fabric for him that was breathable, and flexible. They came up with pique cotton – that textured knitted fabric used for vintage polo shirts and still used today.

Rene Lacoste wore his new design to win the 1926 US Open tennis championships, and seeing it, other players flocked to wear the shirt too. His design was a huge success, and now the name of Lacoste is associated much more with polo shirts than with the tennis star himself. Rene’s nickname was “The Crocodile” so he had his crocodile logo put onto the breast pockets of his shirts – perhaps the first example of a visibly branded garment in history.

And it wasn’t just tennis players who loved the new style of vintage polo shirts, but other sports stars too, including polo players who liked how the soft collars could be flipped up to prevent sunburn to the back of the neck – again, popped collars are still a big fashion statement now.

In 1933 Lacoste founded La Société Chemise Lacoste (The Lacoste Shirt Company) to mass produce the shirts, and by 1951 he had expanded from simple white to a rainbow of colours.

Other companies like Fred Perry began copying the design, which is when vintage polo shirts became fashion items as much as sportswear, and by 1972 Ralph Lauren had created his Polo Ralph Lauren design.

A great 60s shot of a vintage polo shirt wearer.