Mens vintage shell suit tops are brilliant if you want to dress up as a blingy WAG, a chav with an ASBO, a religious fundamentalist or Jimmy Savile. Possibly, just possibly, you could be a sports star or a person really in love with colour.

Because colour is the main thing about mens vintage shell suit tops. These are not jewel tones, or tasteful pastel hues, but the specific blazing plastic turquoise paired with hot pink, purple with lemon yellow, or baby pink with sickly violet that you only seem to see in an 80s colour scheme. Or, as one contemporary description of fashionable shell suits has it: “A winning combination of strident colours”. I will remember that descriptor. 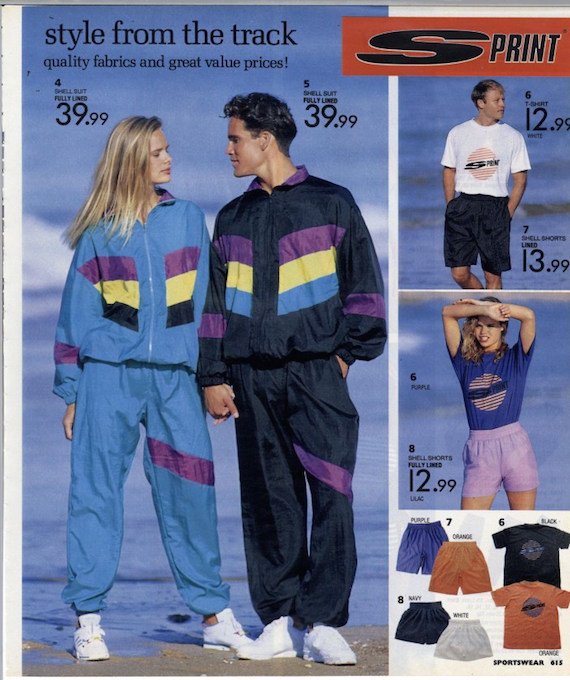 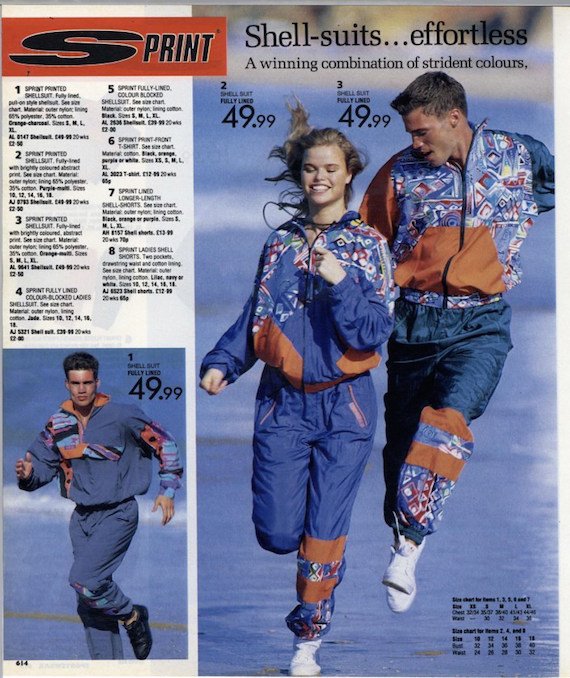 A winning combination of strident colours. 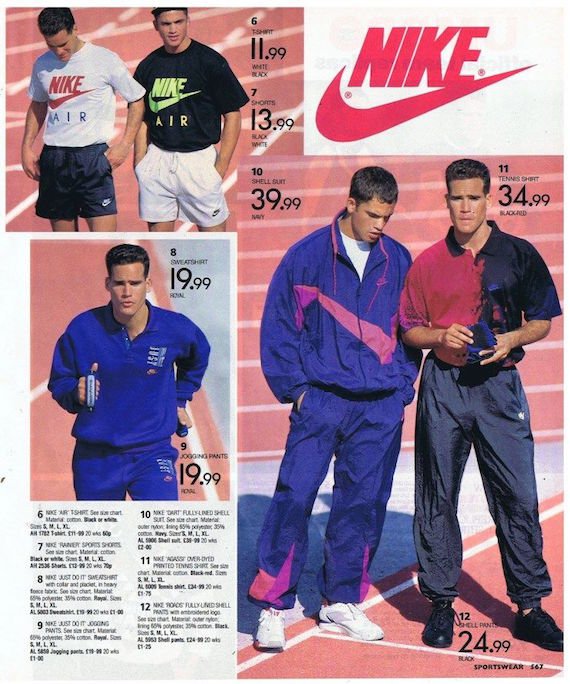 I can’t think of a person it would suit, but nevertheless shell suits were worn by the masses in the 80s and 90s, and with the joyful abandon that comes of feeling like you’re uber on top of fashion. It was an extension of the sportswear trend and indeed, many really were worn for sportswear, when out jogging, for example.

They were actually designed as an outer, “shell” layer on top of your shorts and t shirt so that you could strip them off when you’d warmed up a bit, but who wanted to wear two outfits at once? Most just wore it directly next to the skin like a track suit.

The slightly more disturbing side of the trend comes from those who have a fetish for the shiny shiny garments. They like the idea of the crinkly nylon slipping between their fingers, and the blazing colours warming their eyeballs, I think.

Well, people are free to have a fetish for whatever they want, but I can’t un-see those pictures of alluring hunks posing coquettishly for the camera, their mens vintage shell suit tops enticingly unzipped. I did it for you, dear reader, so that you don’t have to. No, you really shouldn’t. 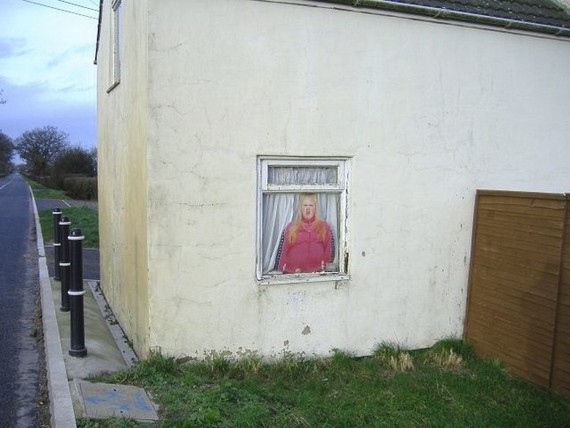 And of course, with Vicky Pollard, David Icke and Jimmy Savile as style icons, the top to toe shell suit look, especially with added medallions and gold chains, may be a style best avoided for some time. Unless you wanted some tasteless Halloween ideas, perhaps.

Not that I’m saying that Vicky Pollard should be a Halloween outfit, really I envision her as more one of those cheeky stripper costumes, you know how they have stripper school teacher, stripper phd students, stripper whatever you can think of outfits – I think a stripper Vicky Pollard, in hot pants and stockings, would go down a treat.

In seriousness, I think that a true colour lover may be able to make something of mens shell suit tops – I’m thinking of some of the beauties from the Advanced Style blog – after all, if anyone could pull it off, it would be these dapper creatures, who don’t give any f*cks about conventions and instead build astonishing outfits from wardrobes that must be cavernous as mansions, given their impeccable variety of looks. I recommend you take a look at them for style inspiration at any age.