Read on for the backstory of the shell suit tracksuit and then see how this trend never went away and learn how to rock it with your current closet pieces today!

The shell suit tracksuit has its origins in the authentic sports-oriented track suits from back in the 1960s and was a reinvention of that look into the streetwear and dancefloor shell suit of the 1980s and 1990s. Today, you can rock the shell suit tracksuit as a one-off fancy dress costume or incorporate into your current wardrobe for a fashion-forward mashup of retro with modern dressing. 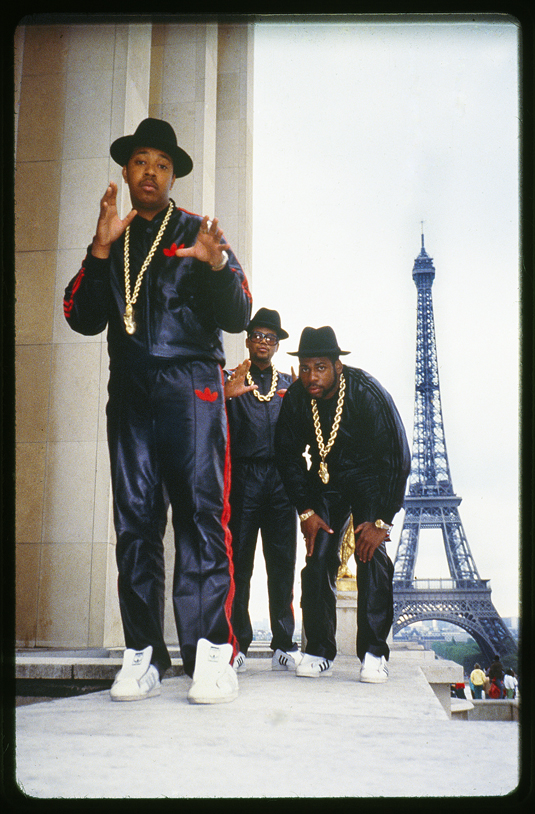 vintage tracksuits from the 90s

Shell suit tracksuit through the decades

You can find all ranges of the shell suit tracksuit at eBay and Amazon, in sizes ranging from extra small, to medium large and every other size on the spectrum, at price points to suit your budget and styles to suit your taste.

From sports stars to movie and TV stars, shell suit tracksuits are an essential part of their everyday look and also used to make their style statements. The shell suit tracksuit is just one interpretation of the ever-popular, undying track suits of fashion past and present.

With a backstory that started in the 1960s and 1970s and the trend’s staying power even into today’s fashion, the shell suit tracksuit and other varieties of track suits have major staying power and are worth your fashion investment.

All shell suit variations and track suits come as a set of jacket or trousers, although feel free to mix and match at will! The shell suit tracksuit jacket is usually a brightly coloured nylon or Gore-Tex affair with a full front zipper, side pockets and contrasting stripes or other patterns on the front and sleeves.

The shell suit tracksuit trousers will typically have an elastic waist (so comfy!), a loose fit and come in the same colour, fabric and embellishments as the jacket. 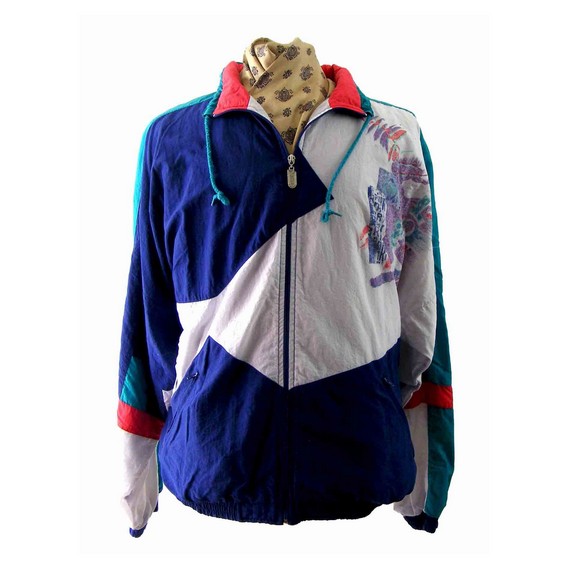 The original shell suit tracksuits that were worn strictly for sportswear were usually made of cotton, polyester or terry cloth, and were far more subdued in colour and style than a shell suit, which took this utilitarian look and amplified it up to a totally different level with bold colours, flamboyant styles and destinations from streetwear to club floors.

In the early 1960s, sports stars like Tommie Smith and John Carlos used ubiquitous track suits as warm-up gear, to be removed when sprinting, then put back on when cooling down. These early versions of track suits had buttons instead of zips and were of moisture-absorbing materials like terry cloth or cotton.

By the last 1960s, Adidas got into the game and started designing and selling shell suit tracksuits as part of its sportswear-cum-fashion collections.   In the 1970s, fashionistas of all stripes snapped up these track suits and embraced them as the jogging outfit to be worn – and seen in – everywhere. And these fashion and health aficionados ranged from soccer Moms to the then-President of the USA, Jimmy Carter. 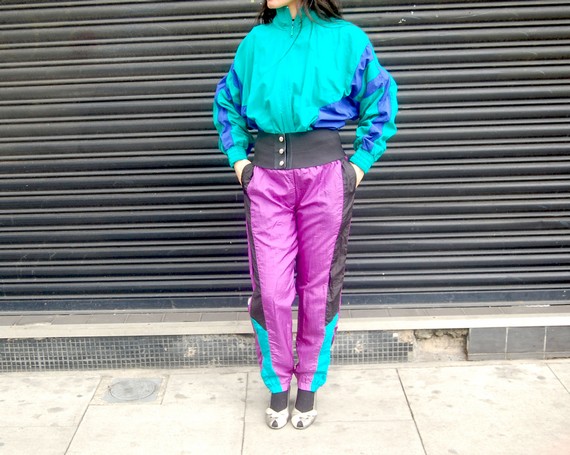 Track suits were also made famous on the big screen, with Bruce Lee wearing a yellow version in “Game of Death”, and Lee Majors in “The Six Million Dollar Man” TV series sporting a red version. In later years, Uma Thurman worked her own version of the shell suit tracksuit in the “Kill Bill” movies series.

In addition to sports and the big and small screens, the shell suit tracksuit is intrinsically linked to the streetwear styles of hip-hop and rap music, artists and culture, from New York City to Los Angeles, California. Bands like Run DMC and music stars like Jay-Z, Russell Simmons and Diddy adopted track suits in all their variations as their emblems of counter-culture and rebellion against “The Man”. 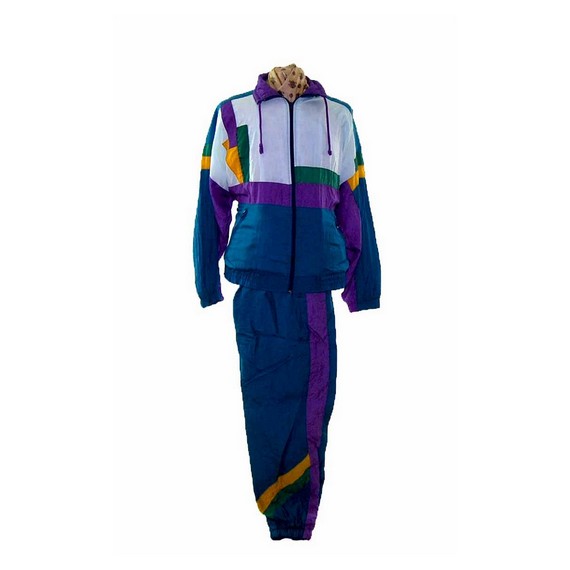 Shell suits in highly moisture-resistant man-made fabrics like nylon evolved to take the sports, street and music worlds by storm, especially popular with break dancers who liked the flexibility and ease of the shell suit tracksuit when riffing on new dance moves.

In the 1990s, track suits and the shell suit tracksuit scaled the pinnacle of fashion heights, with the USA sending its basketball team to the Summer Olympics in Barcelona adorned in track suits emblazoned with American symbols. Sports stars like Michael Jordan, Magic Johnson and Scottie Pippen made up this team, and rocked their track suits to perfection!

Also in the 1980s and 1990s, the shell suit tracksuit became synonymous with Liverpool street style, British football stars and British rock bands like Blur and Oasis. The shell suit was all about being anti-establishment and street corner style, making a statement as rebellious as those who wore it with panache and pizzazz. 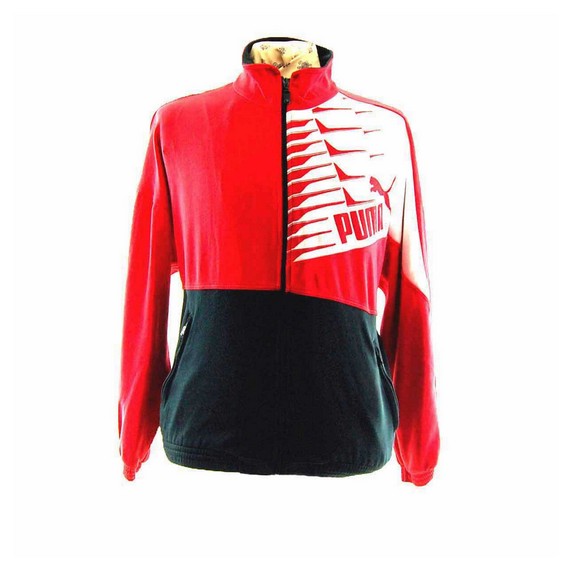 In the U.S. of A, the Baby Phat line of clothes by Kimora Lee Simmons was all about the shell suit track suit as fashion wear, laying the groundwork for the arrival of velvet track suits embellished with saucy words across the trouser seat, ala Juicy Couture.

In the 2000s, the velour track suit was the fashion trend of the day, with reality TV stars like the Kardashians, Paris Hilton and singers like Britney Spears rocking the look for daywear and nights out.

Then in the 2010s, the shell suit tracksuit was reinvented yet again, this time as a staple of the athleisure trend, which is still a stalwart on fashion catwalks and everyday main streets today. The athleisure trend takes sports wear to a whole new level, mixing and matching track suits with denim or floral for weekend wear, or with sweaters and blazers for office wear.

Movies like “The Royal Tenenbaums”, “Game of Death” and “Mean Girls” and TV shows like “The Sopranos” all had their own versions of track suits and the shell suit, making the look mainstream and cool all at the same time.

Hip-hop stars like 50 Cent and Snoop Dogg wore their own interpretations of the shell suit tracksuit, giving it a counter-culture spin as well. And then there are politicians in recent history who wore track suits as their “every man” symbol, from Hugo Chavez to Castro and even Barack Obama. 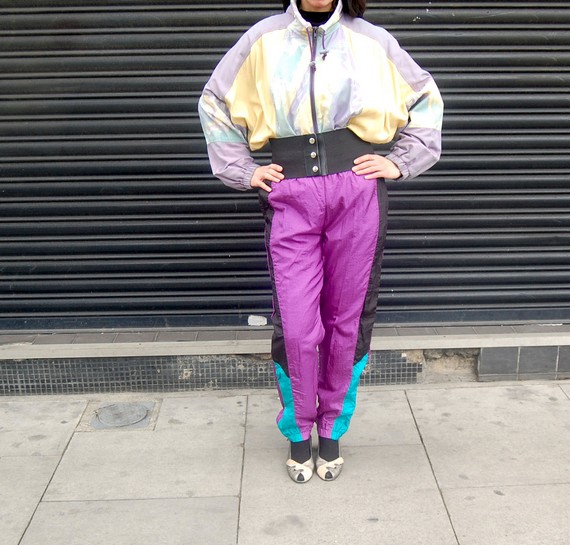 Here are some ideas for styling your shell suit tracksuit for today:

Whether you rock the shell suit tracksuit in your everyday wardrobe or pull it out for your next fancy dress costume party, this spin on the traditional track suit has so many style options it is sure to be a mainstay in your closet.