Explore the different ways the shell suit jacket has evolved through fashion history, then be inspired to add it in a variety of styles to your own fashion persona!

The shell suit and the shell suit jacket and trousers worn as separates have a long fashion backstory starting as early as the 1970s and is still so versatile and wearable today.  Learn all about the birth and re-birth of this style phenom, then get yourself a couple (or more!) that best compliment your own personal style and rock on! 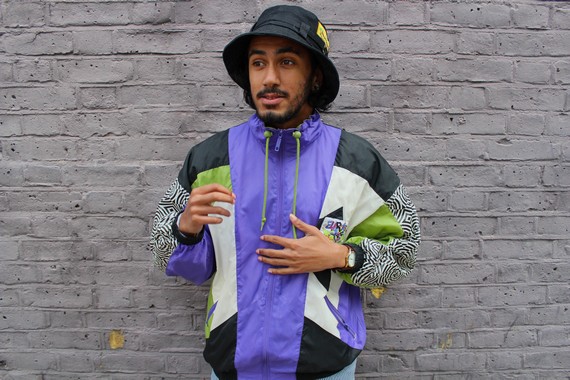 The shell suit jacket grew out of the tracksuit, which started its life as a sportswear outfit consisting of matching jacket and trousers designed for function rather than fashion. But online sites like Asos and Etsy show us how all that changed!

The primary goal of the original tracksuit design was to enable easy movement on and off the sports field, so it was very much a functional jacket and trouser combo.

Of course, that did not mean the tracksuit and its progeny, the shell suit, was not longer a sportswear option. In the 1970s, and thanks to online shippers like Amazon and eBay subsequently in the 1980s and beyond, you would see the shell suit jacket and trousers on everyone as they indulged in their new favourite sport – jogging! 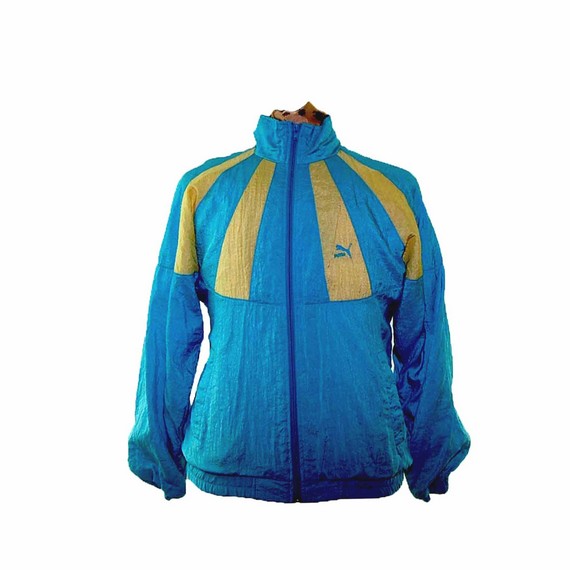 Sylvester Stallone as Rocky Balboa in the blockbuster “Rocky” movie series, epitomized the everyman in his functional tracksuit as he prepped for his famous boxing matches.  And then there was Warren Beatty in “Heaven can Wait”, rocking his shell suit interpreted in jersey fabric for a more laid-back vibe.

The health and fitness-focused aerobic classes of the era were a perfect match for the shell suit jacket thrown on over the tube top or fitted tank after a rigorous workout session.  Picture the iconic Jane Fonda in her headbands and bright leotards, and you can exactly how apropos the shell suit was with that aerobic gear.

Also in the 1980s, the tracksuit and its variations like the shell suit and shell suit jacket and trousers, in colourful hues and significant designs became symbols of global style, worn by such sports and pop culture superstars as Carl Lewis, Michael Jordan and Florence Griffith-Joyner.

The popularity and adoption of the fluorescent rayon or nylon shell suit and shell suit jacket in bright colours and fanciful embellishments spread around the world, from the jet-setters in Europe’s playgrounds to the hip-hop fans on the streets of New York and LA.

Those kids from the block and on street corners were early and avid adopters of the shell suit jacket and trousers in velour and nylon, emblazoned with symbols and custom designs to indicate group membership or style individuality. The Beastie Boys paired the shell suit jacket with their jeans for a pop of colour and pizzazz.

And let’s not forget the adoption of the shell suit jacket and trousers by mob bosses and organized crime, particularly favouring the high-end versions made by Gucci and emblazoned with the iconic GG logo, that screamed money for all to see. 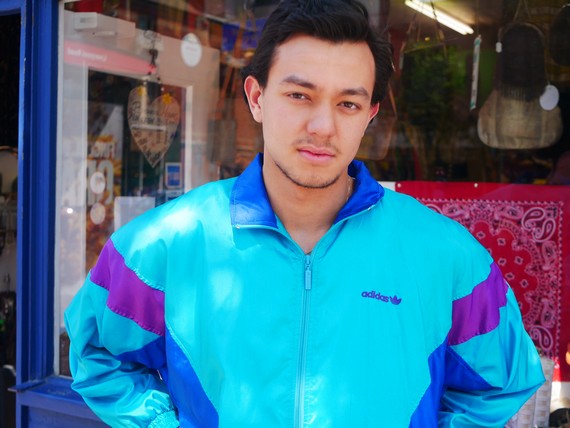 Why the shell suit jacket is here to stay

Like other timeless sportswear outfits, the tracksuit and its shell suit spinoff has gone way beyond its beginnings as functional sportswear and evolved into streetwear, dance wear and in today’s world, athleisure wear.

Worn by everyone from rock stars to soccer moms, the shell suit jacket and trousers is timeless because it is so easy to wear, comes fully coordinated or as separates, depending on how much effort you want to invest in your look and is versatile enough to take you anywhere.

From its early beginnings in the 1970s as elite athletic wear that later became the go-to jogging outfit, the tracksuit and its more stylized version, the shell suit, was memorialised by legends like Bruce Lee in his red striped spin on the TV show “Longstreet” or his black and yellow version on “Game of Death”.

In the 1980s, the shell suit and its many versions of shell suit jacket and trouser combos took the fashion world by storm, especially with its innovative use of synthetic fabrications that were waterproof, stainproof and very durable.

The 1980s also saw the hip-hop culture adopt the shell suit jacket and trousers to express their own style statements, whether it was as break dancers, DJs or rappers. The look became synonymous with street and dance wear across New York, from Queens to the Bronx and Brooklyn.

The three-striped Adidas version of the shell suit was the go-to look for Run-DMC, rap’s big supergroup at the time. They finished their shell suit jacket and trouser style with original Adidas high-tops for that complete and iconic hip-hop look of the day.

Today, you see the trend continue with rap stars like LL Cool J and Snoop Dogg, with their chunky gold chains draped over their shell suit jackets for added impact.

In addition to rap and hip-hop, the shell suit was adopted by British bands like Blur and Oasis, emphasizing their “everyman” look and connection with their working class fans.

The shell suit jacket and trousers have sustained their appeal throughout the history of popular culture. From mob bosses on TV shows like “The Sopranos” or movies like “Rocky” and “Goodfellas”, you see the tracksuit and shell suit in all its iterations and variations, making an enduring style statement.

In the 2000s, reality TV stars like the Kardashians and the Hiltons wore their own version of the athleisure outfit, ala a Juicy Couture shell suit in brightly coloured velour.    Remember Britney Spears and Kevin Federline wearing tracksuits to their wedding?

And don’t forget the adoption of the shell suit by politicos like Castro and Chavez, for whom the look epitomized revolution and rebellion against the status quo.

The shell suit jacket and trousers are now mainstream streetwear, embraced by fashion designers worldwide who each provide their own interpretation of the original.    Adidas, Nike and others now offer modern versions of the shell suit in highly technical fabrications, subtle go-with-everything colours and lots of mix-and-match potential.

High-end fashion houses like Gucci offer their own versions of the shell suit jacket in luxurious materials and lots of stylized embellishment. Look at any modern catwalk and you will see the shell suit jacket reimagined for today’s fashionista all the way from utilitarian casual day wear to exotic colourful and fanciful spins for nights out on the town. 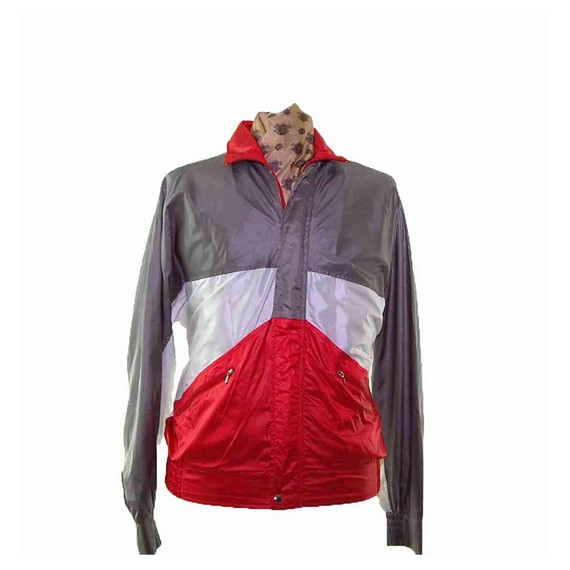 Look for your own shell suit jacket options online at global market places like eBay or Amazon, then pick this iconic timeless closet staple in a colour that suits you and expresses your personality, from neutrals like navy, black or grey to brights like red, pink or any neon shade.

Choose an authentic throwback pieces from the 1980s or go for a modern interpretation – the choice is yours.

Then pair your shell suit jacket with your fave dark wash skinny jeans and a basic white T-shirt for street savvy daywear style. Don’t forget to add white sneakers for that finishing touch.

At night, throw your shell suit jacket on over a silky strappy dress to give some edge to your look. Or layer it over a silky cami and a pair of skinny black trousers to take your style to the next level. It’s all about what makes you happy and feel comfortable in your skin.