From women’s platform trainers and wide-legged dress pants, to flipped baseball caps and everything studded worn around the waist, neck or wrist – 90s fashion trends styles are back in fashion

These 90s fashion trends are making a resurgence, despite over two decades gone by

90s girls were characterised by velvet chokers, studded braces and bracelets and high-tank tops.  Overalls were not simply things you saw at your garage, but you could see young girls wearing them as staple back-to-school attire.

Here are a few memorable 90s fashion trends that are popular amongst boomers and Gen Y’s even today.

When it came to wearing denim – whether jackets or trousers, 90s fashion trends featured lots of embellishments. From cutting to ripping, and from dyeing to patching – 90s fashion saw it all!

Back then, it was cool to wear your jean pants high around the waist. And with that high-waisted look, came the cuffing of the bottom to give them a distinctive 90s style look. It wasn’t that alterations cost too much. Cuffed jeans were just a signature 90s thing to do!

And today, if you’ve ever attended a Selena Gomez event, or watched her dress in any of her popular videos, you’d see the cuffed-jeans 90s trend stare right back at you.

When it came to wide legged apparel, 90s trend skater’s Jean pants were a staple school wear for young girls. Often known as baggy pants, they became part of a more popular 90s fashion trends that saw figure-conscious younger women and girls embracing them with gusto.

While any style of shirts or tank tops could be worn with them, they did look a bit awkward bunched up at the heels of your joggers. However, 90s girls adored their skater’s jeans because it gave their bum’s a distinctive outline!

Today, the wide leg jean is back in vogue. Those baggy outfits that defined 90s fashion trends, have become the quintessential look for modern day hip-hop artists.

By Sam from London, UK (Black and silver choker – front) [CC BY 2.0 (https://creativecommons.org/licenses/by/2.0)], via Wikimedia Commons

Leaf through any 90s fashion magazine or entertainment publication, and chances are you’ll see a celebrity wearing a choker. While today, that simple accessory has connotations of S&M, 90s styles were devoid of any such dark attributions.  It was just another fashion attachment that made your dress complete.

Today, the humble, innocent 90s girls choker is back in style, except that they now have lots of “stuff” dangling from them. The choker now compliments outfits from velvet jackets to slip dresses.

By Kuchen (Own work) [Public domain], via Wikimedia Commons

90s fashion trends also included some memorable footwear items that are seeing a resurgence today. 90s platform boots were a big thing back then. While they evolved from the single-levelled flatform boots, the platform quickly became fashionable amongst 90s girls and young women.

While platform clogs, platform flip flops and platform jelly sandals were a rage, trending were black boots made from faux suede fabric with heels up to 4.5” high.

Enter the Spice Girls, and their signature platform footwear overtook most other fashion trends of that decade.  Today, singer and model Rihanna has teamed up with Puma to make wearing platforms fashionable once more. From patent leather models to platform sneakers, to laced-up platforms, what was “in” back in the nineties is once again coming back in style!

Speaking of 90s fashion revival, who can forget the highly imaginative Popcorn outfits from that decade? Fondly known as Magic Bubble Shirt, this throwback from 90s fashion trends both amazed and stunned anyone that saw it for the first time.

No larger than your outstretched hand, the Popcorn shirts would expand to perfectly a 90s girls body, cleverly highlighting all the curves and contours!

Today, the popcorn blouse, dress and even tank top is popular once more.  What especially attracts today’s woman-on-the-go to Popcorns is what made it a 90s fashion icon. They don’t wrinkle. They’re easy to dump in suitcase. They don’t occupy space in your wardrobe. 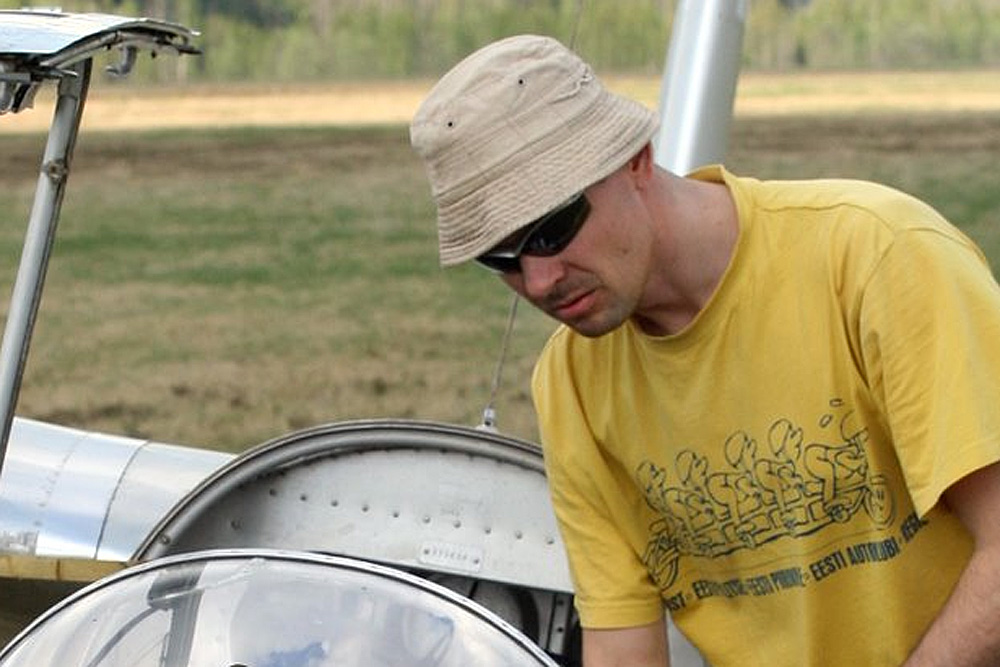 By JJagomagi (Own work) [CC BY 3.0 (https://creativecommons.org/licenses/by/3.0)], via Wikimedia Commons

Initially entering the annals of 90s fashion because it was such a great hit with anglers, farmers and outdoors lovers, the Bucket soon started trending in the music scene. Back in the early 2000’s, singers like Christina Aguilera was often seen sporting one.

This member of the 90s fashion trends has more recently got a huge boost when singer, model and forward-fashion thinker Rihanna was seen wearing one. It’d time to dust your old piece out of mothballs and start wearing it all about town!

Sheepskin Ugg Boots are probably one of the few unisex items to make it into the book of 90s fashion trends. Originating (where else!) in New Zealand and Australia, Ugg Boots became fashionable in the U.K and U.S.A in the 90s.

Featuring fleece inside and a tanned surface exterior, the typical style of the Ugg comprises twin-faced sheepskin designs with synthetic soles. While not necessarily a purely outdoor boot, wearing Ugg’s has been linked to “surfer dude” outfits.

More recently, the 90s fashion popularity of the Ugg has seen a resurgence, with designer Jeremy Scot of Moschino collaborating with Ugg to create 8 limited-edition contemporary Ugg-related footwear fashion trends for men, women, kids and even toddlers.

When actress Catherine Bach played Daisy Duke in the 1970s-80s hit TV series The Dukes of Hazzard, her on-screen outfits included a pair of jean shorts – something that would later make its way into the annals of 90s fashion trends. Although, the 90s styles of this garment weren’t as “innocent looking” as their origins back in the 70s and 80s.

In 1993, Daisy Duke jean shorts once again made headlines with the rap song “Dazzey Duks”. Women wearing a much more “bare” version of Daisy Dukes quickly made them fashionable once more.

That 90’s fashion icon later got a big boost when Jessica Simpson dawned on a pair of Dukes while playing the part of Daisy in the big screen remake of The Dukes of Hazzard.

Eyewear too needs honourable mention when talking 90s fashion trends. Back in the 90s, rainbow lenses were the rave amongst singers and bands. Boy bands like *NSYNC, and popular female artists like Britney Spears made coloured lenses part of their outfits.

Today, that icon of 90s fashion is once again becoming popular.  Contemporary reality star Kyle Jenner, and popular model Cara Delavigne are bringing the 90s girls look back into prominence.

By Catherine Settanni (Flickr) [CC BY 2.0 (https://creativecommons.org/licenses/by/2.0)], via Wikimedia Commons

Today, the beauty of 90s fashion has a twofold advantage for men and women putting together a contemporary wardrobe. Firstly, because of the diversity of 90s styles, it’s so easy to match today’s outfits with pieces from the past.

From a faded jean to glossy leather jacket, to a floral dress – if you can reach into your closet and pull something out from the 90s, you can easily pair it up with a contemporary piece you may have on.

And then, there’s availability. Fashion trends from the nineties are so well established, that you can pretty much walk into any vintage store and select a piece to go with a dress or trouser from 2016 or 2017. In that sense, 90s fashion is ageless, and what used to be fashionable back then, is making a comeback once more!