70s fashion trends grooving their way back into women’s wardrobes

70s fashion was characterised by the freedom that men and women had in personalising their looks and their wardrobes. From letting your hair down, to wearing clothes with high waists, people experimented with whatever made them feel comfortable. And while they were at it, they introduced a rainbow of colours, prints and electrifying looks by mixing and matching styles to create unique 70s fashion trends.

From the hippie look to bohemian chic and punk styles, 70s fashion trends had many a defining moment – some of which even live on today!

For fashion trends, imitation is the best form of flattery. For many of today’s fashion designers, throwback time is here again with 70s fashion trends making a splashing comeback. 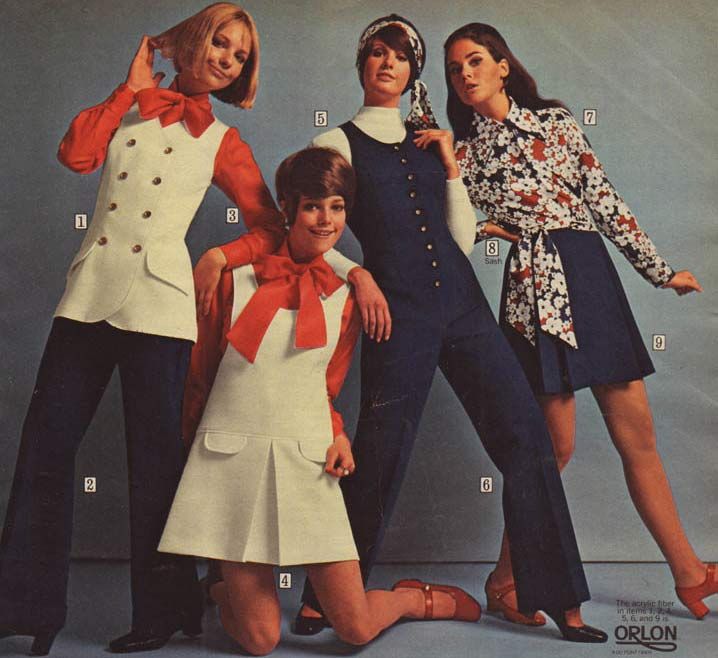 Looking back at the 1970s, one can only imagine how an entire decade was defined by a few fashionable moments.  Most fashion commentators would agree that the 70s could be classified as the “ME” decade – one that showed the world that women had finally come out of the shadows and taken their place as equals amongst men.

Here’s a flashback of five defining moments for 70s fashion:

Their perfectly sculpted bodies helped showcase and cement some of more memorable 70s fashion trends, from sexy bikinis to loose-fitting pants and high waisted skirts.  Designs that “liberated” a woman’s body featured prominently during the decade. And prints that were dominated by trending colours, like hot burgundy and, reds, warm browns and mustardy-yellows, quickly became popular.

Designers became conscious of a woman’s need to not only look sexy, but appear sporty and fit too!

During the initial part of the 70s, Thea Porter’s bohemian look dominated the fashion scene. The trend was characterised by the iconic long-flowing tent dress, wide and free-flowing pants, and designs heavily influenced by Indian prints.

The 1970s was also the decade when batik, tie-dye, crochet and knitwear became popular amongst designers. And while hippie dressing wasn’t entirely a thing of the past, famous fashion women like Jessica McClintock and Laura Ashley introduced the phenomenon of the prairie dress that quickly took deep root and became an iconic part of the seventies fashion trend.

Back then, it was chic to wear wide-legged, bell-bottomed, flared Jeans, which rode high on the hips. Initially, manufacturers stuck to denim in plain designs, but as the 1970s moved on by, soon pants with studs across them, embroidered in colourful patterns and embellished with other add-ons were introduced.

Designers like Sasson, Calvin Klein, Gloria Vanderbilt and Jordache added a whole new chapter to 70s fashion trends by moving beyond denim pants. It became a common sight to see women wearing denim jackets, skirts, vests, suits, hats – and yes, even gloves! Each designer crafted their unique style in these garments, further adding to the richness of 70s fashion.

The dungaree, which was considered fashionable for most of the decade that had just passed, quickly became a thing of the past!

70s fashion trends like the Jersey goddess look popularised by designers like Roy Halston, added to the already prevalent night of “fun and sin” aura. Ultra-suede and Kaftans became the popular dress for party-loving, drug-snorting crowd.

The hippie lifestyle of the 1960s, often associated with easy-going, fun-loving ways, influenced 70s fashion too. Psychedelic drugs and lighting in nightclubs and discotheques all over Britain and America saw women dancing and “making out” in clothing like the popular tube top and the wrap-around skirt. Every man had to have a 3-piece suit like the one worn by John Travolta in “Saturday Night Fever”, and a popular trend in women’s wardrobes of the 1970s was the iconic wrap dress made famous by designers like Diane von Furstenberg (and her “DvF” label).

The underbelly of 70s fashion trends 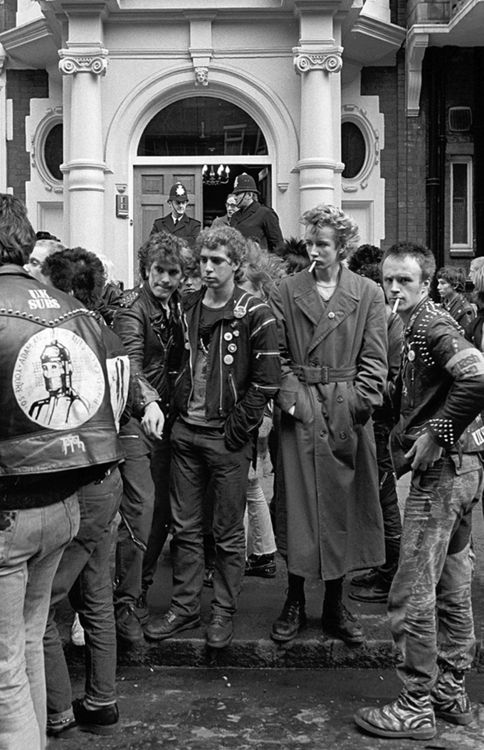 While pompadour hair styles for men (a.k.a the Tony Manero look from Saturday Night Fever) (made famous by Elvis) were popular in the 1970s, punk rock music also influenced clothing styles and fashion of that decade.

In October 1970, Brits Malcolm McLaren and Vivienne Westwood established SEX (later renamed to Seditionaries) at 430 King’s Road in London. The signature Jean top with clear plastic pockets and t-shirts with raunchy anarchist slogans set the trend for a range of other, often controversial, 70s fashion statements.

The fashion-duo set in motion a contentious clothing trend that followed, including the use of the Cambridge Rapist’s images and half-naked cowboy’s, as part of their signature style. Bondage and fetish wear from designers and label owners like She-And-Me, Atomage and London Leatherman became fashionable, as did other raunchy and taboo designs by Vivienne Westwood and McLaren themselves. Some of those controversial fashion trends from that decade were popularised by the English punk-rock band Sex Pistols, who were a client of SEX. Even though 70s fashion had some “dark moments”, the best of that decade’s style have survived, and are making a comeback. For instance, the bohemian-meets peppy look of New York born Ali MacGraw, that became fashionable after her part in the 1970s weepie Hollywood blockbuster Love Story, was (somewhat) mimicked by designers like Hedi Slimane in recent years.

And just as imitation is the sincerest form of flattery, we saw Stella McCartney draw inspiration recently from fashion of the 1970s. She revived, and even amped up, Meryl Streep’s elegant look from the movie “The Seduction of Joe Tynan”, from the late 70s.

From how men and women do their hair, to what they choose to accessorise their wardrobes with – 70s fashion is becoming fashionable once again.  Look at the runway at any one of today’s leading fashion shows, and you are bound to get a glimpse of models wearing skinny flares (70’s pants that hugged the thighs and loosened from the calf down).

Fashion women parading the runways today are also increasing wearing shades and tinted glasses, something of a throwback to fashion trends from the seventies.

And just as silk was in “in thing” in 70s fashion trends, iconic designers like Valentino, Louis Vuitton and Andrea Pompilio are paying homage to the 1970s by  featuring silk again in their recent line-ups.

But it’s not just famous designers and dress makers whom 70s fashion trends have infatuated. Fashion-conscious men and women, going about their everyday lives are also eager to blend in pants, dresses, shirts and jackets from the 70s, into their current collections.

A trip to any vintage store will also bear witness that many fashion aficionados of today are looking for styles and fashion from the seventies to mix and match with their contemporary wardrobe pieces.