80s fashion continues to offer us many inspirations – even for designers of today. But what was 1980s fashion like at the height of the Yuppy and Power suit era?

So, what was 1980s fashion really like? If you are wondering that, you can rest assured that men and women were very fashion conscious in that decade. In fact, bold fashion statements and fashion excesses were the norm of 80s fashion! 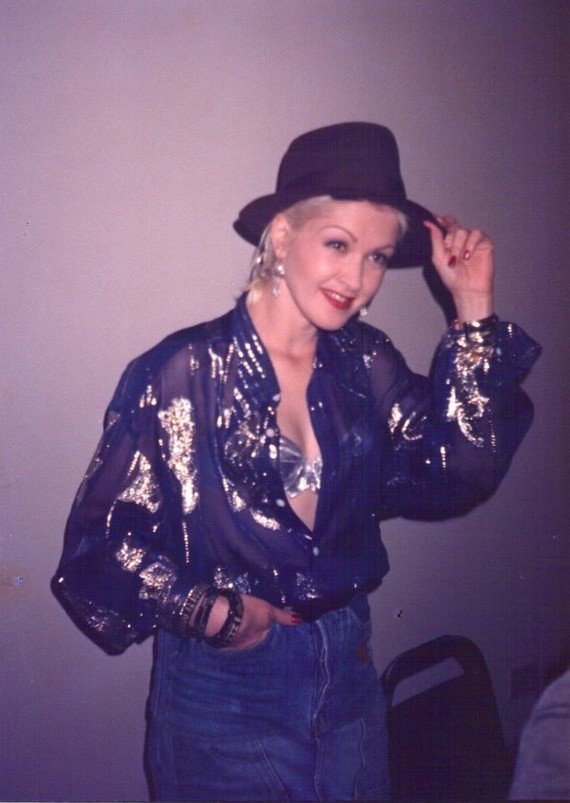 Cyndi Lauper, Brasil in 1989, by lucascynnogue

If you grew up in the 80s, you saw neon canvas shoes, wooden clogs, parachute pants and high waisted jeans worn everywhere. For the benefit of those wondering what was 1980s fashion like for men and women, in their daily lives, lets take a trip down memory lane.

While Hollywood had its influence on men fashion styles too, the New Romantic craze really swept women off their feet in the 1980s. Women were fascinated and captivated by the Cyndi Lauper wave of magic. All girls wanted to do was, dress like popular celebrities and just have fun!

So, what was 1980s fashion like for young girls and adult females? Well, it was one filled with women trying to emulate the costumes and designs they saw on TV and in the movies. Iconic 1980s fashion designers, like Ralph Lauren and Giorgio Armani, took their cues from the masses, and created designs that every woman wanted to own.

No other famous personality did more to promote the 80s New Romantic look, than Britain’s very own Princess Di. She took the fashion industry by a storm, and quickly made women fashion headlines by wearing labels like Chanel, Christian Lacroix, Ungaro and Versace. Soon after becoming the Princess of Whales, Diana embraced the “Dallas Factor” – shoulder pads, glitzy dresses, big hair and all!

The New Romantic look of the 1980s just went mainstream! 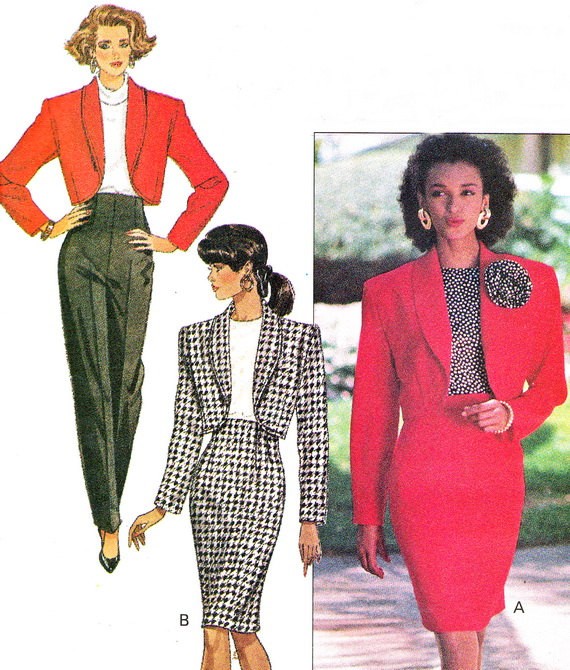 But what was 1980s fashion like for men and women in business and the workforce? Well, that’s a very powerful question, and deserves an equally powerful introduction to – you guessed it: The 1980s Power Suit!

As the 70s came to an end, more women were entering the workforce. Fashion designers were definitely taking note. Women had started embracing popular 80s fashion trends like big hair and statement jewellery. You could also see many young women sporting high waisted jeans and pants on the streets and in shopping malls everywhere.

But things were set to change – dramatically and powerfully!

The Power Suit lead the way in the 80s power dressing revolution after a book, titled “Dress For Success” authored by fashion critic John Molly, was published. In it, Molly urged women to ditch the cardigan, and embrace fashion styles for the 1980s workforce. It was in that context that Britain’s Prime Minister Maggie Thatcher’s Power Suit gained prominence.

So, what was 1980s fashion like after “Dress For Success” became a hit?

Iconic women fashion designers, including powerful names like Giorgio Armani and Ralph Lauren took to their drawing boards to come up with their own twists on the power suit. Women’s power dressing came into its own, with padded shoulders, smart navy-blue blazers, and stylish trimmed pants.

But shoulder pads weren’t the exclusive domain of powerful women in the business field. With Dynasty TV star Linda Evans proudly featuring her version of the wide-shouldered look, and being watched by 250 million sets of eyes globally each week, 80s fashion for women got a powerful boost indeed! 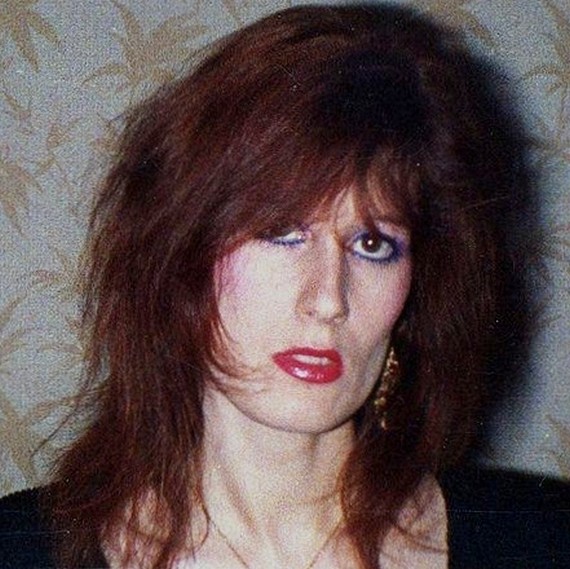 And what was 1980s fashion like for hair stylists? That’s easy to answer – it was BIG!

The hip hop revolution inspired more than just a love for music. While the high waist pant was popularised in the 1980s, men and women also started making fashion statements with their hair. Young girls’ parents had nightmares dealing with stuck-on hairspray in the bathrooms. Big hair wasn’t just something to be worn – it became a part of the overall hip hop culture, with hair stylists everywhere coming up with unique new ways to integrate hair with fashion.

If you thought shoulder pads made women look bigger and broader, big hair styles made women look even taller than they were – larger than life, in many cases! Music videos featured all types of hair-dos that quickly caught on and became popular with school girls and adults alike. But 80s hair fashion trends didn’t end there!

Icons like Cher, Madonna and Tina Turner featured their very own “big hair” styles in music videos and on TV. And who could forget Cyndi Lauper and her famous pixie cuts?

So, what else was 1980s fashion like when it came to women’s hair styles? Along with giant teased hair, side pony tails and perms, there was plenty of colour in 80s hair styles too! Highlights and neon wigs were especially common, and they can be seen in 1980s themed party events even today.

One word, to define what was 1980s fashion like during a decade of immense socio-political change, would be: Excess!

Streetwear didn’t just stop with parachute pants. You had to add multi-coloured parachute pants, and then embellish them with neon, shiny add-ons and ornaments. And it didn’t stop there! You matched the parachute pants with colourful, glowing Fanny packs, Jelly Bean Shoes, and multi-coloured hairbands and sneakers. The fashion industry in the 1980s magnified everything it did to the nth degree! 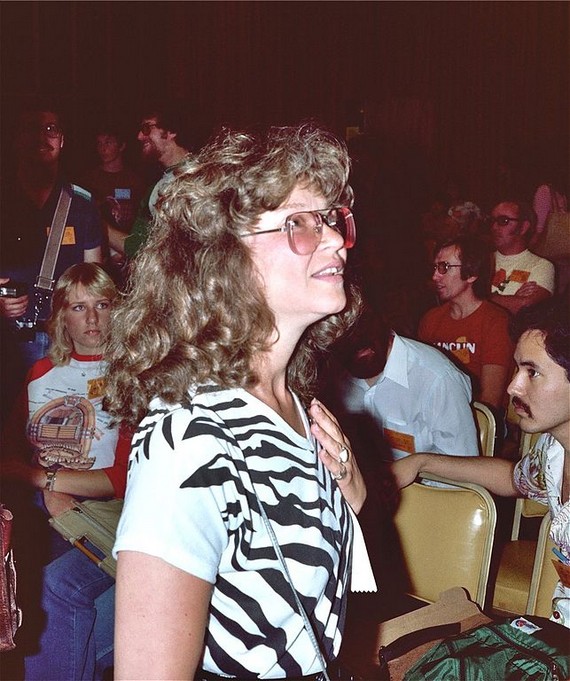 From big shoulder pads to big hair, and from baggy silhouettes to bold bright coloured tops – everything had to be big and flashy in the 1980s. Hip hop and punk rock ruled the music scene, fuelling their own fashion styles in the process. And everything that music videos of the time captured, became mass hits. From big gold chains, to large buckled belts and baggy trousers – 80s fashion trends were all about excesses!

And what was 1980s fashion like for black women fashion? There too we caught a glimpse of excess, with powerful black women making fashion statements of their own. Names like Janet Jackson, Naomi Campbell, Tina Turner and Iman rocked the black fashion industry with their very own signature styles.

So, what was 1980s fashion like back then? It was all about Big Shoulders, Bold Colours, Off-shoulder tops, Ruffles…and yes, Big Hair! Some would say that 80s fashion, with all of its excesses, was in fact overcompensating for earlier decades of fashion minimalism.

Men and women in the 80s, so some fashion watchers believe, decided that it was time for fashion designers of that decade to break free from the shadows of the 60s and 70s, and blaze a trail that was uniquely their own. And they did that with broad shoulders, high waisted jeans, neon hair and the all-powerful power suit. And who could blame them for indulging?