Madonna wore a bullet bra corset onstage and layers of black lace, jangling jewellery and very fluffy hair for Desperately Seeking Susan. You could find that your womens 1980s vintage dresses are influenced by any and all of these. 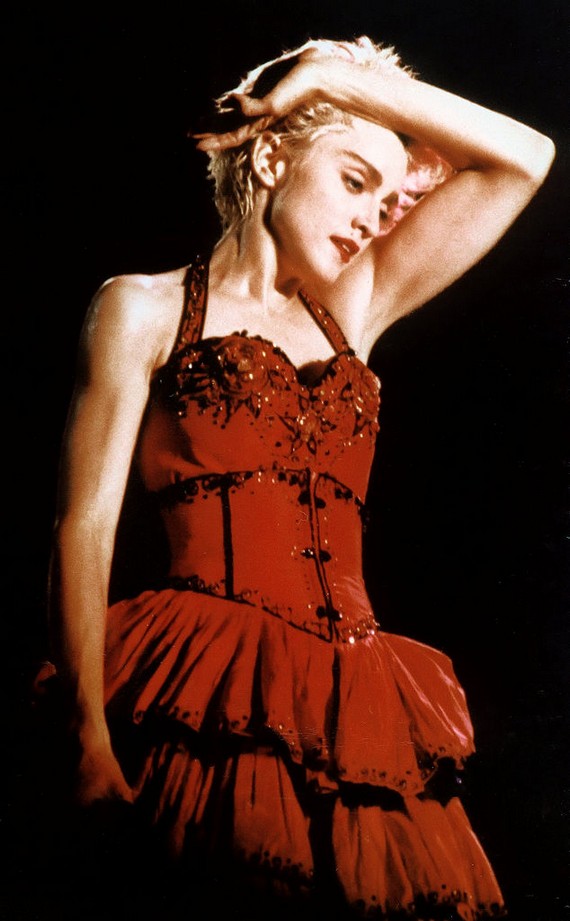 Madonna has always been a huge influence on fashion. In the 80s she was just popping onto the scene, having released her smash hit debut solo album Madonna in 1982.

She welcomed Jean Paul Gaultier to make her some outrageous stage costumes, including the iconic bullet bra corset which she wore on her Blond Ambition tour with a severe high ponytail.The bra shape and girly pink colour harked back to underwear of the 50s, but this time it was even more exaggerated.

You might find womens 1980s vintage dresses that have this emphasis on the bust, usually teamed with tight, lycra skirts in the body con style. Azzedine Alaïa went to town in the 80s with making super clingy body conscious mini dresses. He revelled in the better-than-ever properties of Lycra, used often for sportswear and underwear and just coming in as a great addition to fashionable outerwear too.

His outfits were usually black but bright royal blues, yellow and scarlet dresses were also in fashion, as were shoulder pads on even the drapiest of dresses. Gold and white were teamed in a bold colour scheme, and Versace even invented a way to make aluminium mesh into a fabric for dresses that was literally very flashy.

The US TV series Dynasty began in 1981, helping to popularise power dressing and shoulder pads. Who didn’t want to look like a wealthy, crazy American? 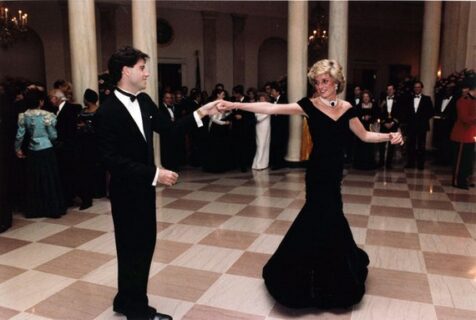 Or perhaps you wanted to look like a wealthy British Princess instead. Princess Di was a huge style icon in the 80s. She married Prince Charles in 1981 in a wedding dress that set the style for fairytale weddings for the next decade: ivory silk, with huge puffed sleeves and a 25 foot train. It was designed by David and Elizabeth Emanuel.

Lady Di was always a Sloane Ranger – that is, one of the rich, horsey set that had been brought up in Chelsea around the environs of King’s Road and Sloane Square. They still exist and still wear clothes that are clearly expensive, yet tasteless and uninteresting.