Velvet for me, is always associated with luxury and opulence and when I’m looking for a vintage velvet dress I also assume it will be be heavy, with volumes of fabric and drapery that’ll leave me hot and bothered.

Velvet first appears documented in the 13th Century, originally woven in Spain and Italy. It has always been a luxurious fabric, for its fur like softness and the way that it makes colours seem deep and jewel like. Silk velvet is especially prized but a Womans vintage velvet dress can be made from cotton and man made fibres too.

Only royalty and rich people could originally afford to wear the fabric, as the weaving was specialised and it used up far more raw materials than a simple weave.

It’s true that velvet is a luxury fabric and has its roots firmly in the renaissance period – used alongside silk and other expense fabrics and threads that were worn by the non-secular and the religious alike.

Naturally, many of these fabrics were confined to those who could afford it, although as you can imagine, it was manufactured by those from the lower classes. 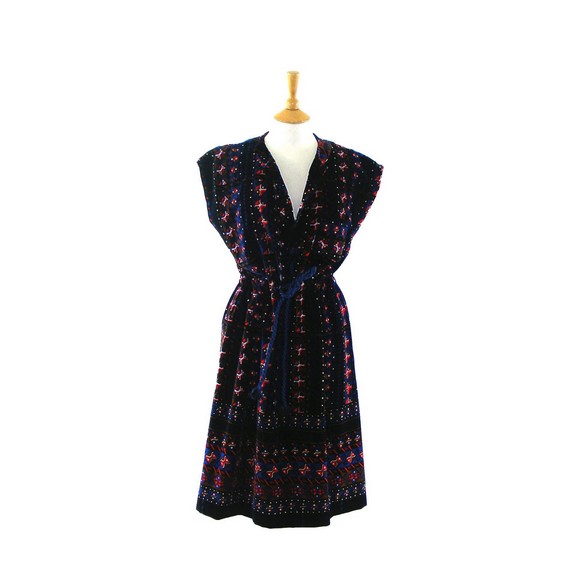 Velvet goes back further than the Italian renaissance and to China in the East as far back as the 13th century.

Velvet comprises of looped pile that is manufactured to form dense pile. As you can imagine there’s a lot of thread needed to create a sufficient amount of this sumptuous fabric.

Velvet production has largely been associated in the Italian region of Venice, Genoa and Florence, and the quality of the dyes and threads to make velvet was, as you can imagine, of high quality.Velvet is key to a luxurious style – find out why.. 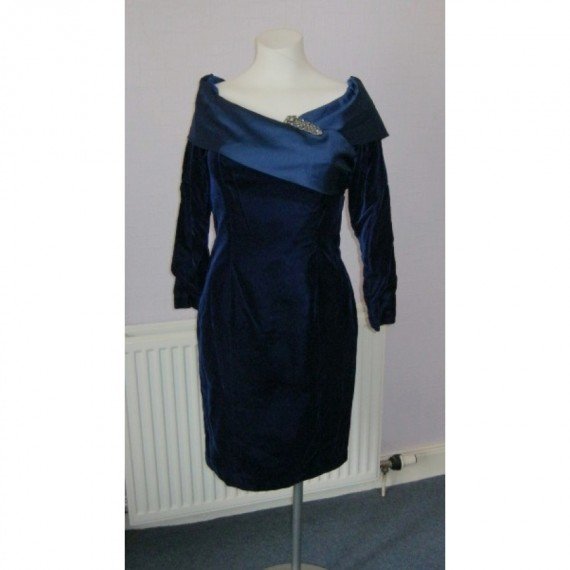 Now we know how special velvet is, how do you wear it?

One’s immediate assumption, or memory of velvet, is party dresses with a drop waist skirt, puffed shoulders and a plain neckline.

The sort of thing only well-bred girls wore to parties along with tame accessories such as hair bands and matching twee little purses.

But velvet is so much more than just a party dress, and the cut can be so much more interesting than what we imagine.

So before you dismiss velvet outright as a potential fabric for a glamorous evening out, think again and reconsider. 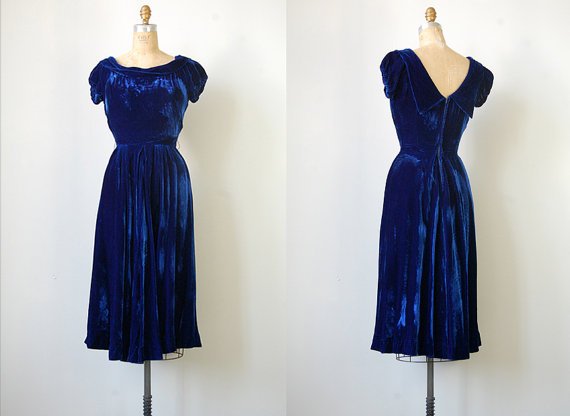 The colours are as vibrant as ever, but what is different is the cut, and vintage doesn’t have to mean dressing up in something your great auntie would have worn to her birthday party.

The fabric is less dense, without losing any of its beauty. Being thinner it’s cut into the most imaginative shapes and what you get is a velvet dress you’d be happy to wear just about anywhere.

Naturally, a velvet dress is most often worn as part of evening wear and with its lustrous sheen makes for a dramatic entrance to a party.

Because it has a long history, velvet is found in almost every decade, so it’s a matter of choice as to which one you favour.

Velvet has been cut into every trend imaginable, so if you love the 70s or perhaps prefer the 90s, you’re likely to find a gorgeous dress from velvet.

So if you’re looking for something truly amazing to create that all important entrance then keep an eye out for a vintage velvet dress and add a little luxury to your wardrobe.

The vintage velvet dress through all eras 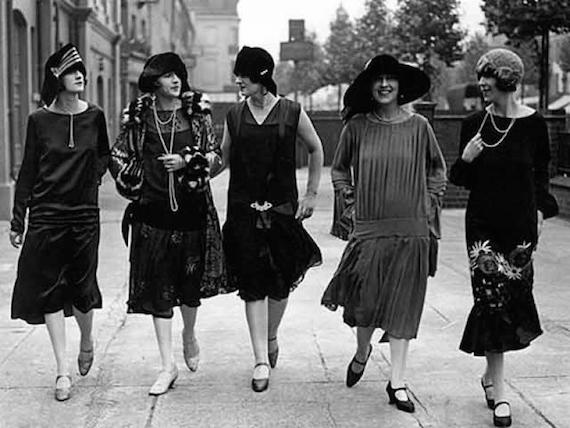 Velvet was used for day dresses in the Victorian era, but by the 1920s was thought of more as an evening fabric, and shining silk velvet flapper dresses, accentuated by beading, created an aura of excitement and luxury.

60s vintage velvet dresses came in the form of simple, sophisticated sheath dresses, or cute, child like dresses with high necks, lace collars and and puffed sleeves, like something a five year old would wear at Christmas, but shirt, like they’d grown out of it. Red, navy blue, racing green and especially, black were the colours for velvet 60s dresses.

Naturally, the 70s bring the maxi and here you can have drapes of crushed scarlet or raspberry pink, velvet also goes as far back as the 30s and 40s and it doesn’t always come in a plain block colour, you’re also looking at patterns and paisleys too.

70s fashions were a riot of colour and texture, and sequins, velvet, satin, beading and feathers were worn for evening wear in profusion. Men wore velvet too – Jimi Hendrix was famous for his purple crushed velvet loon pants and velvet smoking jackets. Purple, orange, brown and mustard yellow were favoured colours. 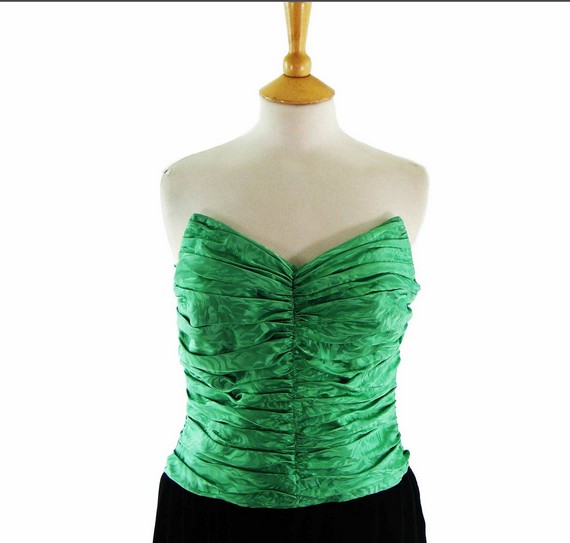 In the 80s velvet was popular with everyone from goths, who liked purple and black velvet (though with a markedly different effect to Jimi Hendrix) and society party girls. Puffball party dresses were fashionable, typically with the sleeves and skirt in a shot satin, and the bodice, complete with sweetheart neckline, in contrasting black velvet.

Velvet hair accessories such as padded alice bands and Fergie bows finished off the outfit. For these dresses, it was back to classic colours – navy, red, dark green and black again. Sarah Ferguson, that hearty, fun loving red head who married Prince Andrew in 1986, begetting Princesses Beatrice and Eugenie before a divorce ten years later, is not my idea of a style icon, but she was in the 1980s. Here she is in an official royal portrait in an evening gown of royal blue and cream satin with a black velvet midsection.

The 90s and beyond

The 90s is a particularly fertile decade for velvet and dresses from this era are far from frumpy, they come with narrow sleeves, square cut necklines and shorter lengths. Or ankle length with vest top in dramatic black with slim cut shoulder straps.

In the 90s, goths got inspiration in the form of a new version of the classic Addams Family film. Anjelica Huston was stunning as head of the family, Morticia Addams, and her clinging black ensembles made us all want to wear a  black velvet dress and behead red roses.