I’m not entirely sure what kind of reaction will follow the words ‘ vintage Tyrolean dresses. ’

It could be unadorned excitement, it could be shrinking back with terror or perhaps, a simple quizzical look because you have no idea what it is. 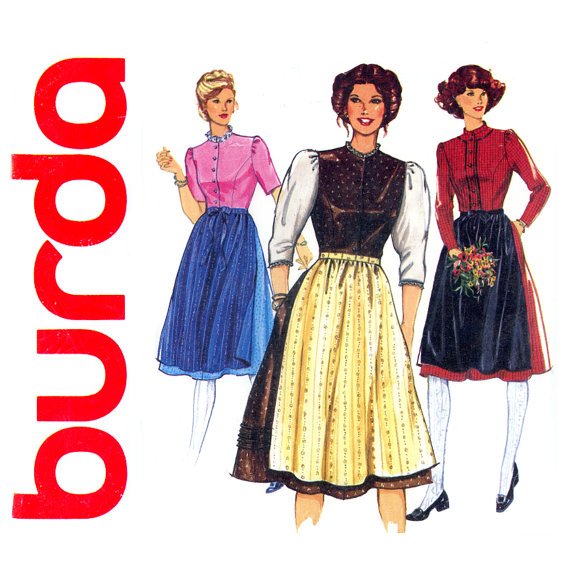 Well, it’s Austrian national dress that for some reason is considered by some to be quite the thing to wear.

Personally, I don’t get it, but it’s proved quite an inspiration to Givenchy who used the Tyrolean magic to influence his Spring/Summer collection for 2015.

Think Julie Andrews running across a dewy grassy mountain singing out loud with her arms outstretched. Yes, that’s it.

Sometimes you’ll see these costumes in a rather shorter version, for those who enjoy a tighter, cleavage inducing version for the bedroom. 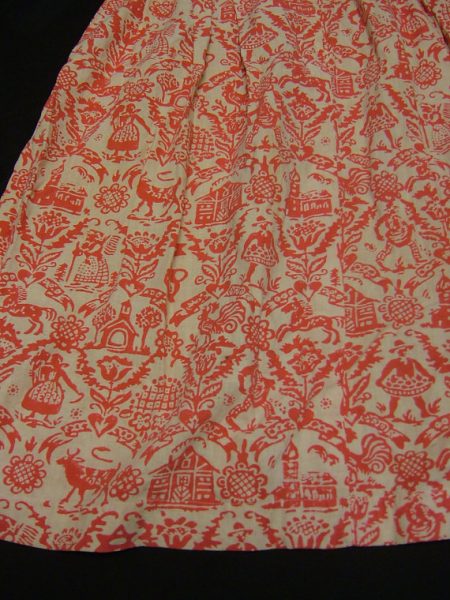 There is much to like about the Tyrolean dress, the dirndl wide circle skirt is a firm favourite of the 50s and the white peasant shirt with short puff sleeves is a pretty and feminine version that was reinvented and worn with tight Capri pants and skirts. 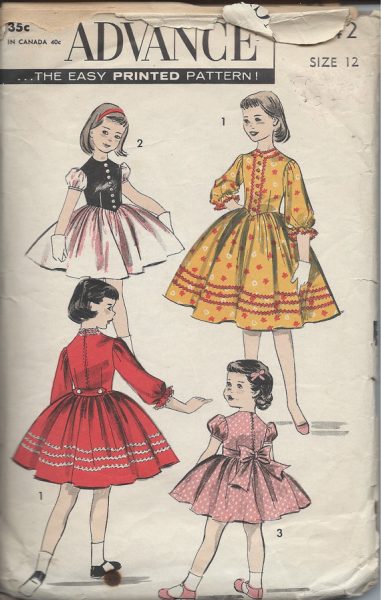 Vintage Tyrolean Dresses – even the children wore them (1950s).

The Tyrolean look has been popular over the years, especially for those who married into the Austrian aristocracy apparently, all that Bavarian blue blood made them suddenly fall in love with the Tyrolean way of dressing.

We’re talking Millicent Rogers and Honeychile Wilder who both married an Austrian Count and Prince respectively. 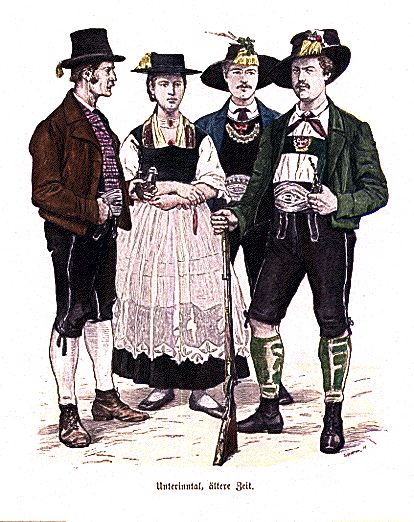 In fact, Wallis Simpson loved the look so much that she got Mainbocher and Shiaparelli to create a wedding trousseau sprinkled with Tyrolean splendour.

The look can be adapted to suit your body shape or current trends in skirt length and overall shape.You can have it tailored as Simpson did, and wear it as a suit, simply keeping the trademark embroidery.

Yes, Tyrolean dress was being celebrated the world over at some point or another, and long before Austria gave us Helmut Lang, with his own simple lines and minimalist creations changing the shape of Austrian fashion.

And Tyrolean dress reared its head again last year at Givenchy’s spring and summer show for 2014/2015, with shirts and skirts changed and altered and brought into the 21st century in blacks and whites.

The essential style was there, but it was changed and altered into a new and modern creation.

So have you been won over? It takes a brave woman to dress up in traditional Tyrolean dress and wear it in broad daylight.

However, if you fancy the look, or you want the look for fancy dress, then go for it, after all why not?At least you’ll be the centre of attention for the time you’re wearing it.

If you feel daring and if you have reasonable dressmaking skills you can always buy a traditional Tyrolean dress and alter it to suit.

Cut the skirt shorter, adapt the top half and add fabric or embellishments.Turn it in to your very own nod to Tyrolean dress and a respectful wink to Austrian tradition.

Helmut Lang eat your heart out.

A rainbow of 90s blouses and vintage tops await you at our store!