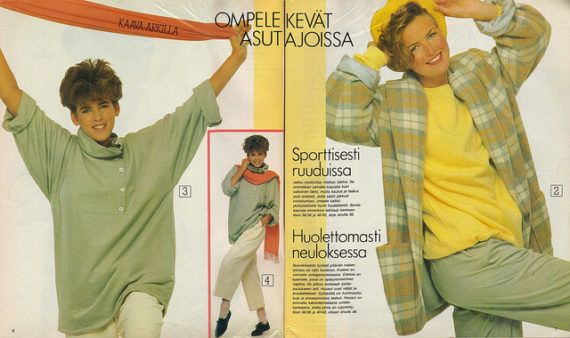 Even though 80s clothing is fondly referred to as being from the “forgotten era”, vintage stores are booming and 80s mens and women’s fashion pieces are flying off the shelves

When it comes to pulling off an 80s clothing look, there are lots of ways that you can do it. And because the eighties were a decade of “easy going” fashion, we find that 80s fashion is still active and making a revival – albeit in tandem with contemporary styles.

The Decade Meant To be “Forgotten” 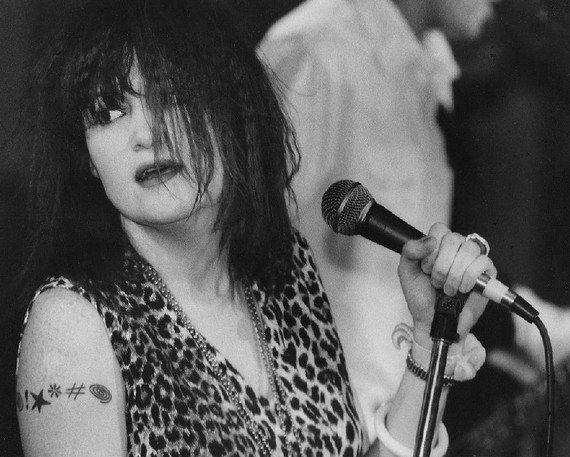 Crazy designs, bright colours, high hair-dos, neon tops, wigs and sneakers, massive shoulder pads and pants worn high with a tucked in shirt outfit, jeans that were deliberately acid washed to give them that over-worn look. So, what’s not to forget about an era whose fashion was deliberately meant to create chaos and confusion?

But 80s fashion proved so resilient, that no matter how you might try to forget it – it has prevailed. And judging by some recent design trends, it would seem as though some renowned modern-day fashion icons are still taking inspiration from 80s clothing.  And that’s really what has kept 80s mens and women’s fashion alive and well today!

Here are some 80s mens and women’s fashion ideas that you will see in our streets – even today. Even though they are part of that “forgotten” decade, they weren’t going away that easily. The bright colours and crazy designs of the eighties are still alive and well today. Some of the 80s clothing pieces discussed below have made a strong resurgence, thanks to their inspiration of leading contemporary fashion designers. 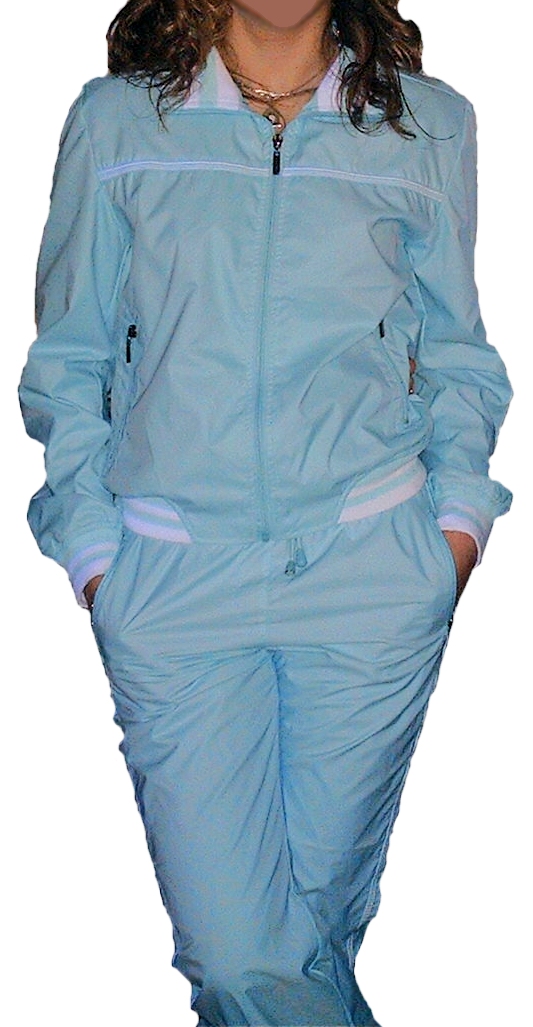 As with many a fashion trend from the eighties, the unforgettable Shell Suit has prevailed. Originally designed to be athletic wear, the trendy outfit shocked even its designers when they became famous world over. High waisted versions were seen on music stages where ABBA performed, and even recently, UK size Shells have been seen on contemporary British political figures like Jeremy Corbyn.

The genius of the Shell is they way it’s outer layer is fashioned from lighter material – very much like an egg shell – hence the name “Shell Suit”. Available in bright colours, the shell can now be seen anywhere – at grocery stores, shopping plazas, gyms, and even in school parking lots as busy moms drop off their kids.

While extremely versatile in its use, to pull off a look wearing this piece of 80s clothing, you need to be just a bit counterintuitive: Wear something that’s a bit larger than what you’d normally wear! Sounds odd, doesn’t it? But if you truly want to revive that 80s fashion look with a Shell – then that’s how you need to wear yours! 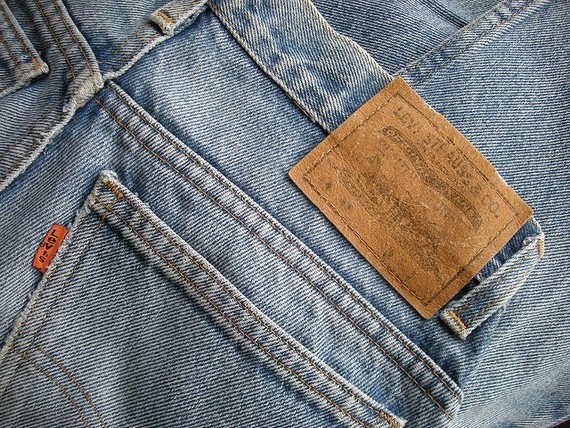 If you are a true connoisseur of 80s clothing, then you’re sure to have noticed a healthy revival of the washed jeans these days. You can see them all over – in trains, coffee shops and on the streets. It’s hop. It’s cool. And it’s a reminder of an 80s fashion icon that many thought had been buried and forgotten!

Back in the day, when washed jeans became hip for the first time, dark colours were the fad. You’d see them in black, navy blue and the occasional deep purple at concerts and jam sessions. Today, it’s a whole new era. A fusion of 80s and contemporary fashion trend for being colourful, means washed jeans are now available in bright colours too!

And that means you can pair them with any shirt outfit you may have in your closet today, and still pull off that authentic 80s fashion look by dawning on a pair of your favourite washed jeans! 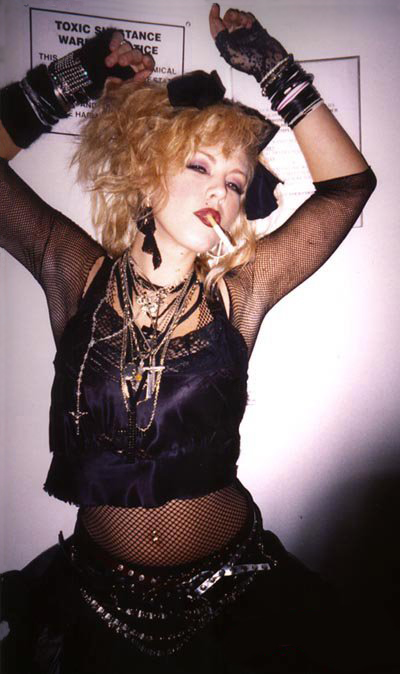 And when we’re talking about 80s clothing, we can’t forget some of the sexy and glam outfits that were made famous by movie stars and runway models of that era. The iconic one-shoulder top is one fashion trend from the 80s that’s ever popular even today!

Over the decades, as the trend for single-shouldered tops was imported from Hollywood, it has evolved, and is now available in UK size variants too. And the innovation isn’t finished yet! Just last year, Saint Laurent’s Spring 2017 line-up featured one-shoulder pieces that wowed onlookers.

But fashion houses and movie sets aren’t the only place you’ll see the one-shouldered look. This 80s fashion icon is equally at home at formal gatherings, date nights and cocktail hour all across Britain. Available in different shades of black, blue and any other colour you might think of, you can easily pull off a glamorous look in it with a matching clutch-purse and statement jewellery to go.

Since we talked about over the shoulder – how about an honourable mention for over the waist 80s clothing? What’s that, you say. How can something worn over the waist be fashionable anymore? But it was…back in the eighties – and still is today!

We’re talking specifically about high waisted jeans and trousers. And can you guess who started that ball rolling? You guessed it – it was Guess that created this piece of unforgettable 80s fashion. And although the basic idea behind this 1940s fashion statement was to serve as “functional workwear” for war-fed production environment; by the time the eighties rolled around, it became an iconic 80s fashion statement that everyone of that decade had to have in their closets!

A typical combo could be a high waisted pant and white shirt outfit, finished with a casual top or jacket. A pair of Rebook sneakers would go well to finish the look – but any pair of 80s mens or lady’s sneakers should serve equally well too! 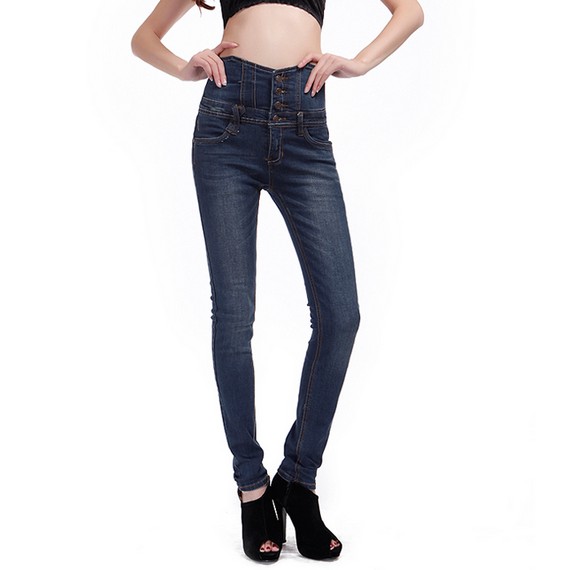 Crazy designs, pants work high, hair that glowed, and runners and shoes made from shocking colours were the hallmarks of 80s clothing. When the 80s rolled over, many sceptics remarked “Whew…Aren’t you glad that’s over and done with!”.

Well, despite some detractors hoping that many a fashion trend from the 80s would just slip away into oblivion – history has shown that 80s fashion is indeed a survivor.  Don’t believe us? Think of how many jokes you heard about the bulging shoulder pads from the 80s? More than your fair share – I bet?

And despite all of those jokes, shoulder pads are still popular today. Many woman’s outfits, available in popular UK size designs, are incorporating these icons from the past. Popular labels such as Balmain, recently made shoulder pads a “must include” in most of their latest designs.

And if you thought that 80s fashion was dead, and that no one in their right mind would embrace stone-washed 80s clothing – then you’ve missed out on what’s been happening in the world of fashion lately. Celebrities like Miley and Britney have helped stone washed high waisted jeans and pants make a rousing comeback.

It’s not that fashion from the 80s was all bad and worth forgetting. And it isn’t that wearing a pants and shirt outfit from the “forgotten” era today, will make you stand out like a sore thumb. Every era has fashion bombs and smashes….and 80s fashion is no exception.  It’s all about HOW you pull off that 80s look that will make it endearing even today. 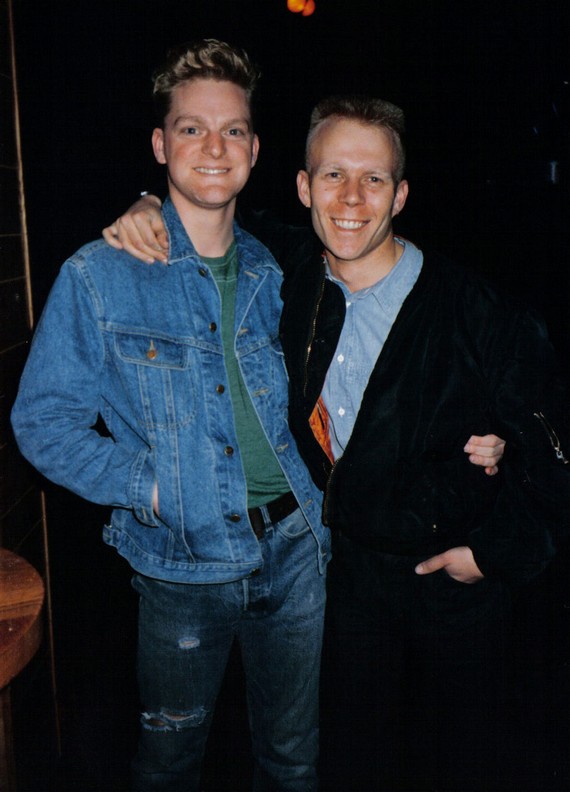 From bright colour leg warmers to neon clothing, parachute pants, Preppie clothes and oversized sweats, to acid-washed jeans, shoulder pads and jelly shoes…these are quintessential 80s clothing that established a fashion trend like no other era before…and none that followed.

No one really wants to perpetually be dressed in a decade that’s been over for 20 years now. However, when properly blended with contemporary waves of what’s trendy, a fashion trend from the 80s can easily be made to look as relevant today as it was back then.

The trick to “unforgetting” what was supposed to have been forgotten years ago is really simple. Whether it’s 80s clothing for formal wear, or pieces that were designed for leisure or athletic use, you can pull off that 80s look if you carefully plan and pair your outfits.

For example, to pull off that 80s fashion style denim look, you must make sure that you get one with a fairly large cut – otherwise it just won’t look eightyish!  Next, to add a touch of contemporary to your outfit, don’t rush to buy something high waisted.  It just won’t pass the contemporary test! Instead, go for a pair of snug-fit denim jeans – preferably something in a shade that’s not overly dark.

And there you have it! To pull off that perfect 80s-meets-today look, you need to think about fusion. 80s clothing was designed to be “easy going”. And that’s what makes it so easy to fuse multiple 80s mens and women’s pieces from the eighties, and blend them into contemporary pieces from your closet – and create a customised look that fits right into wherever you may find yourself.