Vintage western shirts – a distinct look that has never been out of fashion. And, we’re assured, also a practical garment that has cowboys today wearing the same style of shirts as their ancestors 200 years ago on the Western frontier, as they immigrated to the Land of Opportunity to stake their claim to a new life.

These adventurers eventually ran out of the clothes they had brought with them, and since food was hard to come by, woven cotton and linen was a little tricky to find too. Many early settlers found themselves doing as the locals did – Native Americans had a fine animal hide look going on, and so the new arrivals created a style fusion – a leather shirt with much the same shape as they were used to, but without the details such as a front opening placket and mother of pearl buttons, replacing these with design touches like their neighbour’s traditional fringing. I like it!

As the settlements spread and the new Americans began trading, they eventually got hold of the the fabrics they were more used to. But the shape of the garment had changed irrevocably – although they dropped the fringing, American frontier tailors had worked out that you needed a long tail on the shirt, to prevent it coming untacked while riding, and the reinforced yoke, born of necessity, became highly decorated with the embroidery that makes vintage Western shirts instantly recognisable today. Gradually added to this were pearl snap buttons (because cowboys are too rugged to fiddle with undoing buttons? Because cowboys need to perform impromptu strip teases to charm dangerous snakes?) 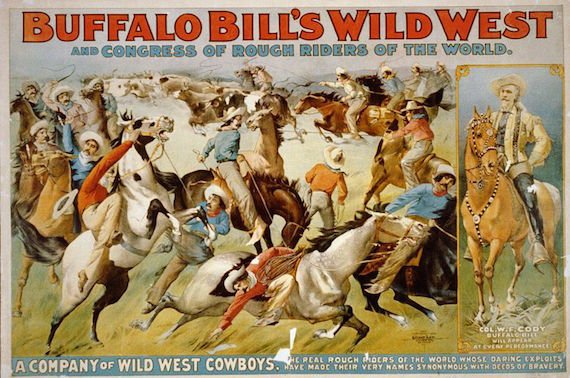 Buffalo Bill’s Wild West show toured the USA in 1883, and it was then that many Americans who weren’t born in the Wild West fell in love with its attire. Many a banker or office clerk who had never set his bum on a saddle began to wear vintage Western shirts, to get the feel of a brave, strong man through colourful embroidery and five button cuffs.

The rest of humanity caught on when the Wild West began to appear in early cinema of the 1920s, and especially by the 50s, when cinema going was a regular part of many people’s life in the Western world. Spaghetti Westerns, a genre of Western films that emerged in the 1960s, were wildly popular and with more people owning TVs than ever before, the films were shown on repeat and the style of vintage Western shirts seeped into people’s lives. 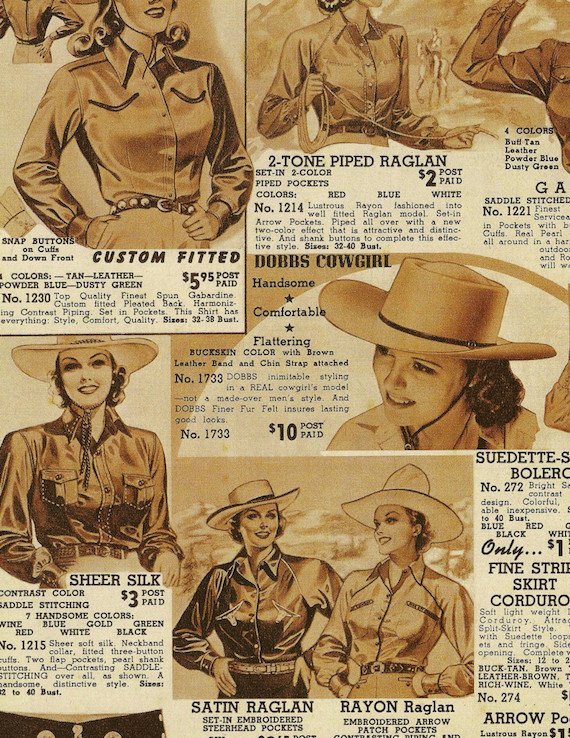 It wasn’t limited to men, either. Many women were impressed by the sharp shooting of Calamity Jane, immortalised on film as a musical in 1953, and while the real Calamity Jane (or Martha Jane Canary, to give her her real name) wore doeskins and a waistcoat with some panache, Doris Day as her fictional counterpart imbued them with a wasp-waisted femininity that sparked a Western trend all over again. 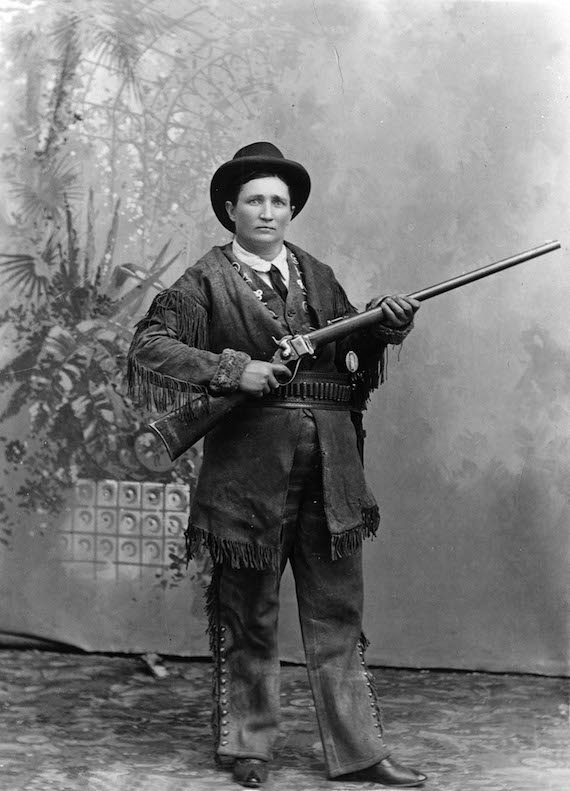 Country and Western singers adopted the style as their own, and neither Dolly Parton nor Garth Brooks have every been seen far from their own vintage Western shirts.