It is strangely practical – plaid shirts are warm and cosy, and layering your dress over your leggings and your granddad cardi over that similarly so. 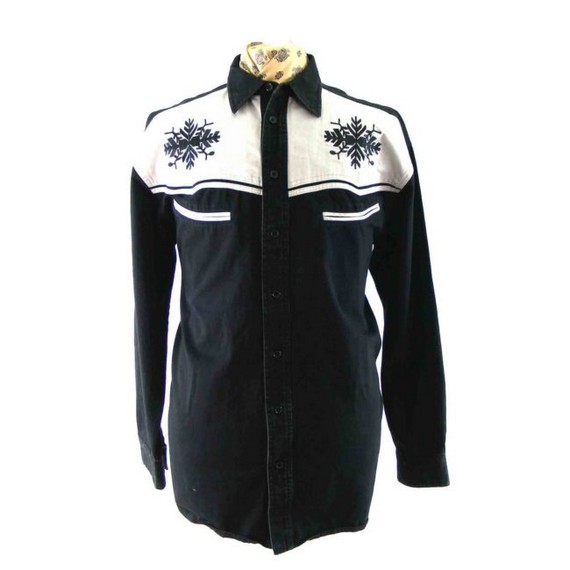 Sorry, girls who are trying to revive grunge by wearing a plaid shirt with tiny cut shorts and immaculate makeup – that’s just not grunge. Grunge is pretty messy. You achieve your bed head hair by not washing it for three days and not brushing it either – not with any product. Or by spending all three days in actual bed with the lover or two of your choice.

Dave Grohl was, of course, the drummer of Nirvana, the band that starred the god like Kurt Cobain, alongside bassist Krist Novoselic. Novoselic remained resolutely normal bloke about it all, eschewing the sartorial choices available to rock stars to mostly wear a t-shirt.Grohl went a bit more wild with his long hair, tattoos and occasional bare chest alongside his 1990s vintage shirts and tees.

It was Kurt Cobain who put the band on the map. As well as wearing some 1990s staples like the baggy long sleeve printed sweatshirts that were fashionable then, baggy short sleeve tees and of course plaid shirts, Cobain won the hearts of many with his charity shop dresses worn with jeans and a beard, eyeliner and scruffy bleached hair with stubble, and soulful gaze. Poor Kurt. We know now that his mysterious haunted look stemmed from the fact that his back really, really hurt. It sounds mundane but because of that he became addicted to painkillers and thus to heroin.

1990s vintage shirts are not for Courtney Love

Meanwhile his wife, hell raiser Courtney Love swapped dresses with him, and pioneered a style of her own of cute, short dresses, ripped up and trashed, with lots of eyeliner and lots of lipstick, applied wobblishly – probably because she was as trashed as her frocks at the time.

After Kurt died unexpectedly via suicide or murder death, whichever version you want to listen to, Courtney shocked many by completely changing her style into a sleek, designer clad star. She also had plastic surgery to appear more conventionally attractive and started putting her eyeliner on straight. Many thought, and still do, that she had hired hitmen to do Cobain in. It seems a bit over the top, just to get to wear fancier frocks. I’m sure he wouldn’t have minded.

For more hints on 1990s vintage shirts, watch This is England 90. This TV series, which is out on Channel 4 in the UK as we speak (Sept 15) has been described by some critics as “the perfect period drama”. Set in 1990, it follows a cast of teens and twenty somethings as they grow up, dressed in perfectly remembered street fashions of the time.