Whatever your image may be, whether you’re a hipster, a lumberjack or you’re rocking the rockabilly style, mens vintage shirts will always provide that perfect look to make an outfit pop.

From the trend-setting mods to the hallucinating hippies, shirts have always been that essential garment that makes a style what it is. To put it simply mens vintage shirts, however worn, will make you look cool! 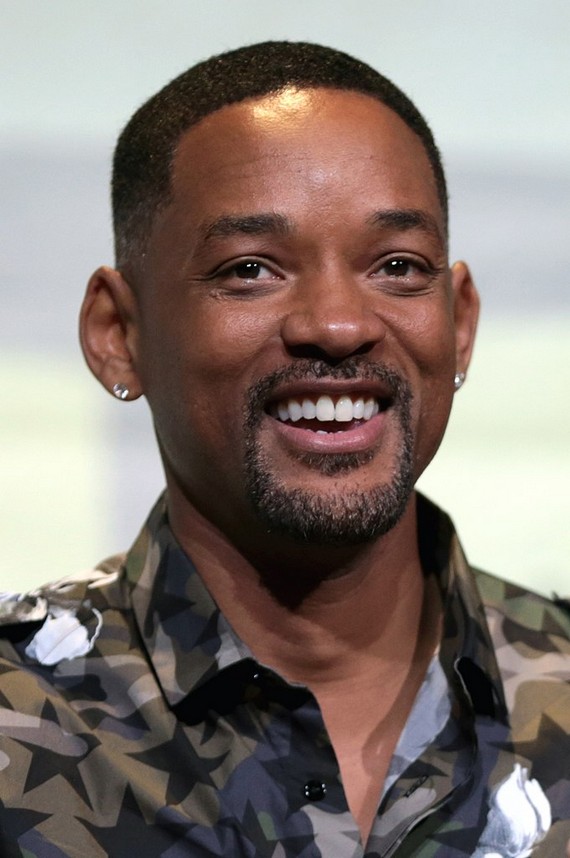 Ultimately popular in mens vintage shirts today is the revival of the 80s and 90s in-your-face, “Look at me I’m wearing a shirt”, shirt. These shirts are loud and proud and they don’t care who knows it! A particular design favourite are brightly coloured shirts which look as though geometric shapes have just been thrown at random onto them. Will Smith in Fresh Prince is the god of these shirts. 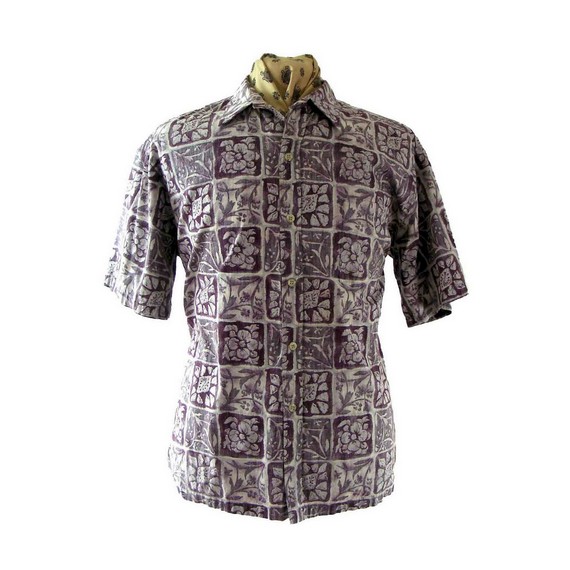 Any big and bold patterns on these mens vintage shirts are great to look out for. They could look as though the galaxy has been sucked up by a shirt, leaving random stars and moons all over it, or block colours are also a hit.

Hawaiian shirts are another great example of bold and brash mens vintage shirts. You don’t just have to be on the beach or be a cast member on Magnum P.I to wear one of these. Don’t forget to complete the look with a vibrantly coloured hat. 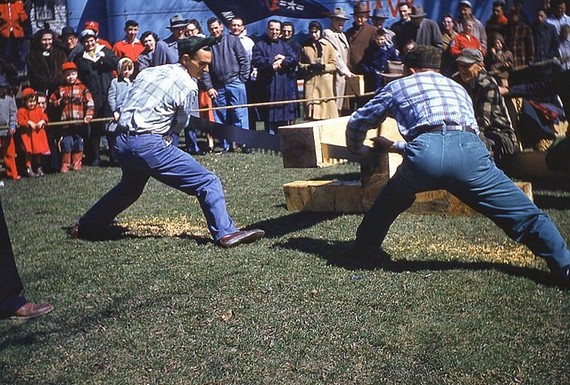 He’s a lumberjack and he don’t care.

Lumberjacks can do two things amazingly: chop trees and wear shirts. Fuelled by squares, you can wear these mens vintage shirts just as ruggedly as the lumberjacks do. Despite being around since the 50s some might say that their biggest surge of popularity came in the 90s and they’ve once again hit the height of fashion today. 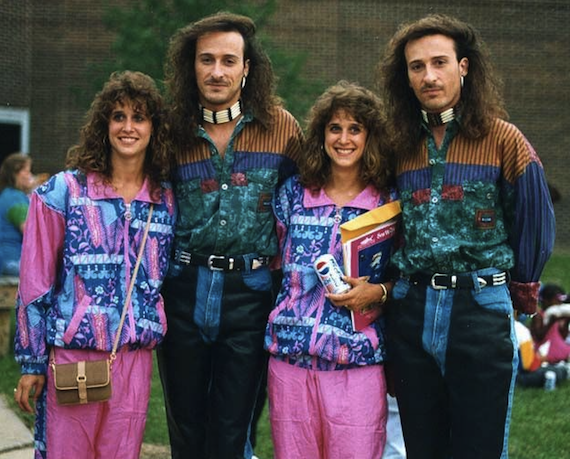 Kurt Cobain was clearly the ultimate icon for this look. He famously wore his plaid shirt on top of a white tee, successfully pulling off the “No-one understands me” look. Maybe in this case it really is hip to be square. 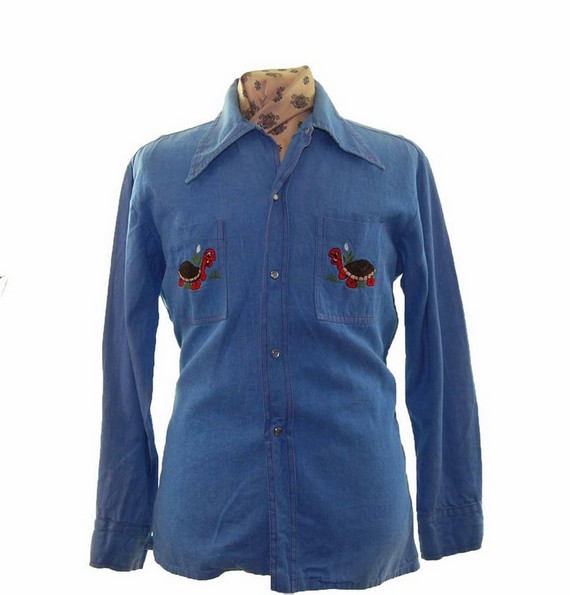 You can tell a lot about a man by how he wears his denim. On the legs, he is a man about town! As an all in one dungaree outfit, well, he is most likely a farmer or rapper. On the torso? Now that’s how you wear denim! This material has effortlessly done great things for mens vintage shirts and has done for decades. Double denim need not just be for Les Battersby any more! Hipsters make vintage denim shirts their own by wearing them with a hearty beard and many a tattoo (a man bun in this situation is optional). 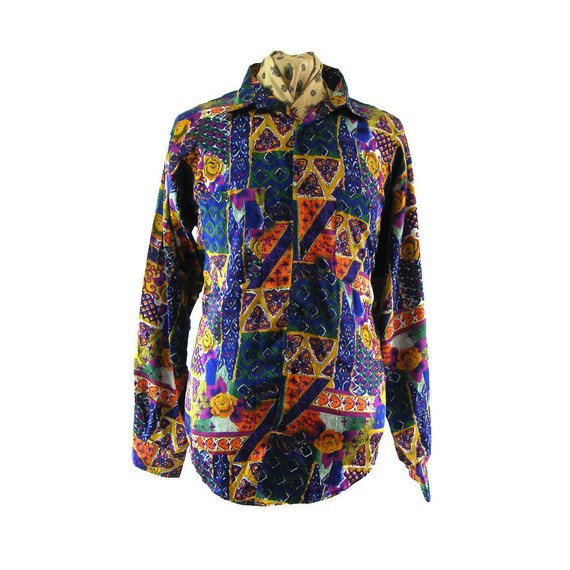 James Franco – actor, writer and wearer of mens vintage shirts, wears his double denim like a professional. Denim is the staple of many a fashion lover’s diet, and it’s here to stay. Tom Ford went big on double and triple denim this season, so team your denim shirt with jeans and a denim jacket to look very fashionista, or bleach it and wear it with Bros style cutoffs and a denim waistcoat to nail the 90s look. 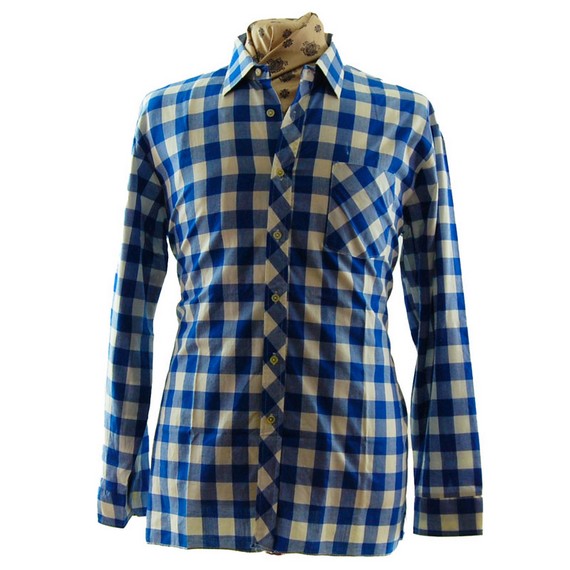