Vintage Puma could be described as an offshoot of Adidas, and it could definitely be described as a family member, for Puma was created as a result of the two Dassler brothers being unable to work together.

Rudolf went off to create Puma, keeping his base in Herzogenaurach in Germany alongside Adidas.

Puma was like an elegant cousin of Adidas, but while Adidas remained traditional and sporty, Puma became the epitome of elegant footwear that could be worn as day wear as well as sportswear –and that had not happened before. 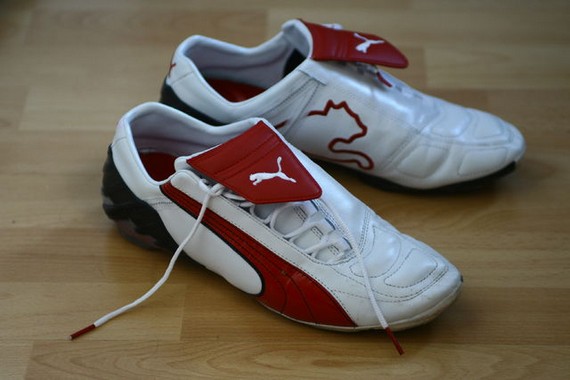 Within a few years, in 1952 Rudolf had created the SUPER ATOM, a football boot with screw in studs, and this was the beginning of Puma football dominance.

The Brasil boot was created in 1953, and towards the end of the decade in 1957, the form strip, created to stabilize the foot while wearing the shoe, was trademarked and used in nearly all Puma shoes.

Interestingly In 1958, during the World Cup in Sweden, their successful football boot was the only German footwear worn throughout the tournament. 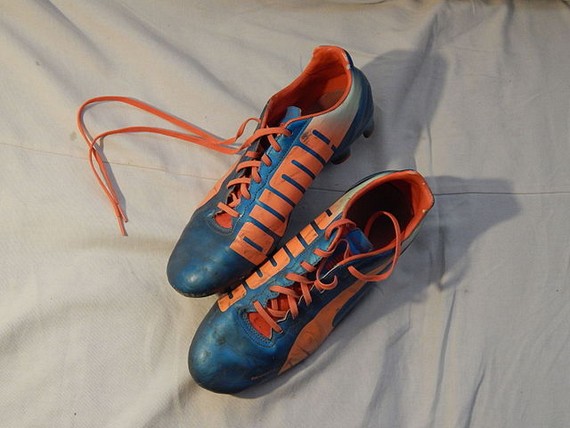 As time wore on, Puma swiftly became associated with all sports and not just football. Throughout the 1960s, Puma was strongly associated with great athletes who went on to win major events.

In 1967 the jumping cat made its first appearance created by the German cartoonist Lutz Backes from Nuremberg.The cat would now make an appearance on both accessories and shoes. 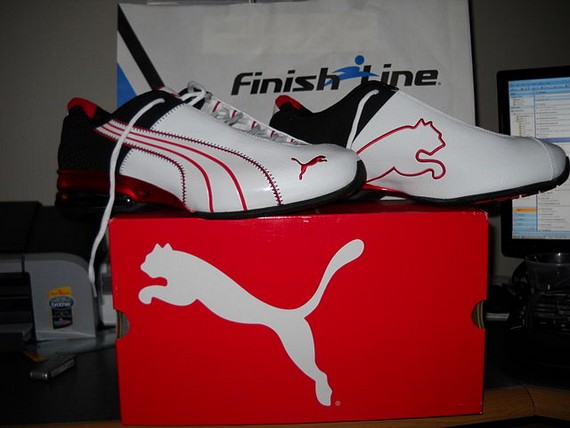 During the 90s again, Puma was still on the rise, with Linford Christie taking part in one of the most innovative marketing strategies for years, wearing contact lenses with the jumping cat in the centre of his eye.

At the end of the 90s the Mostro was born with a sportswear shoe that acknowledged the increasing popularity of sports shoe worn as everyday wear in the 90s, and creating one that fitted into the sports shoe worn as day wear.So popular was it that in 2002 Madonna would wear them throughout her world tour.

In the 2000s the Puma Speedcat brought a sleek, elegant shoe originally designed as a fireproof shoe for F1 pilots.

In 2014 evoPOWER and evoSPEED went one step further, creating a shoe using technology that enhanced kicking ability, accuracy and speed on the football pitch. 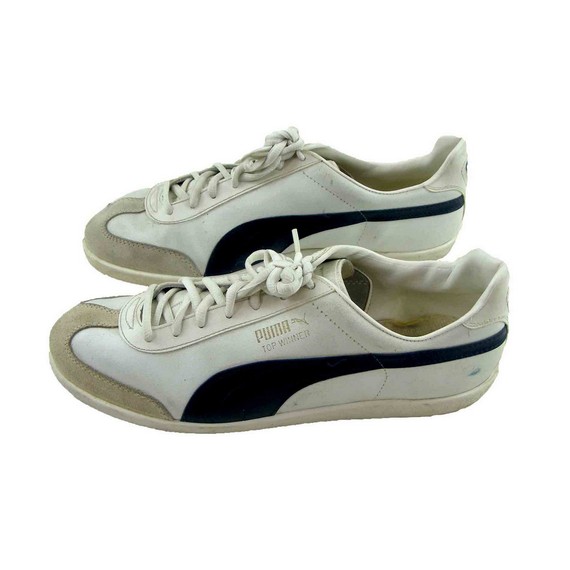 Whichever decade is your favourite for vintage Puma, and if you’re a fan then you’ll know Puma quite well, the shoe is an elegant antithesis to the clumpy, clunky sports shoe.

It is different to its immediate rival and fellow ‘cousin,’ Adidas, in that although Adidas itself is a somewhat popular, trendy sports shoe it was and still is essentially, a sports shoe.

Puma went one step further by becoming a day wear shoe that looked very much like a day shoe, a shoe that could be easily disguised to look like a leisure shoe you could wear with almost anything. 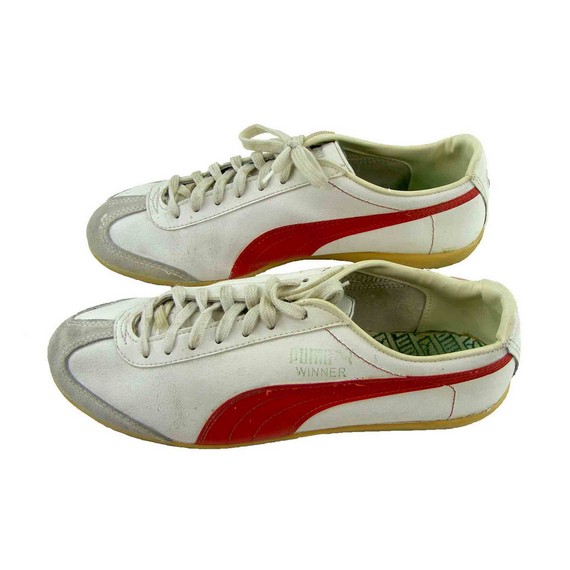 If you fancy some vintage Puma then look hard and look well, look out for the mostro shoe as well as other eye catching designs from the past, the jumping cat logo and the speed cat shoe are all covetable and extremely wearable with practically anything you have in your wardrobe.