Who invented the hoodie? vintage hooded sweatshirts have been around for about a hundred years, and started out as sportswear. But lately they have had a more sinister image, with people being encouraged to be nervous of “gangs of hooded youths”, and in the USA in 2012 Fox News commentator Geraldo Rivera even warned young black and Hispanic men to avoid wearing hoodies, in case they became victims of social profiling and violence. 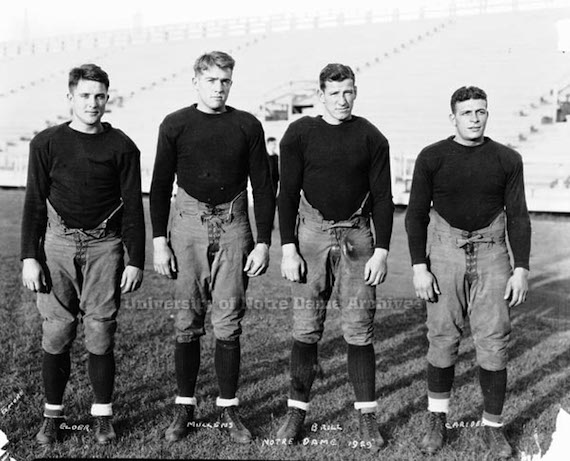 Vintage hooded sweatshirts were invented in about 1919 by the sports brand Champion in the USA. The company had come up with machines to knit a heavier weave of jersey to make sweatshirts already, since they were making underwear, including t shirts which were then classed as underwear, at the time. Sportswear as a separate kind of clothing was really coming into its own around that time, as different companies worked hard on creating innovations that were practical for different kind of sportsmen to achieve their best.

Before then, sportsmen had often worn their normal street clothes, which must have been quite heavy and restrictive. Companies often consulted with Olympic champions to work out how to adapt their sportswear, and Champion worked with a local high school to find out what its burgeoning prize winners needed.

The high school American Football players complained that their ears got cold when they were waiting for the game to commence. It was pretty simple for Champion to add a hood to the sweater to sort that out. So football players and athletes wore them on and off the field, and they also gave them to their girlfriends to wear.

Vintage hooded sweatshirts were also worn by labourers and men who had practical jobs to do where they needed ease of movement and to keep warm, and from there hoodies took off as casual wear in the USA.

America was always a bit ahead of England in terms of clothes that were comfortable – England’s Prince Edward VIII totally shocked the nation in the 30s with his “American” fashion sense, which included convenient zips instead of button flies, belts instead of braces, and an overall more comfortable silhouette. He wasn’t exactly slouching around in trackie bottoms, (and he never wore vintage hooded sweatshirts, as far as I know) but he may as well have done for the shock he caused the British upper classes.

Anyway, back to vintage hooded sweatshirts. In the 70s, they took off on the underground scene as graffiti artists and breakdancers got into wearing them – the graffiti artists to hide in the shadows, the break dancers to keep warm during epic dance offs.

These were both pretty cool sections of society, and its not surprising that they influenced street wear. Who doesn’t want to be mistaken for someone who can dance like that, or artists who write daring and illegal tags?

Skater kids wore vintage hooded sweatshirts for a similar reason – in the 70s skate parks were closing in America and the skate kids were breaking in and skating in empty swimming pools and other convenient locations – so a garment which hides your face while keeping you warm? Excellent.