In fact, not only did he start the factory, as it grew he ploughed his profits back into the community, building a school, hospital, laundry and establishing a telephone network there. Next to these acts of philanthropy, inventing Mens vintage sweatshirts seems small.

It came about like this. Benjamin’s son, Benjamin Jr, was a keen college American football player. But at that point, the early 1920s, the American Football jerseys were made of fine knitted wool. Which was OK when you were standing on the windy sidelines, but really not ok when you were working up a sweat on the field. The jerseys were incredibly itchy. 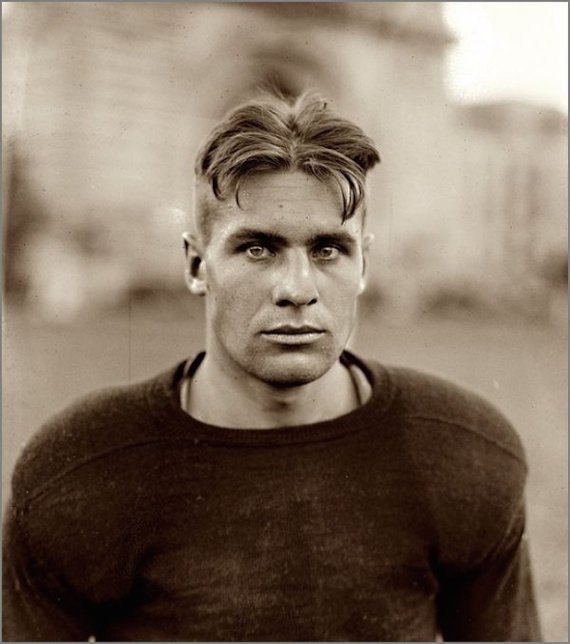 So Benjamin Jr turned to his father, who was already making clothes from soft cotton knitted jersey. Between them they redesigned women’s workwear long-sleeved t-shirts (made to be worn unseen as a warm layer beneath clothes) into heavier, larger sweaters, great for a uniform for an American football team. It was a sellout, and Mr Russell soon had to open a new division to his enterprise. Russell Athletic is still going strong today.

If you’re wondering why many styles of Mens vintage sweatshirts feature a little V at the neckline even though they have a round neck, the answer is simple and practical. Depending on how old your vintage sweatshirts are, you’ll see that the v is in fact an extra layer of fabric – perhaps ribbed cotton jersey. This was used to soak up extra sweat from the chest. Later versions of Mens vintage sweatshirts either don’t have this, or have just a little stitching for decoration without an actual insert of fabric. This is because they were more about fashion that any activity that would make you sweat.

Sweatshirts of the 60s and 70s

Mens vintage sweatshirts were later even further improved with the addition of a hood to create hoodies, and in both cases, were fashionable on and off the sports field for both genders. When Steve McQueen wore one in 1963 for the film “The Great Escape”, however, sales went through the roof. He wore it with khakis and old leather flying jacket, and to show off his manly forearms he cut the cuffs off.

Contrary to the rugged, battered look of Steve McQueen, the sweatshirt was also worn in the 60s and 70s all neat and tidy, in a preppy look that David Hockney the artist, for one, loved. He had an array of them in pastel colours. 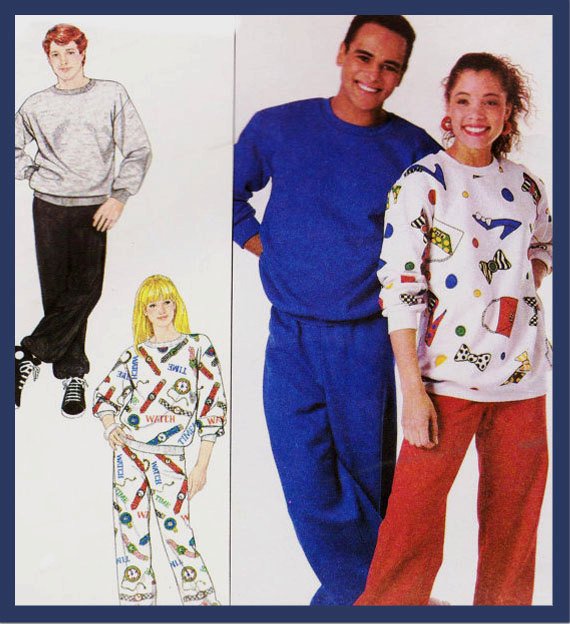 The 80s saw Mens vintage sweatshirts get bigger and sloppier, and, along with t shirts, become the ideal ground for graphics, logos and slogans. Necklines have also altered over the years, and you can get boat necks, v necks , funnel necks and envelope necks, as well as lower cut versions, especially for women. But the original crewneck is still the most popular and regularly seen of the vintage sweatshirts.

Benjamin Russell, the philanthropist and inventor of Mens vintage sweatshirts