The 1970s was the era of glam rock and disco. Here we focus on 1970s vintage shirts and these are some fashion highlights of the era:

In 1971 and 1972 Halston, the designer of glamorous evening wear, was awarded a “Winnie” womenswear award, for having the most influence in fashion at the Coty American Fashion Critics Awards.

Halston started his own house in 1968 and designed streamlined, elegant fashions, including Ultrasuede shirtwaist dresses, sweaters in cashmere, long tunics and tailored suits.But he is now most famous for his slinky jersey evening dresses, which Bianca Jagger often wore to outrageous parties at places like legendary nightclub Studio 54.

In fact, she is wearing a Halston dress (and Manolo Blahnik high heels) in the emblematic photograph of her on her 30th birthday, riding around Studio 54 on a white horse. Halston actually threw the party for her, so it’s only fitting. Halston style vintage 70s shirts would be made in a slinky polyester jersey with a scarf tie at the throat, or open to the navel. 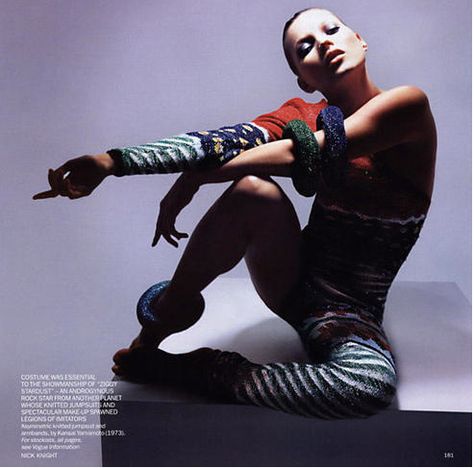 In 1972 Japanese designer Kansai Yamamoto designed the costumes for David Bowie’s Ziggy Stardust tour. He made creations like a knitted one legged and one sleeved onesie with knitted bracelets, which was later worn again by Kate Moss in a 2003 reprise of the 70s. (It looked better on Bowie). 1970s vintage shirts in tribute to David Bowie would be glittery and form fitting, made in polyester with a classic 70s long pointed collar.

It was 1972 as well when Bill Gibb, the British designer, held his debut fashion show. It was at the Oriental Club in London and featured romantic clothes like printed leather skirts and colourful knits. 1970s vintage shirts designed by Bill Gibbs might feature flowing or bell shaped sleeves and an ethnic or tribal influence.

In 1975 Giorgio Armani, the Italian designer, founded his own label. By 2001 Armani, with his many diffusion lines and products, was acclaimed as Italy’s most successful designer ever.

In 1975 the London punk band The Sex Pistols played their first gig. It was at St Martin’s College of Art. The Sex Pistols were not the first punks, not the first punk band, but their success meant that punk fashions were heard of and copied around the Western world by disaffected youth who enjoyed not only ripping their clothes and adding safety pins, but the unexpected creativity that came with the hairstyles and make up, which included mohawk hairstyles in different colours and extravagant eyeliner shapes around the eyes. 1970s vintage shirts in punk style might be tartan or rubber (favourite punk fabrics) and ripped or safety pinned. 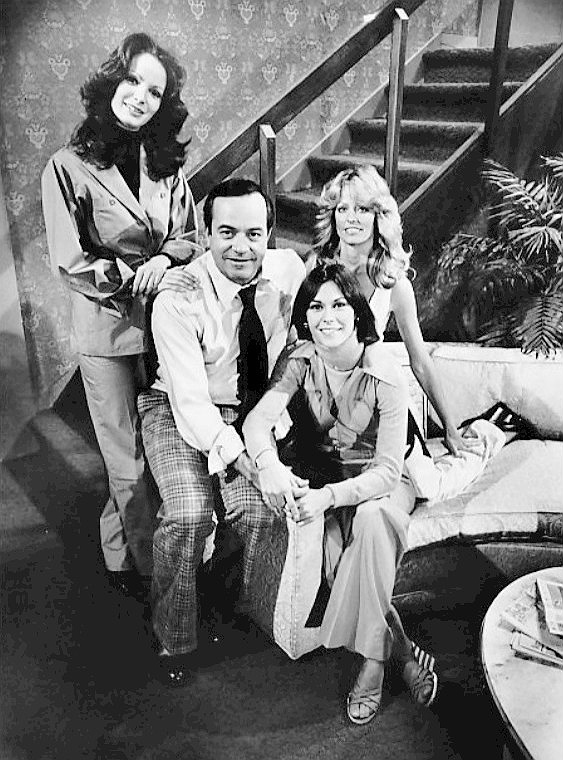 In 1976 Charlie Angels debuted on American TV. The three female leads, Kate Jackson, Farrah Fawsett, and Jaclyn Smith became fashion icons, and Farrah Fawsett’s hair is the equivalent of the 90’s “Rachel” – everyone either has it or wants it. 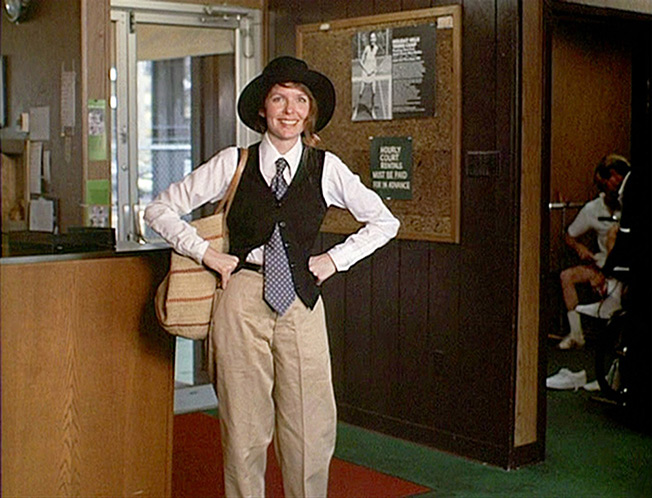 In 1977 the fashion designer Ralph Lauren created the iconic wardrobe for Diane Keaton as Annie Hall in Woody Allen’s Annie Hall. Her rumpled wide trousers and big white shirts worn with ties and long hair were a casually androgynous look copied by many. An Annie Hall style 1970s vintage shirts needs to be crisp and white.