I cannot read a book or see an exhibition about Paris in the early 20th century without bumping into Jean Cocteau (1889-1963). Here’s a photo of him by Louise Dahl-Wolf, there’s a coat he designed for Elsa Schiaparelli, and look, a print for Charles James. So I think it’s time for an article on this charming, clever and creative Parisian, who had many friends, many lovers and made all kinds of work with a lasting legacy.

Paris, 1910- 1930. What a time to be interested in fashion, art, and culture! The clothes, ballets, theatre, music and art were changing fast and radically different versions of all of these art forms were being presented for the enjoyment and scandal of the elite. In this word, you could be the (usually) penniless artisan, creating their work by hook or by crook, or the rich patron, dipping into this world by supporting the work and commissioning, for all they knew, tremendous follies or what could turn out to be creative achievements that resonate down the centuries. Or you could be both, the creative who makes it and is able to help other creatives.

We all know about Coco Chanel, the scrawny courtesan who clawed her way into a self-made fashion empire. She was one of the fashion designers to herald an entirely new way of dressing. In turn, she sponsored (and had an affair with) Igor Stravinsky, who created music that sounded so dissonant to contemporary ears that early concert goers vigorously booed his efforts. Now, Stravinsky’s Rite of Spring (1913) is played so often that it almost counts as lift music. 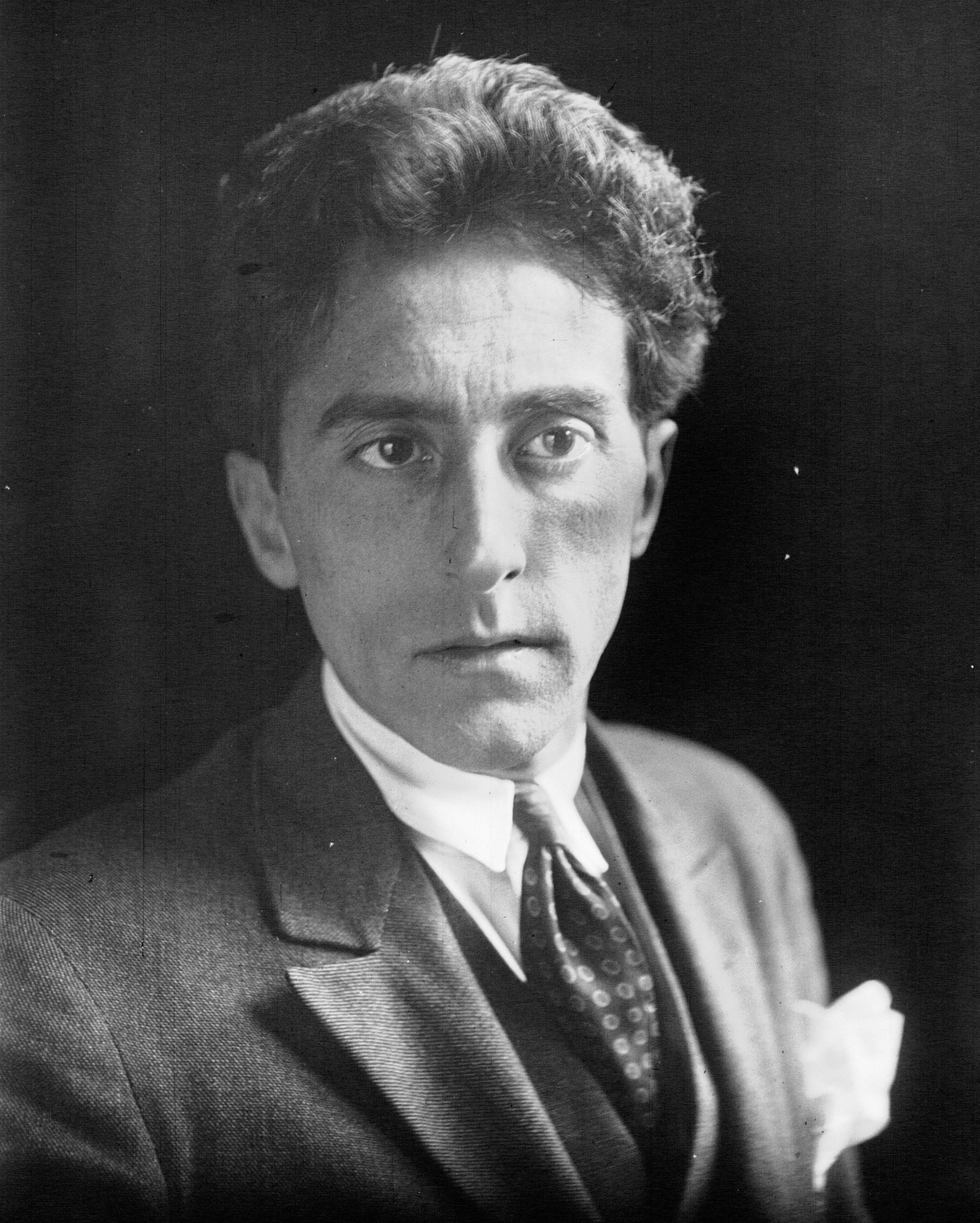 Ballet was also having a shake up, courtesy of Serge Diaghilev’s company, the Ballet Russe. Diaghilev brought many composers, choreographers, dancers, artists and costume designers together to make something entirely new. The Ballet Russe inspired a lot of fashion designers, with Leon Baskt’s costumes for many of the productions introducing wild new interpretations of “Oriental” styles. Coco Chanel and the artist Pablo Picasso also designed costumes for Ballet Russe productions and Stravinsky composed for them. Chanel bankrolled the Ballet Russe too.

Which is where Jean Cocteau come in – in this story at least. Jean Cocteau was the librettist for Ballet Russe’s production of Parade (1916), with music by Eric Satie. Cocteau was a great friend of Chanel’s at the time, and remained so all his life. It was he who persuaded the notoriously travel hating Picasso to go to Paris to work on the costumes. Pablo Picasso is known as a painter but wasn’t at all adverse to working in other visual media. He made ceramics, designed some stage sets and, as here, costumes too. 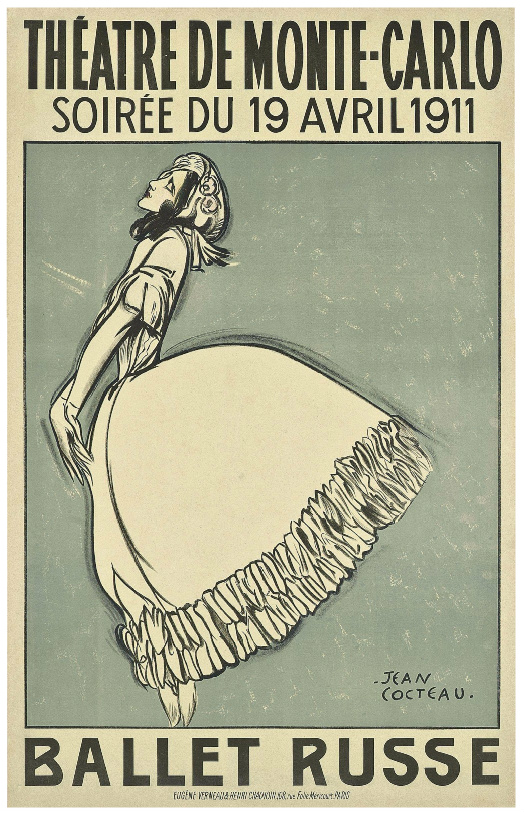 Jean Cocteau was even more multi-faceted. He wrote songs, he wrote poetry. He wrote a book. He drew, painted, sculpted, he made films and he illustrated. His films, The Blood of a Poet (1930), Les Parents Terribles (1948), Beauty and the Beast (1946) and Orpheus (1949) are probably his most famous legacy but for me, his illustrations are his best work. His style is instantly recognisable, his flowing line and stylised women a little like Picasso’s sketches. As well as the libretto for Parade, Cocteau drew the posters – one of ballerina Tamara Karsavina, and one featuring Vasiliy Ninjinsky, the principal dancer and choreographer for Ballet Russe who captivated many artists of the time. Cocteau described his ‘slender young torso contrasting with overdeveloped thighs, he is like some Florentine, vigorous beyond anything human, and feline to a disquieting degree’.

Although such friends, Jean Cocteau did not create fashion designs or illustrations for Chanel, although he did write her fond illustrated letters and in 1924 they too worked together on a Ballet Russe production, Le Train Bleu. Chanel created the costumes, and Cocteau was the librettist. But he did make two designs for Elsa Schiaparelli. Schiaparelli, somewhat ridiculously said to be Chanel’s greated rival, was, of course, active on the Parisian scene at the same time. I think of her as the Lady Gaga of her time, giving many young creatives a leg up by inviting them to design for her. Meret Oppenheim, the artist most famous for her furry teacup, designed a furry bracelet first for Schiaparelli. Picasso, too, designed jewellery for her – a great weeping eye as a brooch. She famously collaborated with Salvador Dali.

Cocteau created a line drawing of a woman with long golden hair cascading down the arm of the jacket, beautifully realised by the embroidery firm Lesage in waves of bugle beads. The fashion sketch for this is particularly lovely. The other design was for the back of an evening jacket. Two female forms face each other, and the space between their profiles forms a vase. Above, luxurious three-dimensional roses grow from the vase, and cover the shoulders of the jacket.

A Great Group of Friends 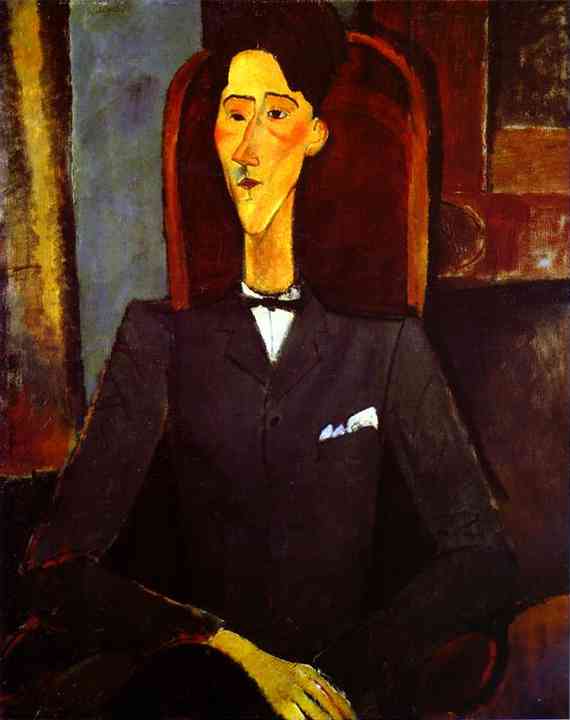 Cocteau was also friends with fashion designer Charles James, who asked him to design a textile for him. The result was a fabric with the faces of both Cocteau and Jean Marais, whom he was in love with at the time. I just imagine them all, having polite dinner parties and crazy ones too, grand balls and more squalid dances, conferring, sharing ideas, dancing and seducing each other. I can picture Cocteau and Chanel gossiping over coffee about their failures and triumphs in their love lives.

These examples, although to a professional standard, are more just friends having fun and sharing ideas. Jean Cocteau’s most steady job in fashion was as an illustrator for Harper’s Bazaar. He drew many fashion sketches for the magazines showing the work of various designers, as although photography existed illustration was still then preferred. He also created some striking covers for the magazines too.

The Star of the Party

His illustration style stayed in demand and later on he was also commissioned to design some silk scarves for a commercial interest. In these as in many works, his signature is prominent, along with the star that became his motif. Cocteau had once painted a jacket worn by Oliver Messel for a fancy-dress party whilst he was wearing it, with these stars and clouds. Oliver Messel was also a designer for the Ballet Russe, and well placed to make outrageous costumes for himself for these occasions.

There is so much more to say about Jean Cocteau’s outrageous life, which didn’t end with these crazy Paris years. I haven’t got room for it now, but he lived to the age of 74, winning many honours and scandalising much more of society right up until the end.