Said to live on grouse and cocaine, Daisy Fellowes was a high-fashion heiress who virtually kept Schiaparelli and Cartier going in the 30s, buying their most extravagant designs and often wearing them just once.

Schiap’s shoe hat was made with her in mind and she carried it off it with panache; Cartier made her a necklace in the style of an Indian collar studded with priceless gems: she wore that for a fancy dress party before passing it on to her daughter.

Daisy Fellowes appeared many times in Vogue, was the Paris Editor of American Harper’s Bazaar, wrote books and poetry, and was described as both beautiful and ugly. She was also either mischievous or cruel, depending on who was doing the telling, but she was one of those who had so much money they didn’t care what people said about them, as long as they were saying something.

Born Marguerite Séverine Philippine Decazes de Glücksberg on the 29 April 1890 in Paris, Daisy’s mother was Isabelle-Blanche Singer, heiress to the Singer sewing machine fortune, which she passed on to Daisy when she killed herself when her daughter was very small.

Daisy’s father was Jean Élie Octave Louis Sévère Amanieu Decazes, the 3rd Duke Decazes and Glücksberg. Daisy and her siblings were brought up by her aunt, Winnaretta Singer, Princess Edmond de Polignac. Winnaretta had a deep interest in the arts and culture, particularly music. 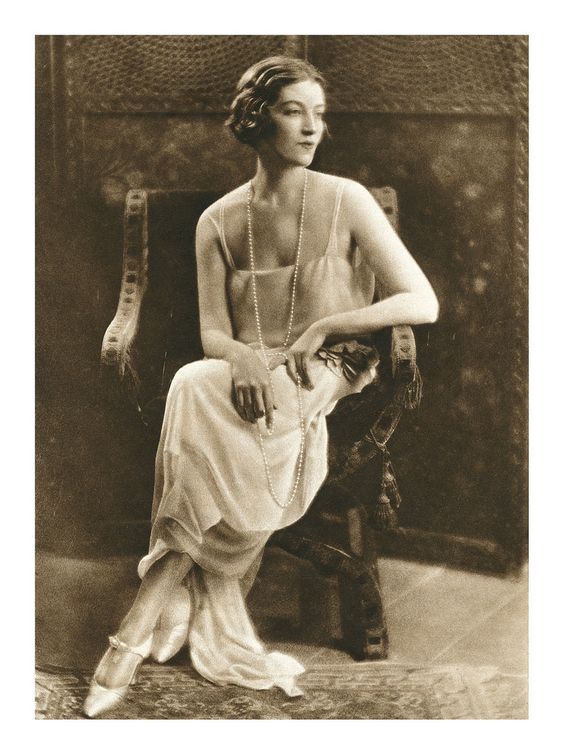 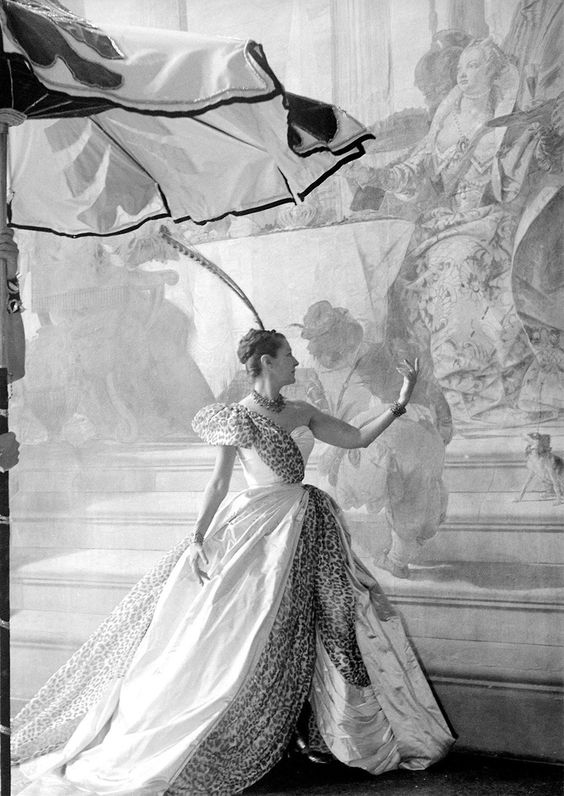 This fabulous photograph is by Cecil Beaton for Vogue, 1951. 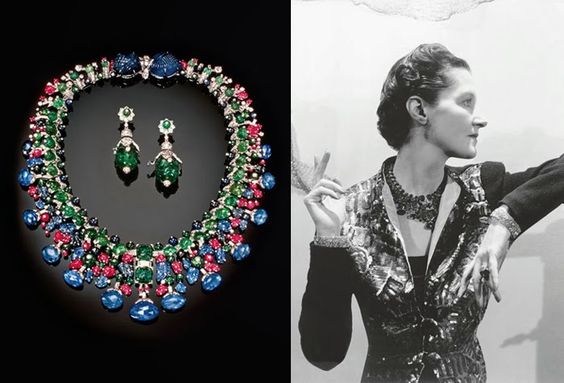 Daisy Fellowes in a Cartier necklace. Image via Pinterest. 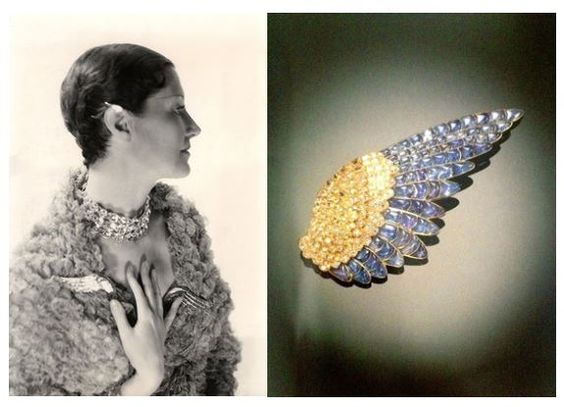 Daisy Fellowes wearing two beautiful winged clips and an absolutely huge diamond collar. The focus here is on the wings on the collar but she’s also wearing a very unusual ear cuff. Image via Pinterest. 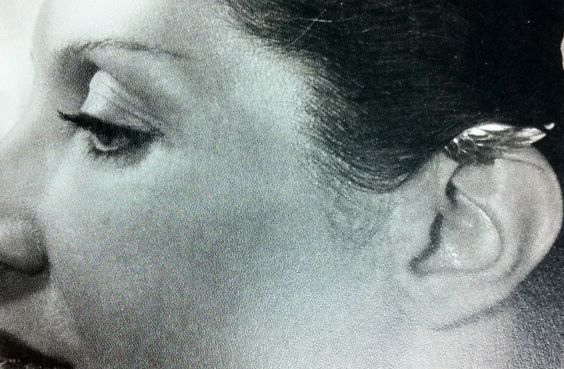 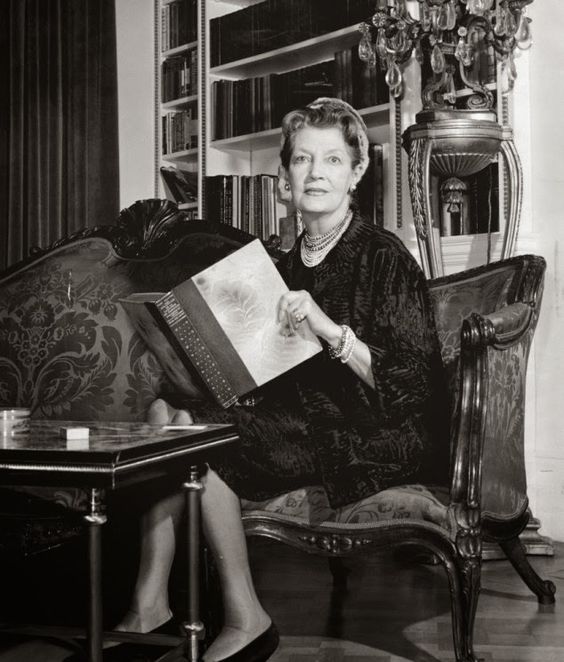 Daisy’s first husband was Jean Amédée Marie Anatole de Broglie Prince de Broglie. He was rumoured to be gay and Daisy his beard. They were married in 1910 when Daisy was 20. He died in 1918 whilst serving with the French army, officially of the Spanish flu although there were also rumours that he killed himself when the secret of his sexuality was exposed.

There are two stories about Daisy and her children. Firstly, when a friend politely enquired about them and what they were like, Daisy said, “The eldest, Emmeline, is like my first husband only a great deal more masculine; the second, Isabelle, is like me without guts; [and] the third, Jacqueline, was the result of a horrible man called Lischmann.”

The other story: Daisy Fellowes was walking one day in the park with a friend. ‘Oh look at those pretty little girls. Aren’t they beautifully dressed! We must go and ask the nurse whose they are.’ Walking over, Daisy asked: ‘Whose lovely little children are these?’ ‘Yours, Madam!’ snapped the nurse.

In 1919, she married The Hon. Reginald Ailwyn Fellowes. Reginald was Winston Churchill’s cousin and the son of William Fellowes, 2nd Baron de Ramsey. In 1921 they had a daughter, Rosamond Daisy Fellowes.

Although she had her own huge fortune, it was her first marriage to the prince which made her of interest to the society pages, and her second husband, though he was “just” a Baronet, which kept her there. But by then, she could have stayed on her own.

She was sketched by John Singer Sergeant when she was young and throughout her adult life photographed all the time by the very best: Adolf de Meyer, Cecil Beaton, George Hoyningen-Huene, Edward Steichen, and Horst P Horst among others.

As for her style, she had a cellophane cape worn over her nude body that she donned to receive guests after her bath (there was a mania for receiving guests in the bath in the 30s, so this isn’t even all that shocking). She accessorised it with massive jewellery. She also had a man’s sequinned evening jacket that she wore to death, always with a green carnation in the buttonhole.

She would invite guests to dinner, and when they arrived dressed up to the nine appear in a simple linen shift. Diana Vreeland said that she had “The elegance of the damned.” As a child, her father had described her as ugly so when she was old enough she had a nose-job and began to patronise the jewellers and couturiers. If she could never be truly beautiful she could at least be glamorous and eccentric.

The Drama Queen of Society

Daisy Fellowes would also invite guests to spend time on one of her yachts and when they were all trapped at sea choose a guest to pick on for the duration of the trip. Other tricks included inviting all her enemies and all their enemies to dinner. If a party wasn’t fun enough, she added morphine, cocaine or benzadrine to the drinks. If she went to the cinema and someone was in her favourite seat, she just sat on top of them. “Whatever she wore, she wore conspicuously. She created dramas wherever she went to stave off boredom and she cared not a whit what anyone thought of her,” as Bettina Ballard said.

Daisy was also famous for her affairs. She had attempted to seduce Winston Churchill before marrying his cousin, and she invited the Prince of Wales on her yacht with the thought of a relationship. Unfortunately he brought his new girlfriend, Wallis Simpson. However, she enjoyed pursuing and capturing many other men, most of them titled.

She was a patron of the arts, including the Ballet Russe. Her books included “Cats in the Isle of Man”, which is about the human condition, and she also published poetry. Her wit in real life was said to rival Dorothy Parker, although she delivered it in a high, breathy voice.

Frida Kahlo: Making Herself Up – Review

Frida Kahlo: Making Herself Up – Review