There is a distinction (sometimes it’s a fine one) between wearing trousers for the sake of practicality or fashion, cross dressing and wearing trousers so as to either take on “masculine” traits, or to be mistaken as male.Jeanne d’Arc (Joan of Arc) (c. 1412-1431) famously dressed as a boy, with short hair, hosen (narrow trousers), tunic and boots. During battle she also wore armour. She did this for entirely practical reasons.

Of course, armour is useful in a battle, and she didn’t want to attract the attention of the enemy as a woman on a battlefield. And later on, in prison, she kept her outfit as the trousers could be fastened to both boots at the ankle and her tunic at the waist, which meant it was more difficult to remove her clothing to rape her. It was a very real risk, but her conviction for heresy was for cross dressing. She was sentenced to execution. 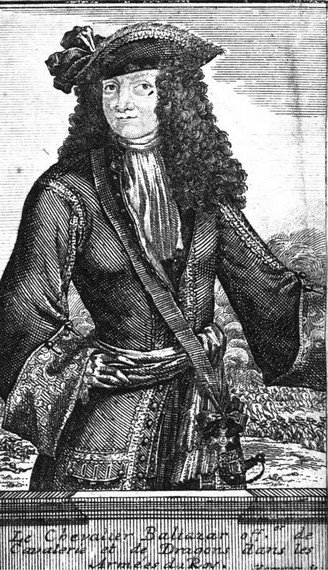 Genevieve Prémoya, (1660-1706) known as the Chevalier Ballazard, also dressed as a man to fight in the French army. Unlike Joan of Arc, however, her cross dressing and bravery were celebrated. After fighting valiantly in battle and rising to become an officer, her gender became known when she was wounded. Rather than being derided, Louis XIV made her honorary knight of the Order of St Louis. Her very popular autobiography which celebrated her dashing deeds was published in 1704. 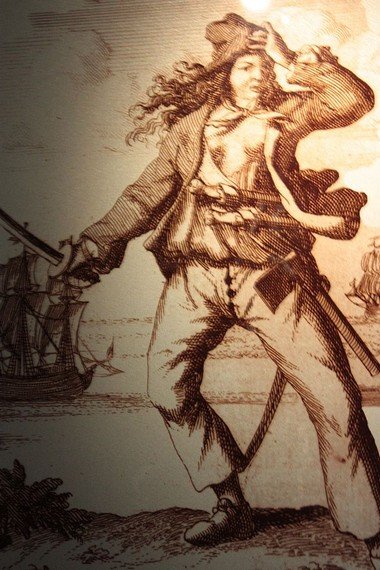 Mary Read. Of course, in real life she probably wouldn’t have been flashing her breasts like this

Female pirates also caught the public’s imagination by cross dressing. Mary Read (c 1691- was an English girl who had been dressed as a boy by her mother from childhood. She carried on wearing men’s clothing, getting men’s jobs and joining the military, where she proved herself in battle, and also fell in love with a Flemish soldier. She relinquished her trousers to marry him, (to much shock and curiosity from her colleagues) but took them up again when he died. After that, when sailing to the West Indies she was forced to join a pirate crew and later carried on of her own free will. She was captured, and threatened with execution. This was not, of course, for cross dressing but for piracy. However, she pleaded pregnancy and was thrown in jail instead, where she later died. 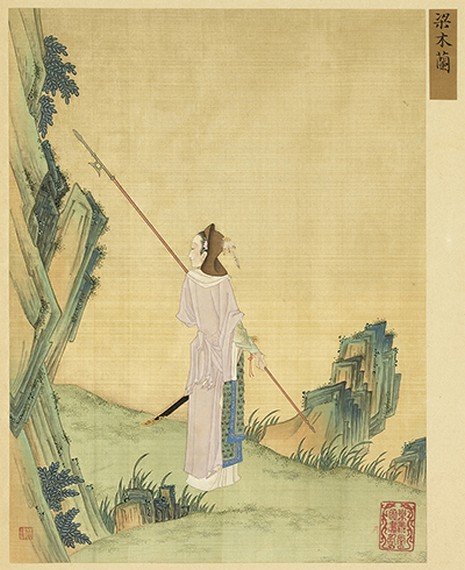 And you know the Disney film Mulan? That was based on the story of Hua Mulan, who may have been a historical figure (or it may have been a myth). She cross dressed by  disguiseing herself as a man to serve in the army in place of her aging father.