Art Deco permeated everything from furnishings to ornaments, décor and Art Deco Dressing. It was a period of decadence that started out in France after World War I.

The styles along with everything else that Art Deco influenced had a more international appeal from the 1920s onwards.

The first appearance of Art Deco

Art Deco was all about youth and exuberance and the coming of the jazz age.It spoke of technological progress with symmetry and geometric shapes illustrating a love and respect for the coming of the machine.It came on the hot on the heels of the First World War and the women’s movement. Women had fought hard for the vote, and with the war had come new freedoms that women were more than happy to enjoy.

Women’s suffrage and the vote

Women’s suffrage had fought for the right to vote, which they got, partially in 1918 for those over the age of 30, with those over 21 not getting the vote till 1928.With this exciting backdrop, Art Deco was born infiltrating every aspect of art, design and fashion. 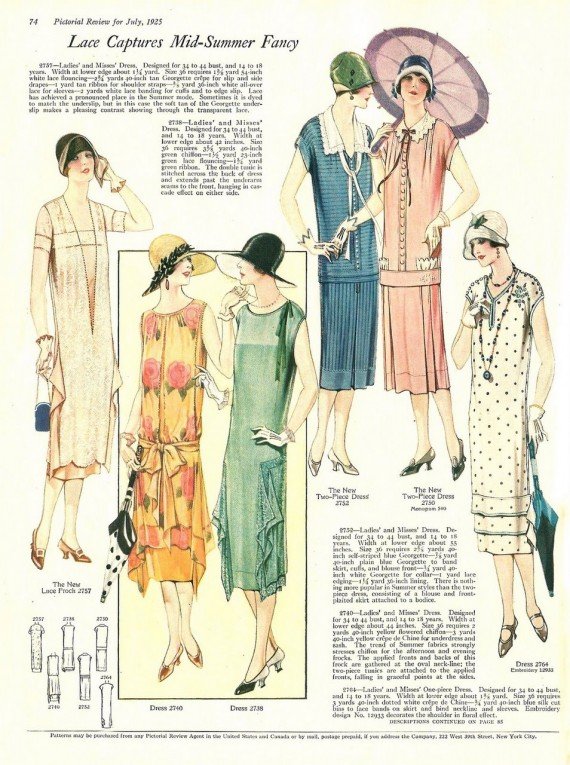 For women, dresses were tubular in shape with intricate stitching and often made to be seen, which hadn’t been done before, with detailed seaming. Art Deco Dresses had a dropped waist and came with geometric designs and shapes, they were simple on shape but big on detail.There was beautiful draping, beads, feathers, and new fabrics were popular such as rayon (once known as artificial silk until 1925) and leather and knits, with sweaters becoming fashionable for men.

Women were no longer confined to wearing a corset and there was more simplicity to the undergarments and dresses they wore.There was emphasis on texture and brightly coloured fabrics with simple lines and beautiful draping.

Because of the new, more androgynous look of the 1920s, it was felt in some fashion quarters that a gender crisis was developing. However, the new freedom that the less heavy corsets and petticoats gave was not something women were prepared to relinquish so quickly.

Paul Poiret and Mariano Fortuny were popular designers of the time.Fortuny favoured loose drapery and fabrics that clung to the body in the style of the Greeks, accentuating the shape of a woman’s body without the corseted tightness of the previous decade.

Poiret came to be known as the King of Fashion in the US and created costumes that were influenced by the Ballet Russes, a big Art Deco dressing influence, and the style of orientalism which again, was much in favour with the art deco movement.He used vivid colours and created the most imaginative shapes with lampshade tunics and harem trousers.

He is credited with developing the modern fashion industry and steered fashion in much more modern direction.Much like Fortuny, Poiret allowed women looser clothing and much more comfort than they’d had before.

Although Art Deco dresses were known to be short, especially the flapper dress, the lengths never really went much higher than the knee until the mid-twenties.What’s really beautiful about Art Deco dressing is the elaborate prints, patterns, fabrics and the vivid colours.

To complete an Art Deco look, you want finger waved hair which is usually worn on short or medium length hair.The dresses are long and loose with a dropped waist and plenty of detail on the dress itself.

Naturally, Art Deco dressing is as popular today as it was back in the twenties with antiques and furnishings as well as art and design items being highly sought after.

If you really want to go the Art Deco route you’re talking luxury, glamour and plenty of exuberance, which never did anyone any harm.

Another Art Deco illustration by Russell I Patterson