Mdhamiri a Nkemi is in the final stages of editing his new film, “Cuttings”. The young director and editor worked with Blue 17 vintage store to find the right look for certain scenes which were set in the late 70s and early 80s, so I was keen to grab the chance to catch up with him about the making of the film and his costumes.

The film is a coming of age drama about Gemma, who was brought up in a cosy seaside town but flees the nest as soon as possible for the bright lights of London. When her aunt dies unexpectedly however, Gemma returns and finds herself roped into making a commemorative video from old video footage, a task which uncovers surprising family secrets. 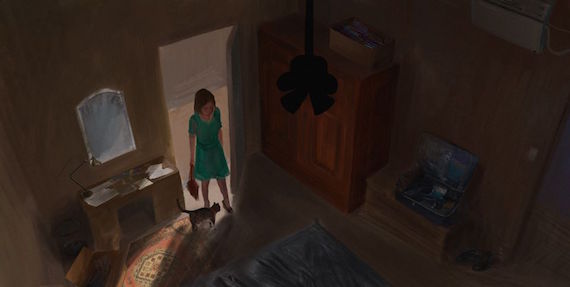 Some of the brilliant Cuttings concept art by Erwin Cruz. 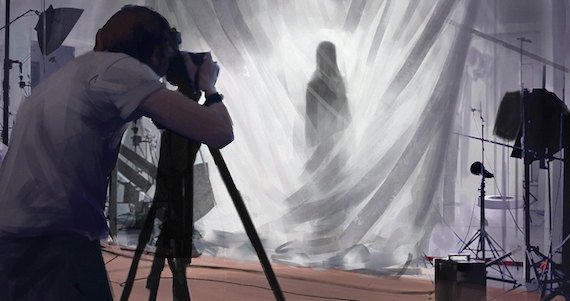 More of the brilliant Cuttings concept art by Erwin Cruz. 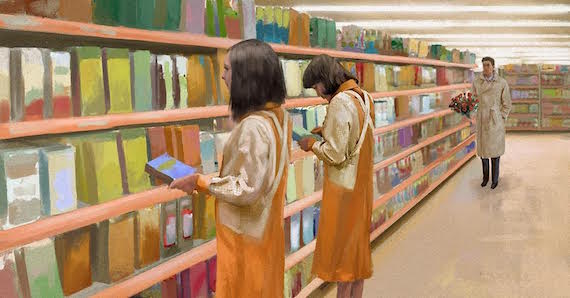 More of the brilliant Cuttings concept art by Erwin Cruz

Genevieve Jones: Which characters did you borrow clothes from Blue 17 for, and what decades did they represent?

Mdhamiri a Nkemi: We borrowed clothes from Blue 17 for the home footage elements of the film, where we see the younger versions of Alice and David, Gemma’s parents, and Rita, Alice’s sister. This footage is set in the late 70s to late 80s.

GJ: Why did you decide to dress them in original vintage clothing, rather than having costumes made especially?

Mdhamiri a Nkemi: It was really important to me that everything was as authentic as possible, from everything down to the generation of cameras we were using to the music we played on set during the 80s house party. It may not come across in the film directly, but I think it really helped the cast get into character and feel like we’d actually time-travelled back. Plus we had a really low budget so having costumes made wasn’t really an option!

Mdhamiri a Nkemi: I’ll readily admit, my knowledge of fashion isn’t particularly broad, so my ideas for what I was looking for were limited to describing trendy or more casual in their attire. Mostly I relied on a lot of help from our production designer, Laura Manners, and art director, Delia O’Brien, who translated the character’s personalities and background into their dress sense. We also spent a lot of time working out an overall colour palette for the film, which influenced clothing choices.

GJ: I’ve been saying “You” but did you have a costume designer?

M a N: We didn’t have a costume designer for the home footage scenes specifically, the research was done mainly by Delia, who chose the outfits, and Sophie Moore, our make up artist, who designed the looks for each character. At the start of the project, an amazing concept artist called Erwin Cruz came up with some initial designs for characters and environments which helped us imagine what it all looked like.

GJ: How important do you think that costume is to the overall look of the film?

Mdhamiri a Nkemi: Having not had much experience working with costumes previously, I was really thrilled to get the opportunity to work with talented, experienced designers who knew what they were doing, and was constantly with how much attention to detail they went into. It’s often the case with student films that they look like they’ve been filmed in student accommodation with actors just wearing what they happened to turn up in on the day, whereas what I think will really help Cuttings stand out is how believable everything is. To answer your question, hugely important as I’ve discovered!

GJ: How long did it take you to make the film, and which was the part you most enjoyed?

M a N: Well it’s been a crazy amount of time since the beginning, mainly because I wrote the script a year before we went into pre-production. From there we had a pretty short turnaround up to the shoot, as we had a high-profile actress on board (April Pearson, Skins 1st Gen) with a busy schedule (she started on a feature a couple of days after we’d wrapped!). Since then we’ve been in post-production, polishing everything over and planning our festival release. It’s hard to pick any particular part as I’ve found every element of it as challenging and fun as the next, but I think calling action on our first shot and watching all the team’s hard work come together live in front of us was definitely a magical moment.

Cuttings is being submitted to several film festivals as we speak, and in the meantime you can view a trailer for it here.

Mdhamiri a Nkemi is an up-and-coming director and editor based in London. He is an NFTS talent campus graduate, and his first film, I KNOW HOW YOU FEEL, came 2nd place in the BFI Future Film Festival 2014 (fiction category). He has recently edited award winning shorts and music videos that have been selected for festivals such as Underwire and the New York No Limits Film Series. Cuttings is Mdhamiri a Nkemi’s graduate film for his BA at Ravensbourne University.