March 28, 2017
Blunt Pyramid is a new theatre group who are interested in social change. Their upcoming production, a two hander by Tennessee Williams featuring “Hello From Bertha” and “27 Wagons Full of Cotton”, is an edgy experience that aims to bring awareness of domestic violence to audiences.
Blue 17 provided costumes for the work, and it meant that I got a chance to chat to the producer, Paul Burton-Boxall, who is impassioned about the subject. 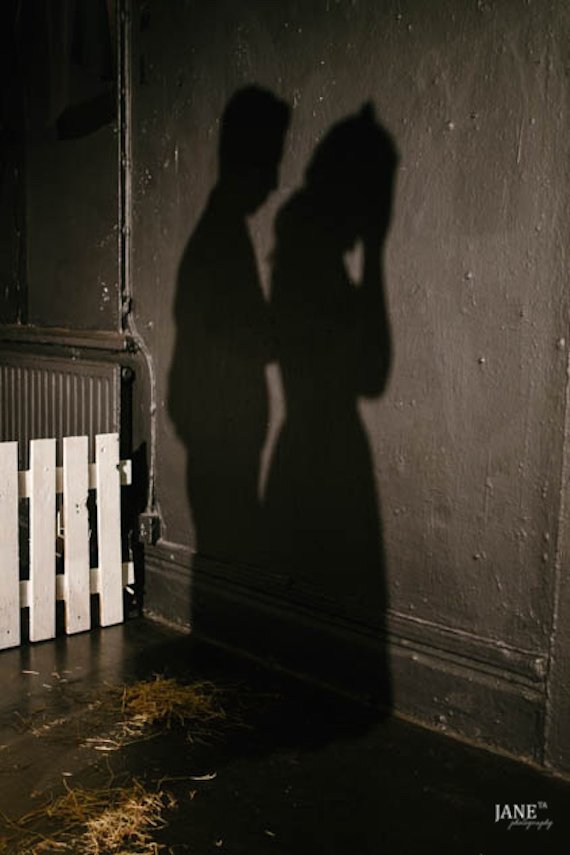 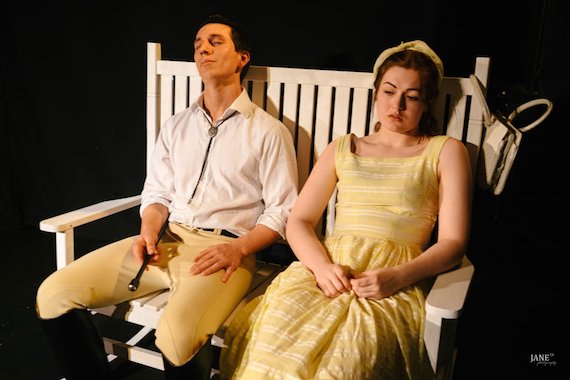 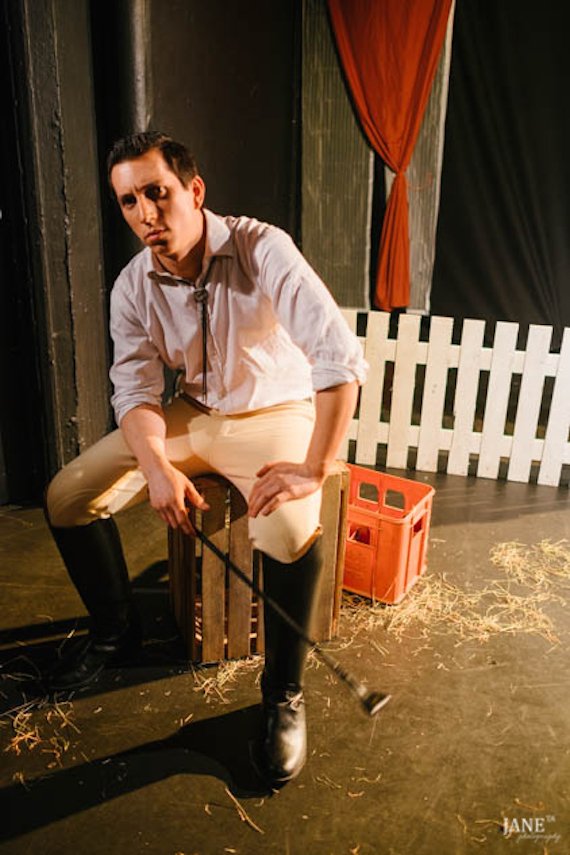 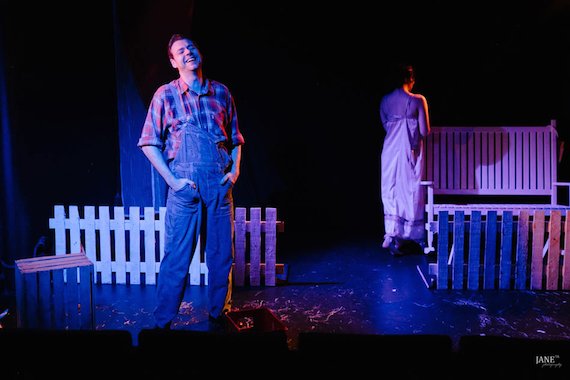 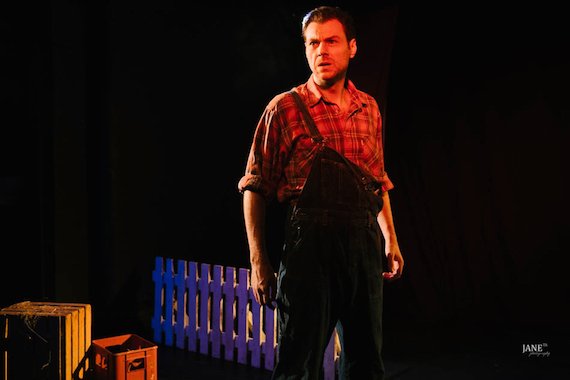 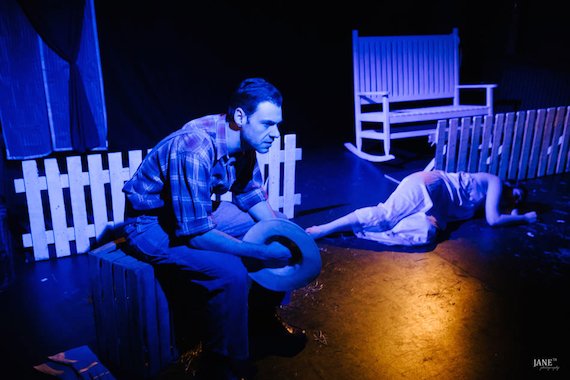 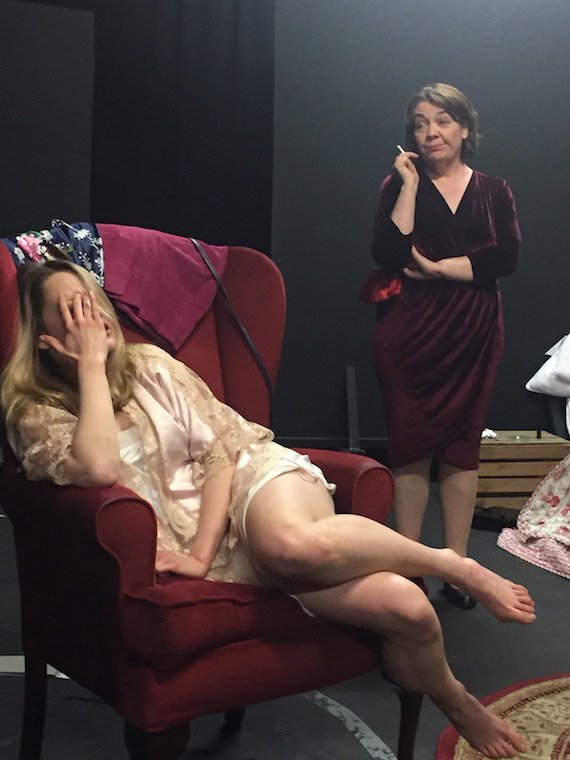 Genevieve Jones: It sounds like the plays that you have chosen,”Hello From Bertha” and “27 Wagons Full of Cotton” are very powerful. When did you discover them and what drew you to producing them?

Paul Burton-Boxall: I first discovered them after watching a brilliant production of Tennessee Williams ‘Lady of Larkspur Lotion’ while I was directing at the Poor School Drama School in 2015. Once I found out it was one of his ( Tennessee Williams ) short plays, I simply got hold of the book and that was where I discovered ‘27 Wagons full of Cotton’ and ‘Hello from Bertha’.

The two plays are very powerful yes, and I believe they contain a powerful message. They are raw, in your face and to the point, and I love that. My reason for wanting to produce them may sound clichéd, but domestic abuse is something very close to my heart. I once wrote and directed my own play on the subject while studying. I wanted to raise awareness, not just on the physical abuse but the mental abuse that people can be subjected to. This can be overlooked at times because it’s not staring you right in the face, especially during a time period where we celebrate women and all the walls and barriers they have knocked down since getting the vote in 1928. If this production makes even just one person more aware of domestic abuse and its after effects, then I will consider this production a huge success.

GJ: Which period have you decided to make the costumes from? Will you be dressing your cast in contemporary outfits or choosing pieces from around when the plays were written?

PBB: Although I was tempted to try and modernise the two plays, I felt with the language and several of the subjects mentioned in the plays it would not have made much sense in a modern context. I have seen Tennessee Williams modernised before, without adapting the language, and there tends to be a lot of holes in the plot because of it. So I will be setting it in the 1940s. Also it’s more fun for the actors to get all dressed up I think!

GJ: How did you go about envisaging each character’s outfits? And did the final designs differ much from what you were looking for?

PBB: Well, the two plays are set in quite different locations, one in a country home during a hot summer in Mississippi, and the other in an old brothel located in a notorious red light section of East St. Louis. So I wanted the costumes to give a genuine representation of this. The characters from ‘Hello from Bertha’ being dressed in darker and bolder colours like reds, purples and blacks. I also wanted Bertha and Lena to be dressed in a similar fashion to enforce this idea of one replacing the other, as if it’s a cycle that will go on and on. While for ‘27 Wagons Full of Cotton’ I really want to give the idea of extreme heat as well as a rural feel, so practical costumes for sure. Flora is treated like a doll by her husband, I wanted her in a slightly revealing white dress (for the time period), to give off the idea that she is happy, perfect and angelic. So they are quite contrasting.

GJ: What is your favourite moment in the plays?

PBB: Without wanting to spoil anything, it would probably be the ending of ‘Hello from Bertha’ where we really see the ruthlessness of the business and real tragedy of the character. While with ‘27 Wagons Full of Cotton’ it’s probably the scene with the riding crop, just the mixture of excitement and fear in her character. It’s a great scene to get to direct and can be done in so many different ways. Those scenes are gold for a director in my opinion.

GJ: Finally, what’s next for the Blunt Pyramid theatre company?

PBB: Blunt Pyramid has always been about growing and expanding and that is what I plan to do. It was started to help new actors out of drama school to have a platform to showcase themselves. Years ago, actors could join Rep. Theatre Companies; unfortunately they are now practically non-existent. However, I hope to provide a successful alternative to that. Ultimately I hope to go back to the Edinburgh Fringe Festival again this year with this production, but who knows?

We also have small film in the pipeline, based in Nazi Germany. It’s a simple but effective concept we are working on, but it is still long ways off yet.

“Hello From Bertha” and “27 Wagons Full of Cotton” will be playing at the Hen and Chickens Theatre in London from the 28th March – 1st April.

You can find out more about Paul at Paul Burton and Jane Ta, the photographer who took the great pictures is here.