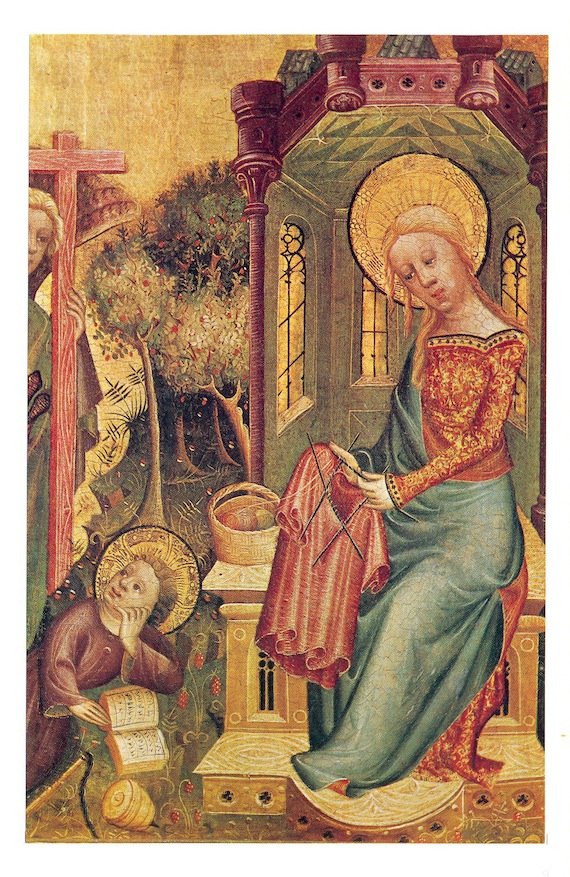 Knitting is a very ancient craft. The initial purpose was to make socks, hats, and gloves, much like today, because the knitted stitch has an elastic quality that’s useful for close fitting things. 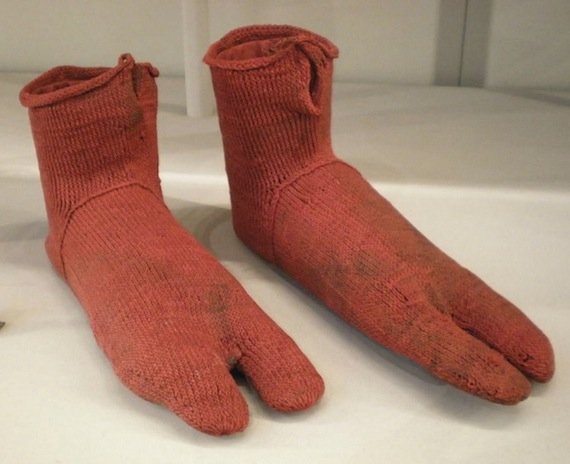 But it was also used for cushion covers, pin cushions and other fine, decorative items. Knitted gloves for bishops have been found, of red silk and silver thread, with delicate patterns, and silk knitted pieces can be so fine that there are twenty stitches to an inch. 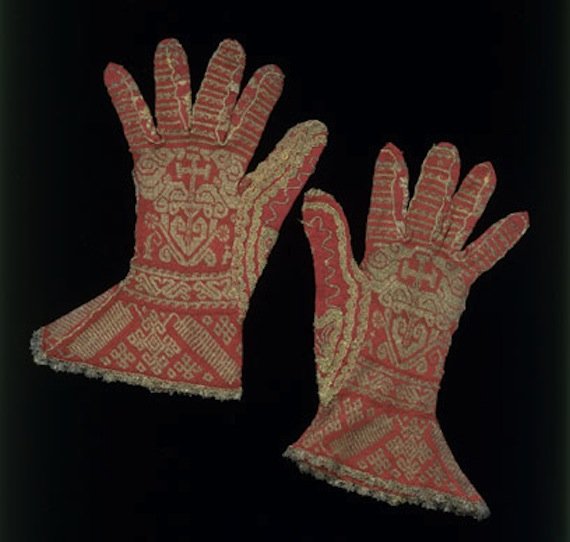 Knitted hats were an everyday item in the medieval period, made at home but also by professionals. They were so important that the wearing of them was enshrined in the Cappers Act of 1571.

According to this rule each English person over the age of six who wasn’t a gentleman must wear each Sunday and holiday “a cap of wool, thickened and dressed in England, made within this realm and only dressed and finished by some of the trade of cappers, upon pain to forfeit for every day of not wearing 3s. 4d.” The law was passed in order to protect the cap maker’s trade. 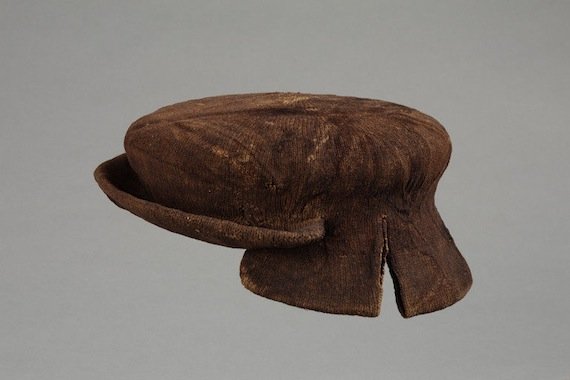 Initially knitting was made with one needle and it was a time consuming process. Later two needles made it faster, and the fashion for silk stockings for noblemen and women in the 18th Century meant that hand knitting was much in demand in the UK as an industry.

Poorer people already knitted items for themselves at that time forming knitting parties in dark evenings to sit around neighbour’s fires, telling stories and making their socks, hats and gloves. Men as well as women knitted, and shepherds and men at sea used the time while they sat idle to knit. 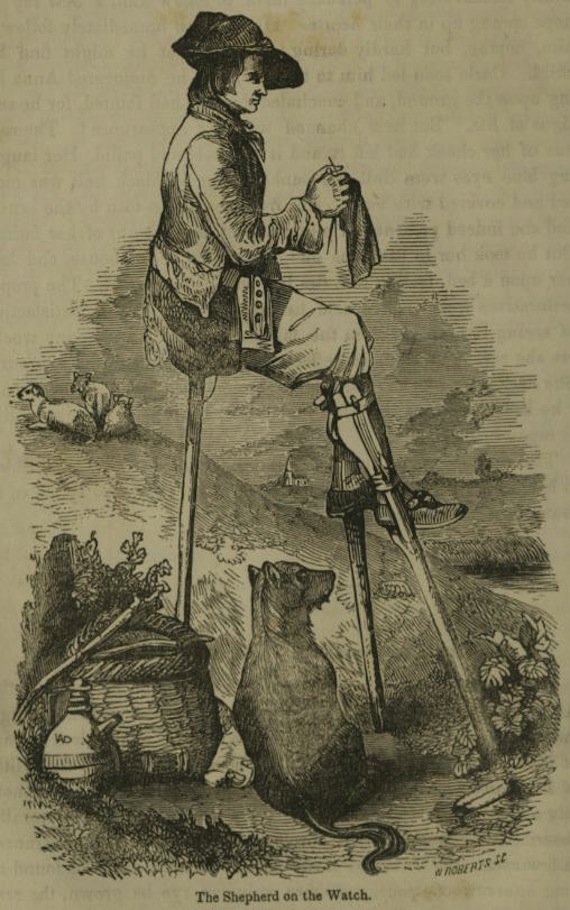 The Industrial Revolution and the invention of the knitting machine put paid to most of the cottage industries centered around knitting and in a lot of cases destroyed people’s livelihoods and ways of living, as they left their country homes and came to the towns and cities, seeking work. But that’s perhaps another story. 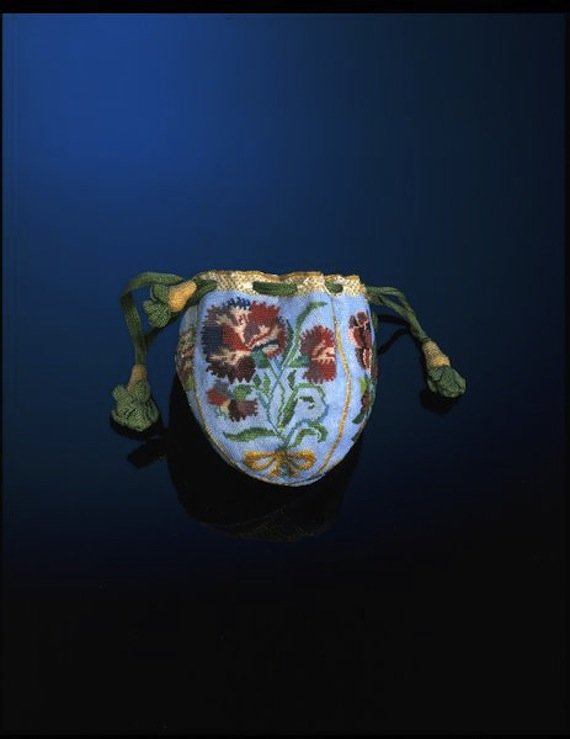 Knitted and beaded purse, 1850ish. Image via V and A

At that point knitting became less a necessity and more a hobby, to be carried out in elegant homes.

Women knitted intricate and delicate fancy items like bags and purses in the 19th Century. They created patterns and textures, and some incorporated beads which would have been strung onto thread in the correct order according to the pattern before work began, and then knitted into place, a quite mind boggling process of concentration! 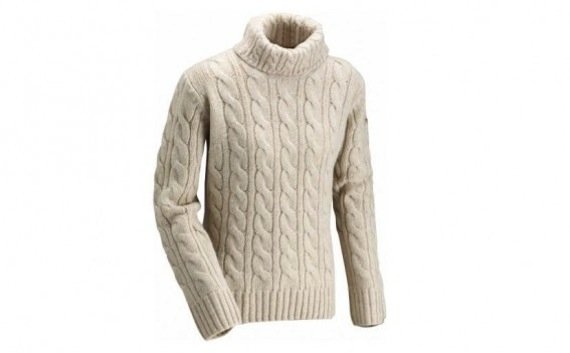 Although the very earliest items of cable knit were made in plain knitting, patterns had been incorporated into the fabric from an early time, either via intarsia or fair isle which use different colour wools, or via texture such as lace effects or cable stitching.

Cable stitch was developed in Ireland in the early 20th Century, and the primary purpose of most of these stitches was to make the garment thicker and warmer, as well as adding decoration.

Hand knitted cable knit sweaters have remained popular, and in the Second World War they were practical to knit yourself. In the 80s cable knit sweaters came back into fashion, and you’ll find the chunky styles look great with jeans and casual wear.