Knitting was probably first invented about 3,000 years ago, on the Arabian Peninsula. The men of nomadic tribes performed it, using wool from their flocks of sheep and goats. The wool was gathered and spun by the women, but it was the men who actually knitted, often while watching over the sheep and goats they took the wool from. Mens vintage cable knit sweaters are part of this long tradition.

It has been a man’s trade until fairly recently, with knitting sailors taking the skill around the world. The complicated patterns of a Fair Isle knit are said to be not invented by the islanders themselves, but by shipwrecked Spanish sailors, who knitted their ship’s flag (usually a simple cross) in black and white. The islanders took the technique but added the colours of their locally dyed wools and created more complicated patterns. 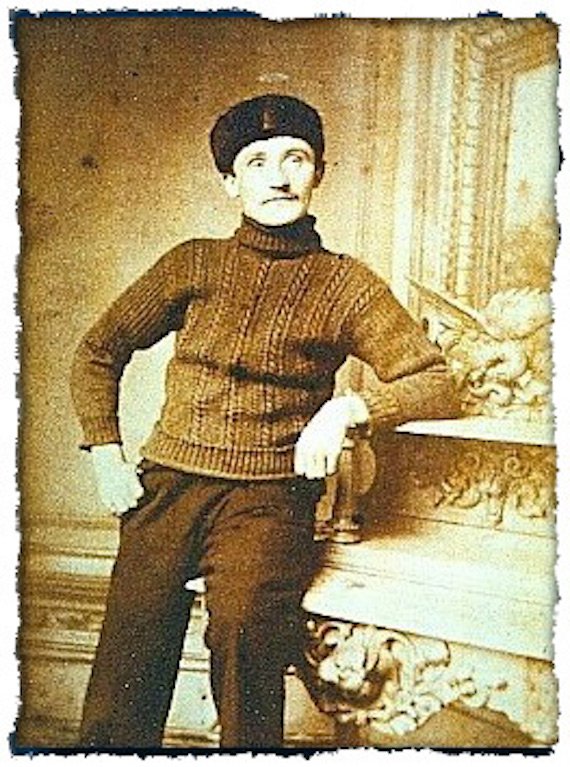 A Victorian fisherman in a gansey-Vintage cable knit sweaters

Mens vintage cable knit sweaters have a long history. They are heavy sweaters originally worn by fisheman. Traditionally made in Ireland and known as a gansey jumper, they are sometimes called Aran sweaters. Aran sweaters are made on the isle of Aran off the West Coast of Ireland, and feature cable patterns like a gansey.

However, actual Aran sweaters aren’t traditional as such, having probably been first created by a group of Aran women around the turn of the Twentieth Century specifically for export. They took the cable pattern of the traditional gansey but made it with thicker wool, and a simpler construction to make it much quicker to make, and therefore make their enterprise more productive.

The original Aran sweater was made out of a very coarse wool, which still had the sheep’s natural grease (lanolin) on it. That made the sweater waterproof, so with being warm too it was a practical item for fisher men.

Mens vintage cable knit sweaters are probably not waterproof, as lanolin is now removed from wool, and is used in beauty products as it’s very softening for the skin. Shepherds who regularly handled sheep used to have very soft hands!

Aran cables come in several patterns, repeated across the jumper. The myth is that each island family had their own pattern so that if a man was drowned at sea whoever fished him out would know which family to let know. It’s not true, but the patterns have regional differences, and even better, each fisherman has initials stitched onto the hem.

The patterns on mens vintage cable knit sweaters are also said to represent different things, so the honeycomb pattern stands for the busy bees, the tree of life the different stages of a man’s life, lattice stitch stands for the old wicker fishing baskets, and the moss stitch for nature. The cable, which of course is a big part in any fisher man’s life, is a symbol for good luck and safety.

Nowadays Aran jumpers are usually made by machine, so the patterns are even less complex. The original patterns can’t be reproduced, although people who knit for hobbies or as a craft revival sometimes take old patterns and create the traditional garment. 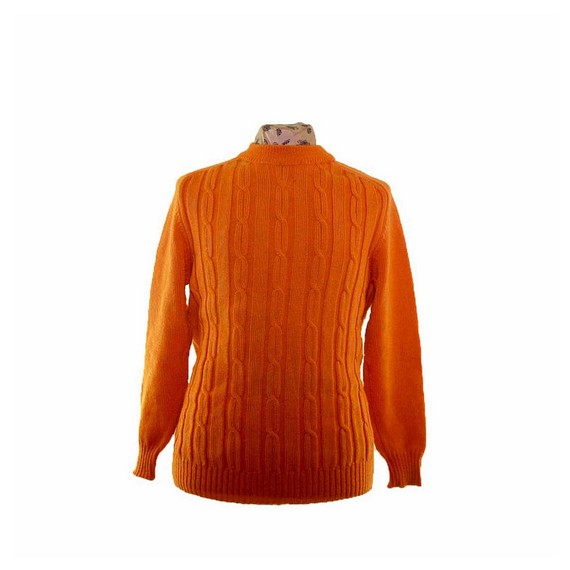