Vintage Berets – What They Are And How to wear Them

Womens vintage berets are the epitome of chic. Their association with elegant French women comes as they were once the peasant’s headgear of choice from that region.

Traditionally berets were worn by both men and women, and you rarely see a photo of Pablo Picasso without his beret. This may account for the stereotype of the beret wearing artist, or perhaps this comes from later on and the beatnik artists of the Fifties.

Now, you rarely see men in berets, certainly in the UK, although it’s still a popular shape for women and it’s so unaltered from the original design that Womens Vintage Berets are perfect for every day wear for women. 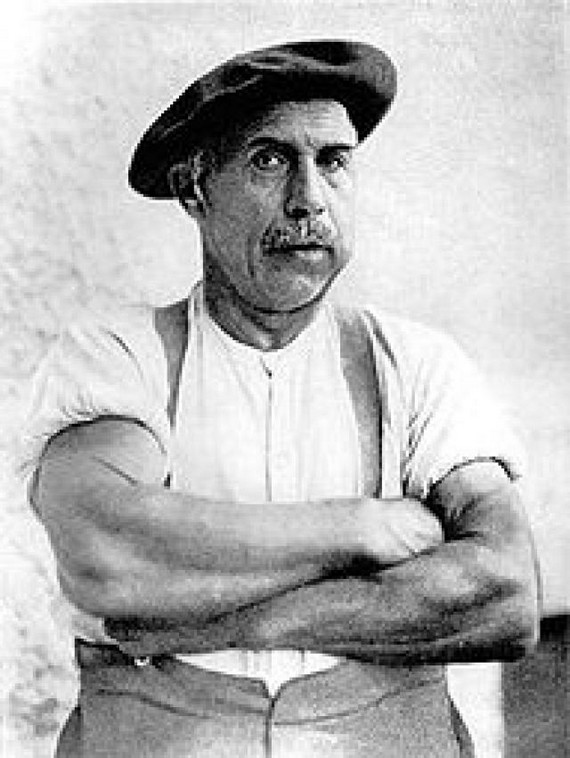 From their peasant origins, from the Twenties onwards berets became worn as sportswear and then daywear in fashionable circles.

In the Thirties they were adopted as the replacement to the cloche hat – where the cloche sits closely over the head, and is pulled down around the face, the beret is quite different and perches lightly on one side. It also had a fun, slightly sporty feel.

In the Forties sweet, practical Fair Isle knitted berets become popular along with those worn with sharp suits, a la Lauren Bacall in the Big Sleep.

In the fifties they became associated with French Left Bank radicals, and were adopted by the Beatniks of the age, poets and intellectuals and the rebellious, who dressed in a unisex uniform of black polonecks, slacks and black berets to match, indoors and out. A casual cigarette dangled from their mouths a cloud of smoke, bebop jazz, and revolutionary talk filled the air. 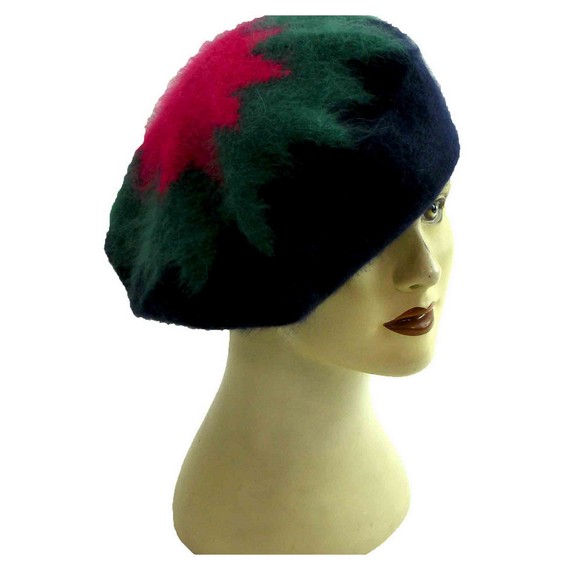 This look continues into the Sixties and in the Seventies we have a floppier, crochet version, which in the eighties came in bright colours, decorated with big flowers or huge sequins.

There was also the chic, sleek executive version that went with your Ralph Lauren trouser suit, or again, cute Fair Isle knits, especially for children.

How to wear Womens Vintage Berets


You can wear Womens Vintage Berets many ways: pulled sideways over one ear, pulled down over both like a beanie, or pushed back on the head. You can wear the headband tucked in or pulled out.

They come in many colours, and can be of wool felt, knitted, crochet, straw or fabric. Vintage versions could be moulded into rigid versions, but most take the traditional flat form.

Flat, soft berets are quite practical as they can be stuffed into your pocket or bag without losing shape, and pulled out when you feel chilly.

For styling tips, take inspiration from Lauren Bacall in “The Big Sleep” or Marlene Dietrich, who frequently wore a beret in photos.

Che Guevara may be the most famous military pin up in a beret but they are often used in uniforms so military wear collectors or uniform fetishists may look for berets.

Since the mid century most countries have featured a beret as part of military outfits, often in unusual colours to signify elite corps.

How to Rock the Ideal Womens Vintage Straw Hat

Create The Look The Feminine Thirties