Many from the 80s era were intimidated by the “non-conformity” of 80s clothing across the UK. But despite the buzz and the hype, no one could say 80s fashion lacked character.

You didn’t need to love the 80s to notice its fashion. It all added up to generate interest: The neon shoes and track pants; the jelly shoes, the high hairdos. And perhaps that’s why 80s clothing in UK was looked upon as something to forget. But that never happened! 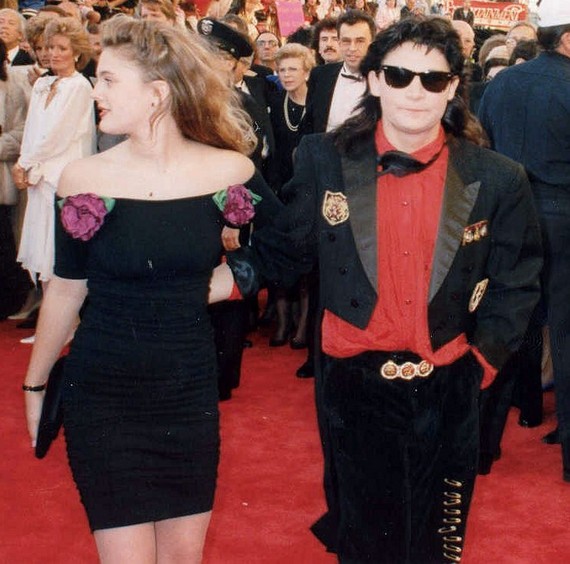 80s clothing in the UK – An air of pomp and flash

You really didn’t have to love the 80s to admire what people wore back then. Fashion in Europe and all over Britain focused heavily on costly outfits and expensive accessories. It wasn’t that people were flush with money. It’s just that 80s fashion was all about being “non-conforming”. How so?

Well, for one, everyone loved to wear vividly coloured, bright prints. From neon jogging suits, to multi-coloured leggings, to flashing joggers and even sparkling hair bands. And all you need to do is visit any 80s vintage clothing store today, and take a look at the flashy costume jewellery women wore back then, to understand what I’m talking about.

And 80s clothing in the UK was also about over-doing the bling and flash too. Pearl necklaces. Faux-gold earrings. Dresses and jackets covered in shiny diamonds and sequins. All of this made 80s fashion stand out starkly as not conforming to what “traditionalists” believed fashion should be. In a way, fashion in the eighties was about decadence! 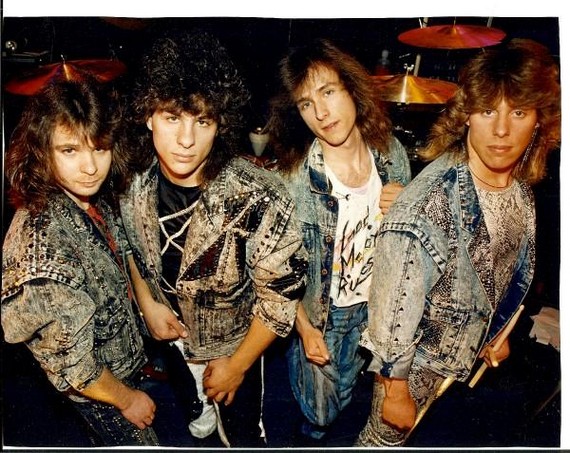 It’s no wonder then that some parts of society, even in Britain, decided that they’d had enough. Sure, they professed to love the 80s dearly.  But at the heart of their non-conformist fashion beliefs was the idea that 80s clothing in UK had to change to fit their lifestyles.  And those were the seeds of fashion revolt.

Back in the 1960s, the Hippie movement characterised a break from 40s and 50s fashion tradition. The Hippies were fed up with what they thought was an “imposed” set of rules and values….and if you visit any vintage clothing store in Britain today, you’ll see exactly how the Hippies pushed back. Hippie fashion was a statement of being care free and open – with the clothing restrictions inherited from the 1940s and 50s. Decadent 80s clothing in UK was about to see a similar backlash.

80s fashion revolt was sparked by Punk fashion – which was really a statement against what the Hippies created, as well as the lavishness that, until then at least, passed for fashion in the eighties.  And while the initial half of the 80s was a relatively uneventful, in terms of fashionable events, the latter half of the decade saw a revolution, including open embracing of colourful tops and pants, as well as outrageous hairdos. Love the 80s or hate it –  Punk was here to stay! 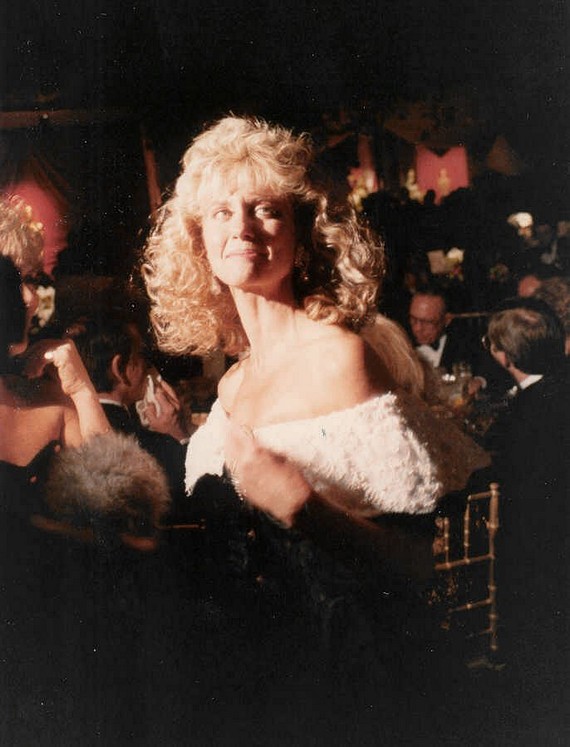 While 80s clothing across UK got a lot of traction from the ongoing “fashion revolt”, the non-conformist trends weren’t just restricted to clothing. It spread well beyond. 80s style vintage clothing stores display a lot of the neon suits and brightly coloured skirts, dresses and tops. But people who love the 80s will also recall how that decade changed personal grooming and appearances – for both men and women!

When we talk about 80s fashion, we can’t but help look back at outrageous hairdos – bouffant, curly, big and overly styled! To be fair to the period, there was a lot of “outside” influence on how things shaped out here in Britain. Dynasty was a popular TV show loved and watched by millions of Brits. It had a lot to do with making the bouffant a high-volume staple of 80s clothing in UK.

The “typical” woman would love the 80s style make up – which often comprised of thick, dark eyelashes, red or light pink blush (often called rouge) – and of course the lightly coloured lips. And while (Dynasty fame) stars like Linda Evans and Joan Collins did much to influence how women wore their hair and did their makeup, a visit to 80s vintage clothing stores will show how other prominent figures held sway on what men and women thought about fashion and personal grooming back then, including the likes of:

Back then, 80s fashion inspiration came not only from what these and other iconic personalities wore – from bright colours and Skaters, to the Preppy look and faux-fur coats; but also from how they looked, in terms of their hair styles, painted nails, blush-on and lipstick. Women (and men too!) who love the 80s didn’t just go for everything that 80s clothing in the UK had to offer; they embraced the entire 80s-look package. 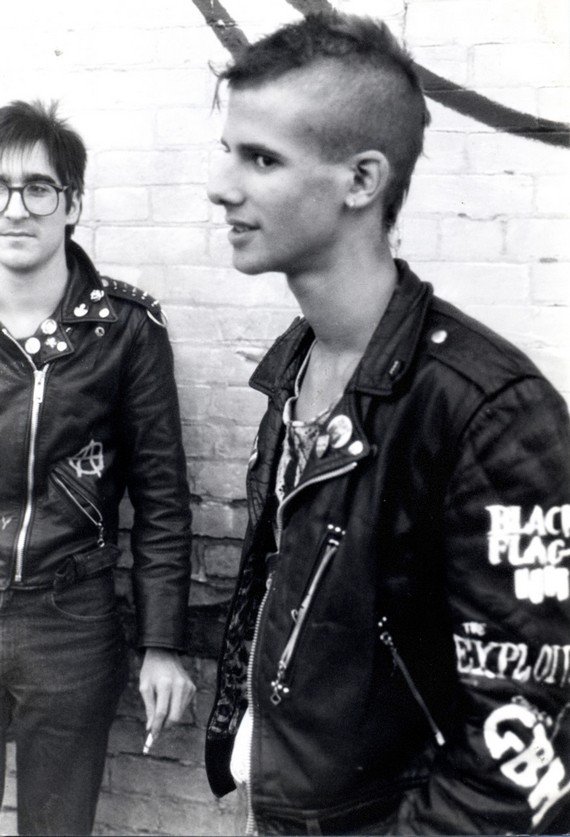 A look around the 80s section of your neighbourhood vintage clothing store today might reveal the glitz and glamour that the 80s later came to be renowned for. But it all didn’t start off that way – at least not initially.  The heyday of the 80s fashion scene was rather tame. Some like to even call it “minimalistic”. True, there was still an undercurrent of the non-conformist nature of how people felt. But it wasn’t all that prevalent.

In the early 80s, fashion wasn’t about bling and dazzle. 80s clothing in UK back then didn’t place as much emphasis on accessorising an outfit, as was the case in the latter half of the decade. With designers favouring aesthetics over flash, the focus was on being functional, rather than going for dazzle. Unlike the second half of the era, where bright colours and flashy neon was prevalent, early 80s fashion preferred rather subdued shades of brown, pale orange and tan. It was a “less is more” approach.

Fashion historians that love the 80s tell us that designers preferred to create a mix of both gender-specific as well as unisex clothes. However, both men’s and women’s fashion had an underlying “minimalist” theme – nothing too flashy, and nothing that was overly outrageous.

V-necks, turtlenecks and crew necks were popular choices for 80s clothing in UK stores. Designers also experimented with the use of leather back then – both real and artificial varieties. Trench coats, blazers and knee-length skirts started to emerge as popular 80s fashion choices. Tube tops and crop tops were also favoured by teenagers and younger women across the UK.

By the mid-1980s, things began to heat up a tad. UK women’s fashion started becoming just a bit more colourful. The minimalist look was in the rear-view mirror. If you love the 80s, you’ll recall the mid-80s look that was all about designer jeans, tapered trousers and spandex mini-skirts.

With pop singer Madonna, came the “street urchin” look that you can easily find in abundance in many 80s vintage clothing stores today. These included fishnet gloves, super-miniskirts worn over net stockings, headbands and boytoy belts. And as an ultimate symbol of not wanting to conform to the “established norm”, a popular 80s fashion trend of showing a bra strap or slip in public was established. Until then, this gesture was unheard of, but the eighties broke yet another taboo!  It also became popular for younger women to be seen in a vintage Bustier, sporting lacy slips and strings of beads or imitation pearls around their necks. 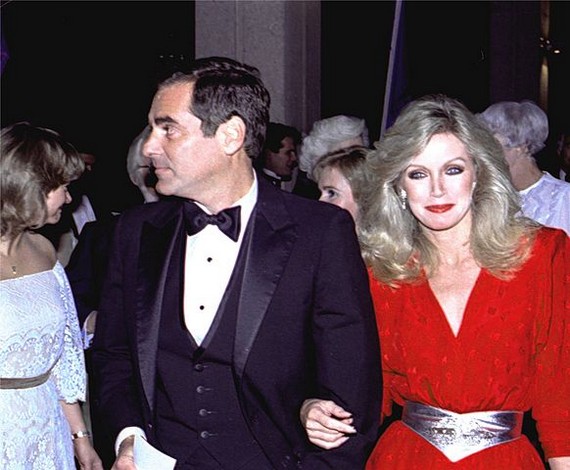 80s clothing in UK around that time also started seeing a slew of accessorising that was starkly different from the first half of the decade. We started seeing women wearing dresses wrapped with thin or wide leather belts; and Keds and pumps started becoming more prevalent in 80s fashion.

Eighties fashion really came of age as more women started entering the workforce in the UK and the rest of the developed world, and they sought to mimic the image – in dress and mannerism – of their male colleagues. It was the time when Thatcherism was establishing itself as a “thing”. As a result, 80s clothing in UK started seeing women’s outfits created in bolder colours – like black and navy blue, and paralleling men’s fashion, like close-cut blazers and pants and suits.

By then, 80s fashion in the UK had come of age, and was well on its way for anyone that love the 80s to realise that the eighties would be an era where fashion didn’t conform to what was in the sixties or the seventies!