The leather jacket and power suit weren’t the only things iconic about 80s style. So, what was the clothing style in the 80s? It was all about being excessive!

There was much about 80s fashion trends that said: The more the better! Big hair, Big Shoulders and Big Names – like Brooke Shields, Madonna, Cher and Princess Diana ruled fashion in the 1980s.  So, what was the clothing style in the 80s really like? Let’s find out, shall we! 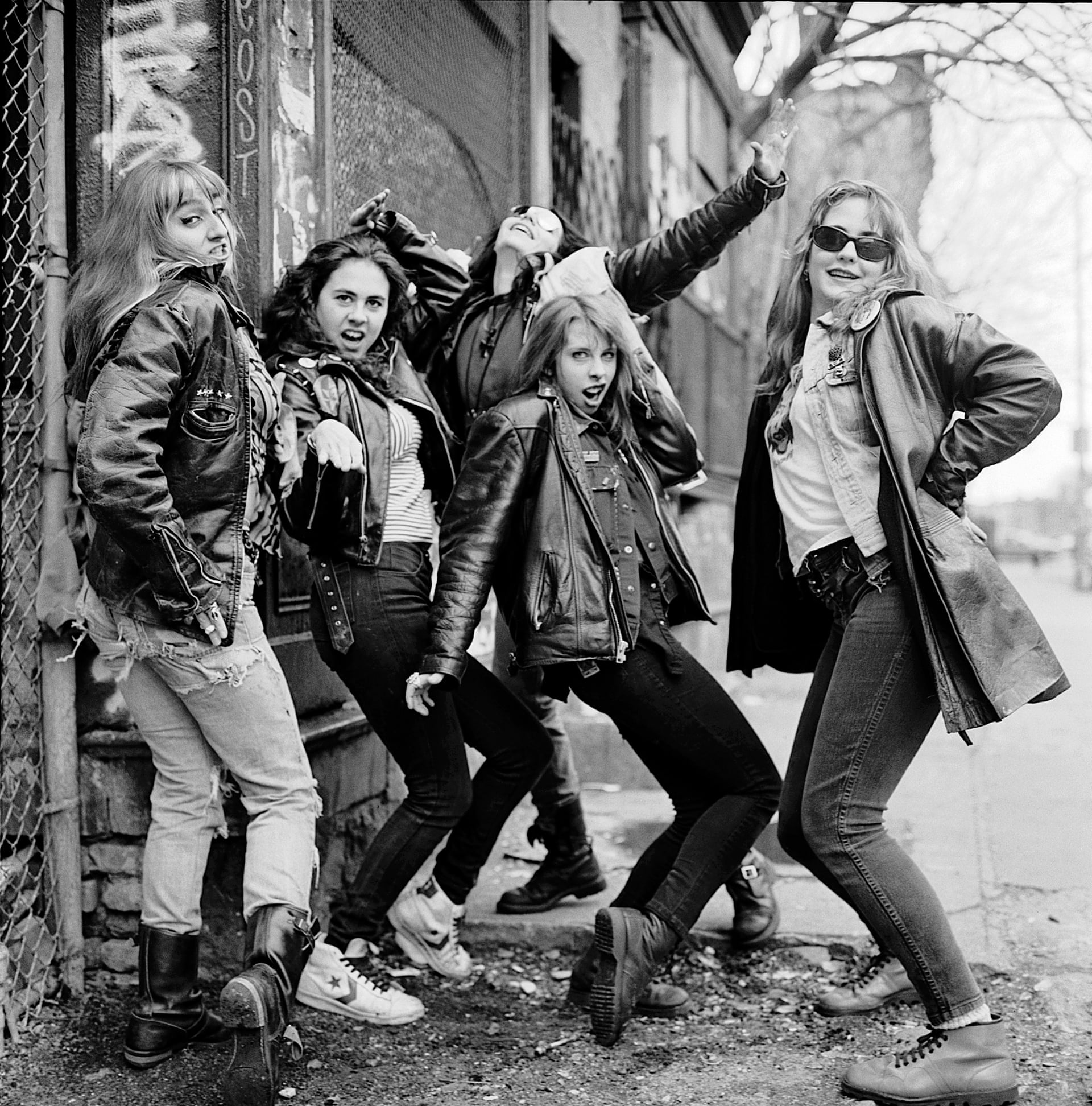 Women in the 1980s were probably one of the first, compared to many generations before, to be truly “liberated”. High fashion ruled the day, with many fashion houses and prominent labels of the time bringing their own versions of high-waisted pants and jeans. The 80s was a time when many women joined the ranks of the workforce, and they dressed for the occasion.

So, what was the clothing style in the 80s, and why is that it is looked back upon as a decade of bold statements by women? Well, the fact that women back then broke out of their stereo-type image, had everything to do with it.

Shoulder pads could be seen everywhere, as womens fashion took hold in that decade!  Not only were big shoulders a fashion statement for the liberated, it also showed everyone that women had finally arrived to take their rightful place in the world.

And while the generations prior, including the 1960s and 70s, were all about women playing a docile role in society, women’s fashion in the 1980s changed all that. Celebrities like Cyndi Lauper could be credited for giving women in the 1980s a voice of their own. Girls indeed just wanted to have some fun with their fashion! 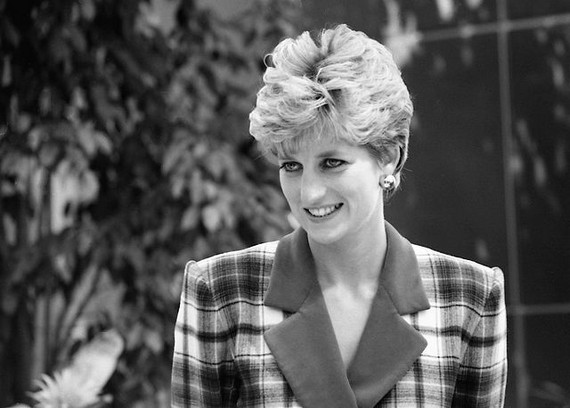 Princess Diana at Accord Hospice

But woman-power wasn’t just about hip-hopping in stretch pants and neon sneakers and big wigs. But what was the clothing style in the 80s that made us change our minds about women and fashion? Sure, women wore a lot of crazy outfits back then, like multi-coloured leg warmers and neon parachute pants. But what were some of the fashion trends that gave women power the seriousness that it deserved?

True, you saw more women donning on a leather jacket and denim jeans to “party it up” in the 1980s. But iconic women of power, in very powerful positions, showed the world that girls can do much more than just have fun (Sorry Cyndi Lauper – no offence meant!).

Britain’s very own Margaret Thatcher lead the way with her iconic power suit. The neatly tailored attire, and smart fitting jacket and slightly below knee-length skirt showed that women meant business when it came to establishing more “serious” 80s fashion trends.  That Iron Lady look soon caught on, and women in offices and in Boardrooms soon embraced the power suit like it was their personal dress code.

And then there was our Princess Diana, who shyly stepped into a world she barely knew, and soon became one of the most iconic personalities of women fashion in the 1980s. While Maggie Thatcher popularised the power suit, it was Lady Di who should be credited with making power shoulder pads part of women’s fashion in the 1980s. No one wore them as elegantly as Princess Diana did, and no other woman simultaneously exuberated grace and power with shoulder pads. 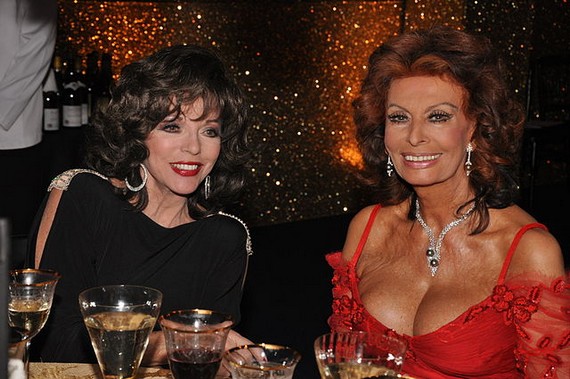 What was the clothing style in the 80s – Celebrity Power

I hear you ask: what was the clothing style in the 80s that took its cue from star power? Actually, what women wore on the sets of movies and TV shows also played a huge role in shaping 80s fashion trends for women.  Millions of women across the globe were riveted to their TVs watching hit shows like Dynasty, with Joan Collins making a lasting fashion impression on women in the 1980s.

The Big hair dos, and the puffy sleeves took women by storm. 80s womens fashion wasn’t the same after that. The power of Alexis Colby’s (played by Ms Collins) wardrobe was so profound, that she (Alexis) inspired a wave of 80s fashion trends that ordinary women quickly embraced.  Leading fashion labels also picked up on those trends, and they started bringing out Dynasty-inspired designs that women wore proudly.

And what was the clothing style in the 80s that spurred high fashion into high gear? Well, the high point of celebrity power could also be seen in high fashion trends established by popular actresses like Brooke Shields and Jane Fonda. Who could forget the powder blue high-waisted jeans, topped with shades and hats?

Pretty soon, everywhere you went – in malls, public buildings and cinemas – women wore jeans, pants and even high-waisted office trousers. It was like they were just waiting for Jane Fonda and Brooke Shields to give them a sign! 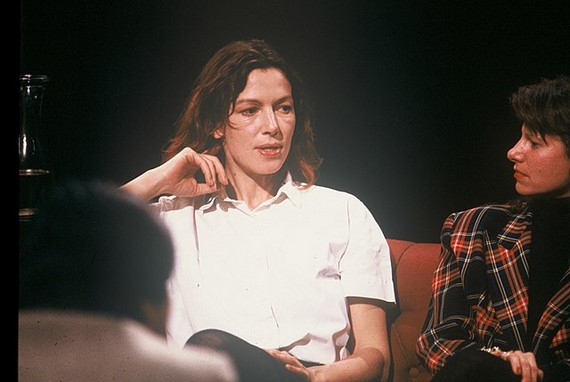 What was the clothing style in the 80s- Street Wear Power

And what was the clothing style in the 80s that gave women street-power like never before?

If anyone played a role in getting women in the 1980s to show off their fashion sense on the streets, it had to be Katharine Hamnett. Not until the 1980s was it that womens fashion got to be used as a voice for women. In her slogan tee designs, Ms. Hamnett gave women a voice in the streets that they never had before then.

Women wore t-shirts and crop tops with social and political messages and slogans, that very subtly gave voice to their thoughts and aspirations. The “save the World” and “Vote Tactically” slogans on Tees, inspired a whole new set of 80s fashion trends on the streets that other designers soon emulated. Years later, MP Caroline Lucas’s “No More Page Three” protest tee demonstrated that street fashion in the 1980s has entrenched itself forever!

Madonna’s famous leather jacket look was yet another one that caught on and changed womens fashion forever.   And while women wore leather in the streets, paired with high-waisted pants, popular designers like Gucci created a Madonna-inspired leather jacket targeted for men’s street wear.

And as nylon became a material of choice for fashion designers, parachute pants became the street-wear fashion choice of men and women alike – young and adult men and women wore them with equal delight! And while designers like Bugle Boy primarily made parachute pants for boys, they also came out with a girl’s version that became a street-wear hit! 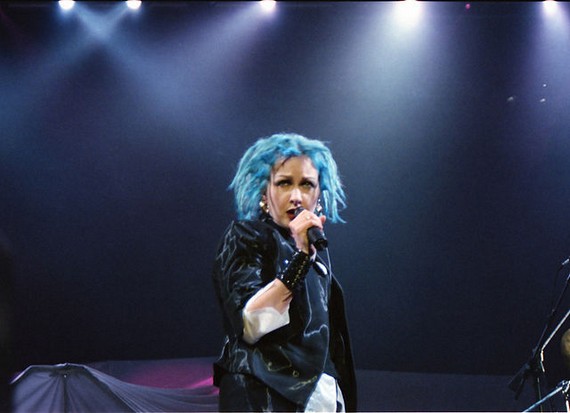 80s Fashion Trends Were About Fun!

If someone asked you what was the clothing style in the 80s all about? The one word that could describe it would probably be: Fun!

Crop tops worn high enough to reveal the belly button. High waisted pants that covered the belly button. Shoulder pads that made women look bigger than they were. Neon sneakers that glowed, and parachute pants that were available in multi-coloured designs. Women wore clothes in the 1980s that really liberated them.

So yes, Cyndi Lauper said it rightly: Girls definitely just wanted to have fun – at least that’s what womens fashion from the 80s proves!

Visitors should be aware that this site may participate in various affiliate marketing programs which means we may directly or indirectly be compensated by advertisers and marketers mentioned here. While all content that you find here has been carefully curated for your viewing pleasure, the site may be paid commissions to carry some of the content that you are exposed to.

While we may be compensated to promote some links to retailer sites, all of the sites presented and mentioned here have met our high standards of editorial review. The fact that we might be paid commissions by certain retailers, does not minimise the fact that the products, designs and services mentioned on this site are fully in line with what our visitors want us to provide them.