Many people ask, who is the owner of Vogue? Vogue is owned by a large publishing company, Condé Nast Publications. This is, perhaps surprisingly, named after a real person, Condé Nast, who bought Vogue way back in Edwardian times. He was a businessman turned publisher. By the time he died in 1942, he had made Vogue incredibly profitable, and also bought many other magazines.

Vogue has a long history. Founded by Arthur Baldwin Turnure in America in 1892, it was society magazine for men and women with a focus on fashion. After Turnure died, a businessman called Condé Montrose Nast bought it in 1909. It was his first publication. He rescued the magazine, which didn’t have a very high circulation. At first, it was published under “Vogue Company”. Later, the group was changed to “Condé Nast”.

Condé Nast died in 1942, but the publishing empire that bears his name still owns every edition of Vogue in every country. Currently there are 26 editions: American Vogue, British Vogue (known as Brogue), Vogue Italia, Vogue India, and Vogue Spain amongst others. In addition, Condé Nast publishes many other lifestyle titles. There are 22 brands in all at the time of writing.

Who is the owner of Vogue, and who is the Chief Editor?

There is no one owner of Vogue, as Condé Nast Publishing is a big group. Anna Wintour is the global editorial director of all the Vogues. She has been editor in chief of Vogue since 1988, and was then promoted to US Artistic Director of Condé Nast in March 2013. In 2019 she became the global content advisor of Condé Nast. Wintour makes decisions about the whole stable of Vogues. 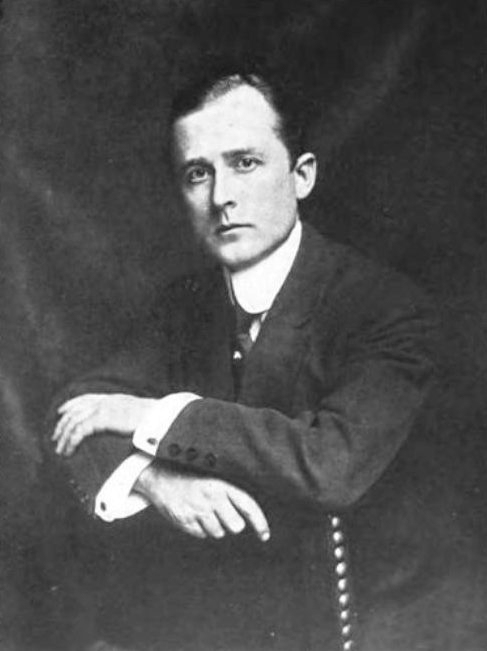 Who is the owner of Vogue? Condé Nast in about 1916. Image via Wikipedia.

Condé Nast loved the wealth that he’d built up, and lived in a huge 30 room apartment on Park Avenue, New York. He often threw fabulous parties there, but didn’t always attend them himself, or mingle. He was always immaculately dressed. On the whole, a little like Jay Gatsby in The Great Gatsby. However, it was important to him to maintain his position in American society so that he would have the authority to dictate what they should be doing, through his magazines.

He did not come from that world really, but entered it through ambition (and by marrying a socialite heiress).

He was actually quite a quiet guy. But he did have an eye for the (young) ladies, and often appointed staff based on their looks. In particular, editors of magazines were quite random, if you didn’t count the fact that they were gorgeous women. Betty Penrose, for example, was appointed to British Vogue straight from the advertising department of American Vogue. Maybe he was having an affair with the women he promoted, maybe not. His second wife was only 20, 35 years younger than him.

Who is the owner of Vogue? – Magazines for the Upper Class

He was also very ambitious, and actively involved in the day to day running of his magazines. His focus was on defining his readership. Not particularly out of snobbery, but so that his advertisers had a clear knowledge that they were paying to advertise to the exact people who would buy their particular products. Vogue focussed on the upper class. And unlike today, when it strives to be as inclusive as possible, it was important to Nast to actively exclude any other class. That’s why he worked to shape his image as one of them, and threw those parties he didn’t necessarily want to attend, and dressed so well. So when people asked, “Who is the owner of Vogue?”, he looked exactly the part.

He did not start magazines from scratch, but acquired them and overhauled them completely. When he became the owner of Vogue, he changed it from weekly to twice-weekly. He gave it more pages, more ads, and put the price up. He also started looking for the best photographers, and a good art director. Nast was passionate about the innovation of photography, which at the time, was fairly new. It was difficult to reproduce photos well in magazines; a line drawing was a far better illustration. But Nast worked on the problem until it was solved.

Condé Melrose Nast was born in New York City, America, on March 26th, 1873. He was named after his uncle. His mother, née Esther A. Benoist, the daughter of a banker and descended from a prominent French family. His father, William F Nast, was an inventor who had been the US ambassador in Berlin. William’s father, also called William, was a famous German-born Methodist preacher. Condé had three siblings.

Condé earned his degree and Master’s degree from Georgetown University, financed by an aunt. He then earned a second degree, in law, from Washington University.

Although he had worked so hard to qualify, Nast did not work in law. Instead, he got a job from a friend, as an advertising manager for Collier’s Weekly. He was very successful at this. He increased the advertising revenue a hundredfold over ten years.

During this time, he began to publish books and another magazine, Lipincott’s Monthly Magazine. He left Collier’s Weekly, to focus on his growing publishing empire. In 1909 he became the owner of Vogue. At the same time he turned Vanity Fair into a sophisticated magazine, too.

Condé Nast was married twice, and had three children. His first marriage was to Clarisse Coudert, in 1909. She was an heiress, set designer and costume designer. They had two children. They were separated by 1919, and divorced in 1925. His second wife was Leslie Foster. They got married in 1928 when she was 20 and he was 55, and divorced around 1932. They had one child. Nast’s final acknowledged companion was the Vanity Fair writer Helen Brown Norden. They were together for four years, between 1932 and 1936. Nast was also said to have many affairs as well.

During the Great Depression, starting in 1929, which affected a lot of American businesses and had a world-wide impact, Nast’s empire struggled, but he was able to keep his key titles.