Over in the US a few decades later, Amelia Bloomer (1818-1894) was fighting her own revolution. She lectured widely on women’s emancipation and argued for a more comfortable mode of clothing. The crinolines and corsets worn in that period were restrictive; corsets caused a great deal of injury to a woman’s internal organs and limited mobility. 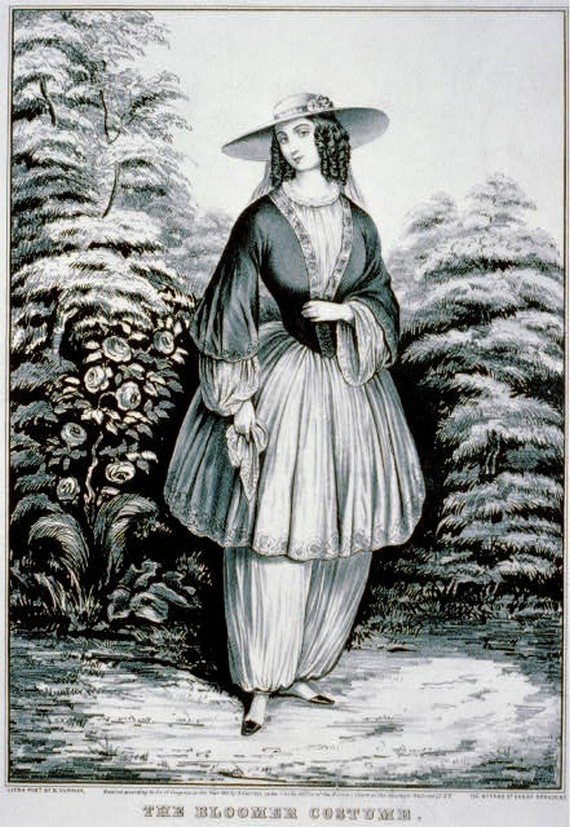 But it was skirts that Bloomer focused on. With their heavy layers of petticoats, floor length design and yards of material, the skirts of this period were quite cumbersome, and not exactly handy for sports. Since the invention of bicycles, men had been tearing about the roads, but women found it a little more difficult. There was a tricycle they could ride, but there was still quite a risk of trapping your clothes. 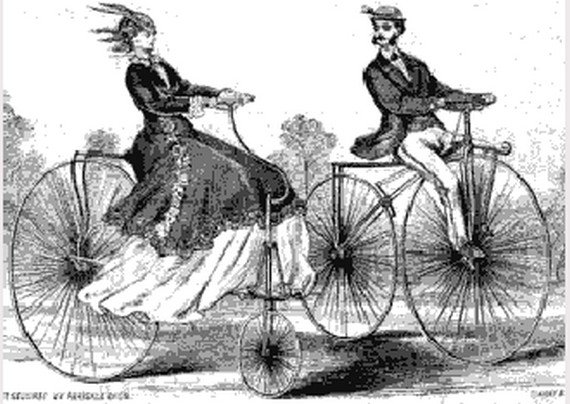 women on a tricycle

So, in the 1850s, Amelia Bloomer started promoting a costume that was more practical. The idea was based, she said, on Turkish women’s outfits, and consisted of baggy trousers with cuffed ankles. These were covered in part by a knee-length skirt and whatever a woman preferred on top, so usually a corset and bodice as usual.This was suggested as an outfit not just for cycling, but for daily life. But while it was practical, the implications were so radical that many women didn’t want to wear it. 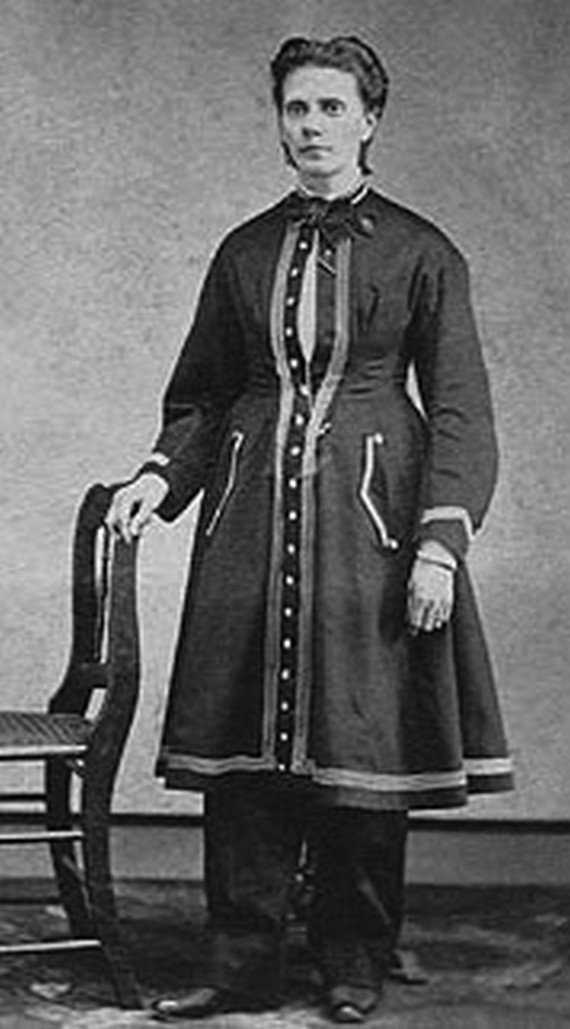 Amelia Bloomer herself, in her famed outfit

All of this didn’t prevent the gradual rise of the bicycle itself in popularity, but Amelia’s outfit was, for the moment, doomed. 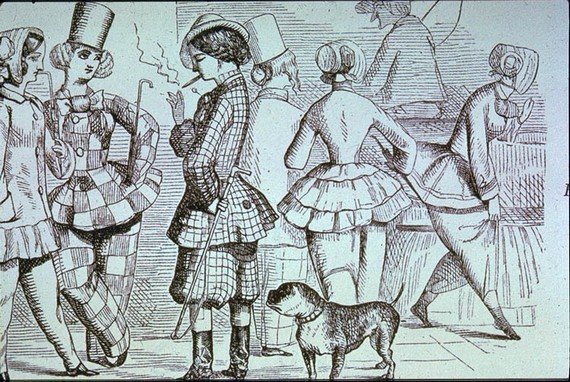 This satirical cartoon of the time (note that the skirts are exaggeratedly short, making the outfits more masculine than they generally actually were) suggests that once women take up wearing bloomers, they will naturally stand like men, smoke cigars like men, and generally behave like men – and then where would we be?But in 1881 in London The Rational Dress Society was formed. It was a movement with a lot of interest, including that from feminists, and those concerned with health.

“The Rational Dress Society protests against the introduction of any fashion in dress that either deforms the figure, impedes the movements of the body, or in any way tends to injure the health. It protests against the wearing of tightly fitting corsets; of high-heeled shoes; of heavily weighted skirts, as rendering healthy exercise almost impossible; and of all tie down cloaks or other garments impeding on the movements of the arms. It protests against crinolines or crinolettes of any kind as ugly and deforming….[It] requires all to be dressed healthily, comfortably, and beautifully, to seek what conduces to birth, comfort and beauty in our dress as a duty to ourselves and each other. (The Rational Dress Society Gazette, 1881).

They also suggested that no woman should wear no more than seven pounds of underwear. It might still seem like a lot but actually, it’s about half of that which was worn at the time. 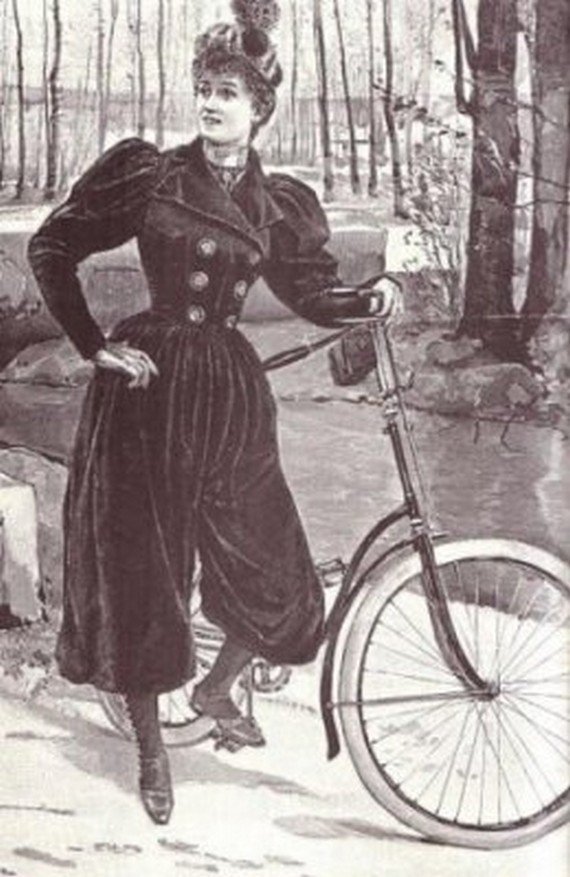 A rather dashing women’s cycling costume

Naturally, this brought about the re-introduction of outfits for cycling and other sports, and suddenly bloomers were back in. However, the whole cycling thing was still under suspicion, and so it was only a few upper class women who really went whole-heartedly for Rational Dress.

When one of its main champions, Lady Harberton, was refused admittance for coffee while wearing cycling trousers at a hotel called the Hautboy Hotel, a lawsuit ensued which stimulated a lot of discussion and debate, raising its profile and making it more popular.
But mostly, the effects of dress reformers filtered down gradually. Perhaps as a result of it alongside other factors Edwardian dress fashions in the 1910s did become simpler, with less voluminous skirts. And by the 1920s skirts were generally much shorter and corsets less restrictive. An active, sporty body was by then in vogue, and finally energetic women were in fashion.