And back to historical Women in trousers wearing, in 1941 wearing trousers (along with lipstick and makeup) is certainly seen as both “cheap” and rebellious, as we can tell by a scene in “The Chalet School Goes to it” by Elinor Brent-Dyer. 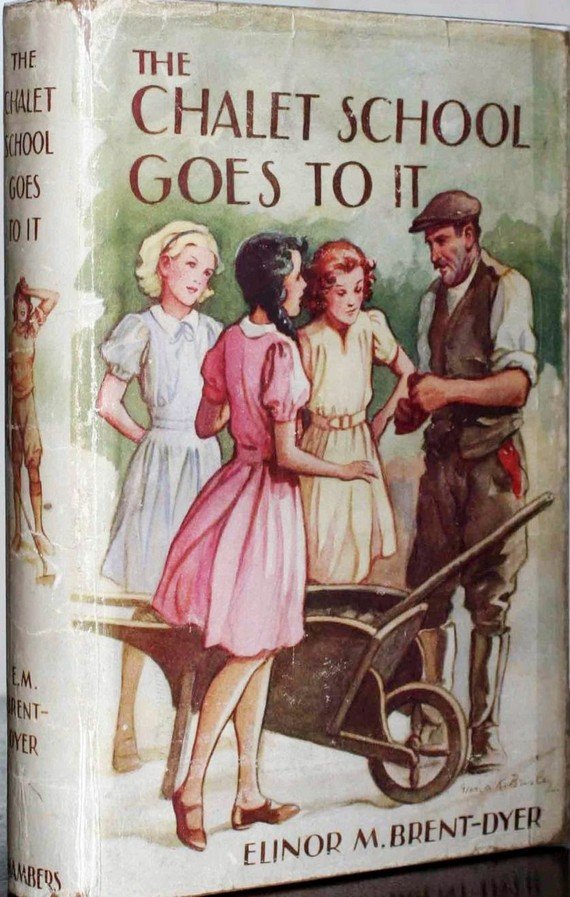 In Chapter XI, two 16 year old school girls appear in front of important visitors “…looking like a pair of ragamuffins, in their corduroys [trousers] and pullovers. […] And then, when they got up to her party, she made the pleasing discovery that the pair of them had been using lipstick!’

‘Pillar-box red, at that,’ put in Sigrid. ‘You could see it a mile away, judging by what she said to us later.’

‘Well, if one can rely on what Betty tells, she said, “We were only trying to show them how up-to-date the school is, Miss Annersley”.’ […]

“Don’t you see that if they’ve started making themselves cheap in one direction they won’t stop at it; they’ll be cheap in others.” (The Chalet School Goes to it, Elinor Brent Dyer, 1941). 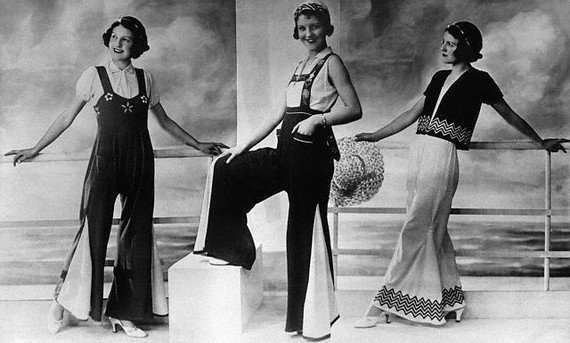 A vogue for healthy pursuits

The reason that these Women in Trousers actually owned trousers was because by then, trousers and pullovers were accepted for practical tasks, like gardening. This time period is a point where women began to shake off physical and moral restraints and demand freedoms and change: the clothing they wore started to reflect that.

A vogue for healthy pursuits had sprung up in the 20s and 30s and women shed their corsets, or demanded more forgiving ones, and climbed into appropriate costume – short skirts and singlets for tennis, or even actual shorts, and longer skirts and sometimes breeches for skiing. 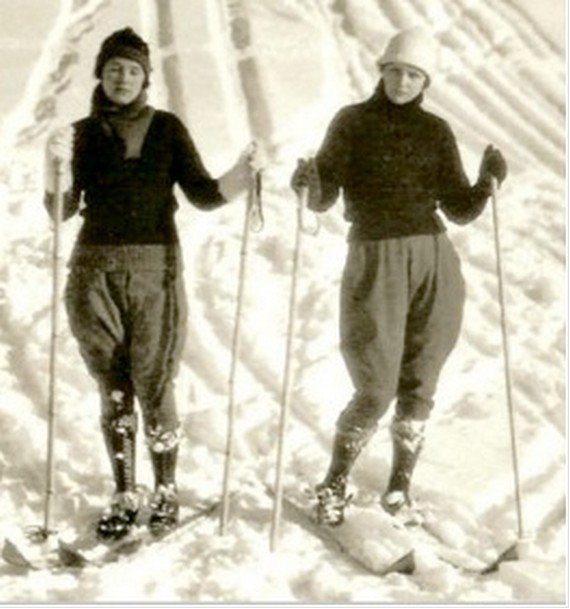 Skiing women in the 20s

Alice Marble, (1913- 1990) was a world no 1 tennis player who created a huge scandal in the 30s by becoming the first woman to play professional tennis in shorts. Here she is, looking very pleased about it! 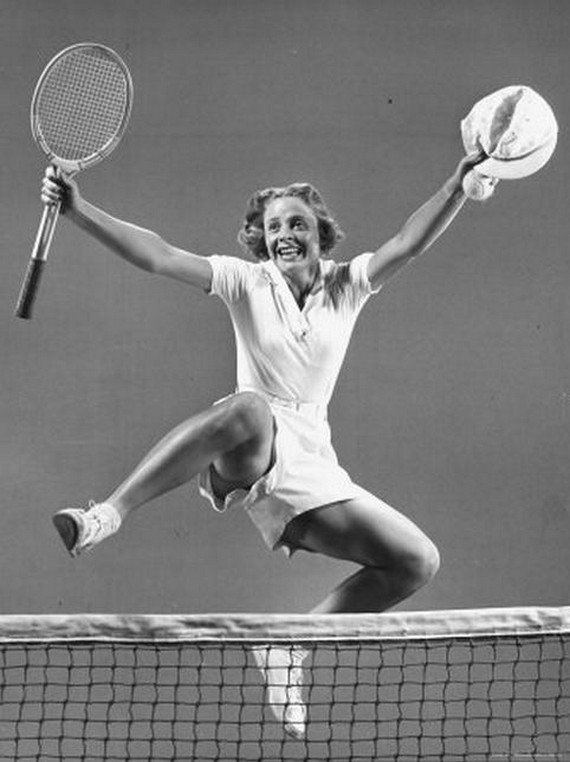 Charlotte Perriand (1903-1999) was an amazingly independent French furniture designer and architect. During her lifetime she travelled to Japan to advise them on design and take their ideas back to Europe with her. She also created iconic furniture designs, still in use today. Charlotte loved sports and swimming, and climbed mountains. Here she is mountain climbing in 1927 in shorts: 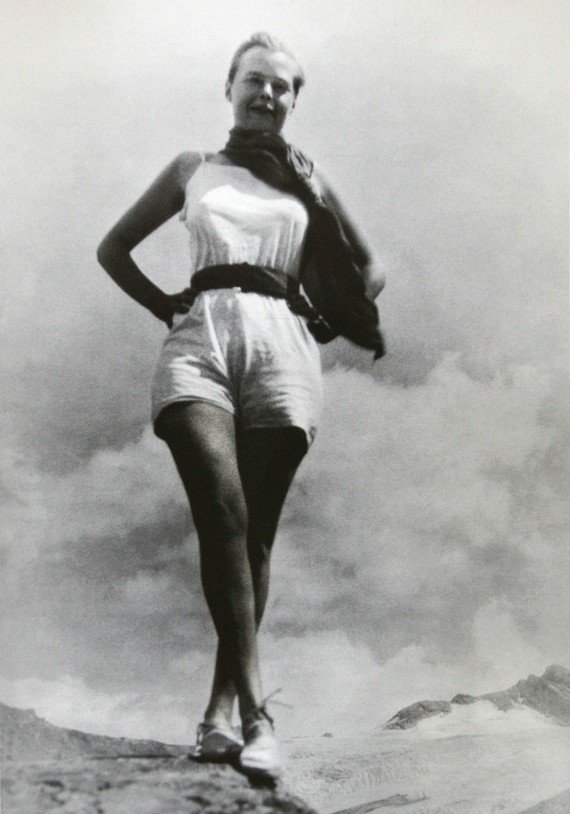 And just to go one better, here she is in 1935 a topless, Woman in Trousers and pearls: 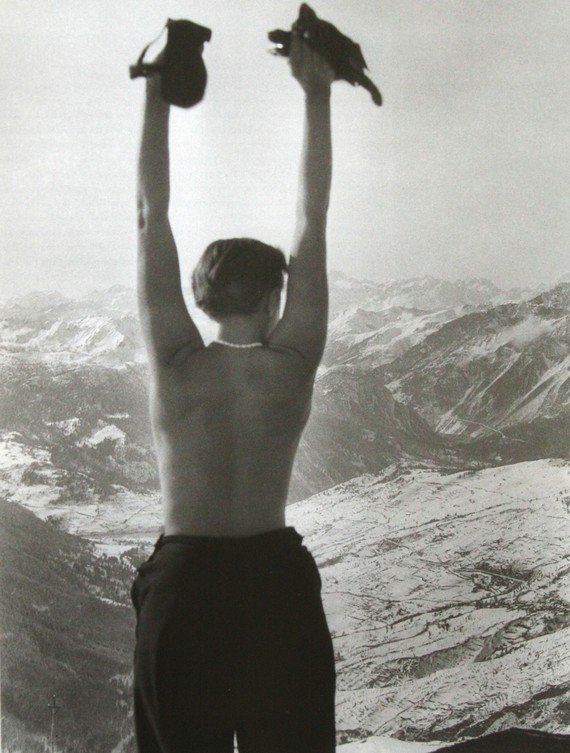