“You can see who wears the trousers in THIS relationship!” is a phrase that most readers will recognise. “Wearing the Trousers” is nothing to do with a person’s fashion choices, but a shorthand for assuming power. The implication with the Power of Trousers was that the man, the traditional trouser wearer, should be the decision maker, but more often than not it was the wife who wanted to grab the high status clothes.

Women in Trousers The Power of Trousers 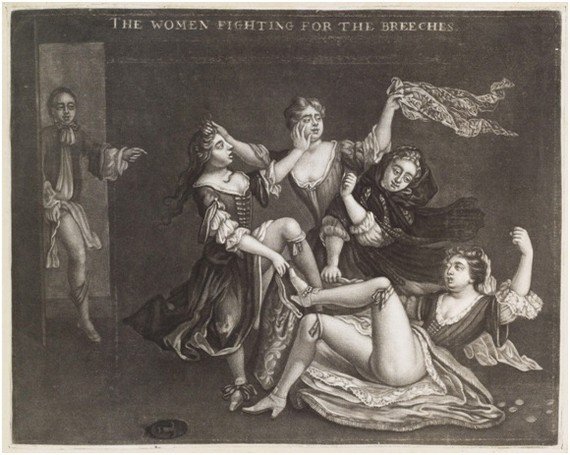 The women fighting for the breeches 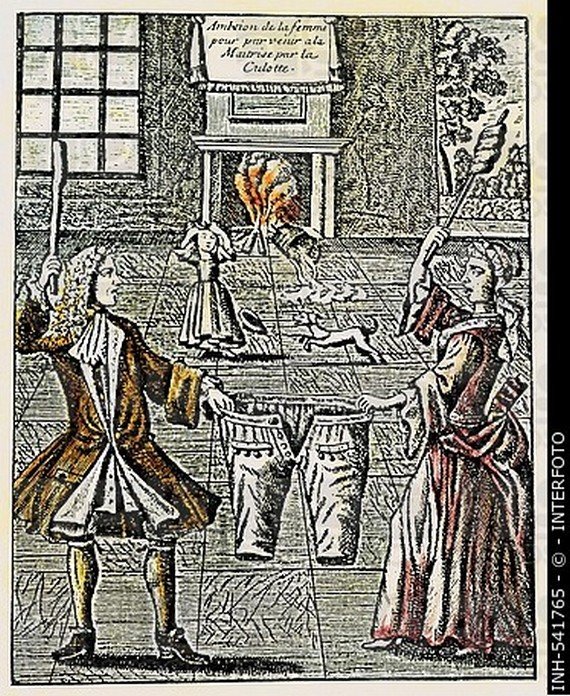 By the 18th Century, as many satirical prints show, “Who wears the trousers” was about who was in charge of the household – and beyond. 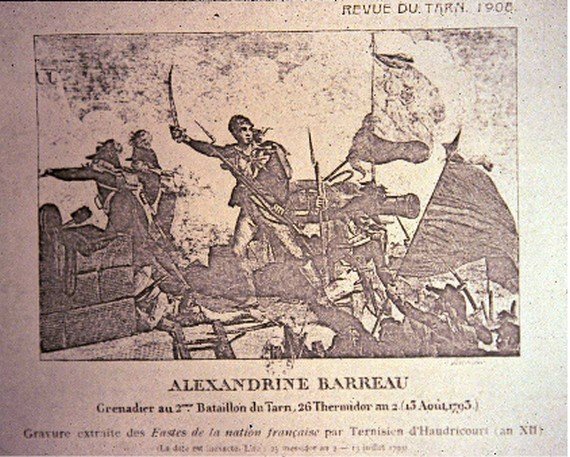 Women in trousers in the western world have often evoked nervousness. In the revolutionary and Napoleonic wars of 1792-1815, France actually allowed women soldiers in their ranks because quite simply, not enough men joined up. They relaxed rules about height and age and quite a few women joined, for reasons of romance like following a lover or husband, for reasons of adventure, or simply for reasons of money – the army pay was pretty good.

They were issued with standard uniforms including breeches, but as even before the war was over those uniforms were banned for females, or allowed only with special permission from the police. Even the wearing of trousers was looked on with suspicion. A law was passed on November 7th 1800, “Ruling on Women Cross-Dressing” which stated that “All women wishing to dress like men should present themselves to the police for such authorisation”. 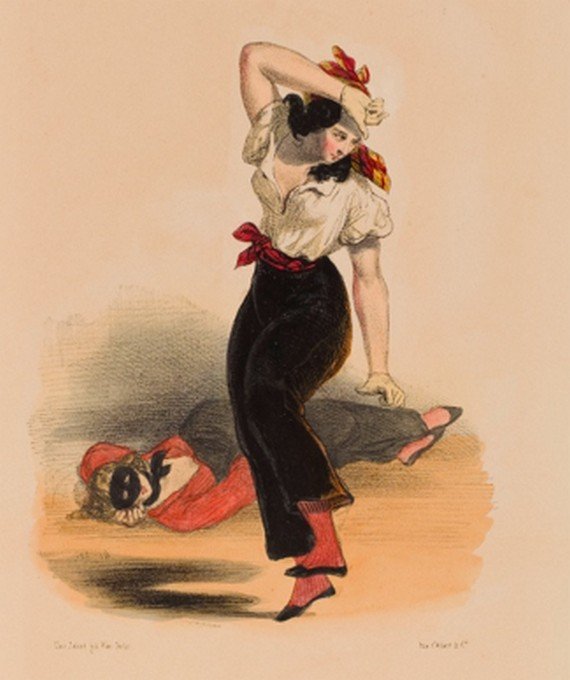 The Power of Trousers – Jail for Women

Pictures lampooning the edict in the 1850s show desolate women who have been thrown into jail for wearing male fancy dress during carnivals. Incredibly this was officially overturned only last year, in February 2013. The last time it was used was in 1930 when athlete Violette Morris refused to stop wearing trousers, and was stripped of her Olympic medals as punishment. 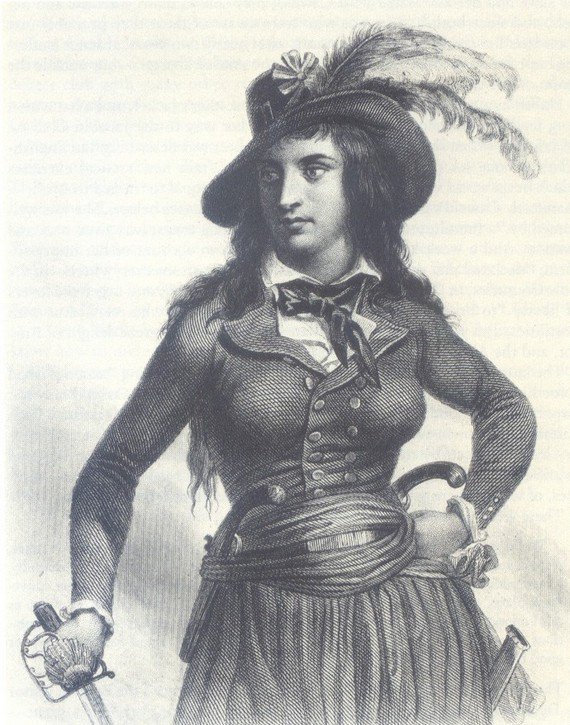 The Power of Trousers – The French again

Perhaps French men were right to be afraid. Witness the revolutionary Anne-Josèphe Théroigne de Méricourt (1762-1817), a French singer and performer who was instrumental the organization of the French Revolution.She often dressed in a “severely masculine” riding habit which included breeches, a style which was called “En Amazonne” by contemporary commentators.

Think of the myth of Amazonian fighting women, and you can get an idea of the raw female power that was ascribed to her. Théroigne specifically adopted this costume in order to create this frisson of transgression, and to underline her own importance in proceedings. (The pair of swords and pistols she also wore didn’t hurt as symbols of her fighting spirit, either).