Womens Vintage Snakeskin Bags in leather started to be used by women around the turn of the century. Previously, women had carried embroidered fabric bags, but with many now going out to work or even out shopping for the first time, the necessity for a stronger, more practical bag for travelling made leather an ideal material.

The first styles were based on horse riding fashions and initially stitched by companies who also made saddles. Women’s Vintage Snakeskin Bags bags came later.

The fashion for bags made out of exotic leathers started around the 40’s, although the skins had been in use for a long time before that and shagreen (sharkskin or rayskin) had a particular high point in the 20s.

Crocodile, lizard, ostrich, emu, and snakeskin came into vogue used on structured bags, often with shiny chrome handles or protective corners. Belts and shoes were made from the same material. Snakeskin can be python skin, cobra skin, viper skin, or water and sea-snake too.

Due to the expense of using real snakeskin, even at that time imitation versions were available, often from cow leather pressed into the characteristic texture and pattern, early moulded plastics, or even cardboard. 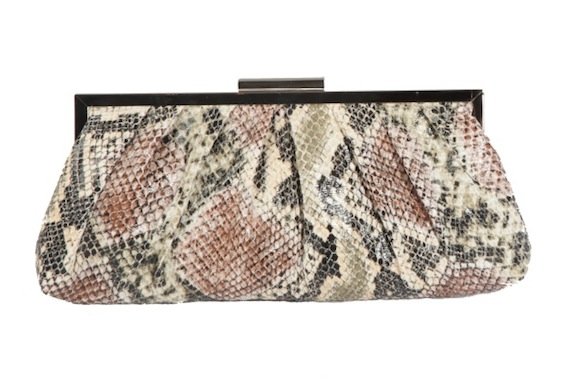 Vintage Snakeskin Bags, real and fake, was also popular in the glamour era of the 1970’s, and women carried huge snakeskin purses to go with their snakeskin cowboy boots.

Most snakeskin came from India, but in 1972, the Indian Wildlife Protection Act made snakes a protected species which put a stop to real snakeskin coming from that area, although it was still possible to import it from other countries. So most vintage women’s snakeskin bags will be pre-1972.

If you’re concerned about the ethics of using snakeskin, even the vintage version, look for vintage women’s snakeskin bags made from faux snakeskin, of which there are some very elegant versions about.

However, if you want the real thing, vintage Snakeskin Bags are of course, much less expensive than the equivalent designer versions today, and are often well made with beautiful silk or calf skin linings.

You can get Vintage Snakeskin evening bags designed for special purposes: I’ve seen opera bags which include a matching folding fan and green enamelled telescopic opera glasses, and tiny snakeskin bags designed to look like a large tassel, which open to reveal a single lipstick. Others have a mirror on the bottom so that you can discreetly check up on your makeup while you’re out. 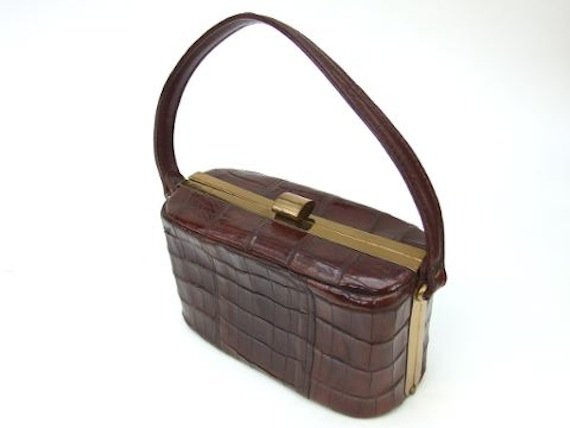 For something more practical, the structured handbags from the 40s look timeless and classic, and can hold most essentials.

If you want to use the bag while you’re out and about, make sure the leather is not cracked or damaged, and that it all smells good.

You can use Vintage Snakeskin Bags as inspiration or decoration too, and in this case it does not matter if they have some damage, since you don’t have to worry about all your things falling out when you go out with them!