How do you wear your hair, up, down, short, long, curly or straight? How we style with hair accessories is largely determined by what’s in fashion. Not all of us are a slave to hair fashion trends, but we are certainly influenced to a large degree on how we wear our hair, even if we don’t copy it to the nth degree. 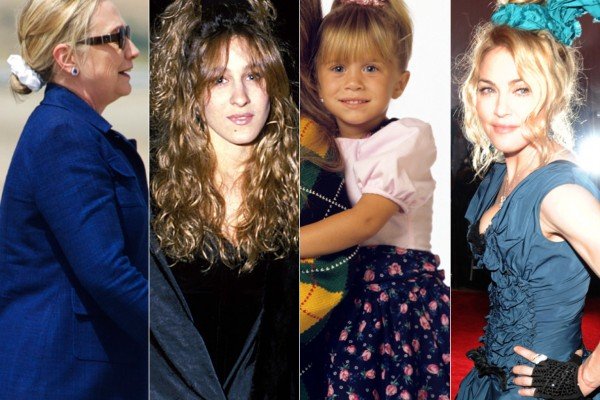 However you wear it, you’ll sometimes have it adorned perhaps with hair clips, elastic, hairbands, hair jewellery or bows. And who can remember dayglo coloured bobbles and the dreaded scrunchie? And if you’re really ancient, (like me) perhaps you’ll remember those hair bobbles with little plastic bits on the end, marble shapes, cubes or plastic figures.
No, I’m not about to announce a trip down memory lane and a return to the good old days and announcing a new fashion trend. You won’t find me buying into that hair vibe again, even if Cara Delvingne came on TV tomorrow and proudly announced scrunchie mania live on the 6 o clock news. No siree.

What we’ll be talking about today is hair wear, or hair accessories and we’ll be taking a brief look at some contemporary looks, but also at a couple of older eras over the coming weeks, and how you can achieve a particular look with vintage hair accessories. Today we’re going to look at the 50s and 60s. 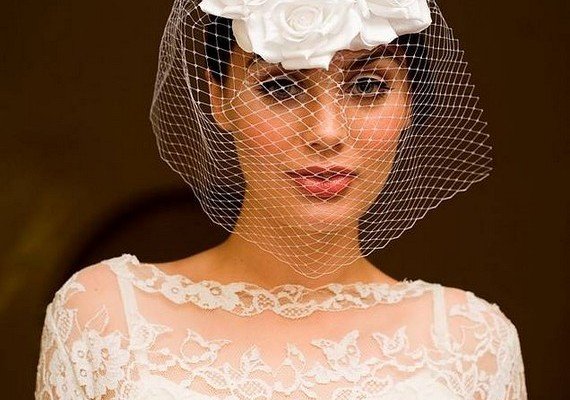 The 1950s saw the birth of rock and roll and hair was worn either short or long. Hair was often either curled or waved regardless of the length. Hair pieces would often be used to add a little definition to an up do, such as a chignon perhaps and they were usually made out of human hair.

Wigs were also around in the 50s and were also made from human hair – often they’d be teased into curls or styled a particular way ready for the wearer. 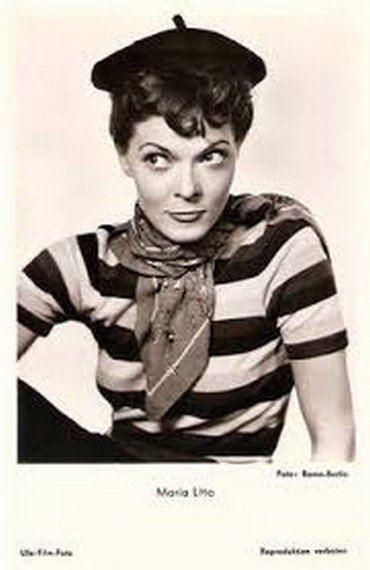 Hats were popular, such as the pill-box hat, or a beret and were often worn on the side of the head, they were often quite small and looked similar to the hair fascinators worn today. In the early 50s it would have been inconceivable to not wear a hat in public. This changed as the 50s wore on, with less in the way of hats, gloves and matching bag worn as part of an outfit. While they were in vogue, hats would often come with embellishments such as birds, veils and feathers. 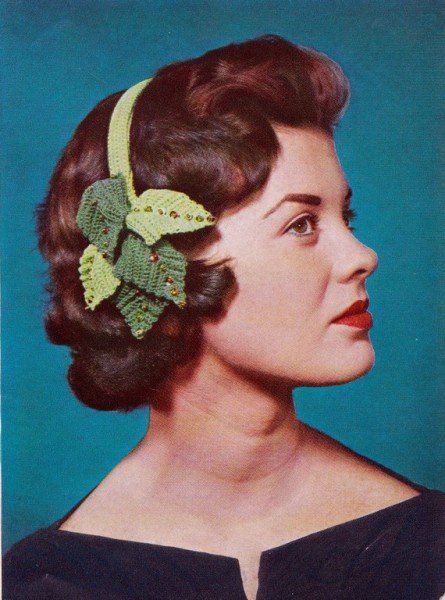 Head bands became extremely popular, especially the rockabilly look with a thick piece of fabric tied with a bow at the crown of the head, which are still worn today. Some hair bands were thinner and made of either plastic or metal and embellished with paste gemstones or flowers. Hair bands were often quite useful for holding short hair back, especially the more flamboyant Italian shorter styles that were in fashion at the time.

Unthinkable now and extremely aging, head scarves were often worn on the head and tied under the chin, almost comical in appearance if worn over high hair that had been enthusiastically backcombed, even funnier in the late fifties and sixties when women were wearing their hair even higher. 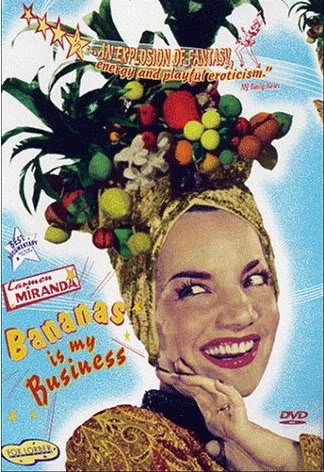 Carmen taking it with good humour

If you want to emulate a 50s look you don’t have to cut your hair, you could wear it longer and add a hair piece, and there are plenty of references on the internet to look at first to give you an idea. There are plenty of hair bands on sale in high street stores, hair salons and smaller boutiques. You can either cut a piece of fabric for the hair band look or buy one online, get someone to tie the bow at the front if you’re struggling.

The smaller hats with veils and ornaments may be harder to find in contemporary stores unless they’re part of a new trend that’s been launched. Try vintage stores and second hand shops, or ask an elderly relative if they have one hiding in their wardrobe.

The 1960s saw a lot of changes where hair was concerned and was far less restrictive and looser than the previous decade, as were clothes. London quickly became the place to be in terms of music and fashion, with Biba and Mary Quant creating new looks that were a world away from the tight corsetry and clinging calf length dresses of the 50s.

There were many influences both in cinema, the modelling world and in music that aspired hair stylists. High backcombed, bouffant hair, pillbox hats, Brigitte Bardot’s iconic backcombed hair and then more natural looks, influenced women everywhere. There was Julie Christie, Sophia Loren and Audrey Hepburn, and models Twiggy and Jean Shrimpton. Mia farrow’s short look was severe, but perfectly suited her elfin features.

The beehive was another new look in the sixties and women wore this style with plenty of backcombing and extra hair pieces to give the hair added height. This hair style perfectly suited good bone structure and chiselled jawlines.
Again, wigs and hairpieces were popular, as they had been in the fifties, but now there were fake hair wigs, as well as those made from real human hair that could be simply pulled on to the head and worn immediately. 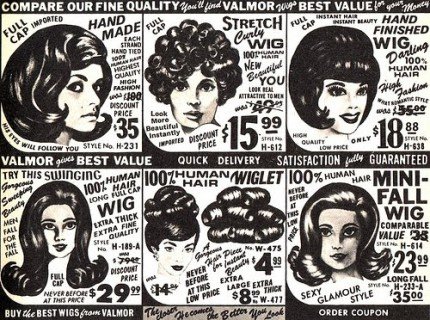 Headbands and hairpins were still popular, but were thicker and sometimes even came with fake hair attached, which may seem strange now, but were good at helping to build height. Sometimes they came with bows attached and sometimes they’d have a comb which helped to sit in the hair more securely.

In the 60’s,  haircombs, hairslides ,hair clips in hair accessories were popular, usually made of plastic – they’d be well decorated with stones, bows and black and white geometrics in keeping with the increasingly popular mod movement. Comb grips were popular for holding up sixties beehives and were often made from tortoiseshell.

Yes, headscarves were still worn, but thankfully some were now being worn the other way round with the scarf tied behind, at the nape of the neck. It was a sign that things were changing and women no longer wanted to look like their mothers.

Big sunglasses were in and for the hair – all sorts of natural items were used to adorn it.In keeping with the move towards the more free living hippies and “flower power,” flower hair clips were worn, with feathers and flowers worn at the front of the hair.

Again these looks can be achieved by purchasing contemporary items, such as scarves and hair pieces. Beehives and backcombed hair can be seen by trawling the internet or old movie annuals. Look to your older relatives for ideas on hair styles and hair accessories for this period and have a look in their jewellery box, or at the back of their wardrobes for some authentic finds.

Look in both second hand and especially vintage stores for some authentic fabric with bright colours, paisley and swirls of the swinging sixties. Natural items such as feathers and flowers can be found anywhere and simply pinned to the hair. Consult old hair magazines or the internet for instructions on how to wear the more complicated hair Accessories styles if you don’t have any relatives to ask.

BRIGITTE BARDOT AND THE HIGH HAIR