When it comes to 20s fashion, few readers understand that style trends of the 1920s are so popular that they are making a comeback in women fashion even today!

Nothing about the 20s fashion environment seems to have faded away. Many of that eras style dresses and womens fashion pieces have inspired contemporary designers.

In many ways, the 1920s fashion era may be seen as the “coming of age” for women fashion. And while there was still a long way to go before the flapper trend took broader hold in the 20s fashion industry, clearly the roots for a fashion revolution were set in that period.

But readers will be interested in learning that 1920s women were not the only beneficiaries of the tidal shift in 20s fashion trends. Even men of that decade experienced a sort of “coming out”! 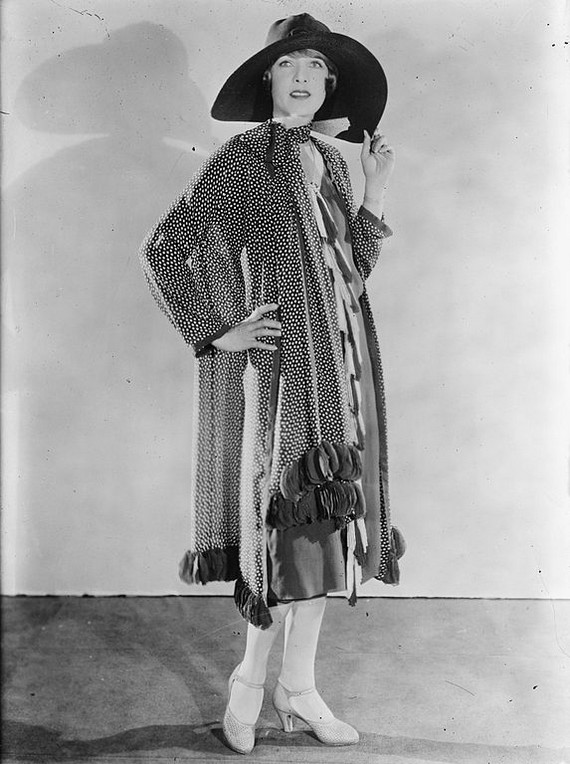 A tidal shift in 20s fashion

Though it may be hard to believe, but the Great War can be attributed for the tidal shift in the way 1920s designs of dresses and other clothes were shaped. During the waning years of the war, both women and men were already feeling the toll that the global conflict was having on them. 1920s styles until then were primarily sombre and drab-looking.

But then, as the war drew to a close, several things happened that would have an indelible impact on 20s fashion:

All of these developments contributed to a gradual, yet discernible, shift in how fashion and 1920s styles evolved.  But by the end of the decade, a tidal shift in women fashion had occurred, whose influence is seen even in the way womens garments are designed today. 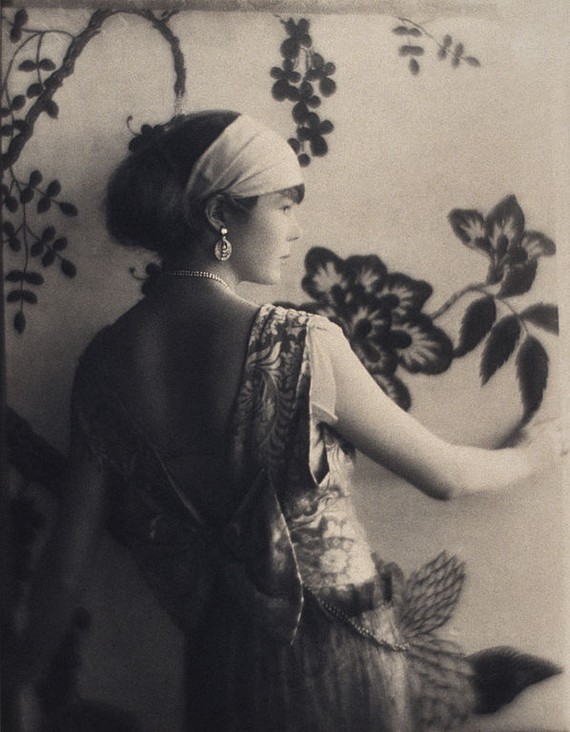 While global trade and new manufacturing methods definitely impacted women fashion in the 20s, other developments also contributed to the tectonic shift in how men and women changed their perceptions of style and dress sense.

The end of hostilities saw more women come out and join the workforce. Until then, they were cloistered in factories, with fashion dresses the farthest from their minds. Until then, given that they were a key element of the war production effort, women’s clothes were primarily fashioned on men’s overalls. But all of that was set to change in the 20s.

Suffrage and prohibition added to women’s freedom in the 1920s, and that too had its impact on 20s fashion trends.

More women felt liberated enough to take up jobs in offices and businesses – and that meant she had to wear a working women style dress – not an overall from the factory!  Since they were out and about, many women talked about their dresses and exchanged tips about their clothes with one another. And that gave yet another boost to 20s fashion. 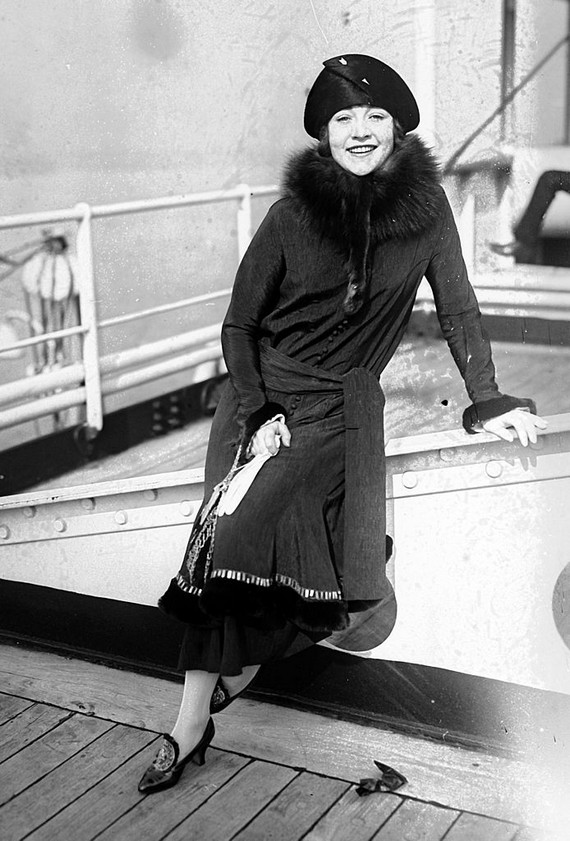 Women were now seen in more areas of society than before. What used to be traditional male-dominated jobs, like counter staff and sales assistants, were now open to women too. Thus, as the 1920s women “stepped out” more into the open, women dresses of that era started reflecting their new, and more liberated role they were playing across society.

And thanks to Gabrielle ‘Coco’ Chanel, from whose inspiration even some of today’s walkway pieces are fashioned, 1920s women for the very first time sported trousers and jackets!

20s fashion statements were also about lifestyle statements – where liberated women openly experimented with their sexuality. The lines between male dominance of key areas in society were also being blurred, and that had an impact on women fashion trends of the 20s too.

Nowhere was this juxtaposition more prominent that when 1920s British actress Dorothy Mackaill came on set in a full tuxedo for her movie The Crystal Cup. And while some would say “its just a movie!”, Mackaill’s costume was really a liberated women fashion statement of the decade! 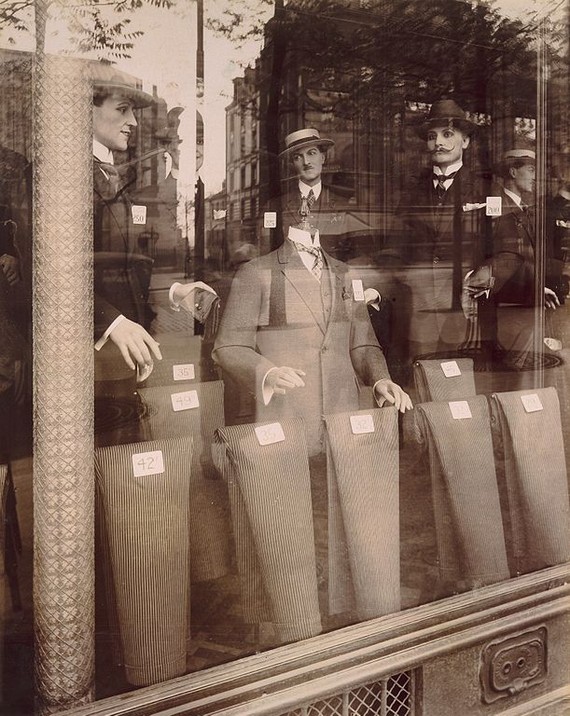 But one phenomenon that really set momentum to 1920s fashion was the clever use of marketing tactics by popular women dresses designers and retailers. As they saw more and more women liberated from their “housewife” lives, the retailers used mannequins to showcase 1920s styles and fashions across their shop windows:

Many of these developments set in motion a chain of events that further propelled the 20s fashion revolution.  From a variety of period style dresses, to tops and even womens shirts – all of these came together to give women their very own 20s fashion statement. 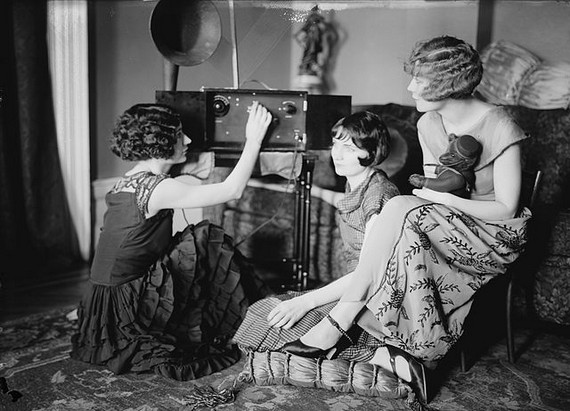 The “coming out” of women fashion gave rise to a whole new paradigm for 1920s dresses, blouses and skirts. Prior to the 20s age that would come to be known as the “Roaring Twenties”, cinched waists and floor-length dresses were the norm. There was a strict Victorian code of conduct around conduct and dress styles for women. Clothes had to cover a woman’s arms, and the corset was a standard piece of undergarment.

In America, the passing of the 19th Amendment meant women could now vote, and more ladies took to driving around in cars. Womens dresses grew shorter in length, and even their hair-dos changed to match their dress styles. The bobbed-hairdo that famed actress Colleen Moore invented came into its own in the 1920s!

As these trends formed, their reverberations were felt beyond the USA, with women fashion in the UK and the rest of Europe taking cue. While older men and ladies frowned upon the younger generation, the youngsters were busy founding the dawn of a new 20s fashion era.

It was in 1927 that this strange new 1920s fashion “phenomenon” really got a name. It was then that 10-year old Mildred Unger took to the skies and did her famous Charleston dance mid-air on the flaps of an airplane. The Flapper Generation had just taken off, and with that the 20s fashion era had come into its own.

Fashion dresses of the 1920s were also heavily influenced by the fact that more women were now also attending college, and being “educated” about styles and fashion trends of the day. Prior to that, most ladies were expected to wear cotton dresses, coats and matching cotton gloves, bags and shoes. College-going kids added a new dimension to 20s fashion.

No longer was cotton or linen the centre of clothes for the young lady of the 20s. Since they were so much “on the go”, and cotton was a high-maintenance fabric, women fashion designers offered flapper kids plenty of options in kitted fabric.

And the 20s fashion meant changes to men’s clothes too.  For instance, the slim-fit, plain coloured suit was a staple for gentlemen prior to the 20s. But the 1920s fashion revolutionised that look too. Men embraced wider trouser legs on their suits, and loose coats, wider-striped suits and clothes made of tweed and plaid were popular style choices among working men of the 20s. 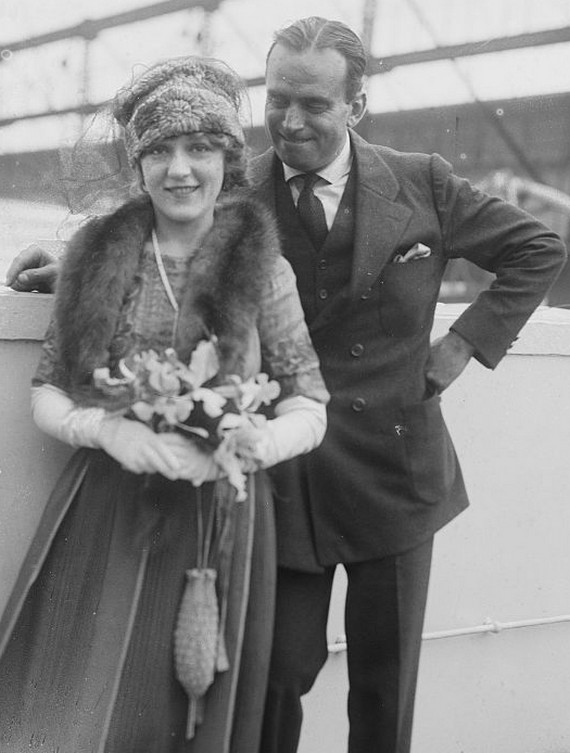 Fashion for the typical flapper woman was more than just about knitted dresses and printed blouses or shorter skirts. 1920s styles also incorporated newer ways to accessorize a wardrobe.

While sleeveless dresses were very much a 20s fashion statement, long pearl necklaces were a common woman fashion accessory to go with them. Some women preferred a diamond tiara to add a touch of magnificence to her outfits.

Clothes from that era were also given an added boost by using golden or silver arm bangles and bracelets.  1920s dresses were also complimented with silk scarves and shawls, especially in cooler weather or for outdoor evening activities.

The 1920s also saw men accessorise their own wardrobes with a choice of weather-appropriate headgear. For the most part, gentlemen’s style choices had to include a felt hat that matched their outerwear. Those were tossed aside during the summer, for a cooler straw Panama, which was a signature of 1920s fashion for men.

But probably one of the most iconic women’s accessories of the 1920s might be the shoes that women wore.  Up until then, longer dress styles and ankle-length outerwear hid the shoes that adorned women’s feet. But the flapper generation changed that.

20s fashion saw hemlines creep higher, exposing the footwear that women now choose to wear. And that gave designers of women dresses an opportunity to accessorise their clothes with a complimentary assortment of shoes and footwear.

Shoes with traditional sturdy heels were replaced by more delicate and sleekly shaped heels to match dress styles to go. And while the Edwardian pointed-toe style prevailed initially, the late 20s saw womens clothes designers encourage the more rounded-toe shoes as a must have accessory.

Everything 20s fashion under one roof

20s fashion has inspired generations of clothiers and fashion designers to model their own creations. Even today, there are traces of the 20s in many of the new ladies dress styles and men’s outfits. And given the inspiration that 1920s fashion offers; fashion conscious individuals are even mixing and matching vintage 20s pieces with their contemporary wardrobes.

And to accessorise your dresses and suits and give them that retro 20s look, we have waistcoats, wallets, rings, and watch chains to go.

If you are looking to recreate that 20s fashion experience in earnest, you really don’t need to throw away everything you currently own and start afresh. By strategically incorporating 1920s styles pieces into your current ensemble, whether it’s an imitation snakeskin clutch bag or metallic gold sandals, or a flapper era printed vintage scarf; you can recreate your very own 1920s fashion statement.